“Any given Sunday.” That is a big phrase you hear commonly in football. Especially in games where there’s a real underdog story present. It basically means that any team can beat any other team in any given game. This phrase has given birth to a phrase that I like to call, “Any given season.” I know, it’s clever. I will also sue you over copyright if you attempt to use it.

My cheap knockoff of that age-old phrase basically means that any player can have a great season almost out of the blue (sometimes this success becomes sustained). Sometimes the players that catch this wonderful wave of playing are rookies, sometimes they’re backups thrust into important positions, and sometimes they’re just guys that were waiting patiently for their moment to truly break out.

In this list, we will be looking at five players that are going to truly come to play this season.

Humphrey’s rookie season didn’t see the attention that the Ramsey’s, Lattimore’s, and White’s of this world get. Humphrey quietly played his rookie season like a veteran of this league. He compiled 34 tackles and 13 plays on the ball (2 INTs), all while being graded by PFF as the #33 overall corner with an 82.7 rating (above average). His PFF grading included being the number 5 ranked corner with 379 coverage snaps without a TD allowed. These numbers come from a rookie season where Humphrey didn’t see as much CB2 time as he should’ve, and often played as a package player and as CB3 on the depth chart. Humphrey outplayed Brandon Carr last season. I fully expect him to start this year as the number 2 corner on that depth chart and make the Ravens defense even better. He could have a better sophomore year than Lattimore or White.

Who? Kittle’s numbers from last year go 43-515-2 (Receptions, Yards, TDs). I don’t think he got enough credit, even if those numbers don’t jump out. He was a 5th round rookie TE who put up similar numbers to 2/3 first round TEs from the same draft (Njoku, Howard). Kittle should look to make a noticeable jump this season with the QB situation flattened out. Anyone that read my “15 Most Overrated NFL Players” article knows I’m not with the Jimmy G hype. But I do think he is an upgrade over what they did have and provides more leadership and stability. This should help Kittle possibly burst out for a Top 10 fantasy season at his position.

Another 2nd-year NFC North DB. Nice. Technically, last season was Jackson’s second year, but considering he missed his entire actual rookie campaign, I consider last year to have been his rookie year; and what a rookie year it was. He played more like he hadn’t missed his rookie campaign. Jackson posted 14 PDefs and an INT while being graded an 89.2 by PFF (#8 overall). Jackson finished 5th in the league in coverage snaps per reception and 4th in coverage snaps without a TD allowed. His tackling numbers and tape were underwhelming, but he showed excellent instincts when the ball was in the air. Antonio Brown is the man representing bumblebees in this photo. He’s also the best WR in the game (don’t @ me on that). In two matchups against the Steelers, Jackson has allowed zero catches and recorded four pass breakups when covering Brown. His make up speed, instincts, and high motor makes him a prime candidate for a huge year.

Doctson was drafted #22 overall by the Redskins in the 2016 draft. His play has shone brighter than those taken before (Will Fuller V, Corey Coleman) and after (Laquon Treadwell) him in the first round of that draft. Doctson only played in two games his rookie year before being placed on IR. Because of that, like Jackson, I considered last year to be his real rookie year; and he did some things rookies just don’t do. With what should be a rejuvenated backfield and career dump-off passer in the nation’s capital, I’m not sure I can see Doctson exactly lighting up the stat sheet. I do see him absolutely embarrassing defenders that think he can be guarded with tight coverage, though (Richard Sherman who allowed it even while obviously committing pass interference, Shaquill Griffin, David Amerson, Jaquiski Tartt, Marcus Peters, PJ Williams, Janoris Jenkins, and Byron Jones). PSA: Randy Moss is back, and his name is now Josh Doctson. 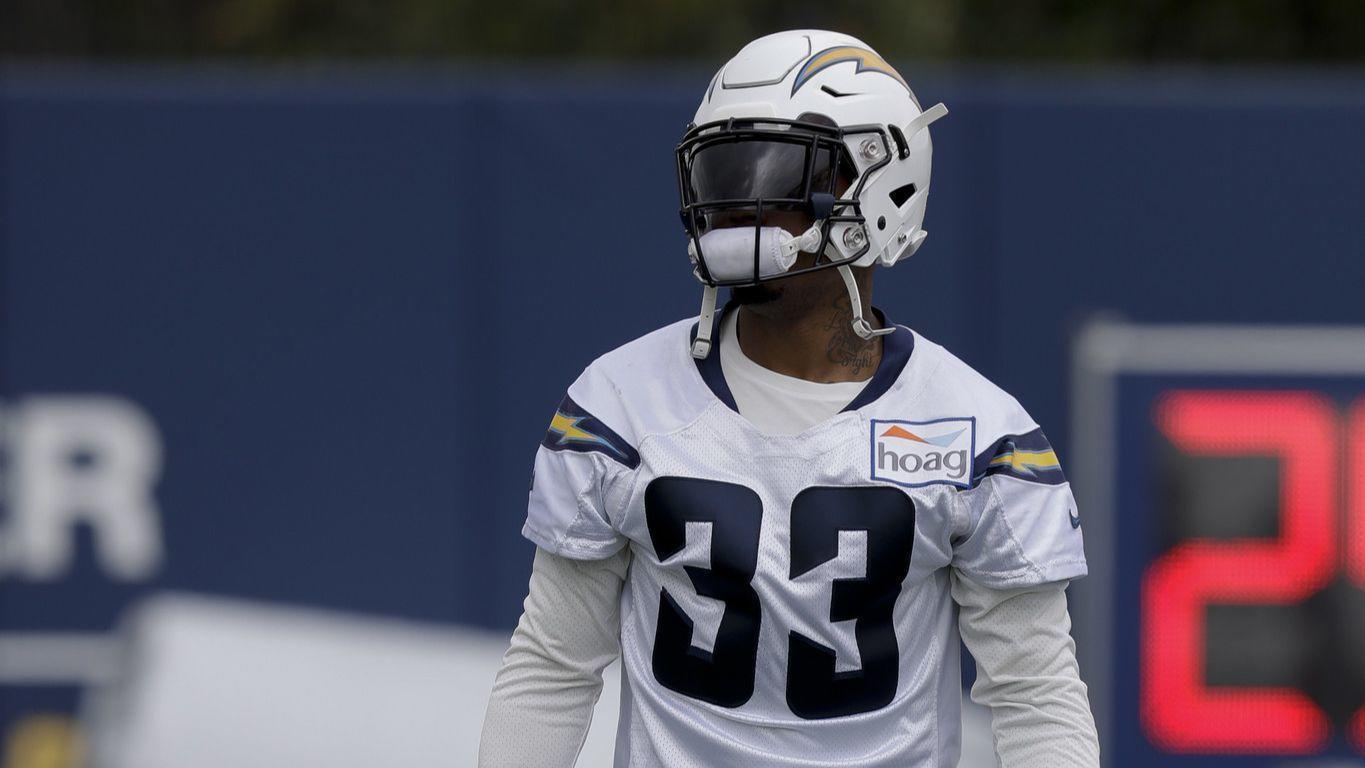 How did this dude fall to the Chargers? A team that is poised for a spectacular year added the best secondary player in this year’s draft. Minkah Fitzpatrick being more of a lock over James is something I never understood or ever will understand. By the end of both of their careers, I’m sure that’ll stay the case. At 6’2 and over 220 pounds, James ran a 4.47,  had over 20 reps on the bench press, and recorded a 40″ vert to go with an 11-foot broad jump. He didn’t participate in the agility drills, but the tape shows a freak natural athlete that also happens to have very fluid hips. He is an alpha male that everyone can follow and is a football junky as well. His vision is his only real downside, but I have confidence that Ron Milus can fix this enough come the season opener.

7 career sacks for the 3rd overall pick from 2013 is extremely unimpressive. Jordan simply failed Miami. Off the field issues that lead to large gaps without playing time and struggles during playing time have truly made Jordan worthy of the “bust” label. But he can quickly change that in Seattle. In 5 games with the Seahawks in 2017, Jordan totaled 4 sacks and 10 tackles. That is twice the sack total that he posted in his rookie season with a full 16 game slate. Jordan may have finally fixed his on the field issues involving using strength and leverage and not just freaky speed. If this is the case and Jordan can manage to fix his off the field problems and stay healthy, I have no problem seeing him post double-digit sacks consistently.