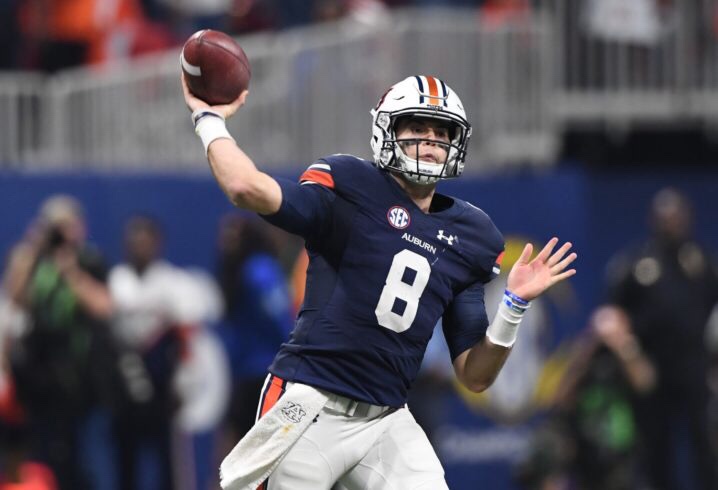 Accuracy: Accurate at the short and intermediate levels of the field. Usually has command of ball placement when leading receivers into open space. Sometimes will throw behind receivers running horizontal routes. Can throw it to a spot and anticipate when throwing window is identified. Struggles with vertical accuracy. Tends to overthrow open receivers down the field. Shows flashes of excellent touch, but still struggles to drop passes in the bucket. Relatively accurate on the move.

Processing: Slow processor. Predetermines where to go with the ball without responding to the coverage. Uncomfortable when having to go through progressions. Struggles to operate a simplistic offense. Holds onto the ball when first read isn’t open. Consistently fails to see open receivers in the soft spots of the coverage. Also doesn’t anticipate throwing window before they appear. Will manipulate defenders with eyes when coverage is identified.

Decision Making: Mental clock (of when the ball needs to come out) is non existent. Relies on extending the play with his legs for receivers to uncover (if first read isn’t open). Rather than identifying the coverage, staying in the pocket, and going through progressions. Is safe with the football but shies away from tight window throws. Will stare at open at receivers and not pull the trigger. Makes poor decisions under pressure.

Poise: Has a history of unraveling in big games. Was rarely the reason why Auburn won. Struggled when relied on to win the game. Very shaky under pressure. Drops eyes when first read isn’t open. Rarely hangs in the pocket in the face of the rush. (As mentioned before) Very dependent on first read and panics when it’s not open.

Consistency: Plays best from a consistency standpoint when everything is going right. When first read is open, playing with a lead, and the protection is good. However, if all of those things aren’t perfect  (they usually aren’t). Stidham struggles.

Pocket Presence: Doesn’t feel pressure well. Has to drop eyes to see where the rush is coming. Tends to  run into sacks. Tries to escape the pocket rather than stepping up. Tends to see ghosts in the pocket.

Mobility: Not fast but can move enough to pick up a first down every now and then.

Jarrett Stidham is a accurate enough thrower that can manage games in perfect situations in the NFL. His slow mental processing speed, shaky play under pressure, and inability to be poised in big moments are reasons why he projects better as a back up at the next level. He doesn’t have much physical upside so his ceiling is relatively low. A West Coast Offense would be best for his skill set.