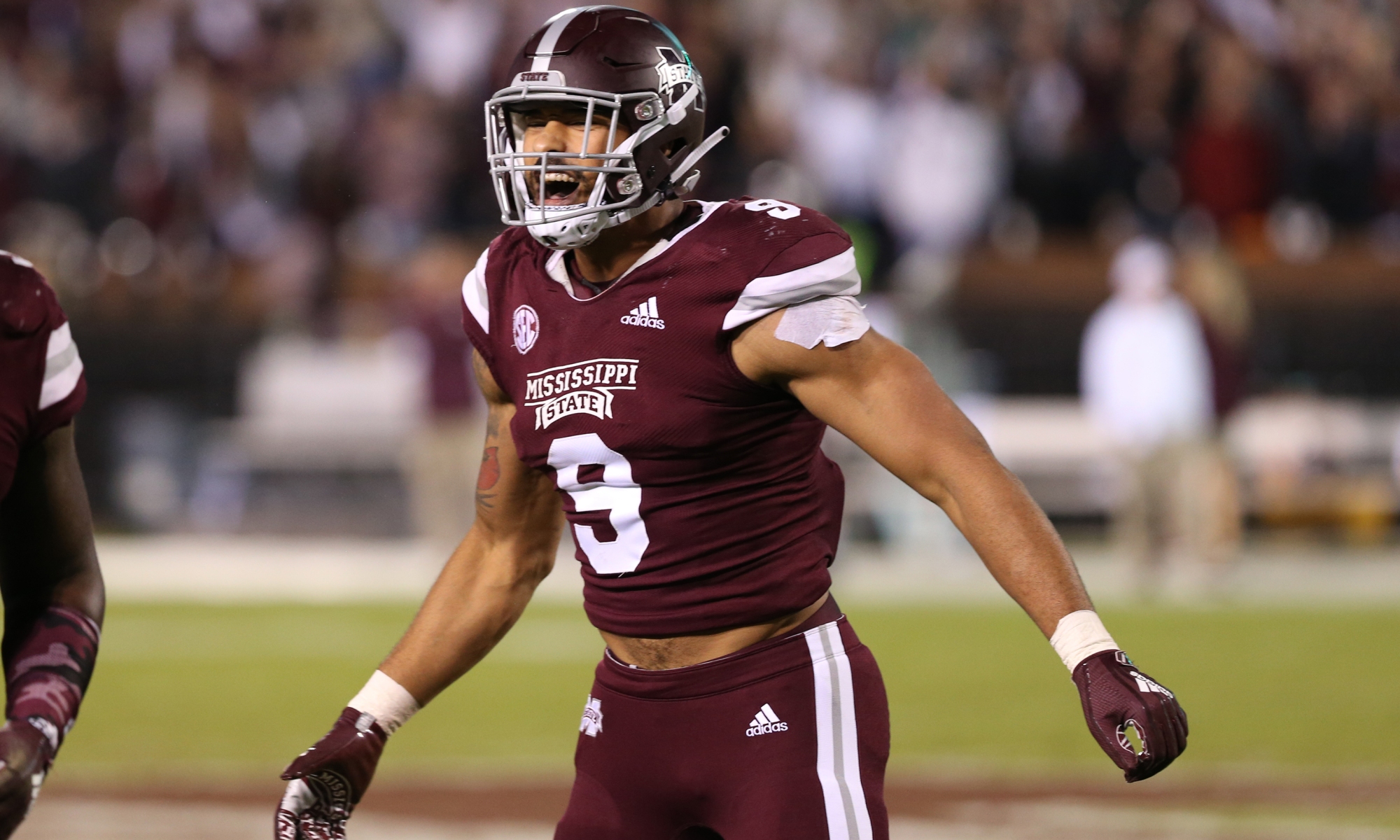 Ball Get Off/Arc Speed: Has excellent burst of the ball, especially out of a 3 point stance. Also, shown the ability to consistently time up the snaps to enhance his get off. Utilizes long strides when running the arc, but arc speed leaves some to be desired. Burst doesn’t seem to be as potent against quicker footed tackles.

Run Defender: Exceptional run defender. The amount of upper body separation he creates with his length is eye popping. Stack and shed technique is textbook. Physical in his approach of setting the edge as well. Closes run lanes by washing his opponents down the LOS. His hand placement can get high at times because of his tall frame. Would like to see him shoot his hands while coming up from his stance to get under his opponents. High hand placement makes it harder for him to disengage.

Motor: Effort is awesome. Always fires off the ball and give 110%. Can’t recall a rep that he took off. Competitive edge is evident as well.

Bend: Does not possess the hip flexibility to bend tight corners. Often gets pushed off of the edge track when trying to flatten out at the top of the arc. His most effective way to corner is through his get off (having a step on his opponents), creating separation through long arming, and stutter steps. Meaning he needs some type of advantage rather than naturally being able to bend the edge. With that being said, has some what mastered those other techniques (besides stutter stepping). Just don’t know how sustainable they are against pro level tackles. Lastly, doesn’t minimize enough surface area when dipping his shoulder, leaving his chest vulnerable.

Pass Rush Ability: Extremely versed with hands. Utilizes clubs, swims, rips, snatches, long arm moves, etc. Plan can get a little repetitive at times. Struggled against Dalton Risner, Jawaan Taylor, and Jonah Williams later into the games because they knew what was coming. Seems plenty strong but doesn’t turn speed to power. Would like to see him improve as a bull rusher because he can’t corner at a high level. Also, needs to do a better job of responding to his opponents sets.

Lateral Range/Change of Direction: Is very much a linear player. Meaning he is better at coming forward than contesting sides. So his change of directions skills leave some to be desired. However, lateral range is adequate when being optioned. Shown the ability to travel with Running Backs or Quarterbacks after the mesh point. Shouldn’t be replied upon in coverage or as a spy though.

Awareness: Understands basic blocking schemes ad how to defend them. Is disciplined at the point of contain and doesn’t abandon his assignment to make splash plays. Will need perfect every technical and cerebral part of pass rushing, because he lacks elite athleticism that is required to win the edge at a high level.

Montez Sweat projects as solid starter with a relatively low ceiling as a pass rusher. He definitely does nice things with his hands and has a good first step off the ball. But to beat the dead hoarse some more, he doesn’t have the flexibility to bend the edge consistently. And he is not a polished enough pass rusher to over come this weakness of his game. Now he is still capable of getting after the passer. I just don’t see pro bowl caliber sack production. Playing base end in a 4-3 defense would be ideal for his skill set.