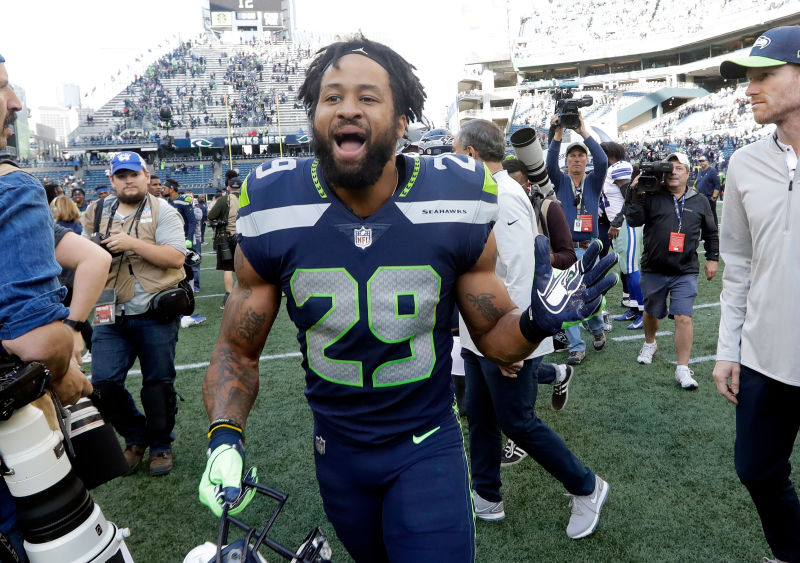 After one of the most hectic free agencies of recent memory, aptly named “the free agency frenzy”, has finally slowed down, it’s time to look back and uncover the biggest losses suffered by teams throughout the league, and how it affected them. There were many surprises this offseason with teams like the Jets heavily improving this offseason, while teams like the Giants have suffered just as heavily. These losses not only impacted the players’ former teams but in many cases had a larger-scale impact. Teams have gone from mediocre to appearing unstoppable while teams seemingly on the come-up now look like they could be the next Cleveland Browns, the 2017 version that is. So without further ado here are the biggest offseason losses…

The most shocking trade so far this offseason the New York Giants’ star-studded receiver Odell Beckham Jr. was traded to the Cleveland Browns. Beckham is one of the most talented receivers in the league and definitely has been the Giants strongest weapon. Unfortunately, the Giants have been in desperate need of a rebuild and, while controversially, decided to get rid of OBJ for some early picks and young safety Jabrill Peppers so they could begin the rebuild. That was controversial figure Beckham has been putting the Giants game on his back for the past few seasons as they’ve struggled to return to the playoffs and even win a single game. Since his signing, the Giants team has centered around Beckham as Eli Manning’s primary target and their biggest threat. Losing Beckham cripples the Giants receiving core as Manning can no longer just throw a ball downfield and have Odell make a major play. Moreover, the Giants didn’t get any recurved in return for Beckham, and though they signed Golden Tate he’s getting old for a receiver and certainly can’t live up to the young, dynamic receiver the Giants lost in Odell Beckham Jr.

Earl Thomas entered the final year of his 4-year extension with the season after trying to lobby for a trade once the Legion of Doom defense was dismantled. However, while Richard Sherman and Michael Bennett were able to escape the rebuild Thomas was stuck in Seattle for one more year. Then, something completely unbelievable occurred, Seattle’s defense which was supposed to be rebuilding looked like the Legion of Doom had never left. Thomas came out thundering and “performed like one of the league’s top defenders … for 3.5 games” (SB Nation) Sadly midway through week 4, Thomas sustained a season-ending injury. As the last sands of the hourglass fell Seattle decided to let Thomas go, having not seen him play for nearly an entire season. However, looking back this is a huge loss to Seattle as Earl Thomas, a five-time all-pro safety, looked like he was poised for another fantastic season and was ambitious to return during the 2019 season picking up exactly where he left off. In just three and a half games Thomas had 22 combined tackles and already had 3 interceptions. He was poised to be one of the top safeties in the league that year, maybe even THE top safety. Throughout his career, Earl Thomas has continuously put up impressive stats and solid performances, with some exceptions. Although Thomas’ contract was up and he carried an expensive price-tag, when Seattle let him go they let go of one their strongest defensive weapons and simultaneously crippled their secondary.

Dee Ford’s trade sent a shockwave through Kansas City as only a few days prior they also released their veteran linebacker Justin Houston. As a result of Ford’s trade, the Chiefs lost both of their top pass rushers from 2018. This severely weakens their defense as their pass rush is nowhere near as formidable as it had been last season. However, Ford’s trade didn’t come as a major surprise and actually seemed quite likely considering the Chiefs had recently hired Steve Spagnuolo after firing Bob Sutton. Spagnuolo prefers a 4-3 defense which already effectively nullifies Ford’s use as an outside linebacker. Despite this shift in defense Dee Ford has been a strong outside linebacker and had a strong, bounce-back season. Last year he recorded a combined 55 tackles and 13 sacks proving he can be a heavy hitter and a defender to watch out for. Ford looks primed to build off of last season and perform even better and be an even greater threat to offensive lines this upcoming season. Overall, even with the likely change in Kansas City’s defensive scheme, they gave up a good linebacker coming off of a comeback season and hurt their defensive line.

During the last offseason, Houston acquired safety Tyrann Mathieu, a young safety heading into his second year. Quickly nicknamed “Honey Badger”, Mathieu had a fairly strong display in his rookie season and looked primed for improvement. While Mathieu’s stats only slighted improved last season there was a noticeable change in his a play. Mathieu seemed more confident and comfortable in the secondary and it showed as his performance bettered as well. Losing Mathieu appears it will be fairly costly to Houston as it will hard for them to find a replacement. Fortunately, the draft appears to have safeties with strong potential meaning the Texans should be able to fill the gap Mathieu left. However, in just 2 seasons Mathieu established himself as a formidable growing safety in the NFL. Another factor which makes this a huge loss is that through the signing of Mathieu the Chiefs filled in the hole that would’ve been left by Eric Berry. Berry has been a dominant, powerhouse safety when he can stay healthy, and his departure seemed like it may have crippled the Kansas City Chiefs secondary. While their secondary doesn’t seem like it will be as strong as years past the signing of Honey Badger allows the Chiefs to fill in the gap. Simultaneously the Chiefs continue to develop Mathieu and make him even more formidable than he already is. Honey Badger is a prime example of a major offseason loss as it hurts the Texans secondary while also mitigating the potential harms one of the conference powerhouses was about to suffer.

The Patriots were dealt a major blow when they lost their fantastic defensive end in a massive 5 year/ $90 million contract to Detroit. That deals a major blow to their pass rush as Flowers has been one of their biggest players. Over the past three seasons, Flowers has amassed 21 sacks and 5 forced fumbles, which is definitely solid. However, last season he obtained a career-high 7.5 sacks and 3 forced fumbles on the year! Also, Flowers was a young developing player at 25 years old which means the Patriots lost a player with lots of longevity and room for development. Also, Flowers had the third best run-stop percentage in the entire league with a percentage of 11.6. The only players ahead of him were Demarcus Lawrence and Calais Campbell with 12.3% and 15.1%, respectively. Luckily for the Patriots, there’s hope yet. First, Jachai Polite is on the board, Polite dominated the SEC last season destroying offensive lines and obtaining 11 sacks, 19 and a half tackles for a loss in yards, and 6 forced fumbles. On top of that, the Patriots have already required former Philadelphia Eagle, Michael Bennett. Flowers’ loss will undoubtedly hit the Patriots hard, but they have a chance to minimize the effects, to a certain extent, after Bennett’s acquisition and with their opportunity to draft a young and talented replacement for Flowers and the gap is not as large as it initially appears.

Staying in the division and moving to one the Giants’ biggest rivals Landon Collins signed with the Washington Redskins. As one of the best safeties in the league, many teams were scrambling to get him this offseason. His departure hit the Giants hard and prompted a huge hole to open up in their secondary. In the aforementioned OBJ trade, the Giants tried to close the hole with young safety Jabrill Peppers. While Peppers is a good young safety and definitely has the potential to become one the league’s best, but he needs time. Also despite signing a young safety the Giants ultimately lost an immensely talented safety in Landon Collins and received a severely weakened secondary as a result.