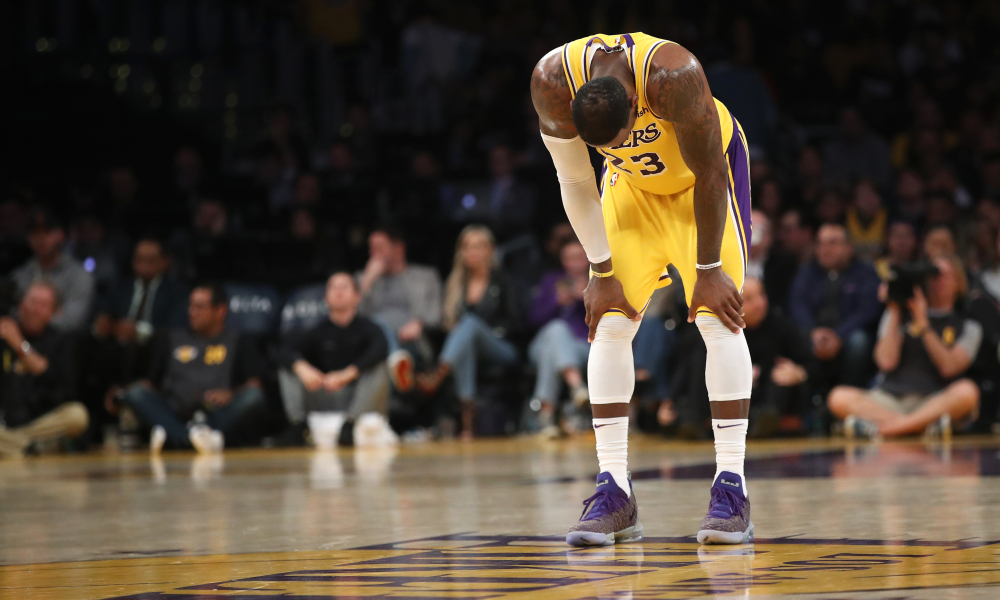 LeBron James is arguably the greatest player of this generation. On August 9th, 1988 the Oilers of the NHL sent the greatest player of a generation, Wayne Gretzky, to the LA Kings along with two role players for multiple first round picks and players. They went on to win another championship only two years later in 1990. The Gretzky trade reshaped the entire league and removed a large number of limitations teams had been placing on themselves and their best players. There is a common mentality in the NBA that you don’t trade your best player, and you definitely don’t trade the greatest player in the league but hypothetically speaking: could anyone give up enough to put LeBron in a new uniform? Would the Lakers take it?

The only two trades that look anything like a potential LeBron trade would be the Celtics-Nets 2013 trade and the aforementioned Gretzky deal that sent him to LA. Known as ‘The Great One’, Wayne Gretzky took two players with him in the trade, Marty McSolely and Mike Krushelnyski, purely to fill holes that would be made by the Kings with the amount that they had to give up for him. The Kings almost cleaned house in getting Gretzky, sending Jimmy Carson, Martin Gelinas, $15 million (roughly $33 million today), and three first round picks over the next four years. Can anyone think of a deal that sounds like that? The NBA comparison that first springs to mind would be when the Boston Celtics sent Jason Terry, D.J. White, Kevin Garnett, and Paul Pierce to the Brooklyn Nets back in 2013. The deal was an absolute blockbuster, with the Nets sending their 2014, 2016, and 2018 first round picks to the Celtics in exchange, as well as the rights to swap 2017 first rounders and 5 players. The Nets had attempted to buy success and the Celtics seemed willing to sell it, the deal taking place after both teams were eliminated in the first round of the playoffs.

From 1989 to 1992 those three picks were not worth as much as the Oilers may have hoped,with LA making the playoffs and advancing past the first round in three of those years. Both teams involved looked like championship contenders for a short time after the trade, but soon faded into obscurity, despite ‘The Great One’ playing for the Kings for a number of years. The 2013 Celtics-Nets trade had far more interesting results, With the Celtics using their rights to swap picks in 2017 and turning their haul into James Young, Jaylen Brown, Jayson Tatum, and Kyrie Irving. The Celtics reshaped their team whilst the Nets floundered, turning the picks they’d given the Celtics into a goldmine of young talent. The Nets made the playoffs immediately with the duo of Garnett and Pierce, but both left shortly after and the Nets had no draft picks with which to rebuild. Whilst the 1988 trade appeared to benefit both teams in the short term the 2013 trade had a clear winner and a clear loser, but the results of these trades had no impact on the teams willingness to participate in them. It goes to show that the right offers can entice and teams.

The idea of trading LeBron is an odd one, but taking into consideration trades of the past can let us speculate on what it might cost to move him in the near future, and to whom. The Lakers aren’t stupid, and they definitely know who they signed in the 2018 offseason, which is why they wouldn’t trade him within the Western Conference. It’s most likely that the teams who would be most willing to give it all for LeBron are ones who can already contend, and want to make it all the way right now. Teams in that position include the Miami Heat, Detroit Pistons, and Orlando Magic. Whilst the Heat may look like the most promising location for LeBron, they only have two draft picks total, and can’t realistically give up what the Lakers would want in return for him. The top contenders in the hypothetical LeBron sweepstakes, therefore, are Orlando and Detroit. Orlando has a first and second round pick in every draft for the foreseeable future (Their second rounder this year is from the Nets), meaning they would be more than capable of giving up 3 or 4 firsts and a second for LeBron as well as a role player or two, with plenty of roster room for another all-star. Getting James onto the Pistons might come with a little more difficult, but Detroit has almost the same amount to give as the Magic does, with only a little less selection when it comes to second round picks. The combination of LeBron James and Blake Griffin could make the Pistons a potentially devastating force.

The Lakers should’ve been ready this year with the addition of LeBron James, but they weren’t. There were injury issues and chemistry problems, and they just weren’t ready. It’s too early to trade LeBron James. He could be the catalyst that gets all of the young talents on the Lakers to a championship and he probably needs more than just one year to fit the L.A Scheme, but no player is untouchable with the right offer. If someone offers 3 or 4 first rounders, a second rounder, and the right role players to the Lakers then they should take it. No one player is worth the flexibility of multiple first rounds picks.