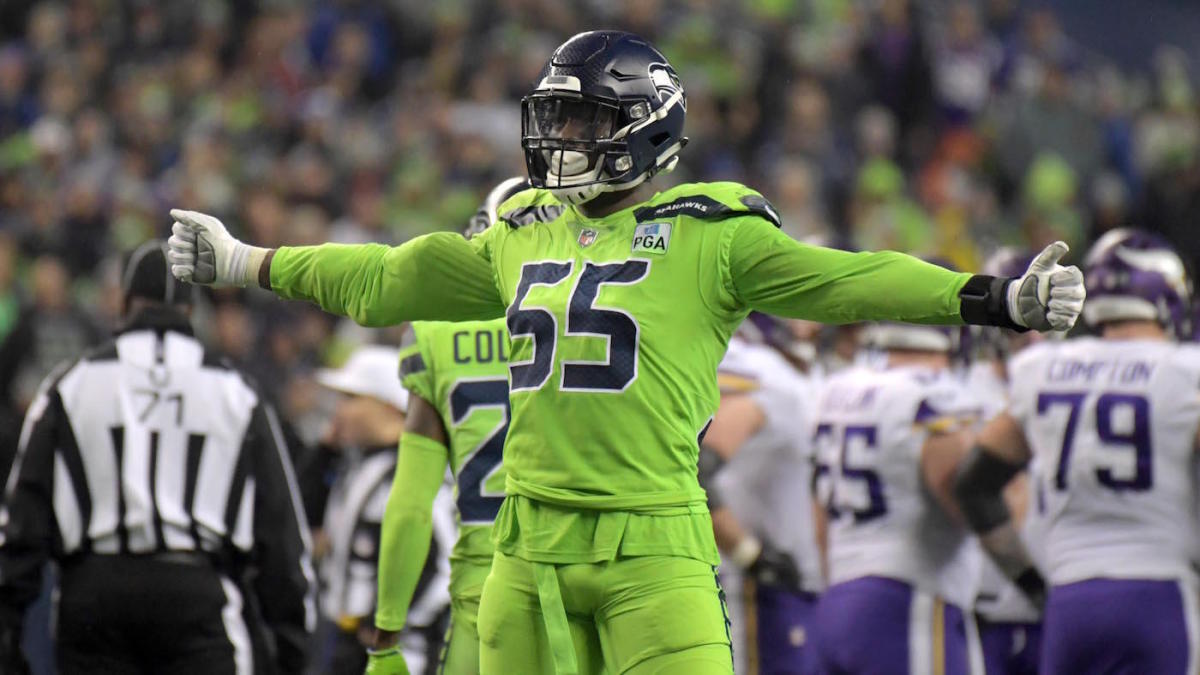 This Offseason we saw so many good to great pass rushers find new homes with new teams, so many. While we didn’t see any huge trades like Khalil Mack this year, we saw Kansas City move on from Dee Ford AND Justin Houston, Detroit moved on from Ziggy Ansah and a ton of good pass rushers’ move to new locations. This article will cover the pass rushers in new zip codes who i believe will flourish in a new scheme and who will regret going where they did, Rookies will NOT be included in this article.

Pass Rushers who should succeed

Number one on my list of players who will do best is Dee Ford, he is going to the best situation out of any pass rusher that moved. Dee Ford will be loading a loaded D-Line in San Francisco, check out the article written by my buddy Dhruv Jagannath,
https://thesportswave.net/2019/04/25/san-francisco-just-built-a-masterpiece-under-the-nfls-nose/ He goes into detail on how good the SF D-line is going to be. Dee Ford is joining a great core group of players along with #2 Overall draft pick Nick Bosa. Dee Ford should eclipse 10 sacks and it wouldn’t surprise me in the least if he surpassed 12 or 13. No matter his sack count though, Dee Ford will be earning his paycheck and should emerge as the best pure pass rusher in San Francisco perhaps top 2 in the NFC West.

Next up on my list is Trey Flowers, Flowers joins his old DC on the Detroit Lions and should feel very comfortable from day one. Honestly to me, Flowers isn’t a sack machine like others on this list, but he will be in opponents backfield’s and causing a ruckus. Of the players on this list Flowers could lead them all in TFL (tackles for loss) but in the system Matt Patricia is running i could easily see Flowers flirting with right around 10 sacks as well. He could be better for Detroit than Cliff Avril, Ziggy Ansah and Robert Porcher. Flowers is a much better athlete and has shown in his time in the NFL that he is just now getting started and that is a really good time to come alive with the up and coming defense he is joining including Damon Harrison, DeShawn Hand, Romeo Okwara and more. Flowers should flirt with 10 sacks and anywhere from 10 to 15 TFL.

It was a shock to me to see the Chiefs send Dee Ford out of town just to end up acquiring Frank Clark, yes statistically Clark is a slight upgrade, he has been in the league less time and has more sacks, FF and INT’s, but in terms of pass rushing abilities i think they are about dead even. But Clark coming to K.C. in lieu of Ford and Houston being shipped out of town, he is in line for a huge season on the stat sheet. Clark is joining a weak core of edge rushers but the Chiefs still have a good defense and Clark is only adding to that. I used to watch Frank Clark play every Saturday at Michigan, and let me tell you, he impresses me by how he gets to the ball, and can just appear in the opponent’s backfield. Seeing him lead the league or be top 5 would not shock me, seeing 15 sacks out of him would not shock me in the slightest, he has the tools to make it happen and it isn’t as if he is playing against the greatest offensive lines in the AFC West.

Baltimore had a really bad habit of holding back their best pass-rusher. Za’Darius Smith is a freak and he will prove that to everybody when he suits up for the first time for Green Bay. The Packers haven’t had the greatest pass rush in a long time, they have been getting bye, but haven’t had anything special at the position, until now. Enter Za’Darius Smith, a big, fast and bendy Edge Rusher who can get to the Quarterback as fast as anyone and can chase down faster QB’s if he needs to, he has the ability to be what Nick Perry never was and what he could have been if utilized correctly in Baltimore. I always thought highly of Smith, i actually thought he could step in and take over for Terrell Suggs with no problem. Don’t be shocked now, but Za’Darius Smith will amass upwards of 12 sacks if he stays healthy for all 16 games this season en route to the Packers leading the NFC in sacks.

Pass Rushers who may regress

For the last couple of years, i have been on the fence about whether Michael Bennett was an elite pass rusher or not. I have since decided he is not, he is nothing more than Chris Long. Before you @ me, look at their career totals, almost identical. Bennett will be joining a New England defense who is trying to fill the void left by Trey Flowers and on their 3rd Defensive Coordinator in as many years. Michael Bennett isn’t the most overrated player at his position, but his name definitely holds more weight than his career stats do. Bennett will be starting this season at Defensive End for the Pats, but don’t be shocked to see his snaps decrease as the season moves forward. He shouldn’t be expected to surpass 8 sacks on the season, especially with the lack of muscle on the Patriots defensive line.

There has to be a reason the Chiefs let Houston go, right? Right, in my opinion they realized he wasn’t worth the roster spot for that much money. But the Colts were looking for help to rush the passer, and Houston fit that bill. Houston is aging and sack count has been respectable but nowhere near what he was back 5 years ago. While the Colts are going to love having his services, Houston is nothing close to when he logged 43 sacks in 3 years early in his career. In Indianapolis he will most likely not play more than a rotational role, so i expect nothing more than 7 or 8 sacks, and that is if he plays all year, but the injury bug may come back to him, and he could miss games due to injury and not being healthy.

Cameron Wake will be 37 at the start of the 2019 NFL Season, he has been very productive in his career with the Dolphins, but now he moves on to join the Tennessee Titans to likely run out the rest of the gas in his tank. Yes, Wake will surpass 100 sacks in his career, this season in fact, but he is already at 98 but i really don’t foresee him getting much more than 5 sacks in Nashville, The Titans already have so much depth on their defensive line and outside backers. Wake will likely only be a rotational pass rusher and will split a lot of time, log half of the snaps he did in Miami, but he is still a good pass rusher. Just like Justin Houston he is getting up there in age, he has shown a slight decline in skills over the past couple of seasons, and is likely just going to do just enough to secure a roster spot.

The Detroit Lions took a huge waiver on Ziggy Ansah as a raw pass rusher coming out of BYU. During his first few seasons in the NFL he had what looked like the start to a promising career, but injuries kept him off the field when he could have done so much better staying on it. The Seattle Seahawks traded away Frank Clark and needed a good veteran presence along their defensive line. As far as ends go, they drafted L.J. Collier and has Rasheem Green from last years draft, but needed someone to take over the production Frank Clark left behind, but Ansah might not be that guy, he has missed 14 games over the last 3 seasons and has a bad shoulder, which is why it took so long for a team to sign him. I think Ansah has a very high ceiling, but he is getting up there in age and that means recovery time for any injury will only get worse from here on out. I am a believer though that Ansah will stay healthy this season, but he will get his spot taken over by a younger player midway through the season and only reach 6 sacks at the most this season.