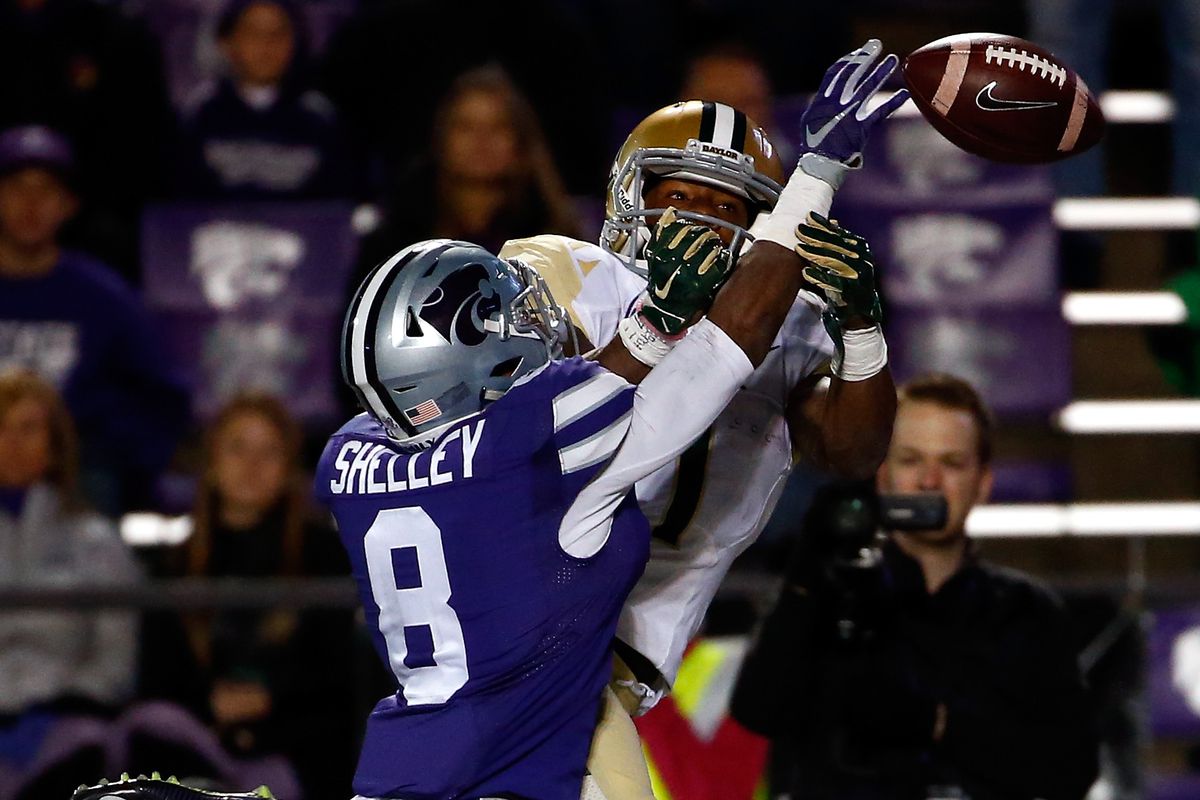 One of the aspects of the draft that I love most is finding out which late round rookies make immediate contributions. You know, those 5th/6th/7th round picks that end up starting and no one knows who they are.

Well, instead of waiting until the preseason for some rookie to blow up, I am going to walk through the mine field now and tell you which late round draftees have a realistic chance of starting. I know, I am brave!

Considering how terrible the Cardinals’ offensive line played last season, waiting till the 6th round to draft their first offensive lineman was a questionable strategy. Regardless, Lamont Gaillard was still a great selection.

Gaillard plays with solid technique, a nasty competitive edge, and has awesome football IQ. He just isn’t going to wow anybody physically because he is on the smaller side and isn’t that graceful of a mover. I would say he has enough tools to work with to be at least a competent starter.

Mason Cole skips the ball back to Rosen who has presence of mind to get out of pocket and chuck it rather than take a loss pic.twitter.com/RRxoAMmimW

Well, a competent starter might be better than any thing that the Cardinals currently have. A.Q. Shipley is coming off a torn ACL and was declining before the injury, and Mason Cole really struggled as a rookie last season.

That said, Gaillard could be the beneficiary of being the best option from a sub par group. So, I would not be shocked if he was the week 1 starter and maybe even a stop gap option for the foreseeable future.

The Bears’ defense lost a very important piece in Bryce Callahan this off season. Everyone knows how valuable slot corners are in today’s NFL and Callahan is arguably the best one in the league.

Chicago signed Buster Skrine to be Callahan’s replacement but Skrine is coming off a lackluster year and has been pretty up and down through out his career. That said, I don’t feel great about him as a 16 game starter. The Bears must of shared some of the same skepticism because they drafted Duke Shelley for insurance.

Working on the Top 5 Cornerbacks in the Big 12 for the launch of @DraftNetworkLLC, which is normally a cruel task to undertake.

That is, until I came across Kansas State’s Duke Shelley pic.twitter.com/dY81w7MwpU

Shelley was a 3 year starter at Kansas State and is coming off an excellent Senior season that got cut short due to a toe injury. I personally had never heard of Shelley until he was drafted, but was extremely impressed with his film when I checked him out.

The Bears paid Skrine a fairly decent amount, so I expect him to start week 1. However, if he struggles early, I can definitely see a scenario where Shelley takes over and becomes the long term starter.

I understand the hesitation on Mack Wilson, and why he fell where he did. The tape is uneven as well, but….

You just have to feel good about the upside for a guy selected in Rd5. This is one hell of a play running up the seam and flipping your hips in mid-air. pic.twitter.com/iykklKsTHI

Mack Wilson was viewed as a lock 1st round pick during the college football season. But then some of his warts (poor athletic testing and character issues) started to show themselves in the pre-draft process, causing him to fall to the 5th round.

That said, Wilson still landed in a great spot and has a fairly easy pathway to the field. I say this because other than Joe Schobert the Browns are pretty thin at linebacker.

Christian Kirksey really struggled last season, Genard Avery is more of a hybrid/situational player, and I was not a fan of their 3rd round pick Sione Takitaki. With a good training camp and preseason, Wilson could definitely be the week 1 starter when it’s all said and done.

Kelvin Harmon has the size (6’3 214) and physicality to beat up DB’s and separate at the top of the route #NFLDraft pic.twitter.com/MAelRNT70T

Kelvin Harmon falling to the 6th round was one bigger surprises in the draft. I know his athletic testing wasn’t great but I didn’t think it was bad enough to completely disregard his dominant tape.

Luckily for Harmon, the Redskins are barren at receiver, so he should get an opportunity to fight for a starting spot. Josh Doctson is currently slated to be the starter as the X but he just hasn’t figured out how to separate in the NFL.

That said, Harmon’s prowess as a route runner and consistent success in contested catch situations could give him the edge to win the job.

Like the Cardinals, the Lions ignored arguably their biggest need until day 3 of the draft, and were still able to hit a home run with their selection. Amani Oruwariye was my 4th highest rated corner and carried a mid day 2 grade for me. Meaning I thought he could start right away in the right scheme (zone heavy).

ICYMI: How nice was this Amani Oruwariye @PennStateFball INT? pic.twitter.com/993BAmNaej

The scheme fit with the Lions isn’t necessarily ideal because they run much more man than zone. However, Oruwariye has all of the traits to become a lock down press man corner, which is why I actually love this landing spot for him.

Dude KILLS cornerbacks with his releases at the LOS and can burn down the sideline with space. pic.twitter.com/a5xuXQKpsc

He is definitely a bit of gamble to initially start because of the learning curve in the new defense, but Teez Tabor or Rashaan Melvin wouldn’t keep me from starting him. The best players have to play, and Oruwariye will be the 2nd best corner on the Lions in my opinion.