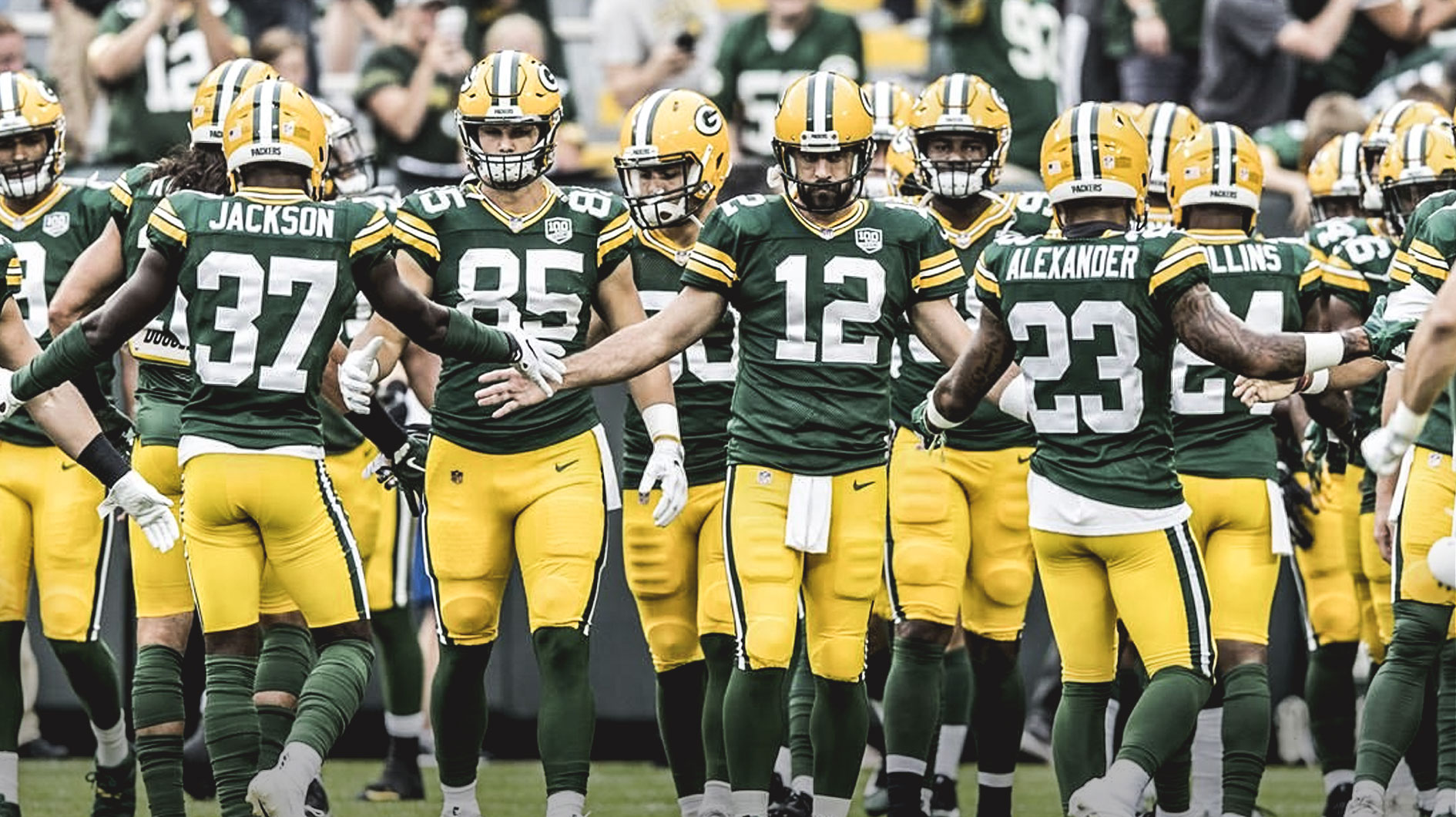 After a decade of dominance with HOF QB Aaron Rodgers at the helm, the Packers finished 2017 with a losing record with Rodgers missing significant time. In 2018, with a fully healthy Rodgers, the Packers were looking to return to form. The team got off to a quick 1-0 start against the Chicago Bears and managed to tie the Vikings in Week 2, a team many had winning the Super Bowl. Things were looking all and well for the Packers up until Week 8 against the Rams, where that loss would start a spree of them losing that resulted in them going 3-7 to end the season, and finishing 6-9-1 total. Heading into the offseason, the Packers first goal was improving their defense on almost all cylinders, especially their defensive line and safeties. On the offensive side of the ball, a more depth filled receiving core was an area to improve on. However, the most important task on their agenda was filling in a void at coaching, as the team had parted ways with Mike McCarthy after a dreadful week 13 loss to the Cardinals. The offseason had to have brought change for the team to contend again, and change it did bring.

In 2019, the big names who left Green Bay are the names that all Packers fans have grown to love as they have become staples of the franchises.  Most notably among these departures was EDGE Clay Matthews, who signed with the Rams after ten total and six Pro Bowl seasons with the Packers. WR Randall Cobb was another one of these big names to depart in free agency, as he amassed 8 seasons with the team, including a Pro Bowl appearance in 2014. EDGE Nick Perry was also another long-time Packer that is no longer on the team, as is DT Mike Daniels, who is a personality Packers fans will be sad to see go. Other losses this offseason include DT Muhammad Wilkerson, ILB Jake Ryan, CB Bashaud Breeland, and S Kentrell Brice. With that said, while the losses may look bad on paper, the additions are truly a sweetener for the eyes.

The Packers knew what they had to do. After a year of struggles offensively and defensively, the Packers set out and hauled in such a great load of additions that has many calling them the most improved team. First and foremost, they hired a new HC to replace Mike McCarthy in former Titans OC Matt LeFleur. LeFleur has played under the likes of Sean McVay, and the Packers hope he has what it takes to give this team new energy and deliver a McVay-like Rams turnaround to Green Bay. The next thing the Packers had to focus on was their defense, which finished a poor 22nd in the league in points against. They did a great job of overhauling their biggest concern, the defensive line, in which they picked up EDGE Za’Darius Smith and EDGE Preston Smith. To bolster this line, even more, the Packers made a splash in the draft, bringing in DT Rashan Gary with the 12th pick. All three of these players are expected to make an immediate impact on the team and should produce noticeable improvements in the Packers defensive line. The next biggest offseason change that needed to be made was to heighten their secondary, and most importantly their safeties. The Packers created a wave in free agency by snagging SS Adrian Amos, who is one of the best safeties the league has had to offer in the last two seasons. Next, with the coming of the draft, the Packers were able to obtain S Darnell Savage Jr., from the University of Maryland, with a first-round pick. As shown, the Packers defense improved an outstanding amount. However, possibly their biggest addition is a healthy Aaron Rodgers. Despite playing all 16 games last season, Rodgers was never quite right from the start, and it showed in his play. With a healthy superstar QB under center, there’s no telling how far this Packers team will go.

Personnel wise, the Packers have almost no weaknesses on paper. Of course, it all starts with Rodgers at QB, as he looks to add another MVP season to his belt. While the players that Rodgers will be throwing to didn’t exactly improve, WR Davante Adams should continue to be one of the best receivers in the NFL and youngster wide receivers Marquez Valdes-Scantling, Geronimo Allison, and Equanimeous St. Brown should all get better. The team’s ground game also looks good, with Aaron Jones and Jamaal Williams leading the way. Of course, they are aided by a good offensive line led by arguably the best tackle in the game, David Bakhtiari. Defensively, the biggest strong point is easily the secondary, which will be led by CBs Jaire Alexander and Kevin King, and safeties Adrian Amos and Darnell Savage Jr.  Pay close attention to Jaire Alexander, as he looks to build off an extremely stellar first season and reach his first Pro Bowl. On the front 7, ILB Blake Martinez and DT Kenny Clark will continue to make good plays for the teams. While the defense is nowhere near the best in the NFL yet, it looks much improved and don’t be surprised if they end the season as one of the top ten defenses in the league.

Based on the personnel, coaching, and schedule, the most realistic record for this Packers team falls anywhere between 9-7 to 12-4 with our prediction falling at 10-6. The Pack will look to take on one of the toughest divisions in football in the AFC West, a very solid NFC East, and, besides from their own no-nonsense division, two other hungry teams in the Panthers and the 49ers. The Packers’ overall team definitely improved, but the overall readiness and talent may not be quite there in competing with the best of the best. While the coaching change should signal a new horizon, there’s always a possibility it can flop. While LeFleur is a great coach and with the personnel is capable of leading this team to the postseason, a Super Bowl berth seems far-fetched. However, after a disappointing season, Packers fans would be happy with a playoff berth and even more so with a team with lots of promise.