Continuing on our Part 1 article, here we will complete the rankings and display the top tier of teams in the Association.

Dallas made the big move last year to get Porzingis, and now we’ll finally get to see if he was worth it.  He’s looked really good in preseason and it seems like the only thing that could possibly slow him down this year would be his health.  If Luka Doncic can follow up his impressive rookie year with an even better sophomore season, the Mavs can really make some noise this year.  Tim Hardaway Jr. and Seth Curry help this Dallas team with solid depth, but Dallas’ bench just isn’t as built as the other Western Conference teams.

Zion.  Williamson.  The athletic freak-of-nature has finally arrived in the league and everyone is excited for what’s in store from him.  Unfortunately, he will start the year recovering from a torn meniscus, but the front office has provided the Pelicans with lots of other talent to work with.  Brandon Ingram, Lonzo Ball, and Josh Hart will all be looking to prove their worth after coming over from L.A. in exchange for Anthony Davis.  Signing J.J. Redick was another really nice move from David Griffin and Co.  Don’t forget: the Pelicans still have Jrue Holiday as well.  This is an up and coming team that is already way ahead of schedule following the loss of their once-in-a-generation superstar.  They might just have his replacement too.

With D-Wade gone for good, Miami has officially entered into a completely different chapter, free of any of their past.  Jimmy Butler is their new superstar and he has the skill and personality to keep Heat fans excited.  More exciting though should be the development of rookie Tyler Herro.  Herro has looked explosive in the Summer League and in preseason action, and he has also turned into a popular dark horse candidate to win Rookie of the Year.  Put those two together with the unleashing of Bam Adebayo, expect Miami to be fighting for 1st-round home-court advantage come playoff time.

It just feels wrong to have the defending champs outside of the top 10 spots.  But that’s what happens when a player like Kawhi leaves in the summer.  The Raptors are still very talented though, don’t get me wrong.  Inking Pascal Siakam to a new four-year max deal was a smart move and he is going to be the new face of this franchise.  Don’t forget about Lowry, Gasol, Ibaka, and VanVleet either.  The Raptors will be a top-4 team in the East, but don’t expect them to beat Philly or Milwaukee in a 7-game series this time around.  Not without Kawhi.

The Nets lost their up and coming face of the franchise this summer, but they got back much more than enough in return.  By acquiring Kyrie Irving and Kevin Durant, the Nets had one of the best offseasons in recent memory.  They also maintained much of their bench and rotation pieces, giving them the deepest roster in the Eastern Conference.  That really helps because KD is going to be out for the foreseeable future.  If Durant can return this year without any health problems, Brooklyn is a legitimate title contender out of the East.  I’d have Brooklyn ranked higher if Durant was healthy.  Without KD though, it might be a struggle.  We know what happens when Kyrie is the only star on the roster. 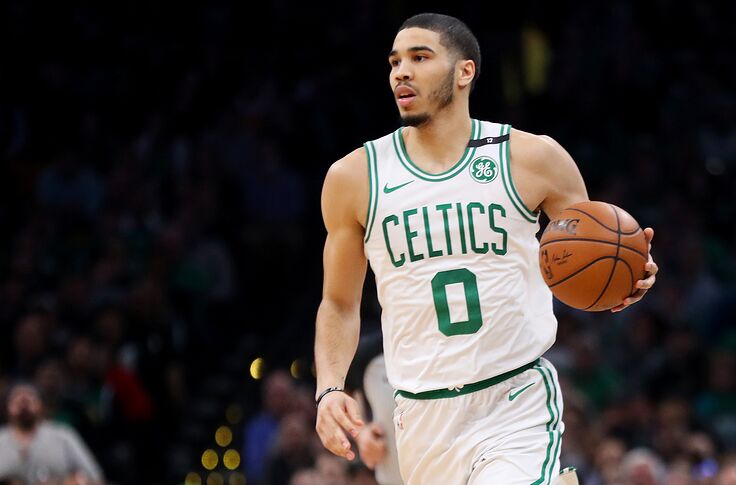 Getting Kemba Walker helped to ease the pain of losing Kyrie, but Walker is certainly no Uncle Drew.  Boston have a lot of talent throughout the roster, enough to keep them close to the top of the East.  However, losing Al Horford might be an even bigger loss than losing Kyrie.  Without Horford, Boston doesn’t have a real talented big.  That’s going to be a big problem going against the likes of Joel Embiid, Giannis, and DeAndre Jordan.

Adding Mike Conley to an already stout defensive unit has given the Jazz the 2nd best defense in the league.  Mike Conley is also a major upgrade on offense over Ricky Rubio.  If Donovan Mitchell can have a full season replicating his 2nd half production of last year, Utah might have a shot if they got hot.  They have depth and talent across the board, but their offensive output can’t match the other juggernauts in their conference.

The Nuggets are a lot better than everyone gives them credit for.  Nikola Jokic is a legitimate superstar in the league and he has a supporting cast teeming with quality.  Millsap, Harris, Murray, and the return of Michael Porter Jr. should be really exciting to watch.  Denver has the talent and firepower to keep up and beat anyone in the league, but they tend to be too inconsistent at times, particularly their floor general Murray.  If they can keep up the same level of elite production all year, they can be a dark horse candidate to finish atop the West. 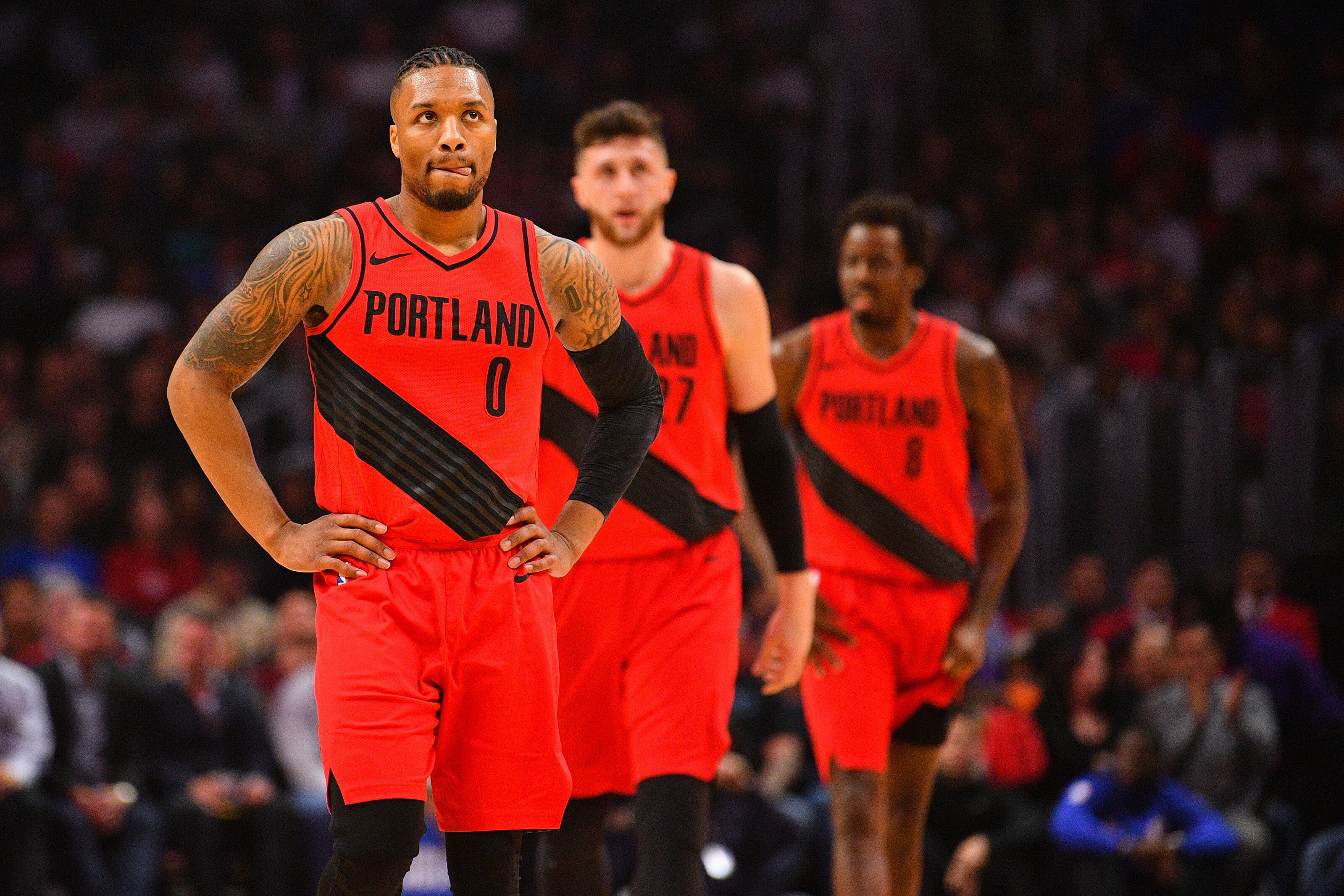 Portland are so close to getting over the hump.  Last year they fell short to an elite Golden State squad and they responded by getting Hassan Whiteside, Pau Gasol, Kent Bazemore, and Mario Hezonja to join Lillard and Co.  Portland has all the offensive talent in the world and having a healthy Jusuf Nurkic will only help them even more.  They have one of the deeper rosters in the West and have plenty of playoff experience.  Being No. 7 isn’t a knock on them, but a credit to how good the top teams are.

Let’s get this straight.  Golden State is a top-5 team, maybe even top-3.  Nothing against Durant’s superstar talent, but losing KD didn’t sink this team like many thought.  Not having Klay for most of the year will keep them outside the top 5 for now though.  Pairing Russell with Curry and Klay will give the Warriors arguably a top-2 backcourt in the Association.  They won’t have any problems scoring the ball either.  Draymond and Klay will provide the locks on defense, and Willie Cauley-Stein will emerge into a top player.  The Warriors aren’t as deep as the other squads, but they are a real title contender once Klay comes back.

Pairing Harden with Westbrook has formed the most talented backcourt in the league.  They’ve proven they can play together, albeit not playing at the same levels that they are now.  This is a Houston team with depth, experience, and superstar power.  Houston have constantly come up short in recent history.  This is a team that can finally take them over the top.  It just won’t be easy against the L.A. teams. 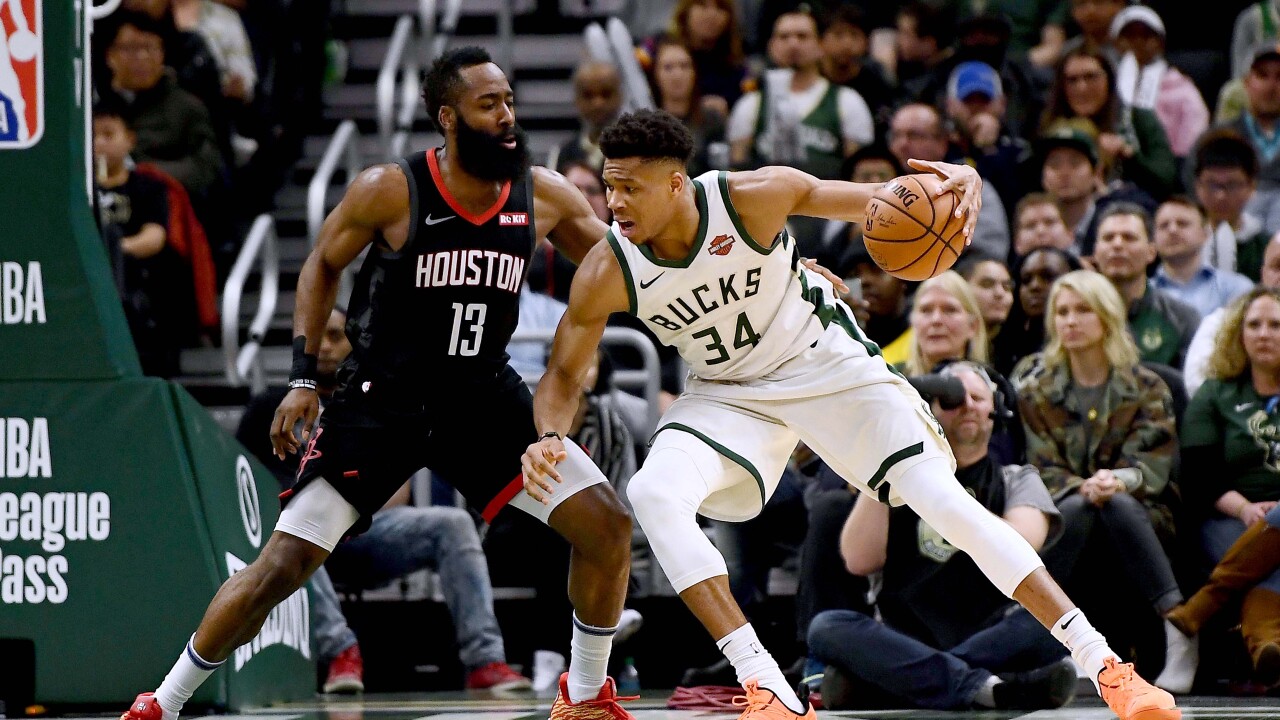 Fresh off his MVP-winning campaign, Giannis should be hungrier than ever.  His squad fell just short last year, losing only to Kawhi Leonard’s dominance.  With Leonard out of the conference, Giannis will once again look to take the Bucks out of the East and to the Finals.  He has the support and the experience, but the real question is the depth of the Bucks’ bench.  Antetokounmpo and Co. will need some help in a long 82-game season, can the bench consistently provide that production they need?

Giannis is scary, but Philly is even scarier.  They lost Jimmy Butler, but added Josh Richardson and Al Horford.  Bringing those two in has given Philly a top-3 defensive unit in the entire league, right up there with the Clippers and Jazz.  Ben Simmons also appears to have found a jumpshot, which would provide another dimension to his versatile game.  Embiid and Harris are only going to keep getting better, giving Philly the best starting 5 in the league.  Their bench is a little shallow, but if the starters can carry,  this should be the favorite to emerge from the East this season.

Bringing in Kawhi and PG has elevated the Clippers from first round exit to title favorites in just a few short months.  George will start the year on the sidelines, but the Clippers have the depth to cover him for now.   Kawhi will try to take his hometown franchise to a place that they’ve never been, the elusive Finals.  They’re stacked at the top, elite defensively, and very deep as well.  The Clippers are legitimate contenders to win it all this June.

And finally, at No. 1 checks in the Lakers.  Having two of the game’s top-2 players has put them slightly above the Clippers.  They have a roster that is among the deepest in the league, much more talented than most people think.  Danny Green, Avery Bradley, Kuzma, Javale McGee, Quinn Cook, Alex Caruso, and Dwight Howard just to name a few.  If LeBron and AD can stay healthy, this team should be the favorite to lift the Larry O’Brien trophy this June.