Baseball is back! After a long and grueling battle between the players and the owners, the MLB is finally set to return on July 24, with players returning for “Spring Training 2.0” on July 1. The season is set to be 60 games, much shorter than the usual 162. Along with this are many storylines that baseball has not seen in a longtime. Could there be a .400 hitter? Is this season going to have an asterisk due to the fact that they are playing 102 less games than usual? Who will be the home run champ? How will this affect the record books? One thing is for sure, this season will be interesting.

Baseball will look a bit different this year. For the first time ever, the National League will have a DH, and pitchers will no longer bat. This will, more than likely, be permanent after this season. The MLB has been flirting with this idea for a long time and this is the most opportune time to do so. Part of the hope is that with no pitchers hitting, it will lead to more offense in the NL. Another interesting change in the game this year will be the extra innings. Extra innings will now start with a runner on second base. Another effort by the MLB to try prevent the games from being too long or being drug out. The MLB’s season will also have teams playing 40 of their games within their division and 20 of them being interleague play.

If this season is like 2019, then the best team might not even be in the playoffs. The Washington Nationals were 27-33 through 60 games, and they were not even in the playoff hunt. In 2019, you had teams like the Phillies, Cubs and Rangers who did not play in October who would have gotten their chance in 2020.

This season might get weird, but in baseball, weird is normal. Anything can and will happen in this short 60 game season. This is a season where pitchers will likely only get 10-12 starts, 18 home runs will nearly be equivalent to 50, and there could be a small chance we see a .400 hitter or a sub .500 playoff team. Each division will be tight until the end, and this year’s playoff race is going to be a photo finish.

There is a small chance, but it is very unlikely there will be a .400 hitter in baseball this year. Even through 60 games it will be tough to maintain that high of an average, and there has not even been a player to over .350 since Josh Hamilton did it in 2010.

Home runs are a stat that will take a big hit this year. Pete Alonso led 2019 with 53 home runs and there were a few with 49 and 48. The league leader this year will likely have 18-21 home runs. 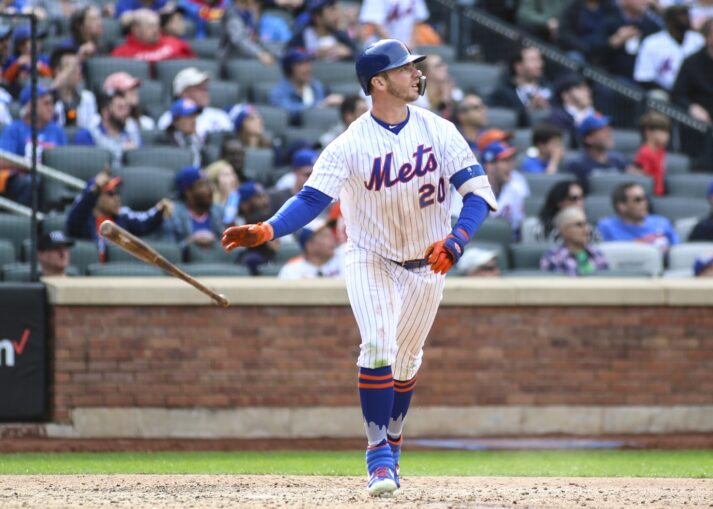 The east is among baseball’s toughest divisions, a potential world champion this season, in the Braves, and last year’s world champion, Nationals. The Phillies made moves in the offseason but still lack the rotation to be a playoff threat. The Braves made some solid moves during the offseason, landing Marcell Ozuna and adding Cole Hamels to their rotation, and Will Smith to their bullpen. They are also taking a low risk, high reward chance on Felix Hernandez. The race will be tight, but for the third straight season, the Braves will take the east crown.

The central is the weakest NL division, the aging Cubs started off hot last season but came up short and will likely do so again this year. The Brewers lost depth in the offseason in Yasmani Grandal and Mike Moustakas. The Reds are the most interesting team in the division. In a 162 game season, they could sneak into the playoffs, but this season the Cardinals will take the division again.

The NL west has two teams that are slept on, The Diamondbacks and Padres. The Dbacks nearly snuck into the playoffs last season and they proceeded to add Madison Bumgarner and Starling Marte to their roster. The Padres will take a step up this year but they are not ready yet. Tatis and Machado will man the left side of the infield for the next decade and the rest of the Padres’ young core will continue to get better, making this a team to watch for the near future. The Rockies and Giants are just two teams that are not good enough to compete with the top of the division and the Dodgers added Mookie Betts in the offseason pairing him with MVP Cody Bellinger, making the Dodgers the team to beat in the National League.

The Yankees miss winning 40 games this season due to Luis Severino’s injury. Severino underwent Tommy John Surgery in February 2020. The addition of Gerrit Cole and their deep and powerful lineup keeps them as top dogs this season. The Rays are the biggest threat to the Yankees this season after adding Hunter Renfroe, from San Diego, and Jose Martinez, from St. Louis. The Rays are going to need Blake Snell to return to 2018 form in order for them to have success during the shortened season. The Red Sox dealt Mookie Betts and were under fire for sign stealing this past offseason. An inevitable rebuild or retooling period is here for Boston. The Blue Jays are in the same boat as the Padres. They are too young and they are not ready for this season, but with Vlad Jr, Bo Bichette, along with a plethora of young talent in the minors, they are a team to watch for during the 2020s. The Orioles are bad. Really bad. They are lucky to have a shortened season so they won’t lose 100 games again this year.

The AL Central is a solid division with lots of talent. The Twins rake. They won 100 games last season and hit a record setting 307 home runs, and they also added Josh Donaldson in the offseason, which makes them lethal, and the favorites to win the central. The Indians are stuck in limbo after missing the playoffs last season and their star, Francisco Lindor, on the verge of a contract extension, could mean that Lindor could be dealt and the Indians begin a rebuild of sorts. The White Sox have a lot of talent, young talent. Moncada finally broke out last year but the team only won 72 games. This year they added Edwin Encarnacion, Dallas Keuchel, Gio Gonzalez along with Yasmani Grandal. The Sox also anxiously await the return of flame throwing prospect Michael Kopech. The Royals and Tigers are in a rebuild, and for the Tigers, it is likely that top prospect, Casey Mize, makes his debut this season.

Amid the sign stealing scandal, the Astros will drop off a bit this year and it will finally be the year for Mike Trout. Trout has played in 3 postseason games and has gone 1 for 12 in his career. Trout’s prime might not be wasted after all as the Angels went out and got star 3B Anthony Rendon, and Shohei Ohtani is expected to be fully healthy for the season. The A’s have been good for the last few seasons but the Angels made a huge leap this past offseason. The Rangers and Mariners are still going through their rebuild which makes them the cellar of the division.

Yankees, Dodgers, and Braves all get revenge in rematches of last year’s playoff matchups. Which leads into the championship series.

This is where the predictions get tough. The Braves could pull it all together this year after two seasons of disappointment and the Dodgers could fall apart all over again, but in a shortened season, the Dodgers take the NL, as they are too loaded. On the opposite side of things, the Yankees will take down the Twins in a 7 game slugfest. Both teams are known to rake and they will do that in the ALCS. 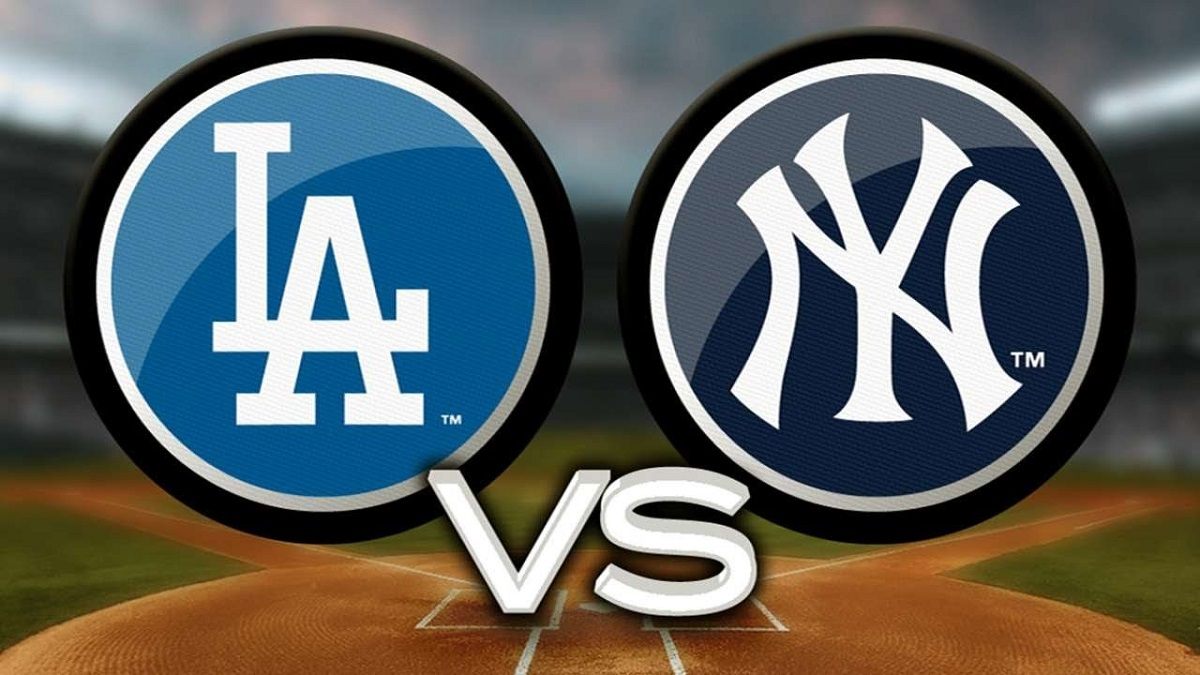 Yankees take down the Dodgers

The Dodgers have been a team that has been known to come up short. Granted there were sign stealing allegations in both 2017 and 2018 against their World Series opponents. But they came up way short in 2019, losing to the Nationals and they could very well do it again. Both of these teams are loaded. Superstars everywhere and it will make for a good World Series, but ultimately it will be the New York Yankees taking the trophy in the shortened, wacky 60 game 2020 season.

Previous articleCrazy Records that Could be Broken this Year
Next articleOne-Name Game: AFC Quarterbacks