It came as a surprise to me when I realized how even my most sports literate friends did not know the difference between a mock draft and a big board, so before I begin, I would like to give a small synopsis…

Big boards and mock drafts can be easily conflated when discussing any sport because of their obvious parallels when ranking certain individuals above others. The chief difference is that big boards do not take into account the individual draft strategy of each team. Hypothetically, if all teams followed the Belichickian principle of always drafting the BPA (best player available) regardless of positional need, mock drafts and big boards would be identical, but in reality, that is not the case.

The job of a big board is much simpler than that of a mock draft in that its only job is to evaluate each individual player and rank them according to how valuable you believe they are in comparison with their fellow draftees. This in conjunction with the fact that you don’t want to rip your hair out in a blind rage when you guessed the 3rd pick incorrectly and it screwed up the rest of your mock draft and voila… you have a big board! 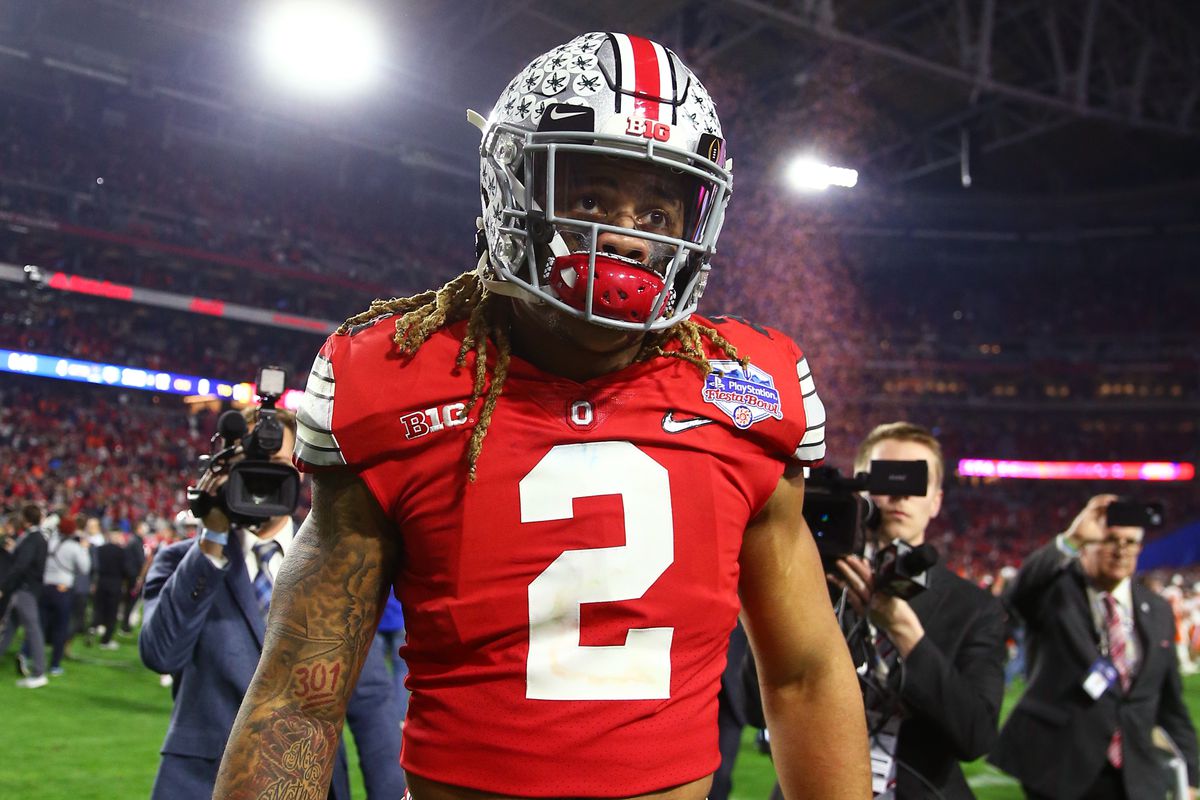 A common mistake casual fans make is to judge an edge rusher based on their sack total as opposed to their pressure rate. Luckily, that misconception won’t matter much when evaluating Chase Young. Young led the NCAA in total pressures as a sophomore playing opposite NFL rookie-phenom Nick Bosa, and as a junior, he smashed the single-season pass rush grade at PFF.

One of Young’s positives aside from unparalleled positional dominance is his ideal build. However, one of his cons may be the fact that he’s coming out of a pass rush-friendly scheme at Ohio State, and there’s no guarantee that dominance can translate in a different system. 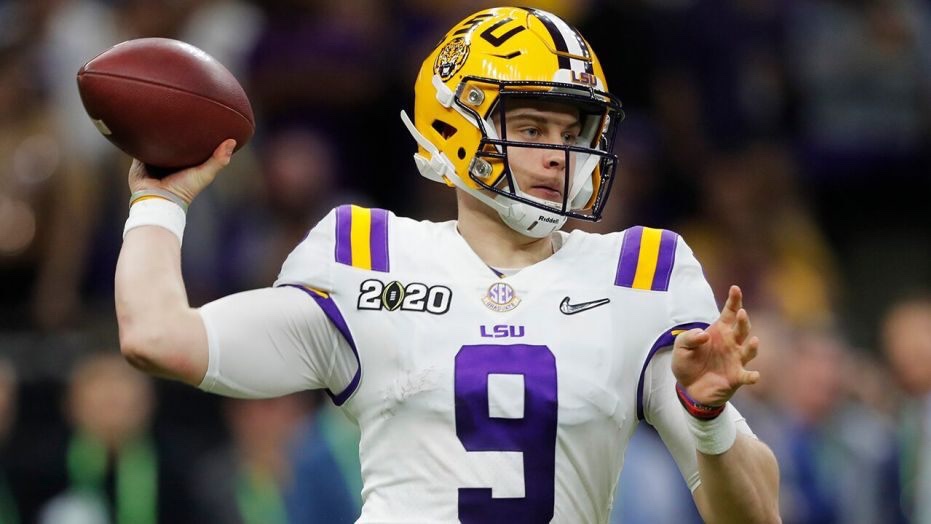 According to 99% of mock drafts, and myself, Joe Burrow is the consensus #1 pick in the upcoming draft. The value of a quarterback is unequivocal compared to the value of any other player, but luckily this isn’t a mock draft!

Burrow logged the highest grade for a quarterback in PFF history last season and, like Chase Young, he dominated his position at an unparalleled level. Burrow is far and away the most accurate quarterback I have ever seen on a college level, and I have full confidence that all the skills he put on display last year will translate on the pro level.

Yes, he’s got mega arm talent. Yes, he’s unbothered by a collapsing pocket without the bugaboo being unaware. Yes, he has a ridiculous gamer mentality. All that being said, I believe Burrow’s biggest positive is his tendency to allow his playmakers to make big plays. His main negative wouldn’t have been seen as a negative just two years ago. However, since the emergence of quarterbacks like Lamar Jackson, Josh Allen, Deshaun Watson, Kyler Murray, etc. having a running quarterback is a hot commodity, and Burrow doesn’t bring that asset to his repertoire. 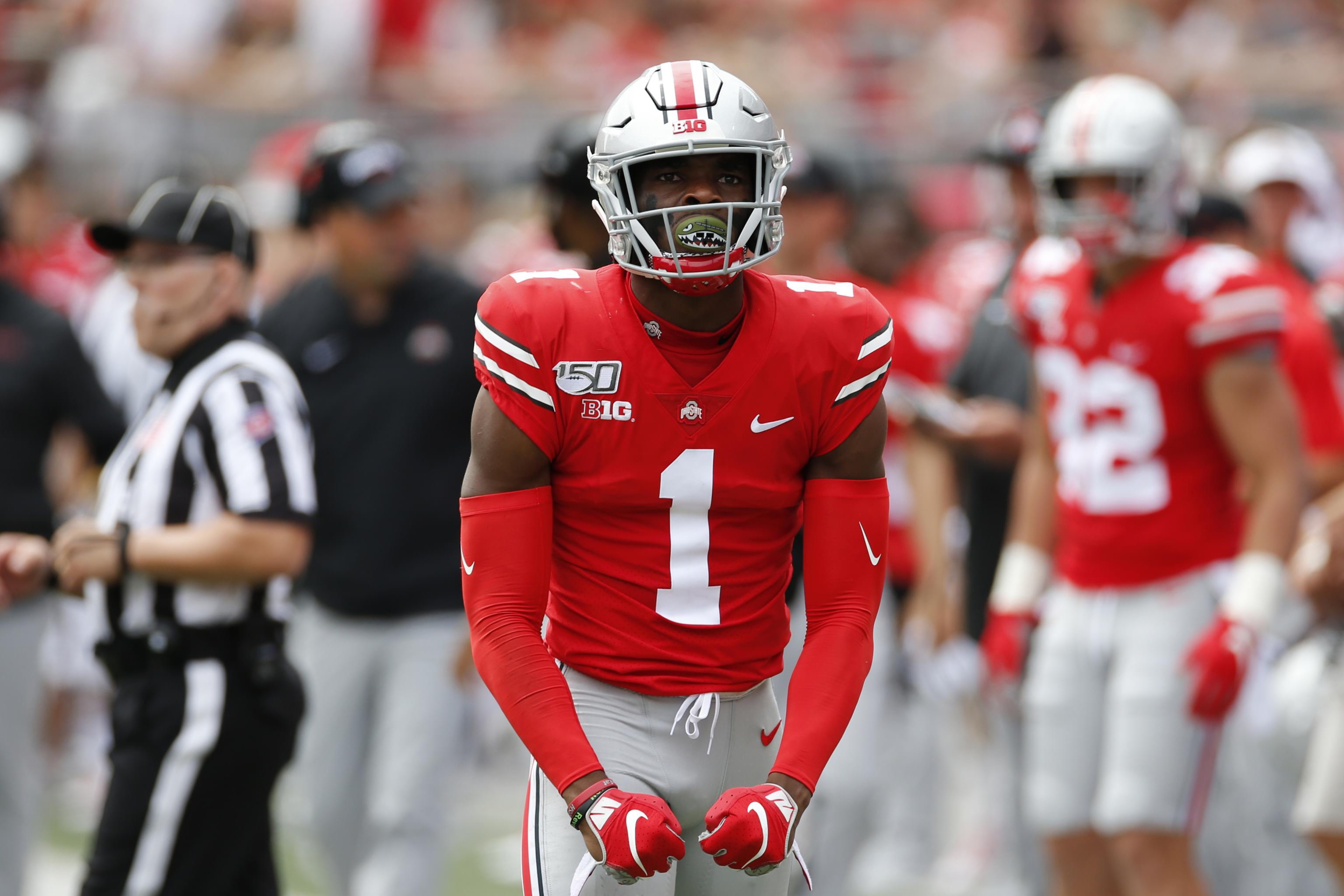 Ask any scout, and they’ll all tell you the same thing; Jeffrey Okudah checks almost every box at his position. Besides, Ohio State runs cover-1 and cover-3 defensive schemes almost exclusively, which just so happens to be the most popular coverage scheme in the NFL.

Okudah’s best attribute is his ability to run any coverage in the book. His excellent ability to stick to receivers downfield manifested itself in his longest completion allowed last season being just 28 yards. Okudah’s biggest negative is his lackluster tackling ability, and being sub-par at the catch point. 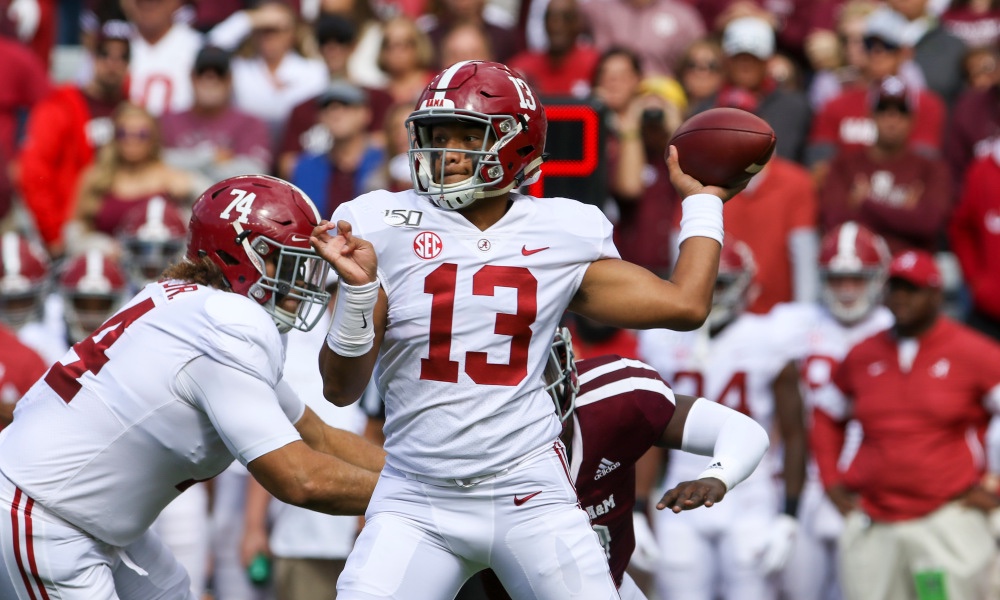 Take yourself back to the NCAA championship game three years ago… Jalen Hurts is having the worst game of his life, and in an all-time bold move, Nick Saban decides to thrust in the Hawaiian freshman whose name we couldn’t pronounce. That rookie dropped everyone’s jaw in the second half of that game and proceeded to win it for the Crimson Tide. Fast forward a year, that same player is still the 2020 consensus #1 pick, but not eligible yet. Fast forward another year and aside from a hip injury and an unprecedented year from Joe Burrow, Tua Tagovailoa is largely the same player.

Tua has a long list of intangibles that are self-evident, but his accuracy is beyond the comparison of anybody not named Joe Burrow. Tua checks a lot of boxes, but the most glaring holes in his game lie in his inability to throw the ball deep and his tendency to leave clean pockets. 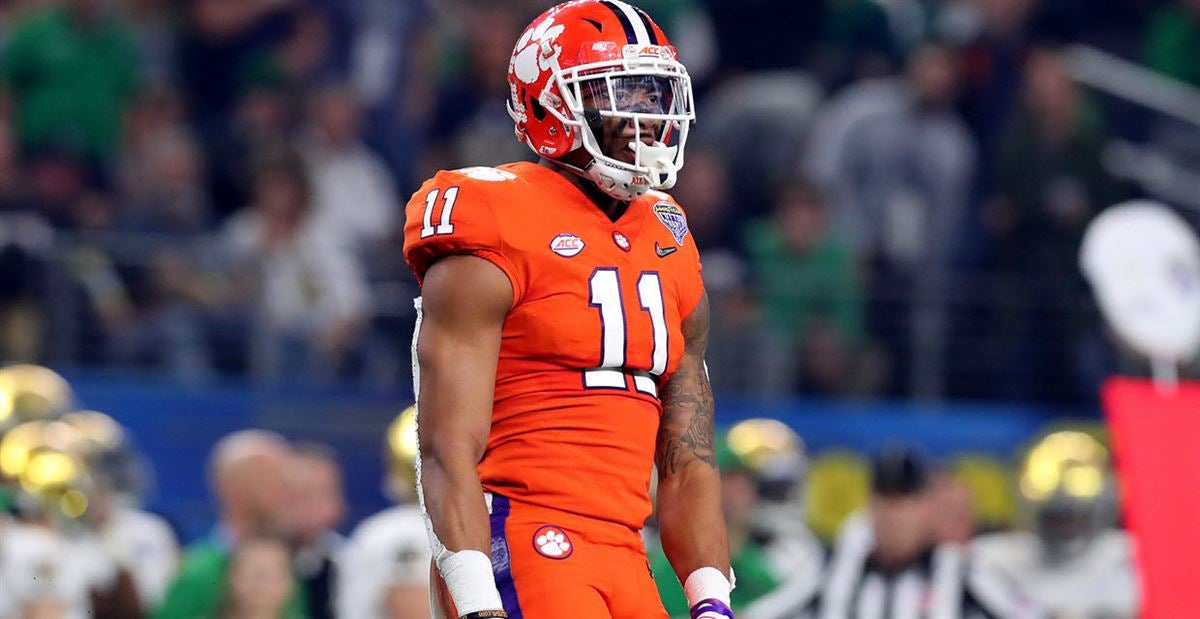 Probably my favorite player in this whole draft, Isaiah Simmons is a once in a generation type player. I knew I would remiss comparing him to any player, so I chose two. Simmons is an absolute freak of nature, and I’d say there’s a strong possibility he has the potential to be better than Okudah.

The natural physical abilities of this kid are incompatible and unsurpassable. He can play formidable man coverage on slot receivers and can shut down passing lanes between the numbers. Some potential negatives are his trouble changing directions and question marks about how well he will fair fighting off blocks, considering he played more of a safety role at Clemson. 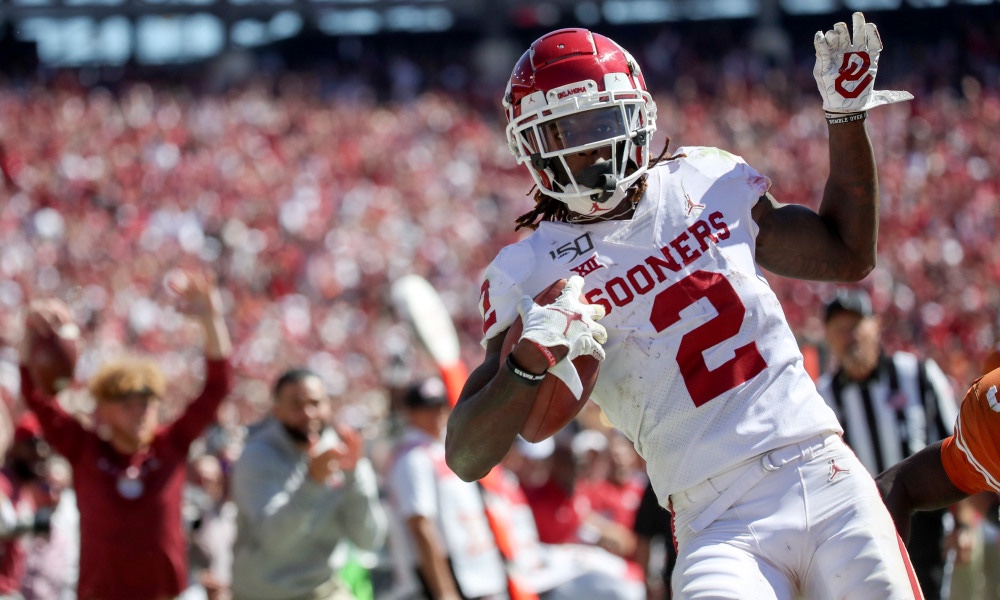 This receiver class is potentially the most stellar group we have seen in over a decade. The positional group is flooded with high-end talent, the likes of which will keep NFL teams grabbing optimistically through 7 rounds. There seems to be one question for the receiver-needy teams at the top of the board though… who is the best? Is it Jerry Judy? Is it Tee Higgins? Is it Henry Ruggs? Is it *insert uber-talented receiver here*? CeeDee Lamb isn’t the physical specimen some of these other receivers are, but he leaves very few boxes unchecked when it comes to his play on the field.

Lamb’s ability to persuade defenders through his route running, in concert with his tremendous ball skills, he is a force to be reckoned with. The only box I would consider unchecked when it comes to Lamb is his unimpressive speed, but when you have the route running skills he does, it doesn’t take as big a toll. 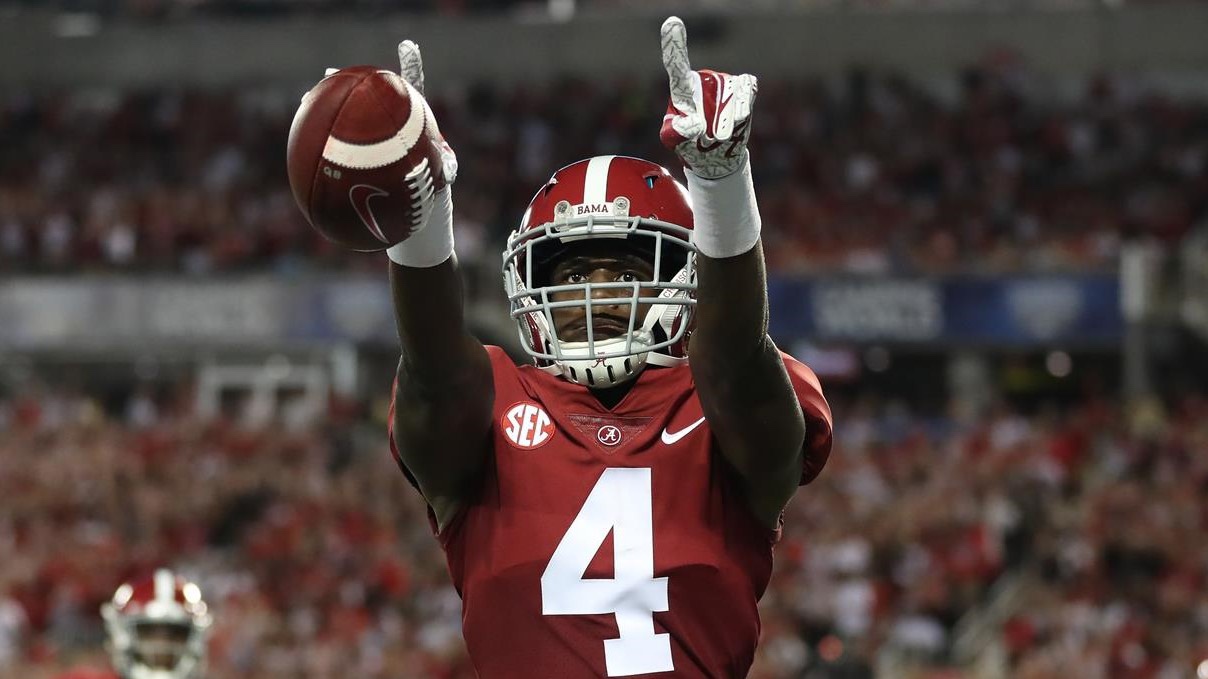 As I previously stated in the evaluation of CeeDee Lamb, there may not have been a more stellar group of receivers to come into the league in the past decade than this group this year. Jerry Jeudy would have been the #1 receiver in most drafts in NFL history given his abilities, and he very well could be this year as well. Jeudy is virtually untouchable in space and is phenomenal against press coverage.

Much like Lamb, Jeudy can persuade defenders with his outstanding route running, but he has the deep speed to couple with that, along with being excellent at the catch point. His positives are comparable, if not better than Lamb’s, but the negatives are more obtrusive. Jeudy is smaller than your typical ideal receiver, and he has too many “alligator-arm” attempts at catching the ball between the numbers. 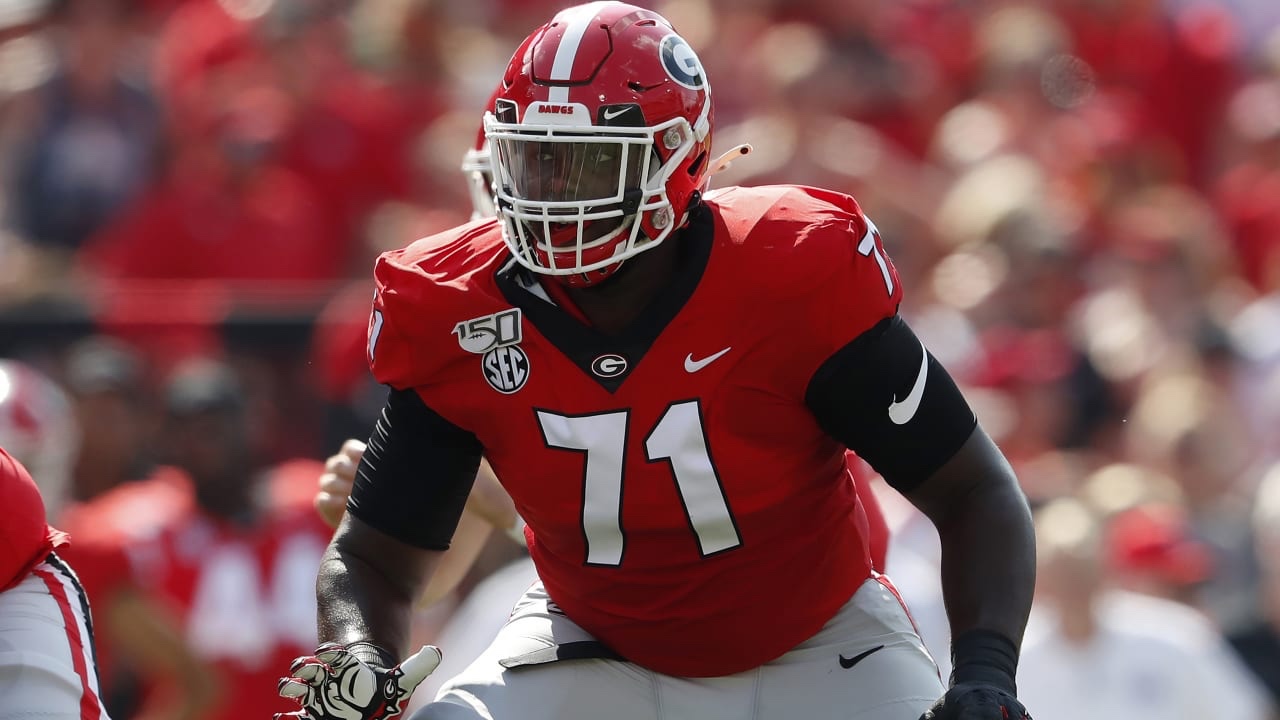 Thomas has shown superb pass protection for all three of his years at Georgia, and he only slightly edges out Jedrick Wills Jr. for the best tackle in the Power-5 (and my big board). Although he is far from perfect, the level he is at for his age gives the indication of a safe pick for those in need of someone at the tackle position.

His main positive is his first-rate physical gifts which give him surprisingly good flexibility that goes hand in hand with his Herculean strength. Unfortunately, his physical gifts don’t mitigate his erratic feet in pass protection and his recklessness in run blocking. 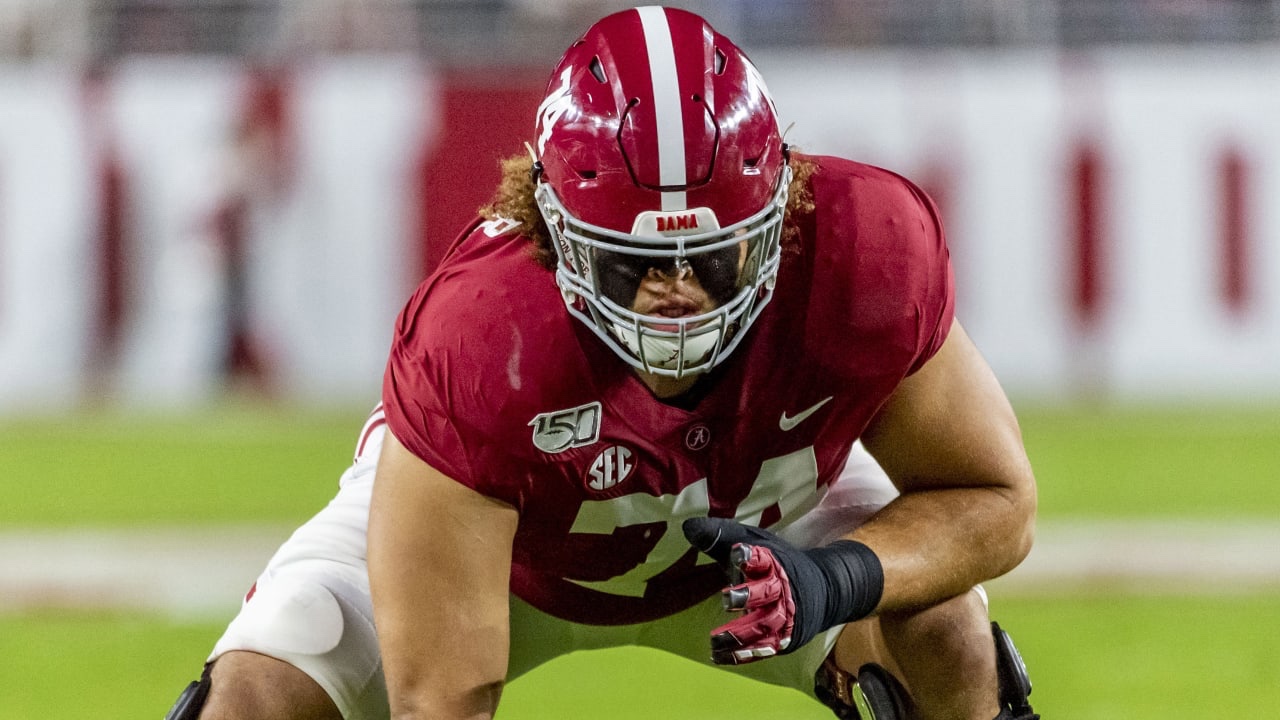 Wills is the third Alabama player to appear on this list so far, and he can be argued as the main catalyst for the joint success of the two above him. Wills loves to embarrass the opposition by bodying the life and soul out of them at the line of scrimmage.

The two premier aspects of his game are his ability to move like a defensive lineman and the fact that he can work in any blocking scheme you put in front of him. Although we all love a good old pancake block, Wills has a propensity to get a little too trigger happy, as he aims to obliterate the opponent rather than take them on fundamentally. 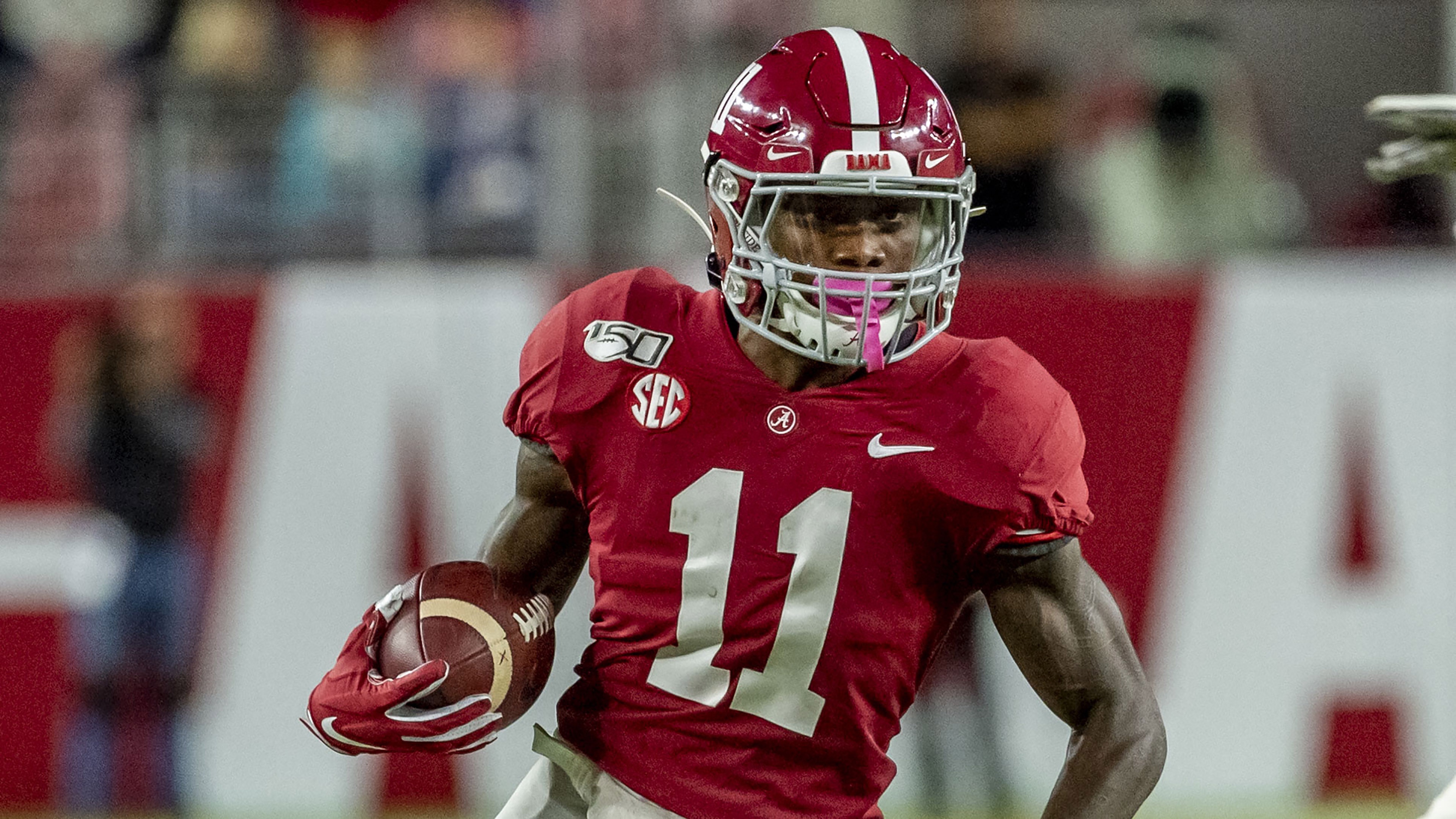 Ruggs is far from the best receiver in this draft, but I cannot say I’m more excited to see any player from this draft on the pro level than him. If you’re looking for speed, look no further than Ruggs as his speed is unmatched by anyone else in this draft. Don’t let that fool you though! Ruggs is a complete receiver with excellent ball skills and has dropped a total of just five catches during his tenure at Alabama.

His number one trait has to be his speed, but an underrated aspect of his game is his boldness to make plays in traffic. Some negative aspects of his game include not using his body enough, and bad acceleration off the line of scrimmage.