The Los Angeles Rams entered the 2020 NFL draft after a disappointing 9-7 finish in 2019. Ok, 9-7 isn’t disappointing because it is a winning record, but it wasn’t enough for the to clinch a playoff berth. The NFC West is looking like the most competitive division right now and LA did not have a 1st-round selection. Here’s how the Rams went about the 2020 NFL Draft to help them in a stacked division.

Akers is a good pickup for the Rams after Todd Gurley was released earlier in the offseason. Clearly, they needed to move on from him after injuries caused a lack of production. LA brought in Cam Akers to fill his role and help Jared Goff out in the backfield. Akers will join Malcolm Brown and Darrell Henderson on the depth chart, but it is still unclear who is going to see more reps.

It is expected all three will share the workload, but that is subject to change as the offseason progresses. Akers is a smaller running back standing at 5’ 10” and is known for his ability to escape tackles and get in between tight holes on the line. Akers has the potential to be the RB1, but like I said before, it’s expected that the workload will be shared by the three backs.

The wide receiver position was also a need for the team after trading Brandin Cooks to the Texans weeks before the draft. He is not expected to take over Cooks’ role out of the gate so he’ll be a depth receiver. Jefferson’s role, for now, is going to be a receiver they can improve and hopefully become complement Cooper Kupp and Robert Woods.

Again, there isn’t much pressure here, because they already have players here to work with. Jefferson is a solid route-runner and will definitely help the Rams on quick passes and even deep balls. I like this pick because it gives Goff another weapon to work with, but I don’t like it enough to give it an A because it wasn’t a “steal”, but more of a “solid pickup”.

In Round 3, the Rams turned their attention to building a defense that lost some pieces in the offseason. Here, Los Angeles went with OLB Terell Lewis, who will help with the pass rush that lost players like Dante Fowler Jr. to free agency and Clay Matthews, who was released.

When playing, Lewis was a really good linebacker and stood out among the rest. That being said, durability is a concern here. Lewis was sidelined for a total of almost two seasons due to injury. But, in the 10 games he played last season, he did record six sacks. As long as he stays healthy, this could prove to be a solid pickup for the Rams. 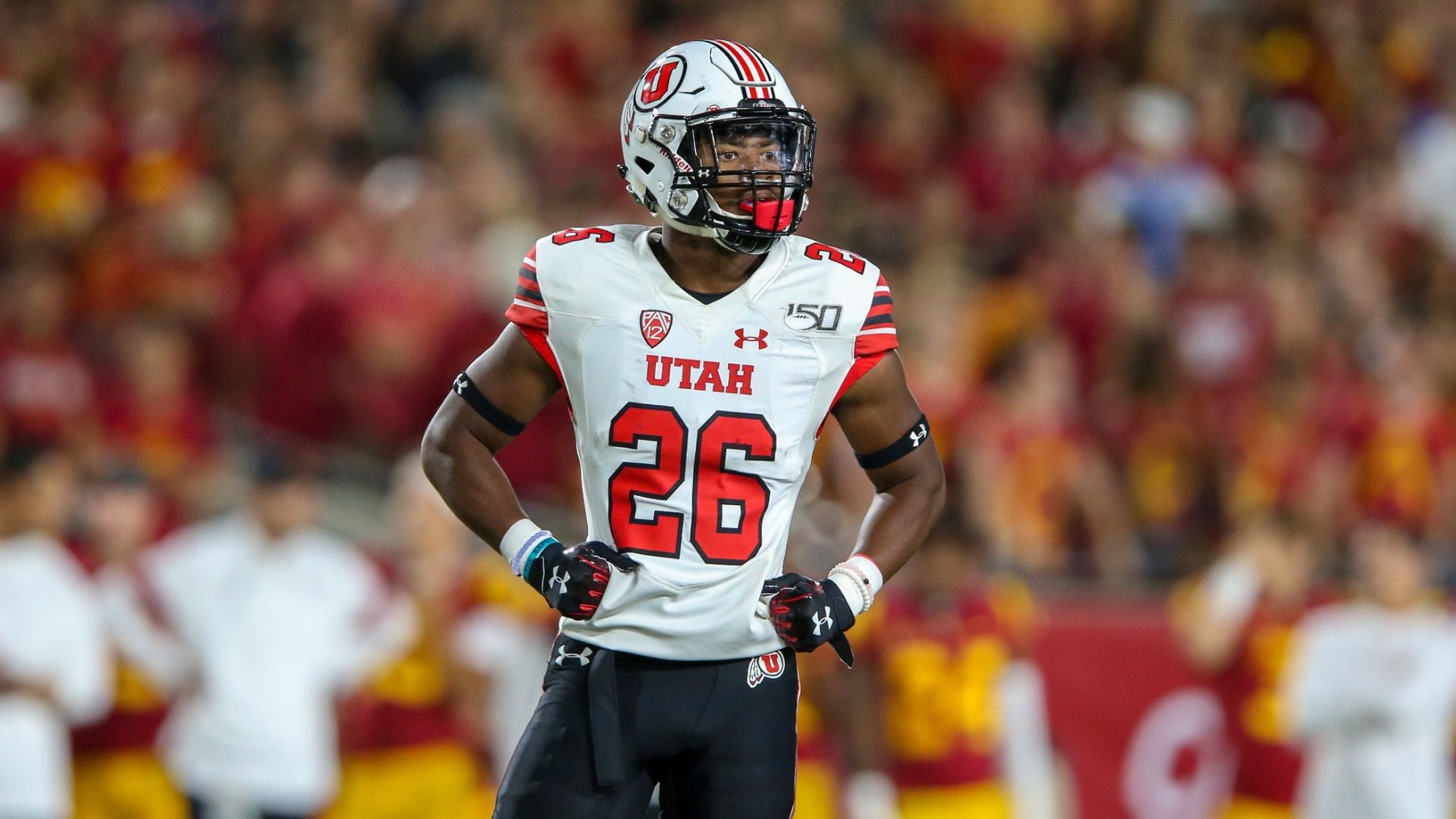 Personally, I do feel like the Rams did lose a lot this year, especially in the secondary. Safety Eric Weddle retired and the team also released cornerback Nickell Robey-Coleman. What I love about the Rams taking Burgess is that he has played both corner and safety in his career. At college he converted from cornerback to safety, clearly showing his versatility.

It’s unclear how the Rams will use him because he can play either position, but the best bet might be to use him to fill Robey-Coleman’s spot. Financially, it makes sense to put the young player on a cheaper contract than starting the season with a free agent who wants more money. Regardless of where he goes, I think Burgess has the potential to be a solid defender at the pro-level.

The Rams decided to go back to offense and take a tight end, but my only issue here is they didn’t seem to need a tight end. The position currently consists of Tyler Higbee, Gerald Everett, and Johnny Mundt. Hopkins is a bigger tight end (6-foot-4, 245 lbs), so he could be utilized as a blocker throughout the season, or the Rams can use him as a pass-catcher for Jared Goff. In 2019, he did average 75.5 yards per game, so the pass-catching ability is there, but I still don’t see a need for another tight end. Every team has a head-scratching pickup, and this is one of them for the Rams.

Another safety to help with filling the hole left by Eric Weddle. Unlike Terrell Burgess, Fuller is a safety and safety only. For right now it seems that he will be a backup behind John Johnson and Taylor Rapp, providing some depth at the position. Fuller is a solid run-stopper and did record 5 interceptions during his time at Ohio State. It’s a smart move by the Rams to go safety again, building up the secondary because of who their division counterparts are. They will have to play against the Cardinals twice a year and still have to handle the Seahawks and 49ers receivers.

Clay Johnston has the chance to see action early on in his career because he joins an inside linebacker core that has little starting experience. In 2019, Johnston played six games and totaled 2.5 sacks and an interception. Not that bad through six games, but the durability might be an issue here because he was sidelined with a season-ending leg injury. He will mainly be a depth linebacker to help the position and can also see some special teams action.

Well, the Rams did well and did not take a kicker in the first round like someone did in my fantasy league. After Greg Zuerlein left for Dallas, it was time for Los Angeles to bring in a new kicker. So, the Rams drafted one. Sloman is not guaranteed the starting job as he will have to compete for it with former CFL kicker Lirim Hajrullahu and former XFL kicker Austin MacGinnis. However, Sloman was perfect with his extra-point attempts (34/34) and made 87% of his field goals. In 2019, his longest was a 53-yard field goal. Not that bad.

The Rams need to keep Jared Goff upright. To do this, they need more depth on the offensive line. Anchrum will come in and has the opportunity to do just that. At Clemson, he started his last two seasons and was named all-ACC as a senior. The offensive line for the Rams remains a project and they add another piece with this pickup.