Now that the 2022 NFL Draft is in the books, we can take a look at the class as a whole and evaluate how each prospect or team will perform in the future. There were a ton of surprises and this will go down as one of the odder drafts we have ever seen. Here are seven key takeaways from the 2022 NFL Draft. Make sure to check out my grades for every 1st and 2nd round pick as well as my winners and losers on @gdn_scouting on Instagram. 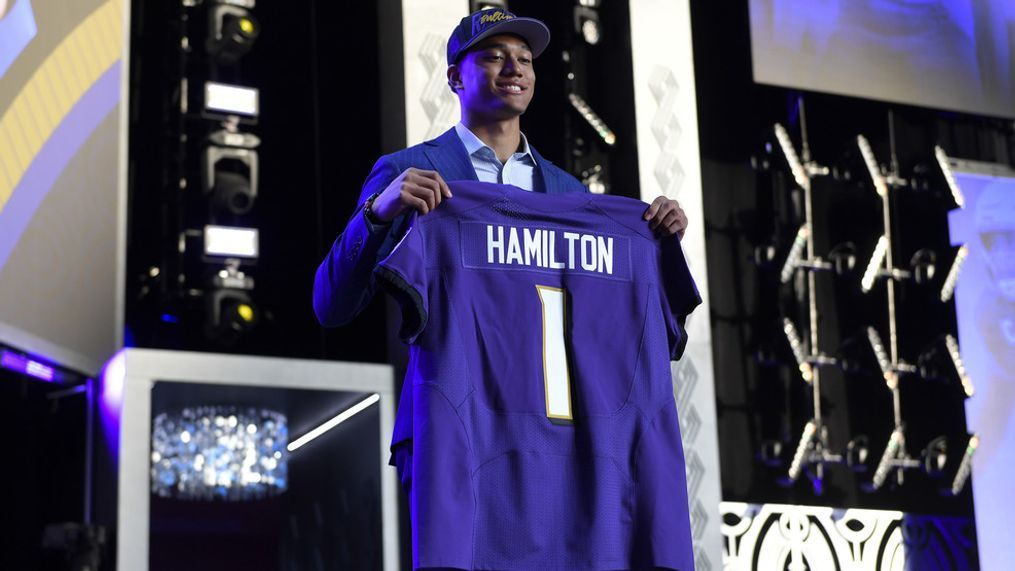 1.) Teams that contend continue to build up

Sometimes team’s bad drafting habits allow for some great players to fall into the hands of great teams. The Baltimore Ravens are a perfect example of this. They sat back at pick 14 and were able to snag a top-five talent in the draft, Kyle Hamilton. Then they turned around and traded Marquise Brown who has been a decent, but not amazing contributor on that offense for another first-round pick. Then they took Tyler Linderbaum, another top-ten talent in the class at pick 23. With the David Ojabo and Travis Jones selections on day two, they locked down four top-30 players in the first three rounds. That is great drafting and I expect the Ravens to be a team in contention this year.

Then the Chiefs followed them up. Trent McDuffie at 21 and George Karlaftis at 30. Two great day-one picks that beef up that defense. I wasn’t a fan of the Bryan Cook selection on day two, but he is a decent safety. Skyy Moore could’ve gone to them in round one, but they found a way to get him in round two. Leo Chenal was a great pick in round three. On day three they continued to add Darian Kinnard along the offensive line and Joshua Williams in the secondary. The Chiefs are a team who are looking to get back to the Super Bowl and this is how you do it. Excellent draft from Brett Veach and Co.

Three home run picks in the first round. Breece Hall in the 2nd round. Jeremy Ruckert in the 3rd. Their day three picks in Max Mitchell and Michael Clemons were good too. This is how you support and build around your young quarterback. The Jets had a great draft and if they can hit on all of these picks and the first five become contributors to their team as a whole, they will be a scary force in a couple of years. I really do believe that Garrett Wilson can become one of the best receivers in the league with Zach Wilson. Breece Hall and Michel Carter in the backfield make that offense even better as well. Robert Saleh and Joe Douglas seem to be building something special in Florham Park.

3.) The value of the quarterback

For years, Draft 101 has been that the quarterback position was overvalued. That’s why I felt that even though this class was lackluster, we’d see 2-3 go in round one. However, I could not have been more wrong. The league soured on many of these guys as we saw Malik Willis, Desmond Ridder, and Matt Corral all go in round three as opposed to rounds one or two. It was a stunning storyline and may be the anomaly for the foreseeable future. Either way, it forces us to reevaluate how we view the position and understand the draft. 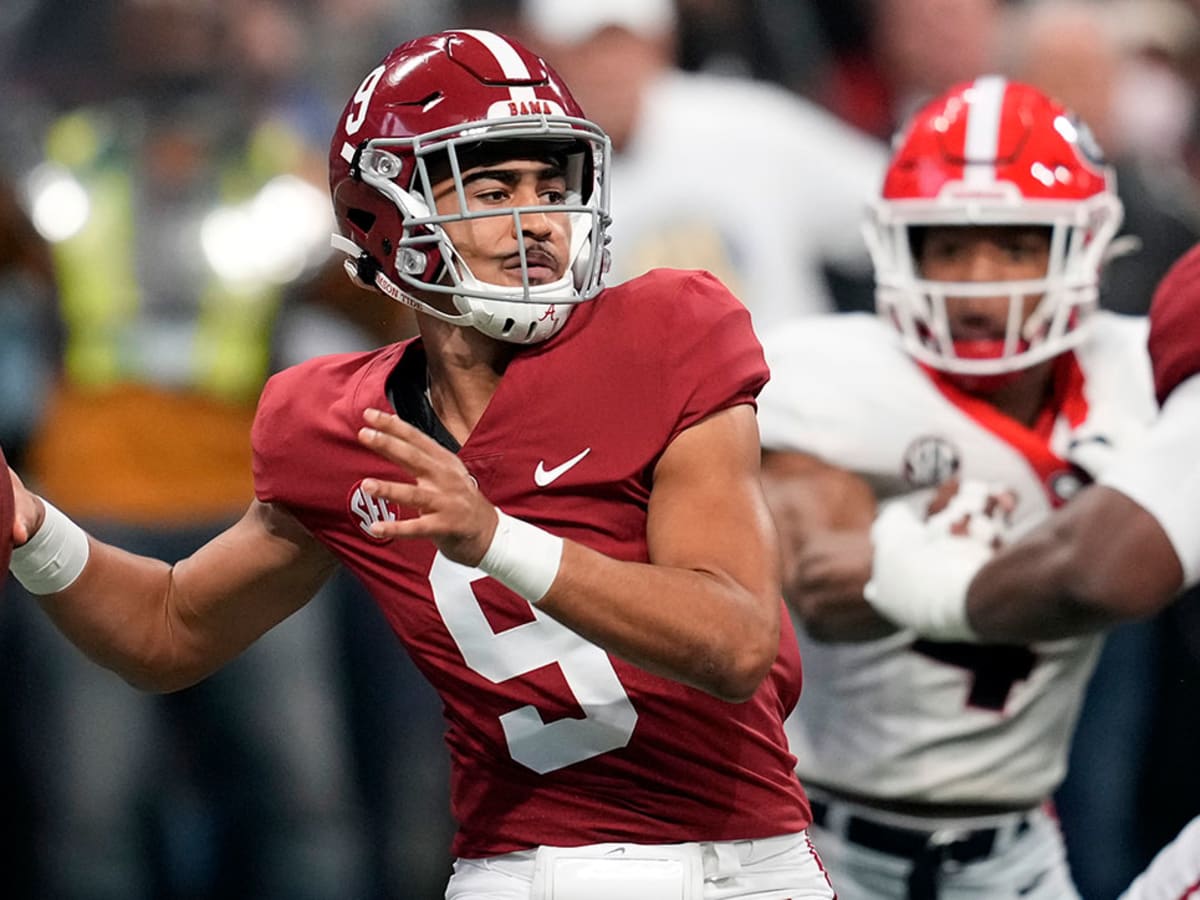 4.) Seattle elects to “Blow for Bryce”

While we are on the topic of quarterback, the Seattle Seahawks have made their intentions clear. They had a very good draft and were able to pick up a lot of valuable playmakers for the future, but they failed to address may be the biggest weakness on their roster at the moment. Drew Lock or Geno Smith seem poised to be Seattle’s 2022 starting quarterback. Unless they trade for Baker Mayfield, that seems likely. It also seems like the Seahawks may be in the position to draft a signal-caller high in next year’s draft. Bryce Young from Alabama seems to be the favorite at the moment so I’ll coin the term first. The Seattle Seahawks look like they will be “blowing for Bryce”.

After the NFL Draft, I was asked “do you think the reason a lot of the talent was underdeveloped was because of how COVID-19 affected college football last year?” The more I thought about it, the more I came to terms with the fact that the reason that there were so many “ceiling guys” with high upside and potential was that they didn’t have a full season last year. Without an offseason program or a full, complete season in 2020, I can only imagine the amount of coaching and development a lot of these guys missed out on. Obviously, the top prospects still found a way to be great, but a lot of the super athletic, high-upside guys may not have had the ability to develop in college as much which is why they came in so raw. It marks the hopeful end that this pandemic has had on this sport.

One major takeaway that I realized this entire draft season is just how subjective film can be. I like to throw the phrase around “teams suck at drafting.” And to a certain extent, they do. Travon Walker at one should have never happened. But when teams take Phidarian Mathis, a decent player, over a guy like Travis Jones who I felt was much better, it shows that each team has their own opinion and that if they trust it, I understand why they should go with it. This has been a very divisive draft class in the scouting community and it was expected that players like Roger McCreary would be more valued than players like Kyler Gordon or Andrew Booth.

After the trades of Davante Adams and Tyreek Hill, the NFL saw the value of the wide receiver position skyrocket. That is why it was important for a lot of teams to get their young guy now on a cheap deal. However, in four to five years when the 13 receivers taken in the top 64 picks are due for a contract, the value will be even higher. This means some will get big deals and some won’t. It’s a confusing thing to evaluate, and I feel that in a couple of years, this fatigue of the market could render the WR position similar to the RB position. Once the player wants a big contract they’re traded and a young guy is picked up. It’s just a working theory, but we are seeing the groundwork of a very interesting NFL plot point unfold before our eyes.

Previous articleWhat Should The Lakers Do With Russell Westbrook?
Next article2022 NBA Mock Draft 1.0