The most important position in football is the quarterback. Every year, teams look to find a young face of the franchise at signal-caller and this is the first time since the days of E.J. Manuel and Geno Smith in 2013 where there is no clear-cut starter in the draft. I do, however, think there are some talented prospects in the 2022 quarterback group. At this point in the process, there are six names that headline the pack, Malik Willis, Matt Corral, Kenny Pickett, Sam Howell, Desmond Ridder, and Carson Strong. We’re going to look at all six prospects to see where they stand before their pro days and the combine. 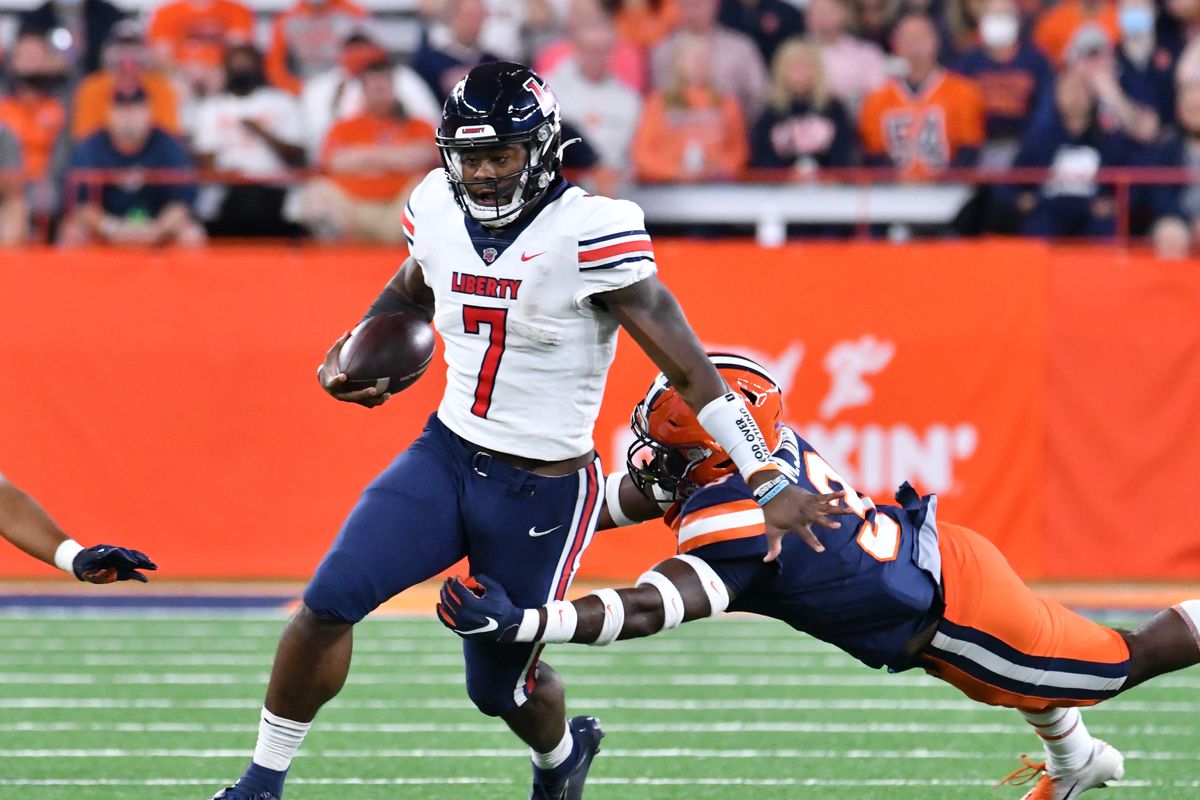 After watching Willis at the Senior Bowl, it’s clear he has the physical tools to be an NFL quarterback. He creates great velocity on the ball with his rocket launcher of an arm and he showed in Senior Bowl practices day in and day out that he can make every NFL throw. Willis showed his elite athleticism by leading the American Team in rushing yards with 54 on just 4 attempts in the game on Saturday. Despite his top-tier arm talent and elusive athleticism, he sorely lacks when it comes to the mental parts of the game.

Malik has trouble reading defenses and is still very much a work in progress when it comes to making his progressions and taking what the defense gives him. There are far too many times when Malik misses a clear tell or alignment of opposing defenses, escapes the pocket after one read, and makes a turnover trying to force the big play. These are things that can be helped or even fixed by NFL coaching staffs but he is a project, to say the least. Although it may take two or three years for him to reach his potential, there is no doubting his physical tools and ridiculously high ceiling.

One of the best quarterbacks in the SEC this season, Matt Corral put some first-round worthy quarterback play on tape. First and foremost, Corral’s strategic ball placement and accuracy on every level of the field are arguably the best in the class. At Ole Miss this season, Matt consistently put his receivers in the best position to make a play after the catch and showed precise throws in the red zone where only his guy could get it. He doesn’t have a “huge” arm by any means but he can get the ball to his receivers downfield while still leading them away from contact and towards the open field.

One huge qualm I have with Corral is his ability to go through progressions. Lane Kiffin’s offense didn’t ask much of Matt and the extent of its complexity was RPO concepts. He will need to develop for a year or two in the NFL but his pinpoint precision in the passing game paired with his pocket mobility makes for a good quarterback in theory. This is another guy who will need extensive work in the film room and to be developed by some talented offensive minds in the NFL.

Arguably the only 2022 quarterback that can start in the NFL right away, Kenny Pickett is a “what you see is what you get” type of player. He has steadily improved at Pitt and in 2021 we finally saw a veteran-like player in Kenny. His anticipation, football IQ, leadership, and pocket presence are all his finest qualities. Pickett was in a pro-style offense this season and was asked to make difficult reads, go through progressions, and operate quickly, all of which he was great at this year. He doesn’t have a rocket launcher for an arm by any means and his accuracy can vary from drive to drive but for the most part, he’s pretty good at everything.

All the media can talk about is how small his hands are and the fact that he wears a glove on his throwing hand but that will really only affect him in weather and shouldn’t be as big of a deal as people are making it out to be. My real concern with Kenny Pickett is his ceiling in the NFL. He has good size for the position, is an intelligent player, a leader, and a great field general but he doesn’t have any of the flashy physical tools and no singular part of his game is elite.

He is just above average at almost everything and will be a good manager in the NFL. I think he can have a season much like Mac Jones did this year in the right offense but he may never get much better than that. Hopefully, he goes to a strong team that doesn’t need him to elevate the talent level of the players around him. 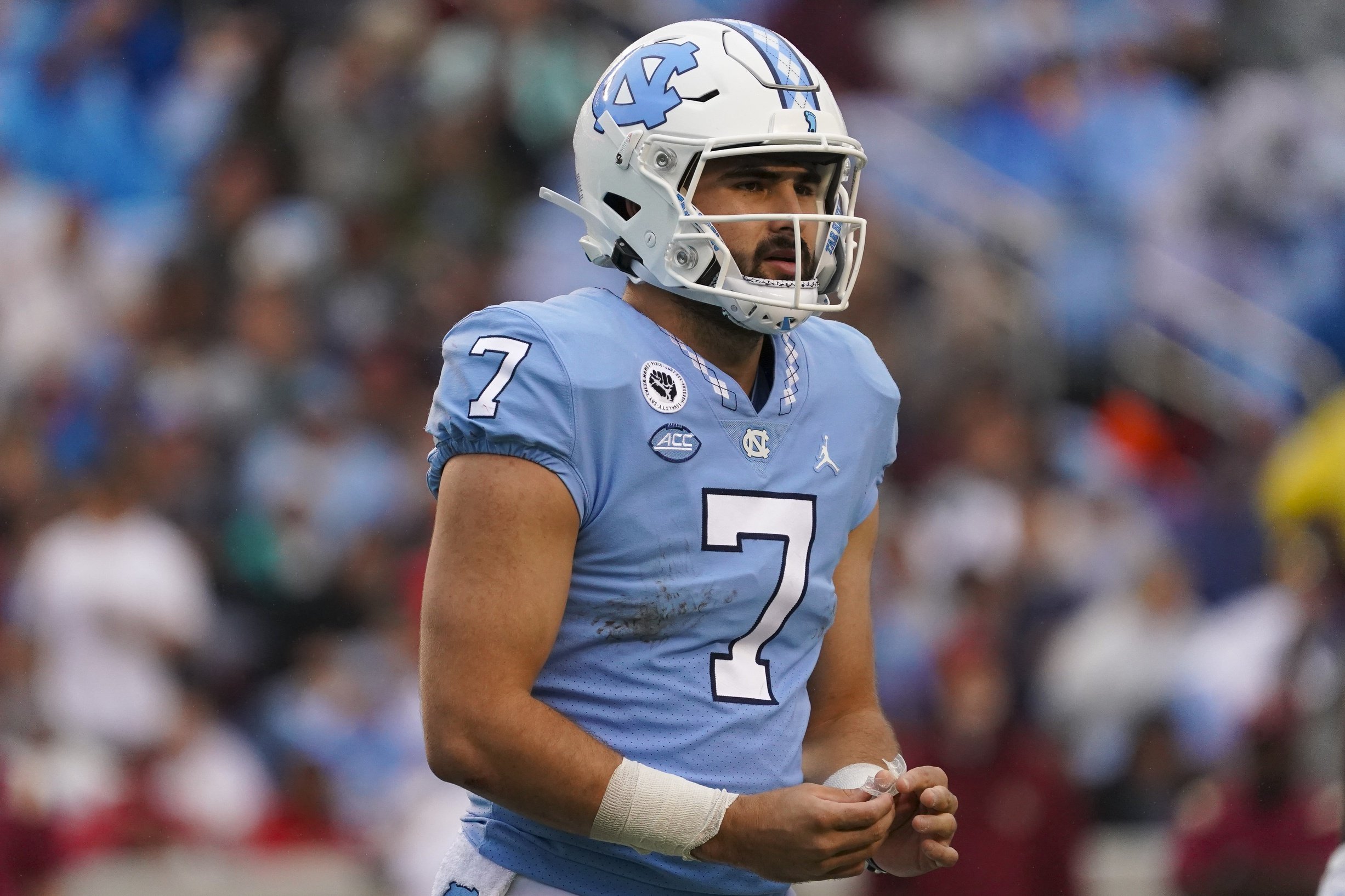 One of my favorite players coming into the 2021 season was Sam Howell. He was a three-year starter and is the all-time passing yardage and touchdown leader for North Carolina. Howell is all football, all the time and he is dedicated to being the best player he can be. The former Tar Heel is a twitchy athlete who showed great mobility this past season. He doesn’t have a huge arm but he can deliver a catchable ball to every level of the field. Howell has shown spectacular finesse on his intermediate to deep throws this season while still putting great zip on the football. His decision-making can be iffy at times but for the most part, he’s consistent in his performances.

My biggest qualm with Howell is his ability to go through progressions. North Carolina’s offense is a very simple one-read scheme. The Senior Bowl was a good opportunity to see what Howell can do when tasked with making harder reads and going through progressions in a pro-style offense. He struggled in practice throughout the week but showed improvement every day. I think Howell has the potential to be a fantastic quarterback. In order for him to reach his ceiling, he’ll need to be put into a situation with great coaches, a good surrounding cast, and the privilege to sit behind a veteran for a year or two.

There is no doubting how crucial Desmond Ridder was to Cincinnati’s playoff birth this season. He was a four-year starter for the Bearcats and has been a standout leader in the locker room. As far as intangibles, he’s got the chops to be a great leader of men at the next level. On the field, he displays great mobility and pocket awareness as well as big arm strength that helps him produce great zip on downfield plays.

I wouldn’t say he is the most athletic or has the biggest arm in this class but he is definitely on the podium in those areas. Where my real concerns are is with his ability to operate in a pro-style offense. Ridder comes from a very simple Cincinnati offense where he wasn’t asked to find the best plays or make progressions. He will need to sit for at least two seasons to become accustomed to being a pro quarterback. I think his physical tools make him an intriguing prospect but the lack of IQ and experience in an NFL type of offense leaves much to be desired. 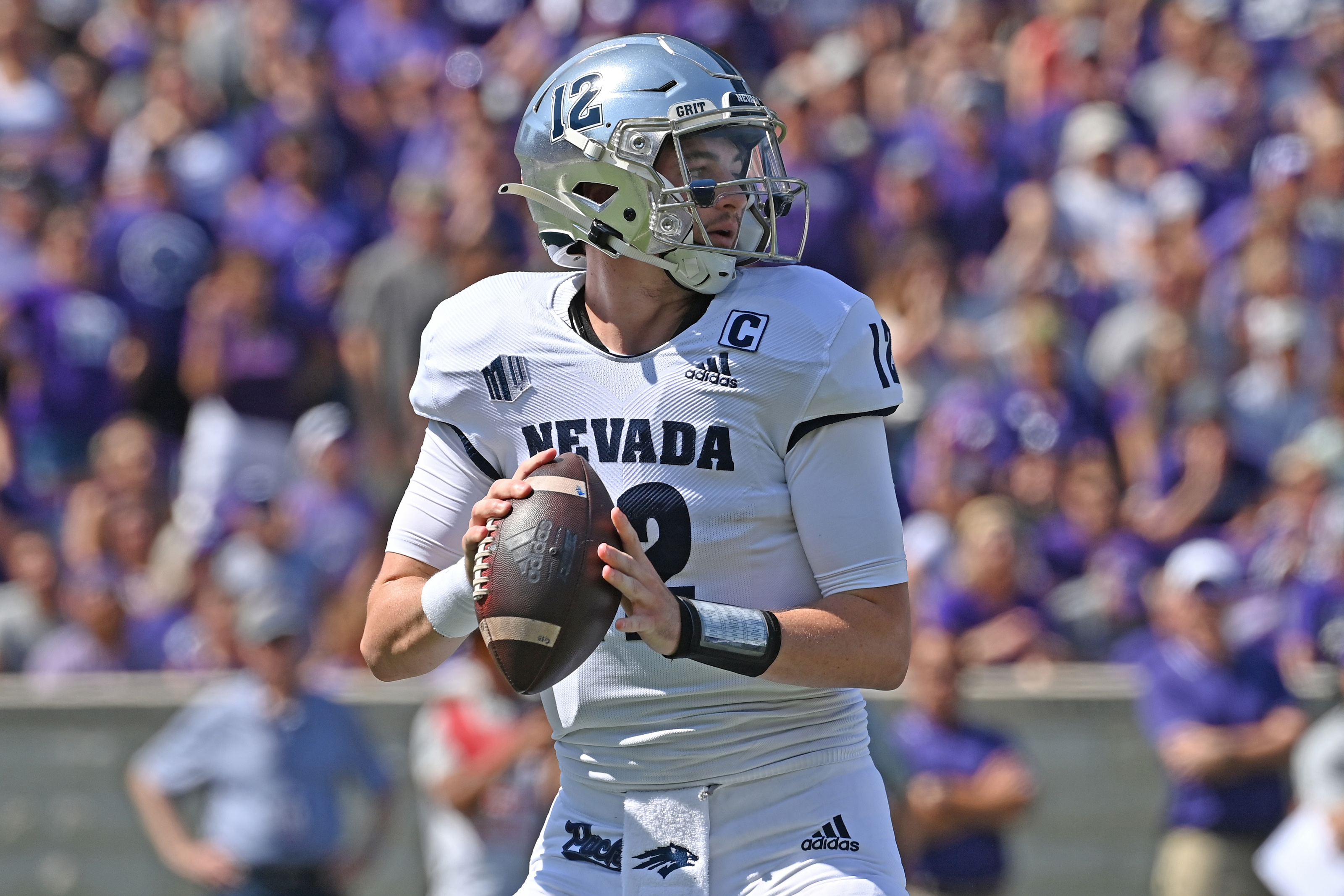 Most of the quarterbacks in this draft fit the same mold with athleticism and accuracy being key traits; Strong is different. There is little to no mobility when you watch Carson Strong play but what he lacks in mobility, he makes up for in arm talent. The three-year starter at Nevada can sling it deep with the best of them and generally, with great accuracy. He has a long history of knee injuries and it is clear when watching how stiff he is in the pocket. The part of his game he hangs his hat on is his arm strength and ability to zip balls to the outside.

Due to the value of mobile quarterbacks in the league, Strong has an uphill climb to being one of the best passing prospects in the class. Very few prospects had more to prove at the Senior Bowl and unfortunately, Carson Strong’s performance left quite a bit to be desired. Almost every quarterback was firing balls into tight windows and outside the numbers better than Strong; At this point all he seems like as a prospect is a strong-armed quarterback with a big frame and injury concerns. He has a long way to go if he wants to find himself selected in the first two rounds.