With the All-Star Break commencing, I wanted to go over some of the most underrated NBA players this season. These players have gone under the radar and have gotten very little media attention. 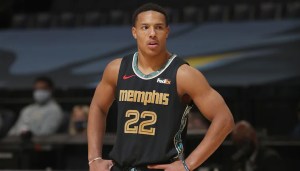 Bane has been a very underrated piece for the Grizzlies this year. Bane has improved his scoring ability, showcasing his ability to score off the dribble with an improved scoring bag. When Ja Morant was sidelined with an injury, Bane stepped as a scorer and showed his potential to be a second-third scoring option. He averaged 17.5 points on 44% shooting from the field. Bane has nearly doubled his scoring from last season and has become a much-improved defender as well. Bane embodies the Grrizlies’ grit and will be a key piece for the Grizzlies as they continue the quest for a championship.

Jalen Brunson has exploded onto the scene this season. He has been one of the more underrated point guards this season. With Luka out for a month due to an ankle injury, Brunson averaged 21 points on 51.5% shooting from the field. Brunson has improved his scoring and playmaking this season and is extremely efficient in the pick and roll game. With Dinwiddie struggling to score since joining the Mavericks, Brunson’s going to have to be a consistent scorer alongside Luka.

When the Sixers were able to get Harden without giving up Maxey, that was a big win for them. Maxey is a rising young star and will benefit greatly from Harden’s playmaking. He doubled his scoring averages from last season and has greatly improved his three-point shooting from 30% to 39.2%. With Maxey playing more point guard, his true scoring ability hasn’t been put on full display, but once Harden takes the reign, I wouldn’t be surprised if Maxey averaged 20 plus.

This is an interesting underrated player but Gordon has been underrated since he joined Denver. Gordon’s defensive rating this season according to StatMuse is 112.3, which ranks among the best in the NBA. In fact, with Aaron Gordon in the lineup, the Nuggets have a top 5-7 defense, but without Gordon, they drop to a bottom 12 defensive team. Wing players are the key to having a championship roster and Gordon’s ability to lockdown them down makes Denver dangerous once healthy. Gordon is averaging 14.5 points on over 50% from the field. 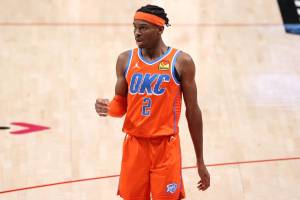 Shoutout X. SGA continues to be disrespected by the NBA community. SGA was 1 of 7 players to average 23-4-5 on 50-40-80 splits last season, led the NBA in clutch points per game last season(#4 this season), and has the most self-created shots in the league. He is more than a scorer, however, as he also led the league in most potential assists. SGA is one of the best scorers when driving to the hoop. He has elite body control around the rim and footwork to stop on a dime. The Thunder rookies this season are looking very good so I wouldn’t be surprised if the Thunder were competing for a playoff spot in the near future(2-3 seasons). Once the Thunder starts getting more competitive, NBA fans will truly appreciate SGA.