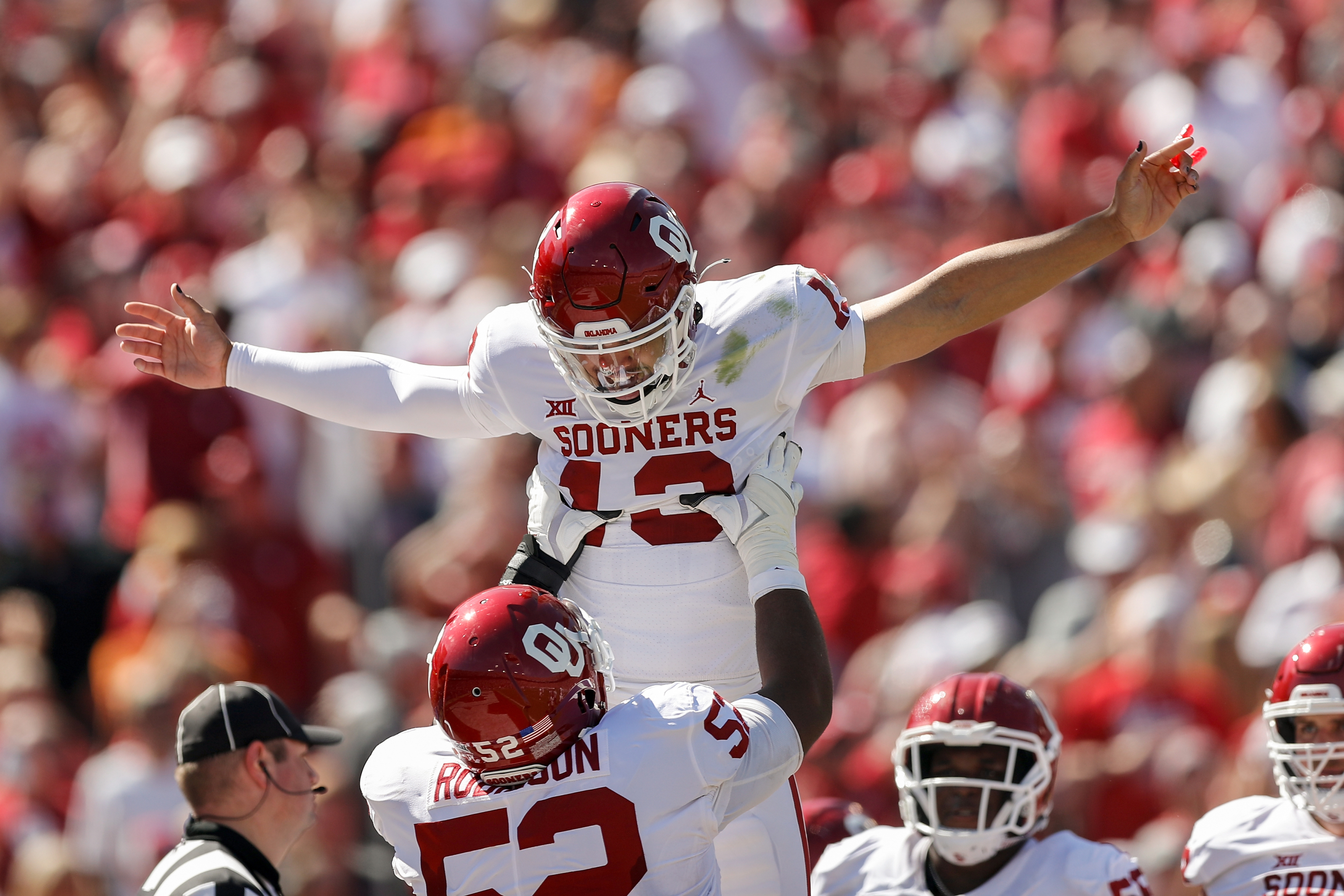 Week 10 saw Wake Forest’s and Michigan State’s hopes of an undefeated season come to an end. Those weren’t the only headlines as Alabama, Oregon, Ohio State and Cincinnati all struggled to pull out victories. The latest set of College Football Playoff rankings reflected all the chaos that took place during Week 10. Check out my Week 11 picks for the College Football Playoff here. This week marks the third-to-last week of the regular season. Let’s look at some of the matchups that will define the week.

The Bears’ (7-2) College Football Playoff hopes went out the window when they lost at TCU last week, but they still can impact the Playoff landscape when they take on the undefeated Sooners (9-0). For the Sooners, it has been a tale of two seasons. The Spencer Rattler Sooners struggled to put away opponents while the Caleb Williams Sooners have looked like a Playoff-caliber team. In three and a half games, Williams has 18 total touchdowns and only one interception. The Bears’ defense is one of the better in the Big 12, so Williams will need to be on his game.

The Bears may not be able to make the College Football Playoff but they can still win the Big 12. They come into the game with the 8th best rush offense in the country led by Abram Smith and Travis Ebner. They will be going up against a top 20 rush defense, so this will be a matchup to watch. If Oklahoma is able to slow Smith and Ebner, they will force Gerry Bohanon to pass the ball, something he has had struggled to do this season.

I like Baylor to control the line of scrimmage and run the ball effectively. The Bears will pull off the upset and eliminate the Big 12 from Playoff contention. 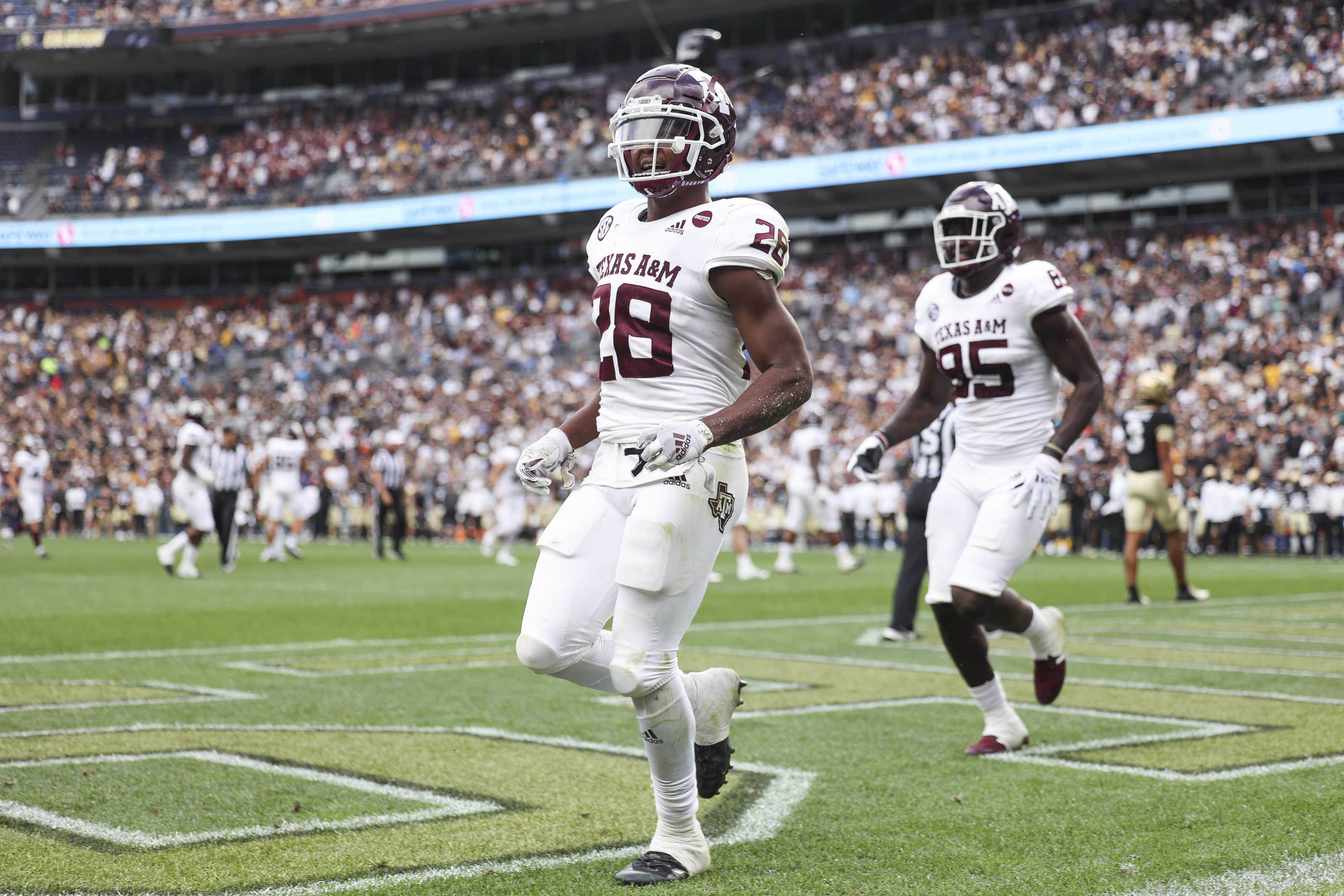 The Aggies (7-2) surprisingly still have a chance at the SEC West division title. If they win out and Alabama stumbles to either Arkansas or Auburn, Texas A&M will play in the title game. They shouldn’t look too far ahead though as they face a tough Rebels (7-2) team on the road. The Aggies’ offense is headlined by three top 100 NFL prospects. Running back Isaiah Spiller, tight end Jalen Wydermyer and wide receiver Ainias Smith are some of the best playmakers in the country. Despite having a plethora of playmakers, the Aggies’ offense has been stagnant at times due to quarterback Zach Calzada’s play. Calzada completes only 54% of his passes and has a 12 to seven touchdown to interception ratio.

Quarterback Matt Corral is the leading passer and rusher for the Rebels. He has 26 total touchdowns on the season. Unfortunately for Corral, he will be without many of his top targets. Jonathan Mingo is still out with an injury, Dontario Drummond left the game versus Auburn with a hamstring injury and his status is unknown, and Braylon Sanders is still not 100%. Corral will have his hands full with a very good Aggies defense. DeMarvin Leal is one of the best defensive players in the country and should cause headaches for Corral all game.

Expect Corral to struggle against a good defense without a lot of his top guys. Spiller, Wydermyer and Smith should have their way against poor Rebels defense.

Wake Forest (8-1) blew an 18-point lead to North Carolina last week, and now faces NC State (7-2) with first place in the ACC Atlantic division on the line. Quarterback Sam Hartman will look to build on his breakout season against the best defense in the ACC. Hartman has thrown for 27 touchdowns on the season and leads an offense that averages nearly 45 points per game. He will look to hook up with Jaquarii Roberson and A.T. Perry throughout the game. The pair of star receivers have caught 18 of Hartman’s 27 touchdowns. Their matchup against the Wolfpack secondary will be one to watch.

The Wolfpack are quietly having a very good season. They upset Clemson early in the season and now have a chance to get another win over a ranked opponent. Quarterback Devin Leary is also having his best season to date. His 25 touchdown passes are seventh-best in the nation. Leary loves to spread the ball around on offense. Nine players have 10 or more receptions. He will have no problem spreading the ball around against a Wake Forest defense that just gave up 58 points to North Carolina.

The Demon Deacons’ offense is better than the Wolfpacks’, but the gap between their defenses is much larger. NC State wins and moves into first. 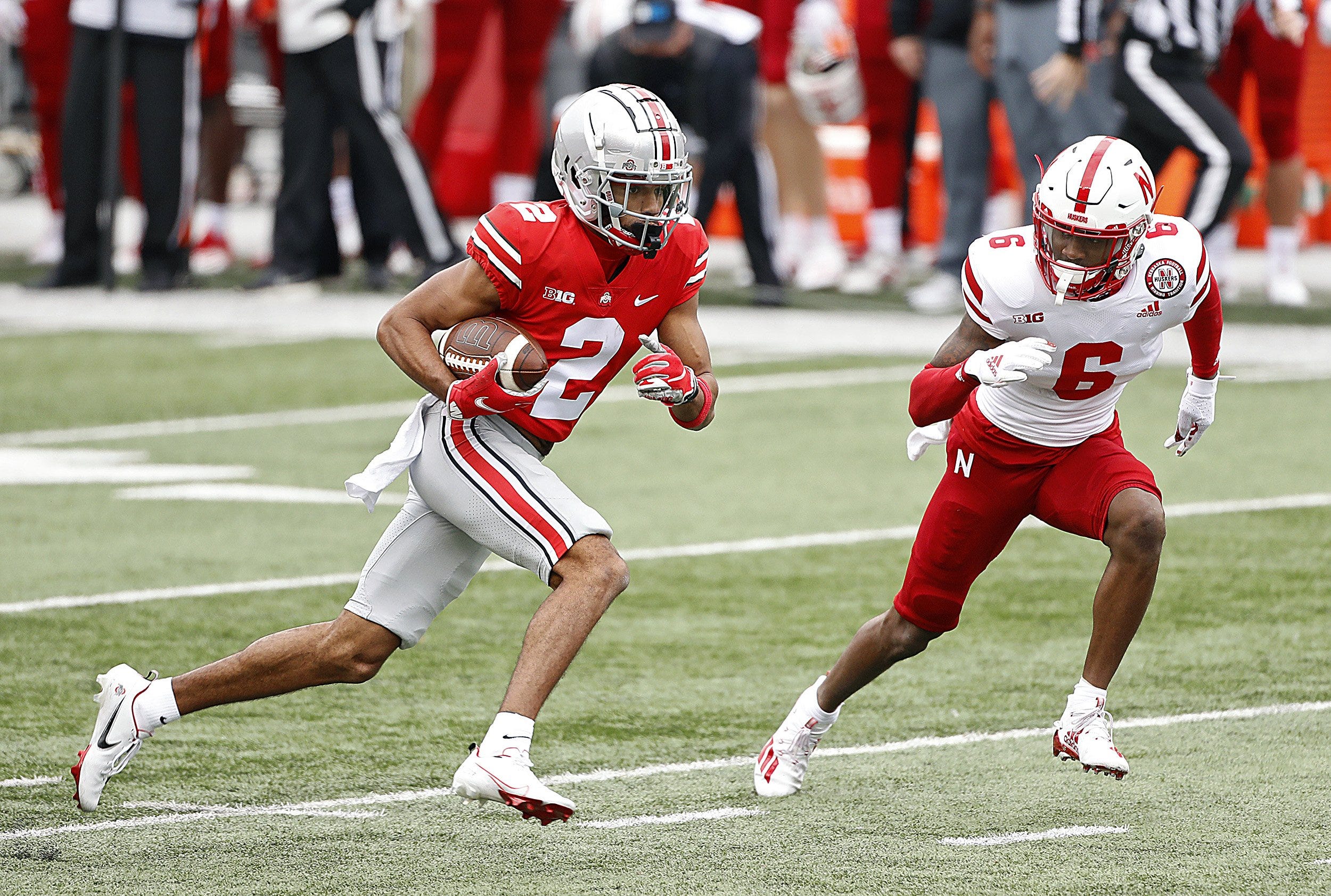 Game of the Week: #19 Purdue Boilermakers at #4 Ohio State Buckeyes

The Purdue “Giant Killers” Boilermakers (6-3) travel to Columbus to take on the Buckeyes (8-1). The Boilermakers have beaten two top-five opponents (Michigan State and Iowa) over the past month and will look to make it three when they take on the fourth-ranked Buckeyes. Purdue quarterback Aidan O’Connell has been on an absolute tear as of recent. Over the past two games, he has 769 yards and seven touchdowns. He will take on a very run-of-the-mill Buckeyes pass defense, so expect him to continue his hot streak. If the Boilermakers want to pull off another upset, star receiver David Bell is going to have to have another big game. He had over 200 yards receiving against both Iowa and Michigan State and will need to do the same to beat the Buckeyes.

After two-straight unimpressive wins, Ohio State begins a very difficult stretch to finish the regular season. Three straight games against ranked opponents will prove to be the ultimate test for the Buckeyes. The Buckeyes will get Garrett Wilson, their second-leading receiver, back after he missed the Nebraska game with an injury. Freshman phenom CJ Stroud will target Wilson, as well as Jaxon Smith-Njigba and Chris Olave early and often. Purdue’s defense has played well all year but they haven’t faced an offense like Ohio State’s. They will have their work cut out for them.

I expect lots of points in this one. Purdue will hold a lead in the fourth quarter, but Ohio State will sneak by with the win.