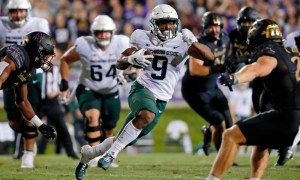 Comebacks by two backup quarterbacks headlined a dramatic Week 6. Texas A&M Aggies backup Zach Zalzada took down #1 Alabama while Caleb Williams replaced a struggling Spencer Rattler and led the Sooners to a 21-point comeback against the Longhorns. Week 7 isn’t packed with high-profile matchups, but it will be filled with upsets for sure. Let’s take a look.

The Spartans (6-0) are one of the best teams nobody is talking about. Kenneth Walker III is probably the best running back in the nation and is a legit Heisman candidate. He’s averaging over seven yards per carry and should have lots of success against a Hoosier defense that gave up over 200 rush yards against Penn State a few weeks ago. The Hoosiers (2-3) are off to a disappointing start despite returning 19 starters from last year’s 6-2 season. Indiana quarterback Michael Penix Jr. injured his shoulder two weeks ago vs. Penn State and his status for this game is up in the air. Jack Tuttle would start in his place. The Indiana offense has struggled all year and their uncertain quarterback situation shouldn’t help.

This is trap game central for Michigan State. They play Michigan next week. They need to focus on the game at hand and not look ahead or else Indiana will pull off the home upset.

The Cougars (5-1) look to bounce back from a disappointing home loss to Boise State when they travel to Waco to take on the Bears (5-1). With BYU joining the Big 12 a few years, this is a matchup of teams that will be seeing a lot of each other in the near future. When healthy, quarterback Jaren Hall has played well for the Cougars. His favorite targets Gunner Romney and Neil Pau’u will need to get separation against a strong Bears defense. Abram Smith and Trestan Ebner lead the Bear’s elite running game. Both are averaging over six yards per carry. Quarterback Gerry Bohanon played his best game of the season last week and will look to continue the upward trend again against a very average Cougar defense.

Baylor matches up well with the Cougs. I like them to lean on their run game and defense at home. 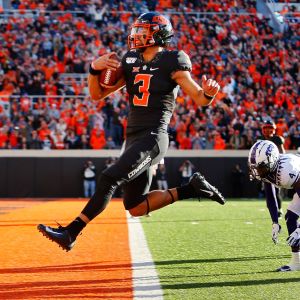 It will be interesting to see how the Longhorns (4-2) come out after blowing an 11-point fourth-quarter lead to Oklahoma last week. Texas is better than their record shows, but their inability to close out games and poor defense continues to cost them. Casey Thompson continues to ball for the Longhorns. He accounted for five touchdown passes last week, bringing his total to 14 on the season. Star running back Bijan Robinson has been running all over opposing defenses but faces a Cowboys defense that is allowing less than 100 rush yards per game. For the Cowboys (5-0), Spencer Sanders has struggled under center while their run game has flourished. Jaylen Warren should have big holes to run through and Sanders should be able to pick up some yards on the ground himself. Oklahoma State needs to lean on their run game to keep the ball away from an explosive Longhorn offense.

Oklahoma State’s defense is good, Texas’ is not. It’s as simple as that. 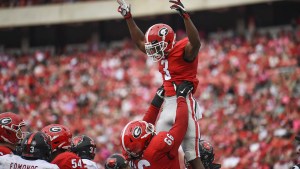 Game of the Week: #11 Kentucky Wildcats at #1 Georgia Bulldogs

I’ve been saying for weeks that the Bulldogs (6-0) are the best team in college football, and last week proved that. The top-ranked Bulldogs throttled Auburn while Alabama lost to Texas A&M. The Wildcats (6-0) are off to their best start since 1950 but will have their hands full against the Bulldogs who might be getting their starting quarterback back. JT Daniels has missed most of the season with injury but could return this week. Stetson Bennett has filled in admirably for Daniels, but Daniels is much more of a playmaker. Whoever plays quarterback will have their hands full against a top 20 Kentucky defense. Kentucky’s defense doesn’t compare to the Bulldog defense which has given up three touchdowns on the year. Quarterback Will Levis will need to be sharp as running back Chris Rodriguez Jr. will have minimal success running the ball against a big Georgia front 7.