Just a week after the #1 ranked team lost, #2 fell. The Purdue Boilermakers pulled off the upset over #2 Iowa Hawkeyes. With every passing week, the College Football Playoff picture becomes more clear. Week 8 isn’t packed with ranked matchups, but that means the possibility for upsets that will prove which teams are built for the Playoff and which are not.

The Trojans (3-3) season has been a train wreck. They came into the season with College Football Playoff aspirations, but three losses in Pac-12 play have ruined their hopes of making the Playoff and winning a Pac-12 title. Despite their record, the Trojans have skill across the board. According to CBSSports.com, Quarterback Kedon Slovis is the 25th ranked NFL prospect, and wide receiver Drake London is #60. Look for them to hook up early and often against an Irish defense that has been better as of late. Slovis needs to avoid throwing near Kyle Hamilton, who is the best safety in the country. He has three interceptions on the year. On offense, the Irish offense will be led by Jack Coan, but he won’t be the only quarterback to see play. Coan was benched for freshman Tyler Buchner but eventually led the game-winning drive in their win over Virginia Tech. Buchner could definitely see action versus the Trojans. Whoever is under center will look to get the ball into the hands of star running back Kyren Williams, as well as tight end Michael Mayer.

The Irish have the advantage on paper but if they aren’t able to contain London the Irish could be in for a long day. I think Kyle Hamilton picks off Slovis late to seal it for the Irish. 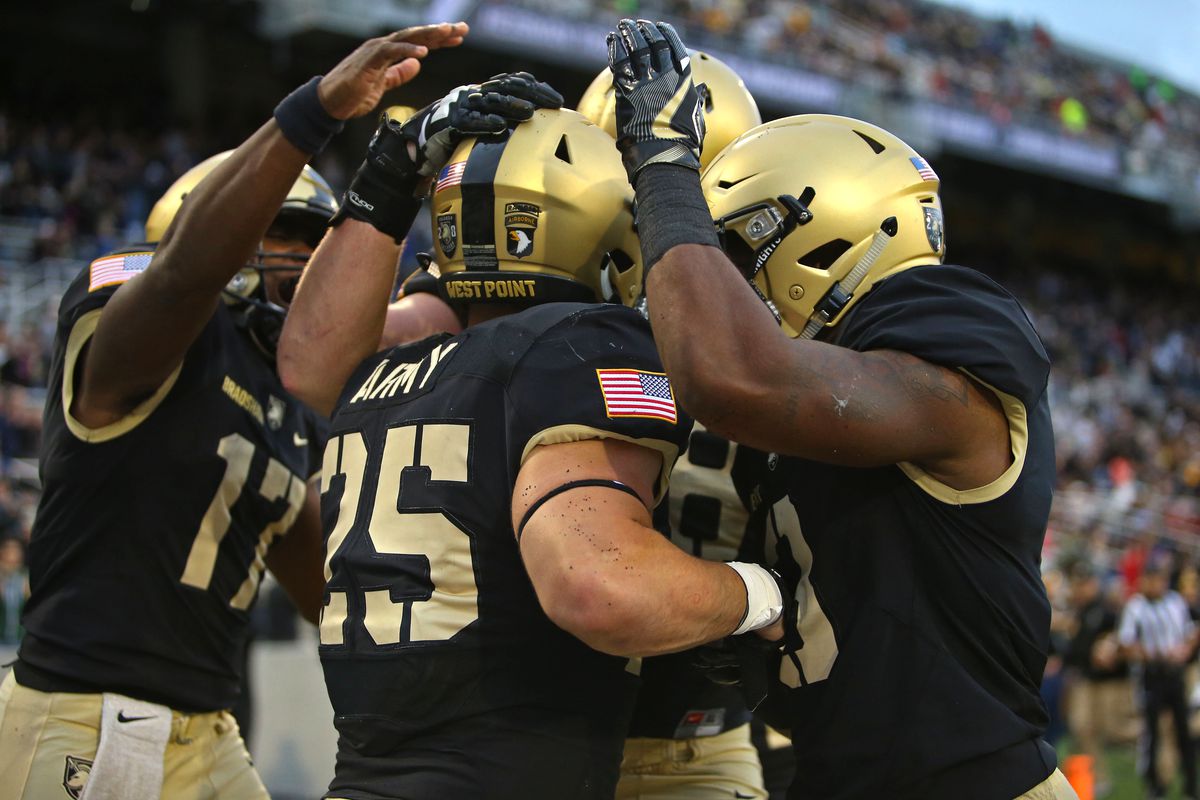 The Demon Deacons (6-0) are the last unbeaten team in the ACC and the conference’s lone College Football Playoff hope. They travel to play the Black Knights (4-2) who run the always dangerous triple option. Quarterback Christian Anderson and running backs Tyrell Robinson and Jakobi Buchanan lead the second-best rushing attack in the country. They average 295 rush yards per game. The Demon Deacons post a poor rush defense, so the Knights should have success all game. On offense, Wake Forest quarterback Sam Hartman is having a breakout season. He’s completing over 60% of his passes for 14 touchdowns to only three interceptions. Hartman needs to be efficient because Army is going to limit the number of possessions he gets with their run-first offense. Look for Demon Deacon receiver Jaquarii Roberson to make some big plays.

If Wake Forest is able to adapt to Army’s unique play style they will be able to come away with the victory. Army will give them a scare, but Wake’s dream season continues. 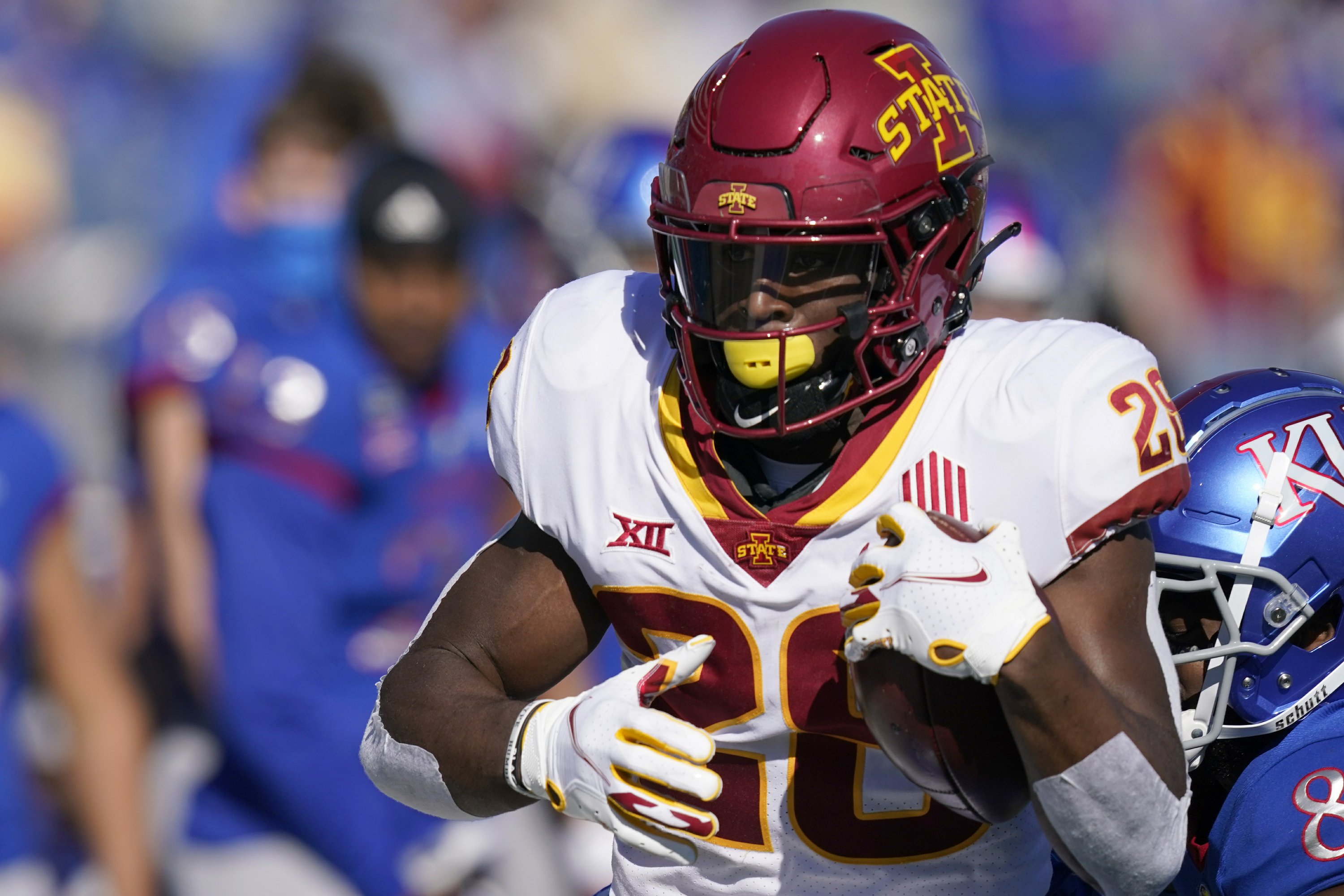 Oklahoma State (6-0) has been the surprise team of the Big 12 this season. They look to stay undefeated on the road against a Cyclones team (4-2) that has failed to meet their preseason high expectations. Spencer Sanders and the Cowboys mounted a big comeback against Texas last week, but Sanders continues to underperform. He has six touchdown passes and five interceptions on the year. Iowa State has a much better defense than Texas, so Sanders will need to play a lot better to avoid the upset. Iowa State is led by quarterback Brock Purdy and star running back Breece Hall. Hall is one of the best running backs in college football and has already scored 11 touchdowns on the year. He struggled early in the season but has really turned it on as of late. Over the past three games, he’s averaged 170 yards per game. Oklahoma State has a tough defense as well so running against them should be tough. 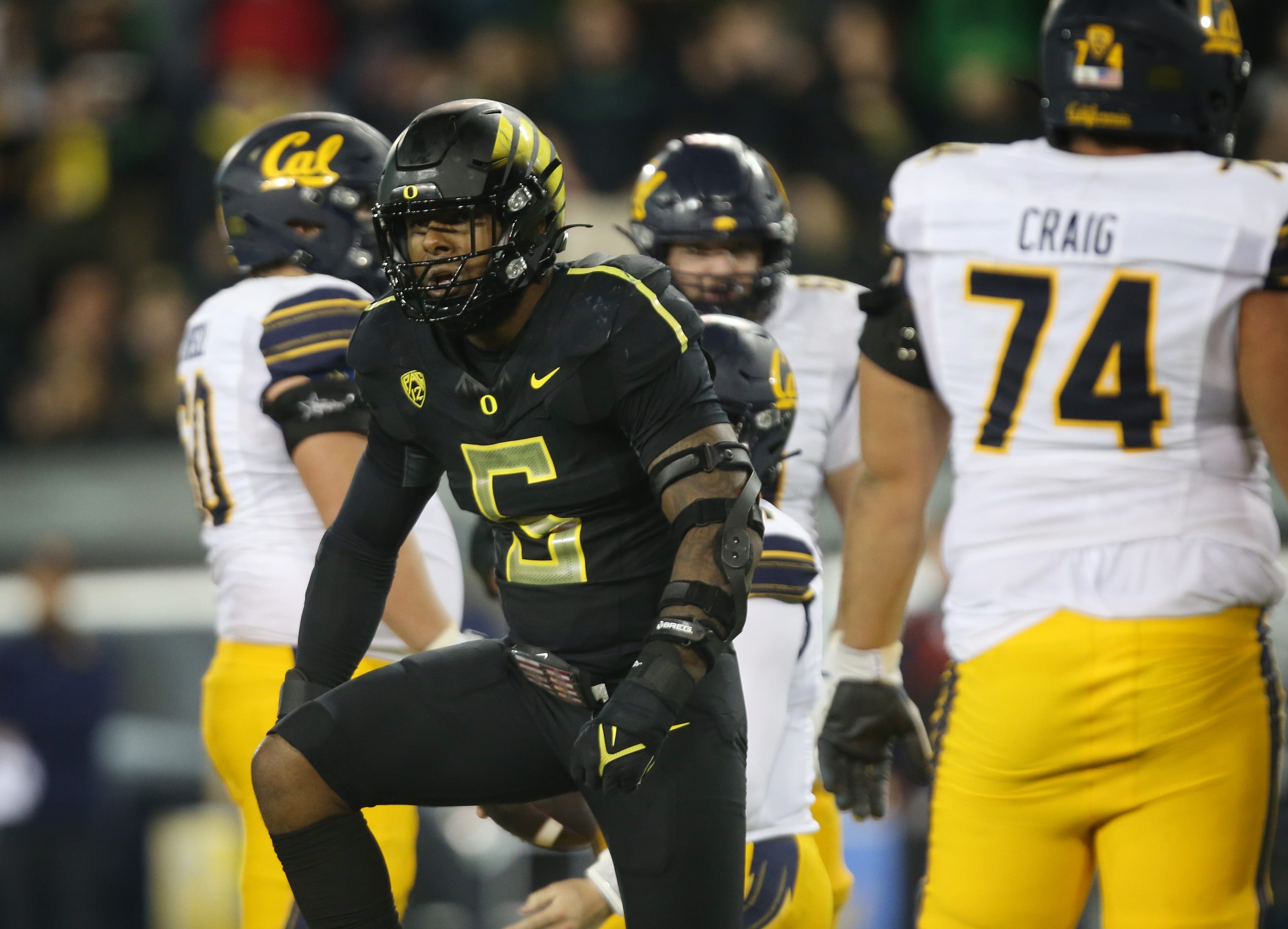 Game of the Week: #10 Oregon Ducks at UCLA Bruins

The Ducks (5-1) are the Pac 12’s only hope of getting a team into the College Football Playoff for the first time since 2016. They travel to Los Angeles to take on a dangerous Bruins team (4-2) that has had an up and down season. Oregon hasn’t looked like the team that beat Ohio State since entering Pac-12 play. They have struggled against inferior opponents, including a loss to Stanford. Travis Dye leads the Ducks’ run-first offense. He took over the lead role for CJ Verdell who suffered a season-ending leg injury against Stanford. Against UCLA, Oregon might have more success through the air as the Bruins boast one of the best run defenses in the country. Anthony Brown will need to improve his quarterback play if the Ducks are going to have success passing the ball. He’s only completing 58% of passes and has only seven touchdown passes on the year.

Quarterback Dorian Thompson-Robinson leads a balanced UCLA offense. Kyle Philips is DTR’s favorite target and has six touchdowns on the year. Zach Charbonnet will look to tear up an Oregon defense that has struggled at times this year. Despite the Ducks’ struggles, they possess the best defensive player in the country in Kayvon Thibodeaux, who has the ability to be a game wrecker.

The Ducks play up to the level of their opponent and I expect them to do so on Saturday. I like the Ducks to keep their College Football Playoff hopes alive on the road.