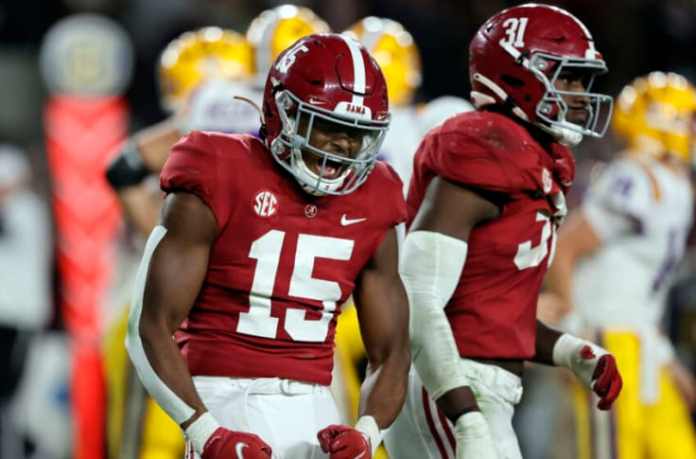 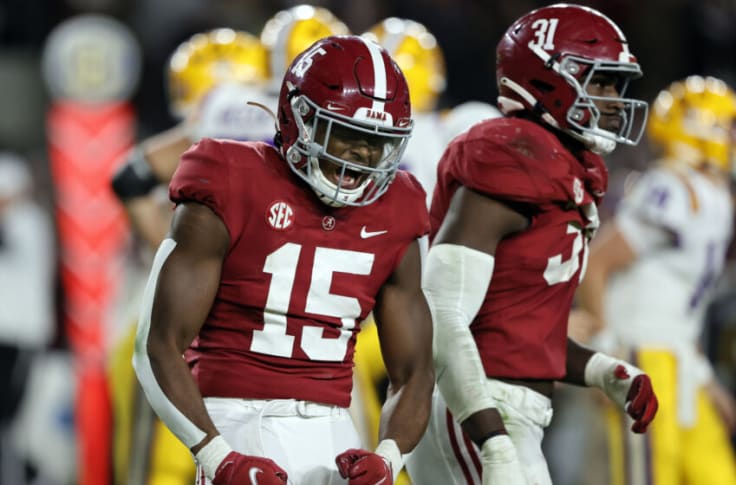 Week 13 marks the final week of the regular season and rivalry week. Rivalry week brings high tensions and for a lot of these teams, there is more than bragging rights on the line. These games will help determine conference champions and who will make the College Football Playoff. Check out my current picks for the College Football Playoff here. Let’s look at four of the best games taking place this weekend.

The Tide travel to Auburn in the latest edition of the Iron Bowl. Alabama (10-1) has had the better team in many of the past years of this rivalry but that hasn’t seemed to matter as Auburn (6-5) has won two of the past four matchups. Will Auburn be able to pull off another upset or will Bama keep its Playoff hopes alive?

Auburn turned to its backup quarterback TJ Finley last week after starter Bo Nix broke his ankle against Mississippi State. In a loss to South Carolina, Finley struggled to move the ball, passing for only 188 yards and a touchdown. The Tigers will rely heavily on running back Tank Bigsby to carry the offense. He had a season-high 164 rushing yards against South Carolina and will look to do the same against a tough Bama front seven that only gives up about 86 yards per game on the ground. That same front seven has 37 sacks on the year.

Alabama quarterback Bryce Young has been on fire recently. He threw for 559 yards and five touchdowns in his last outing. Jameson Williams and John Metchie III are two of the best receivers in the nation and will look to make big plays against the Tigers. Something to watch will be the effectiveness of Alabama’s run game. They have struggled to run all season, and if Auburn is able to shut down Brian Robinson Jr. they will have a shot at the upset.

A fully healthy Auburn might stand a chance against Bama, but without Bo Nix, they don’t stand a chance. Bama moves on to face Georgia in the SEC Championship with a spot in the College Football Playoff on the line. 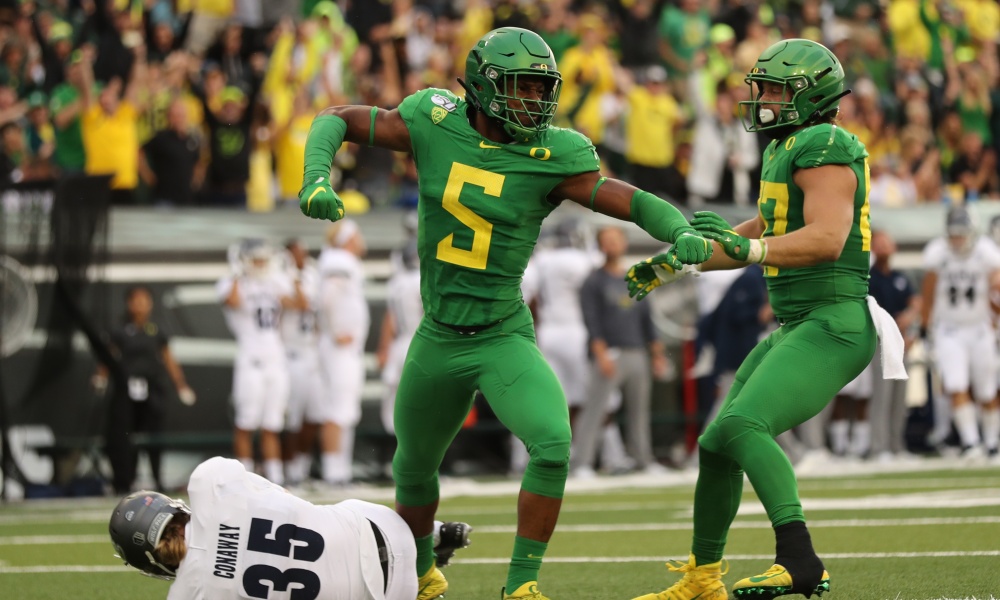 The Ducks’ (9-2) College Football Playoff hopes were smashed last weekend when Utah handled them 38-7. Despite being out of Playoff contention, they need a win on Saturday over the Beavers (7-4) if they want a rematch with the Utes in the Pac-12 Championship. The Beavers have been very streaky this year. They have a win over Utah, but also losses to Cal and Colorado, two of the worst teams in the Pac-12. Oregon State has a very powerful run game led by B.J. Baylor who is fresh off a 150-yard performance against Arizona State. He will look to attack a Ducks defense that has been good all season but just gave up over 200 yards to the Utes. The duo of Kayvon Thibodeaux and Noah Sewell will look to slow down Baylor and get after Beavers quarterback Chance Nolan.

The Ducks, too, have a great run game. Running back Travis Dye has had his way with opposing defenses this season. Quarterback Anthony Brown is also a dangerous runner. The Ducks have really struggled to have a consistent passing game this year, so look for them to establish the run early and often. The Beavers have 13 interceptions on the year so Brown will need to be smart with the ball all game. When Brown does put the ball in the air look for Devon Williams to make some big plays.

I expect the Ducks to bounce back after a demoralizing loss. 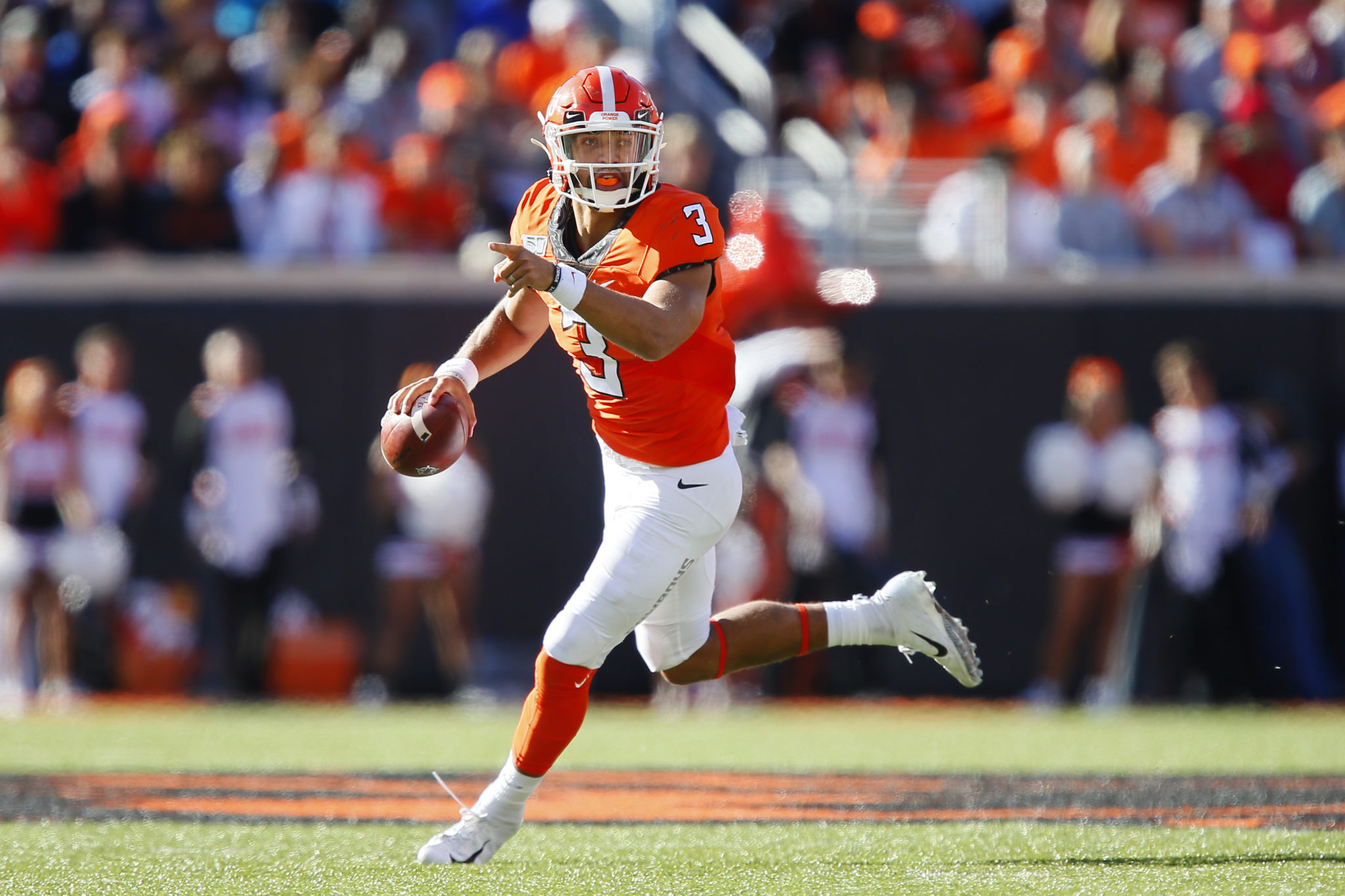 The Sooners (10-1) take on the Cowboys (10-1) for the first of potentially back-to-back games between the rivals. The Cowboys have already secured their place in the title game, but if they fail to beat the Sooners, they will see them again next week in Arlington, Texas. This is one of the biggest games in the rivalries history, only the third time both teams have played while being ranked in the top 10.

Oklahoma bounced back with a 28-21 win over Iowa State, but the win didn’t inspire much confidence. They had only 96 passing yards and now face arguably the second-best defense in the nation. Quarterback Caleb Williams leads a Sooner offense that has been very hot and cold. After taking over the starting role halfway through the season, Williams has accumulated 21 total touchdowns. But, over the past two games, he has had three touchdowns and three turnovers. Williams will need to be on top of his game against a Cowboys defense that leads the FBS with 43 total sacks.

The Cowboys’ offense is one that is unflashy but very productive. They love to run the ball with the duo of running back Jaylen Warren and quarterback Spencer Sanders. If Sanders does throw look for him to find Tay Martin or Brennan Presley. Whichever way the Cowboys move the ball they shouldn’t have too much trouble against a lackluster Sooners defense.

Oklahoma has dominated this series, but history won’t help them against the Cowboys. The Cowboys’ defense will be too much for Williams to overcome. 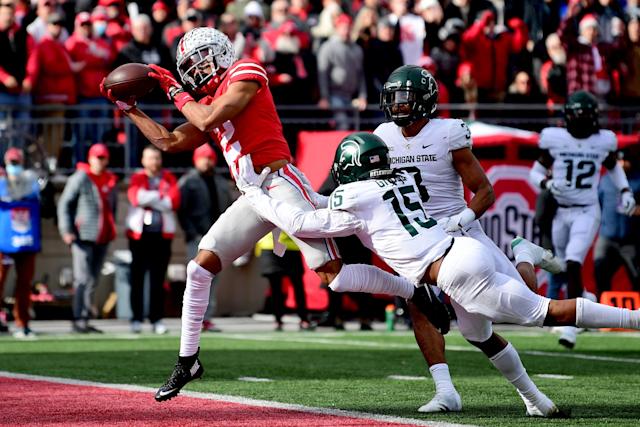 Game of the Week: #2 Ohio State Buckeyes at #5 Michigan Wolverines

The Wolverines (10-1) may lead the all-time series with the Buckeyes (10-1), but that has not been the case recently. Since 2000, Michigan has only beaten Ohio State three times. Unfortunately for Michigan, they are going up against possibly the hottest team in all of college football. The Buckeyes are coming off a 56-7 demolishing of Michigan State in which CJ Stroud threw for six touchdowns in the first half. Stroud will look to keep things rolling against one of the better defenses he has faced this year. Michigan defensive end Aidan Hutchinson is one of the top NFL prospects in next year’s draft and will look to get after Stroud all game. He has nine sacks on the year. Even with Michigan’s skill on defense, Stroud should have no issue getting the ball to his playmakers. Expect big games from Chris Olave, Garrett Wilson, and Jaxon Smith-Njigba.

Michigan comes into the game with a top 15 rush offense that averages 218 yards per game. Hassan Haskins and Blake Corum lead their rushing attack. Michigan might have more success through the air though. Ohio State held Kenneth Walker III to 25 rushing yards last week and will look to shut down Michigan too. Quarterback Cade McNamara only throws the ball about 25 times per game but will need to put the ball in the air more if he wants to keep pace with the Buckeyes’ high-powered offense. Look for him to connect with wide receiver Cornelius Johnson and tight end Erick All throughout the game.

Michigan is a very talented football team, but I don’t see them being able to keep up with Ohio State. The Buckeyes make it nine straight against the Wolverines.

What A New Deal Could Look Like For Jordan Poyer