Aaron Rodgers put together another MVP-caliber season while leading the Packers to the top overall seed for the second straight year. He had 37 touchdown passes to only four interceptions. Rodgers is one of the most clutch players in the league and his connection with receiver Davante Adams is deadly. Adams had over 1,500 yards and 11 touchdowns on the season. While Adams is the focal point of the Packers’ offense, stopping him will also be the top priority for all defenses. He has more than double the yards and more than triple the receptions than the second player in those categories. The extra week of rest will also allow the Packers to get guys such as Za’Darius Smith Jaire Alexander. 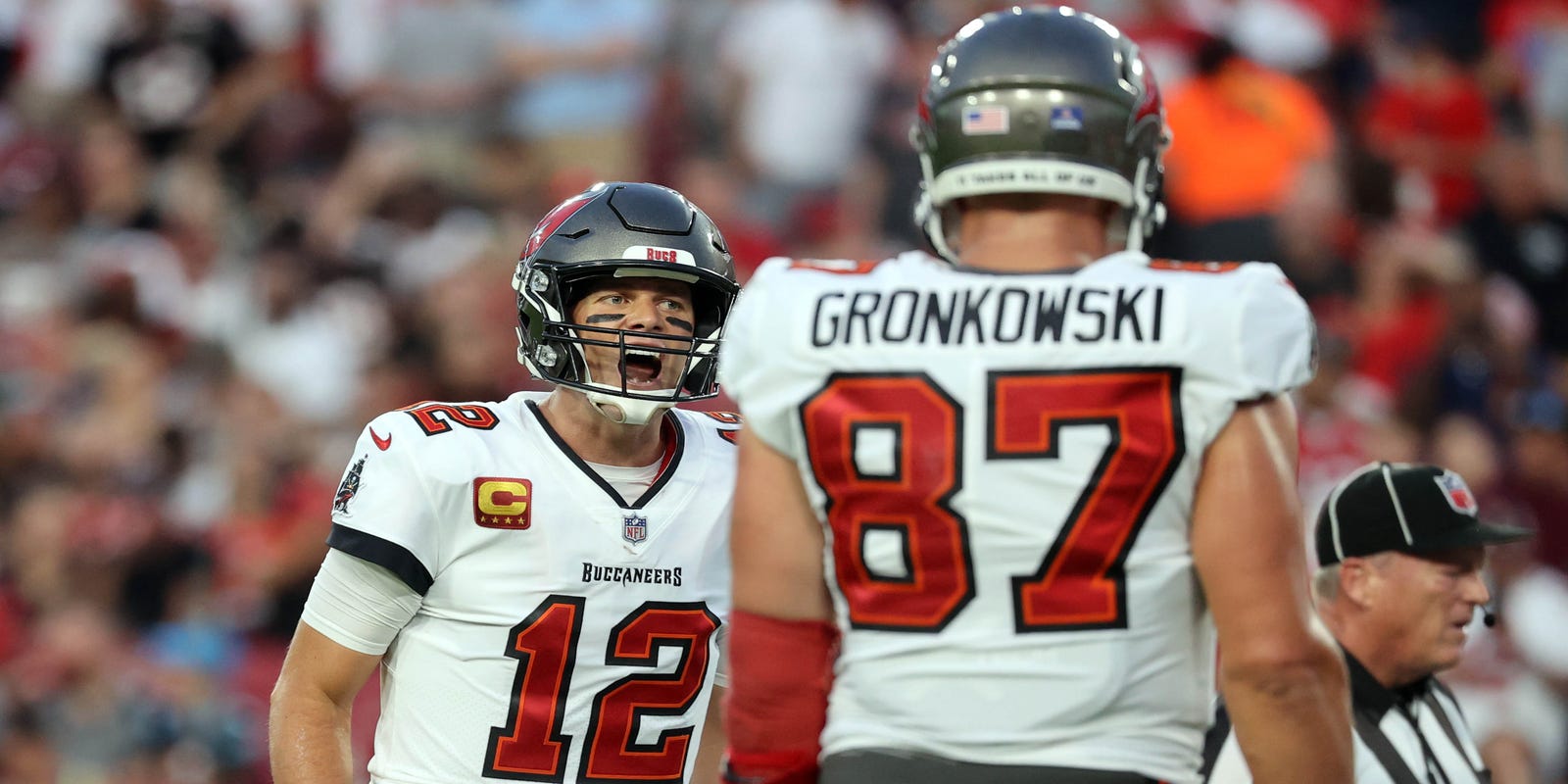 Tom Brady will look to defeat the Eagles for the second time this season. The Buccaneers beat the Eagles 28-22 in Week 6, but Tampa Bay is a much different team than they were three months ago.

The Bucs have been decimated by injuries during the final quarter of the season. They lost wide receiver Chris Godwin due to an ACL injury, but running back Leonard Fournette is expected back after missing three games with a hamstring injury. They will also be without Antonio Brown, who infamously ran off the field shirtless midway through their victory over the Jets and is no longer with the team.

Even though they are missing many key players, Tampa Bay holds the ultimate trump card in Tom Brady. Brady is making his 46th career postseason start, while Jalen Hurts is making his first. Brady should all the time in the world in the pocket on Sunday. Tampa only allowed 23 sacks this season, the best in the NFL, while Philly only got to the quarterback 29 times season, the worst in the NFL. The same can’t be said for Jalen Hurts. Shaq Barrett (10 sacks) and Ndamukong Suh (6 sacks) will look to attack an Eagles’ offensive line that has been decimated by injuries.

Jalen Hurts has been the centerpiece of the Eagles’ offense this season. He was the leading rusher and passer for the team this season. He leads a rushing attack that is the best in the NFL. The Eagles averaged 159.7 rush yards per game. Look for a steady dose of Miles Sanders and Boston Scott in addition to Hurts. The Eagles need to run the ball effectively in order to shorten the game and keep the ball out of Tom Brady’s hands. Rookie wide receiver Devonta Smith will need to have a big game for Philly. He set the Eagles rookie receiving record with 916 yards.

On paper, this looks like it should be a blowout but Tampa Bay struggled against a 7-9 Washington Football team last postseason. Don’t be surprised if they struggle against an upstart Eagles team. 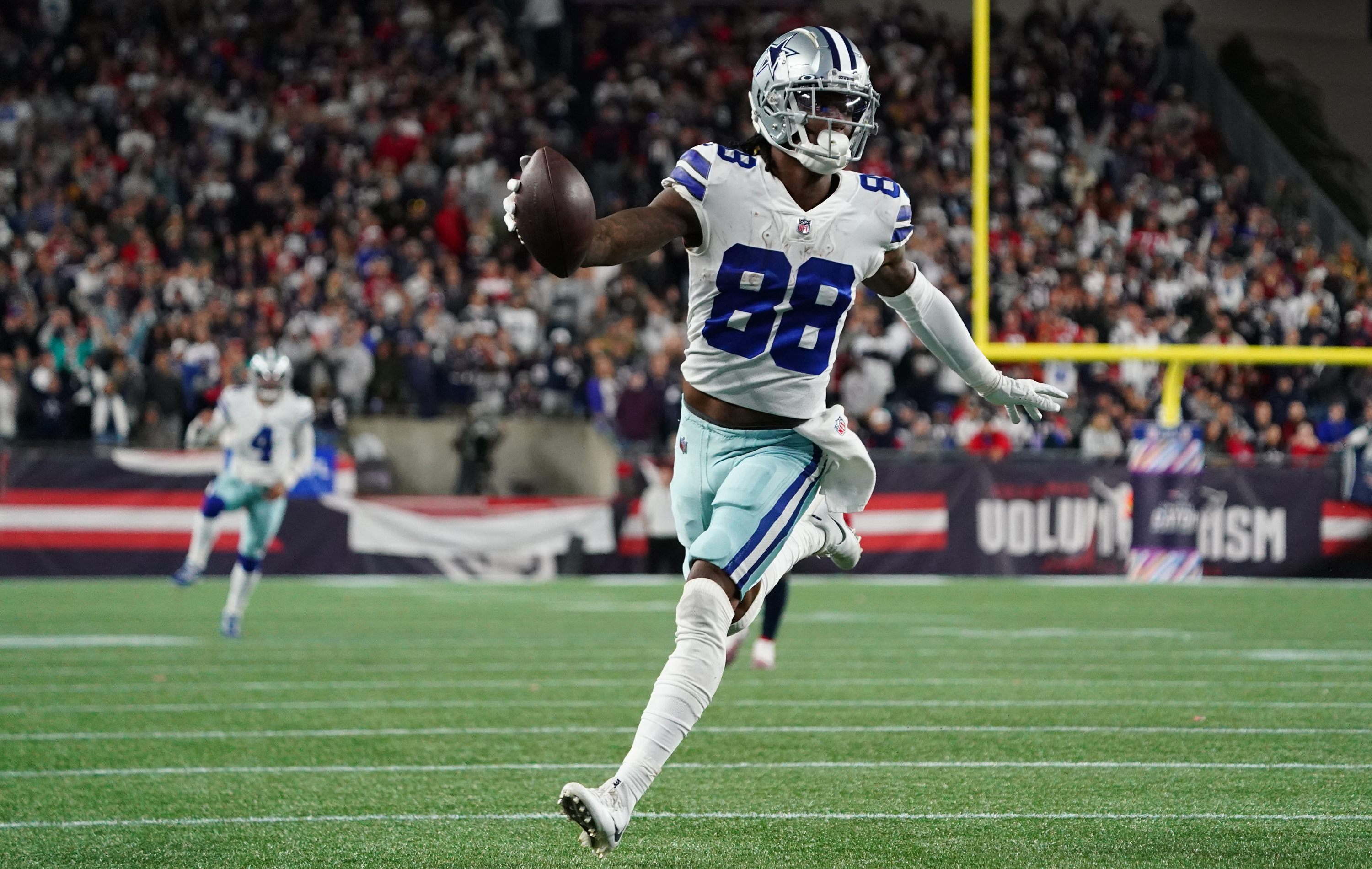 In one of the more intriguing matchups of the weekend, the 49ers travel to Dallas to take on the Cowboys. Both teams have a plethora of young stars that turn this game into a track meet.

For the Niners, Deebo Samuel, Brandon Ayiuk, and George Kittle are three of the most exciting players in the NFL. Samuel is used all over the field and set the record for most rushing touchdowns in a season by a wide receiver with eight. All three players are threats to score from anywhere on the field and will be a headache for any team to deal with. On the other side of the field, Ceedee Lamb, Amari Cooper, Ezekiel Elliott, and Dak Prescott highlight the best offense in terms of yards per game and points in the league. They average 407 yards and 31.2 points per game.

One area where the Cowboys have a significant advantage over the 49ers is their secondary. The Cowboys’ secondary is full of ball-hawking guys like Trevon Diggs and Anthony Brown. Diggs led the NFL with 11 interceptions this season and the Cowboys led the league with 26 picks on the year. The same cannot be said for the 49ers secondary. Emmanuel Moseley, Josh Norman, and Jimmie Ward all had their fair share of struggles this season. Their secondary was consistently burned during the latter half of the season and their defense only managed nine interceptions this season, the fifth-worst in the NFL.

While the Cowboys should find success through the air, the Niners will look to take advantage of a questionable Dallas run defense. Dallas allowed 112.8 rush yards per game and San Francisco put up 127.4. Expect a large dose of Elijah Mitchell and Deebo Samuel. The Niners need to stay ahead of the chains in order to minimize the number of times Jimmy Garoppolo has to put the ball in the air against an opportunistic defense.

I’ll take Dallas at home in what turns out to be the best game of the weekend. 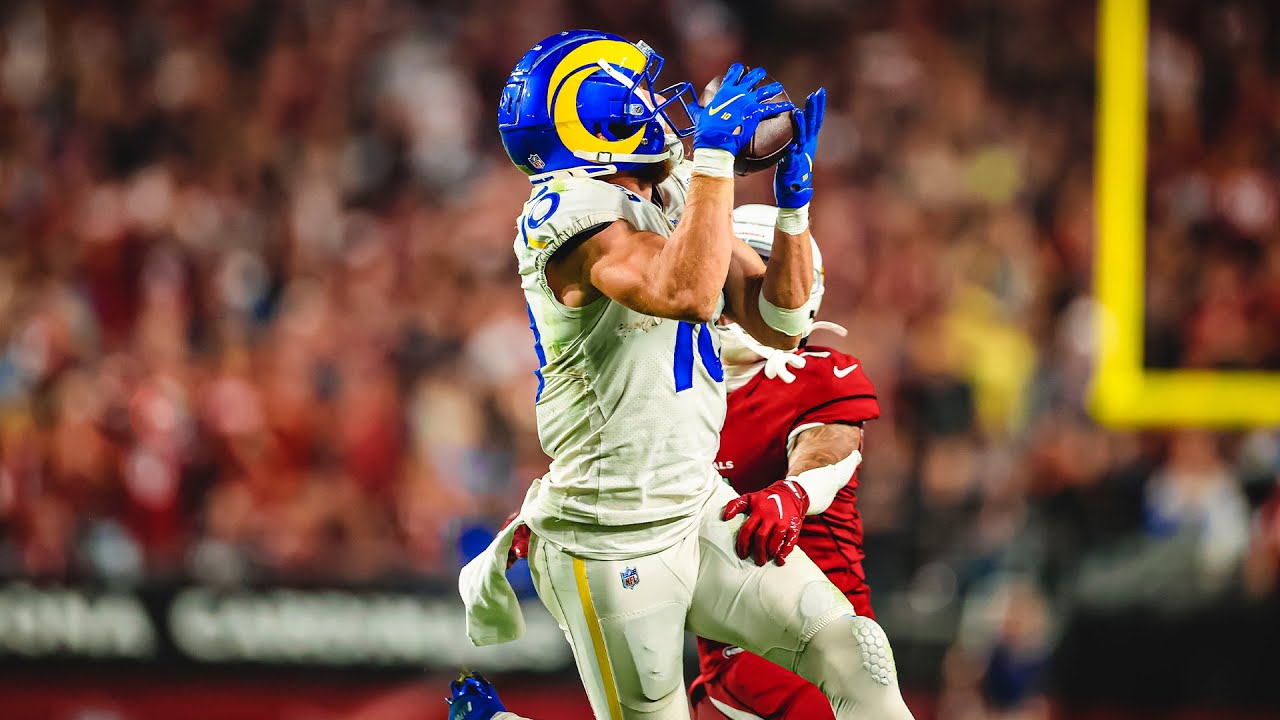 These NFC West heavyweights face off for the third time this season. The teams split the first two matchups, and the winner of round 3 will see themselves into the Divisional Round. After playing some uninspiring football to end the regular season the Cardinals will look to get back on track against a Rams team that is looking to prove that the Matt Stafford trade was worth it.

The Cardinals lost four of five to end the regular season including an 18-point loss to the Lions. Three of those losses came without star receiver Deandre Hopkins. Without Hopkins in the lineup, the Cardinals’ offense becomes much more stagnant. Arizona averaged 30.2 points per game with Hopkins in the lineup, compared to 21 points in the six games without him. Despite the Hopkins injury, the Cardinals are still very dangerous. Both James Conner and AJ Green are having bounce-back seasons, and the addition of Zach Ertz has provided a spark on offense. Kyler Murray’s quickness and ability to extend plays will be key when trying to evade Aaron Donald, Von Miller and a Rams’ defense with the third most sacks this season.

The Cardinals are in a tailspin, Stafford and Co. should have no problem ending their season.