The Denver Broncos are proceeding quickly with their head coach search. They requested and received permission from the New Orleans Saints to interview HC Sean Payton. After stepping down as head coach last season, Payton will look to make a return to the NFL in 2023.

Payton is still under contract through the 2024 season, meaning any team who wants to hire him will have to trade for him. It has been reported that the Saints will be asking for a first-round pick and additional assets.

Along with Payton, the Broncos are set to interview Jim Harbaugh, Demeco Ryans, Ejiro Evero, Dan Quinn, and Raheem Morris.

Ian Rapoport of the NFL Network reported that the Broncos and Saints have begun negotiations on a potential deal for Sean Payton. Denver is aware of the asking price for Payton and remains in pursuit.

Is Sean Payton to Denver realistic? When a press conference was held after the firing of Nathaniel Hackett, Greg Penner made it clear that they will do everything and anything it takes to win.

The Broncos have missed the playoffs for seven consecutive seasons, and it’s time to go all in this off-season. I believe that Sean Payton is the all-in move Denver needs to make. He has the experience, can create an outstanding staff, and knows what it takes to win.

The reason why Denver has had so many coaches since Super Bowl 50 comes down to experience. Vance Joseph, Vic Fangio, and Nathaniel Hackett. All three of these coaches have not had past experience as head coaches.

If the interview goes as expected and Denver’s new owners are impressed, I do believe that they will land Sean Payton. While their first-round pick from the 49ers is important, landing a franchise head coach is the top priority. 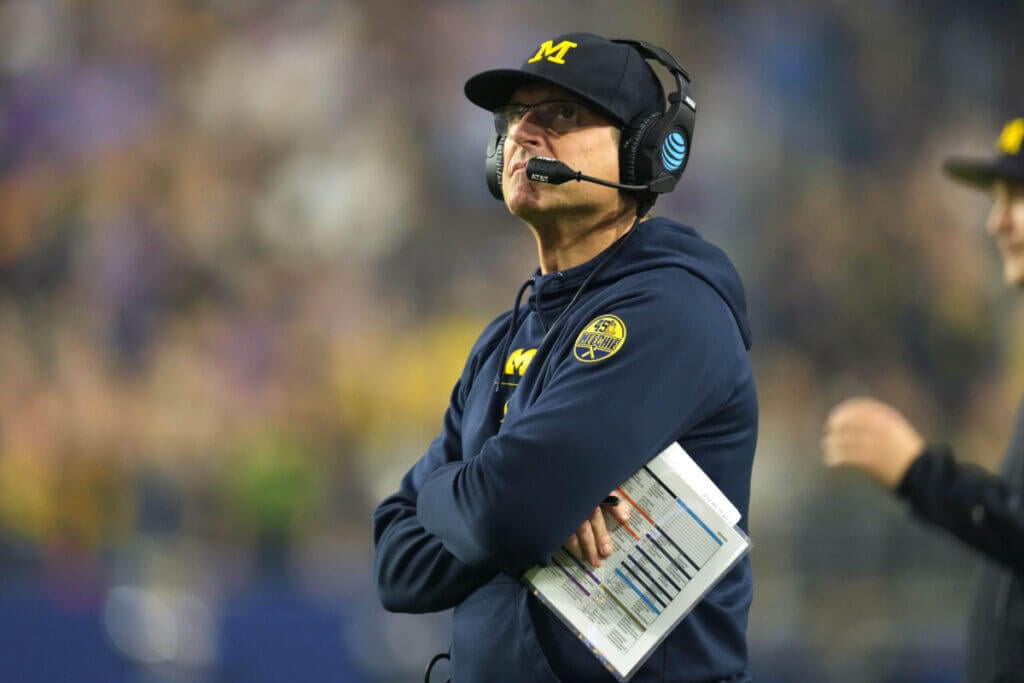 The Broncos conducted their first interview for the vacant head coaching position, with Michigan’s Jim Harbaugh.

Harbaugh’s resume is definitely atop Denver’s list, as he checks off all the boxes. He has experience in the NFL as he was the 49er’s head coach, leading them to multiple NFC Championships and a Super Bowl appearance.

After his time with the 49ers, Harbaugh became the head coach of Michigan. The Wolverines have been a top 5 school every season under Harbaugh.

The most important question is, will Harbaugh return to the NFL? Currently, it looks like he will return if presented with the opportunity. He interviewed with the Vikings last season and is once again a top candidate this off-season.

The interview between Harbaugh and Denver lasted over two hours and went very well, according to reports. The next interview is with defensive coordinator Ejiro Evero.

Stay tuned for the latest in the Broncos’ search for their next coach.