Welcome back to the Bundesliga Recap. Fellow TSW journalist Preston Helfand covered the first 5 games of the weekend, so I will be covering the last four games from late Saturday and Sunday. Bundesliga is one of the few big sports back, and wow, is it great to have sports back. Without further ado, let’s jump right into it. 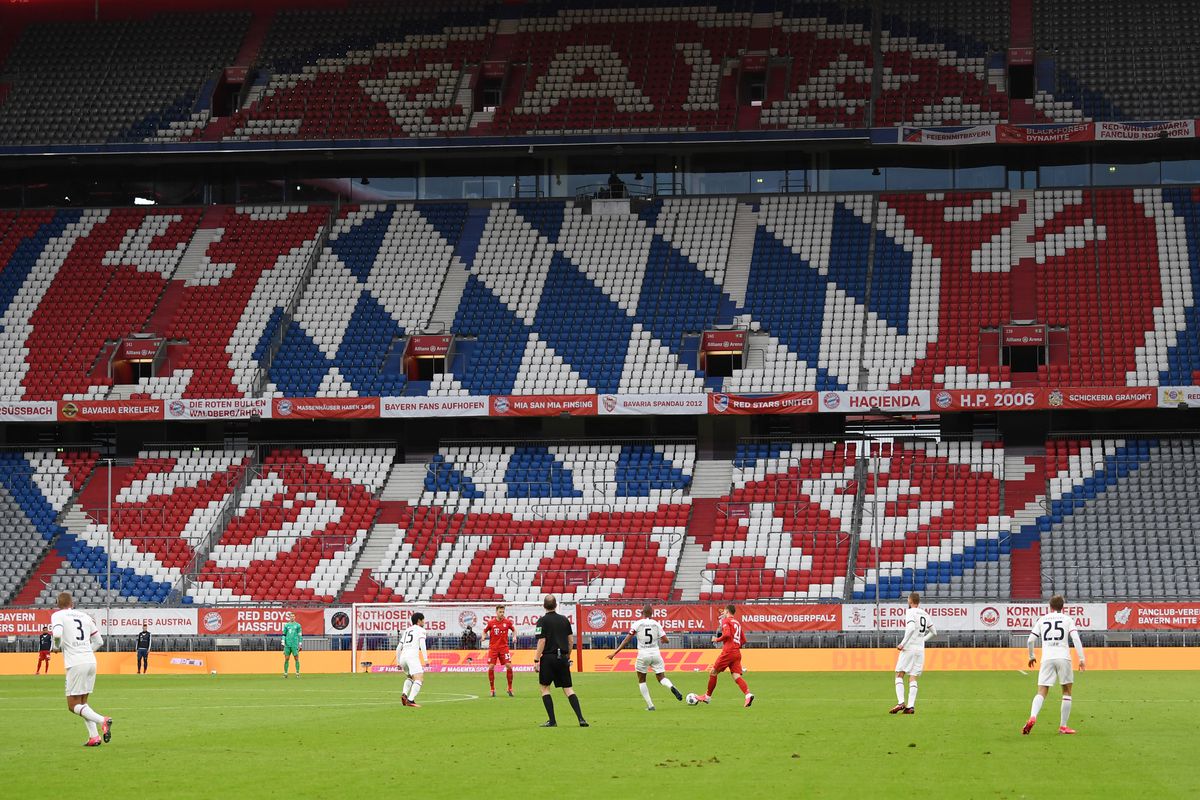 After Borussia Dortmund beat Wolfsburg 2-0, cutting the lead at the top of the table to one, Bayern needed a big win to maintain their lead before their big showdown with Dortmund on Tuesday.  Bayern dominated the first 20 minutes, having 63% possession and 5 shots before breaking through in the 16th minute with a goal from Leon Goretzka off a cross from Thomas Muller. Bayern doubled their lead when Alphonso Davies won a loss ball and put a cross into Thomas Muller, who scored. Once the second half started, Muller (AGAIN) played a ball down the sideline to Kingsley Coman, who put a first-time cross into Robert Lewandowski for a thumping header goal.

After being up 3-0, the game looked over for Frankfurt, especially after how dominant Bayern was, but Hinteregger had other plans. They scored two goals off of corner kicks in 3 minutes to cut Bayern’s lead to one goal. We had a game on our hands now. Bayern seemed to regain their footing when Davies pounced on a defensive error and scored, but the game was put to the bed off of a Hinteregger own goal. Bayern has a four-point lead on Dortmund, making Tuesday’s matchup all the more interesting. 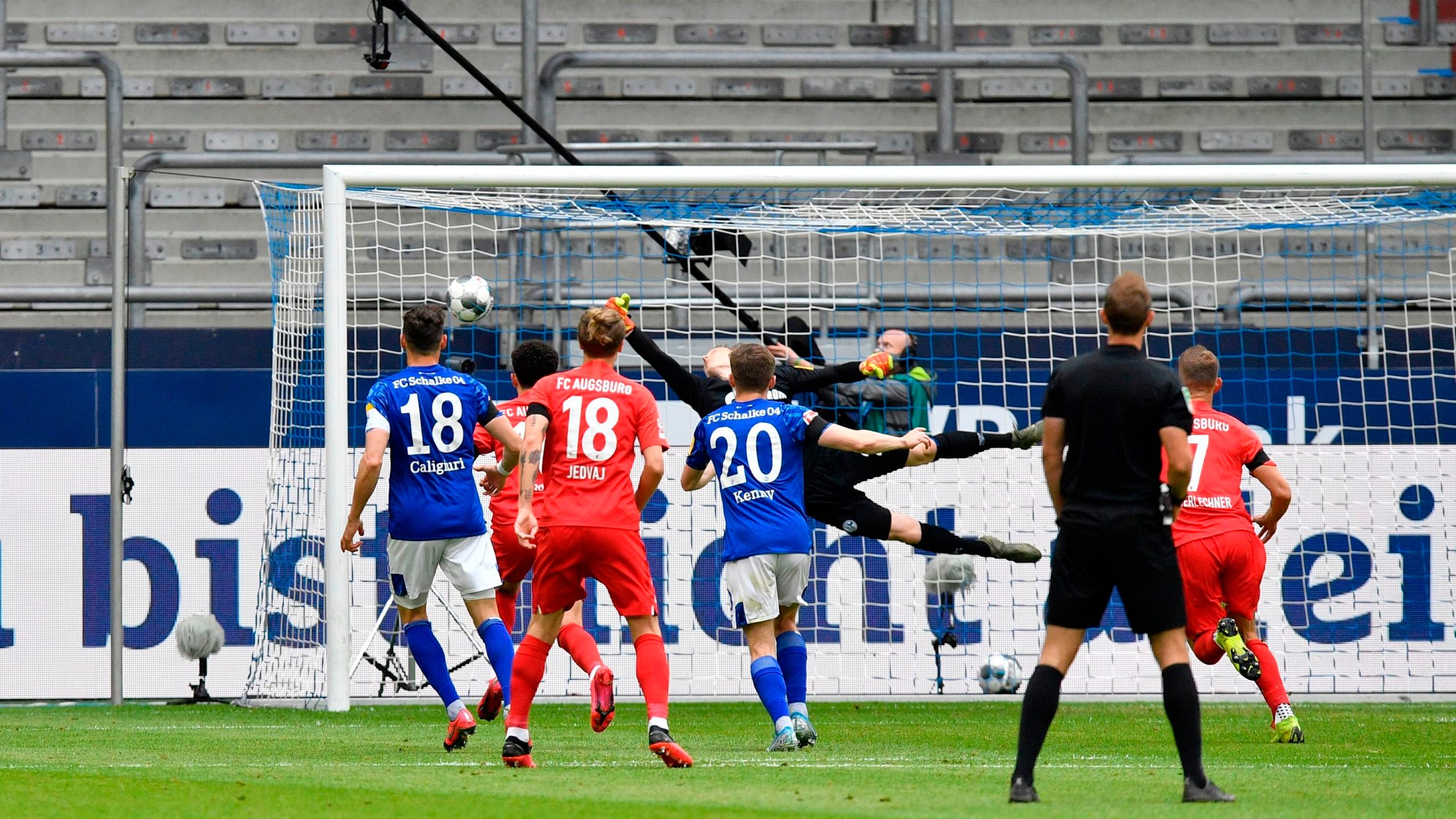 Augsburg struck first in this game after Eduard Lowen scored a wonderful free-kick goal that ended up in the top left corner. Schalke almost equalized in the 27th minute when Rabbi Matondo made a darting run down the left sideline but missed the one on one against Andreas Luthe. Phillip Max almost doubled Augsburg’s lead off a free-kick, which was heading for the bottom left corner before a Markus Schubert save kept it out. Augsburg finally doubled their lead off a Noah Joel Sarenren-Bazee goal, in which he skipped by a slide tackle and then skipped it by the defender and keeper in the bottom right corner.

Augsburg put the game to bed when Sergio Cordova stole the ball off an unsuspecting Sane, dribbled their keeper, and then slotted the ball home. Augsburg maintains their distance from the relegation zone while Schalke’s winless streak extends to 9 games. Although they absolutely dominated possession (71-29), they could not convert their chances on goal as they only had two shots on target to Augsburg’s seven. 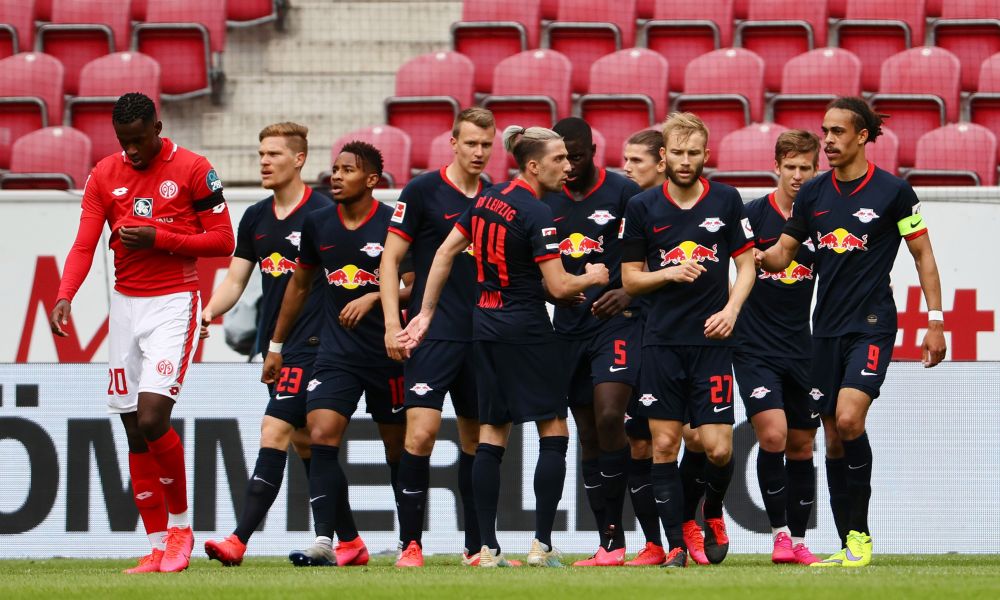 Leipzig maintained their Champions League positioning with a huge win away from home, well, not really since there are no fans at Mainz. Timo Werner returned to form with a hat-trick, with Yussuf Poulsen and Marcel Sabitzer adding to the scoresheet as well. Leipzig dominated this game on all facets: possession (65-35), shots (20-4), and shots on target (10-1). Mainz is barely surviving above the relegation zone and is only three points away from being relegated. This was a big bounce-back win for RB Leipzig as they look for another season with Champions League competition. 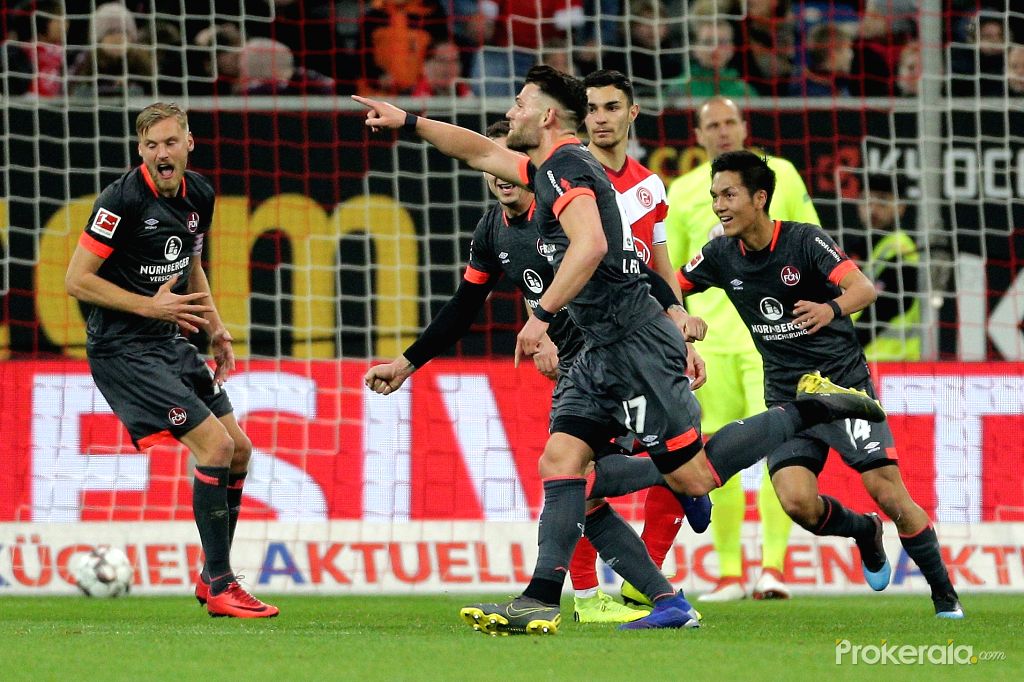 Dusseldorf is currently in the relegation zone but was four points away from getting out. A win would’ve gotten them to just two points back from Mainz. After a back and forth start, Dusseldorf broke through a Steven Skrzbski pass to Kenan Karaman, whose shot took a deflection off the defender and ended up in the bottom right corner. Koln had a chance to equalize off a penalty, but Florian Kastenmeier beat Mark Uth to the bottom right corner and saved the penalty. Dusseldorf doubled their lead off the beautiful interplay from the forwards and attacking midfielders, working the ball from right to left on the counter-attack, which was finished by Erik Thommy in the bottom right corner.

Dusseldorf was well on their way to gaining momentum and almost being out of the relegation zone, but Koln had something to say. It started with a poor clearance finding its way to Dominick Drexler, who put in a cross to first-time Anthony Modeste at the back post, who scored a thumping header in the 88th minute. They equalized the game in the 91st minute off another cross from Dominick Drexler, but this time, Jhon Cordoba finished the cross off with a header. Dusseldorf lost a great opportunity to close the gap on Mainz, while Koln stays steady in the middle of the table.

Overall, this weekend in Bundesliga was another entertaining one and the fun isn’t stopping soon, as Matchday 28 starts Tuesday the 26th.