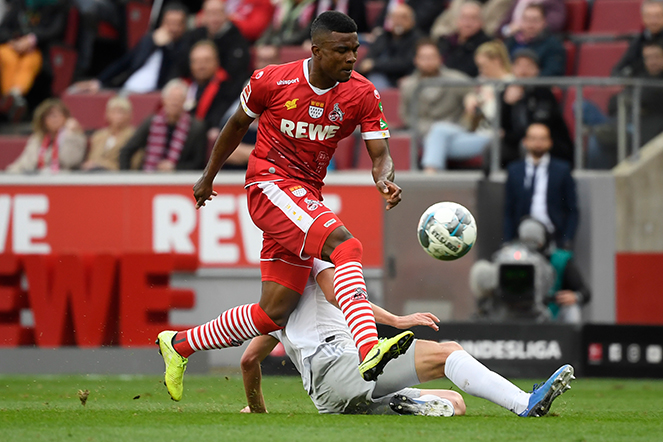 Koln is currently in the middle of the pack at 10th place, while Mainz is fighting to stay in the top flight for Bundesliga. In the 3rd minute of the game, Koln was awarded a golden chance to take the lead when Sebastian Bornauw played a beautiful ball over the top to Jhon Cordoba, who flicked it on to Mark Uth, who got fouled for a penalty. Uth shot the penalty in the bottom right corner, and Muller, the goalkeeper for Mainz, barely missed it. Koln kept on getting chance after chase, with Uth leading the way, but they broke through for a second goal when Uth (surprise surprise) played a ball out wide to Draxler, who then crossed the ball back post where it was headed in by Florian Kainz.

After taking a 2-0 lead, this game seemed all but over for Mainz, especially with how dominant Koln was. However, Mainz had other plans. Robin Quiason threaded a through ball to a dashing Baku who played a cross for the first time to the substitute Awoniyi, who put the ball in the back of the net. Mainz needed 1 more goal to equalize the game and in the 72nd minute, Pierre Kunde dashed through a lazy Koln defense, beating four defenders before finishing the ball in the bottom right corner. This was one of the more exciting games of the weekend, and a huge tie for Mainz to give them points in their fight to stay in the Bundesliga. 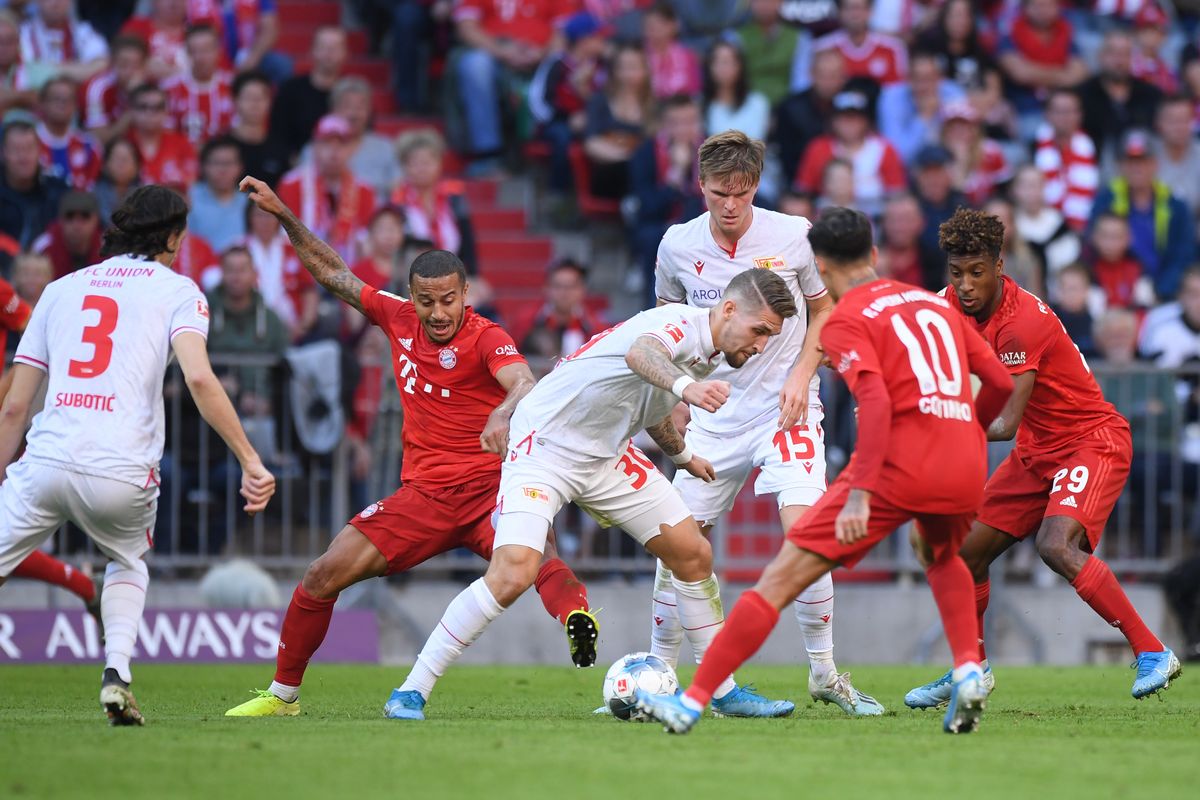 After Borussia Dortmund’s win on Saturday cut the gap at the top of the table to one point, Bayern needed a win to give themselves a four-point cushion. Bayern had an early chance to take a lead when Serge Gnabry headed the ball across the goal and Muller tapped it in, but it was deemed offside by VAR. However, in the 40th minute, Kimmich played a beautiful ball over the top to Lewandowski, who played a low cross into the box that wasn’t cleared by the Berlin defenders, and Goretzka pounced on the opportunity by jumping in front of the Berlin defenders when they went to clear the ball a second time. When they went to clear, they fouled Goretzka instead, giving Bayern a penalty kick. Lewandowski calmly converted the penalty in the bottom right corner and the penalty brought his goal tally on the season to 26.

Bayern then put the game to bed when Kimmich’s corner kick was put in the back of the net off a thumping header from Benjamin Pavard. Another dominant showing from Bayern Munich. 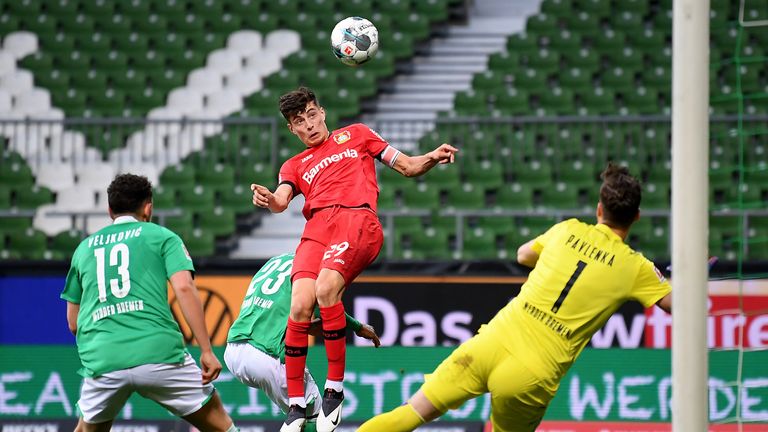 KAI HAVERTZ! That’s all I have to say about this game. One of the best young talents in all of Europe, Havertz started off the scoring when he headed the ball home off a beautiful cross from Diaby. Bremen then equalized 3 minutes later off a corner kick, when Gebre tapped the ball through a defenders legs (pause) and it ended up in the back of the net. From there, it was all downhill, like Antonio Brown’s career, for Bremen. Havertz scored another header off a free kick where he was unmarked to give Leverkusen the lead. Diaby assisted another goal where a high-arcing cross was headed into the back off the net by Weiser. The icing on the cake was when Bellarabi put a beautiful touch pass in between two defenders into Demirbay who then chipped the keeper to put Leverkusen at 4 goals. Leverkusen is currently one point out of Champions League range, and this win is a big momentum boost for this squad.