On Tuesday, Champions League group stage play kicks off, with 16 matches in total. This is the second installment of TSW’s predictions and preview for each Champions League group. I will be covering groups D, E, & F, headlined by Liverpool, Chelsea, and Borussia Dortmund. Fellow journalist Julian Alcaraz will be covering groups A, B, and C, and Preston Helfand will be previewing groups G and H. Be sure to also check out their articles. 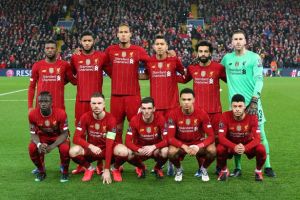 Liverpool crashed out of the tournament last season with a shocking loss at Anfield at the hands of Atletico Madrid. They return to the tournament without their best player, Virgil Van Dijk, who suffered an ACL injury. Their deep centerback rotation of Joel Matip, Fabinho and Joe Gomez should be able to withstand the loss of Van Dijk in the group stage. The Reds boast one of the best front threes in the world with Mo Salah, Robert Firmino, and Sadio Mane. The addition of Thiago in the midfield makes this team even more dangerous going forward, and I have them winning this group comfortably.

Atalanta won the hearts of every soccer fan last season. They were 5 minutes away from advancing to the semifinals before PSG’s Chupo Moting and Marquinhos struck at the death.  They were one of the highest scoring teams in Europe last season with 95 goals in all competitions and 13 goals in 3 games to start this season. Their attack and press will give teams like Liverpool problems, but my concern with them is their depth.

From second place to third, I believe there is a big drop off. Ajax’s 2019 team lost majority of its talent and with the summer transfers of Donny Van de Beek, Hakim Ziyech and Sergino Dest, their chances of qualifying are extremely low.

Midtjylland is one of the weakest sides in the tournament and I see them getting hammered every game. They currently sit at 5th in the Danish super league as well. 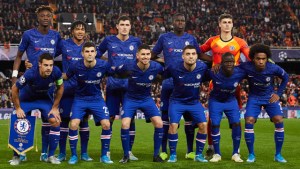 Chelsea spent nearly 270 million dollars in the summer transfer market, and still are struggling. Their defense is shocking and Kepa, is well, Kepa. If Mendy is fit, Chelsea will get a big boost defensively as the mistakes will be limited. Going forward, Chelsea are blessed with one of the best front fours in the world with American Christian Pulisic, Germans Kai Havertz and Timo Werner, and Morocco’s Hakim Ziyech. Mateo Kovacic and N’golo Kante sit behind them in a strong midfield. However, the main concern with Chelsea is their defense. They have conceded 9 goals in 5 games and most recently blew a 2 goal lead vs Southampton. The return of Thiago Silva and their attacking prowess leads me to put them at the top of Group E.

Sevilla is a puppy in the Champions League, but a lion in the Europa League, which they have won 6 times. From a defensive standpoint, they are the strongest in the group and I could easily see them finishing first as well. They also reunited with Ivan Rakitic this past summer to boost their midfield. Last season, they beat both Manchester United and Inter Milan en route to their Europa League title and this season they tied Barcelona 1-1, so it’s clear they can play with the big teams of Europe.

Rennes are currently tied for second with PSG in Ligue Un. They are unbeaten and are averaging just over 2 goals per game. They boast one of the best young talents in the world as well in Eduardo Camavinga. However, their lack of experience, depth and quality compared to Sevilla and Chelsea will see Rennes finishing in 3rd and going down to the Europa League.

I don’t know much about this team, but they have scored 21 goals in 11 games, and sit at seventh in the Russian league. They are in great form however, losing just once in their last 9 games. 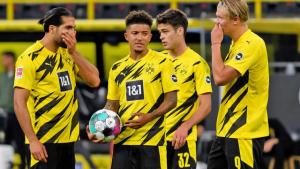 As a big USA fan, I am interested to see how 17-year-old Gio Reyna performs against the heavyweights of Europe. Dortmund possess too much quality for them to not go through at the top of the group. Jadon Sancho and Erling Halaand headline an exciting and young core of Dortmund football who look to escape the horrors of last season and advance past the round of 16. This season in 4 games, Dortmund has allowed 2 goals and scored 8. Averaging around 2 goals scored to .5 allowed per game shows just how good Dortmund are and the form they are in. I think they win this group easily as well.

Lazio were title contenders in Seria A before the restart, but then they fell off. This season, they sit at 15th and have allowed 8 goals compared to just four scored. Their defense looks terrible, but offensively they are sound as they were last season. However, Zenit dominates the Russian league every year and fails to provide anything in the Champions league. I think Lazio will regain their form soon and will finish second, but it will be a close race between Zenit and them.

Zenit have been dominating the Russian League for the past decade and constantly see themselves in this prestigious competition. However, they haven’t made any noise and regardless of their form/play in the Russian League it never seems to translate to the UCL. I have them finishing third, as I see this trend continuing.

Another American, goalkeeper Ethan Horvath, makes a CL start in Club Brugge’s first game against Zenit, due to Simon Mignolet contracting Covid-19. Brugge surprised the world last season when they tied Real Madrid 2-2. They have consistently finished third in their respective groups each year, but with Zenit and Lazio ahead, it will be a tough task this time around.