Champions League Return: What Teams Advance to the Quarterfinals?

European soccer has been back since May and now the UEFA competitions are making their return in early August. The 7th marks the return of the Champions League, which hasn’t seen any action in over 140 days due to COVID-19 concerns. While there won’t be any crowds in the stands, spectators around the world will be delighted to see their favorite clubs in action again. With league play over for all the European squads, expect well-rested teams in these final matches before the quarterfinals. A total of 4 matches remain in the round of 16 action. Big names like Lionel Messi and Cristiano Ronaldo have yet to clinch a quarterfinals spot. The question on the minds of soccer fans is: Who moves on, and whose aspirations die on the pitch? 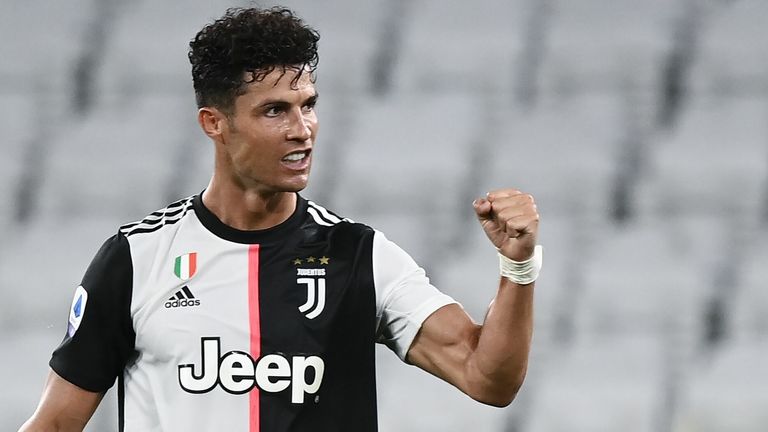 Lucas Tousart scored the lone goal in Lyon’s win over a much stronger Juventus squad. Ronaldo’s side dominated almost every stat and should not have went home with a loss, but Lyon lived the underdog story.

With a returning Memphis Depay and an offensive duo threat in Maxwel Cornet and Moussa Dembele, this young Lyon squad can capitalize on what they started in February. Juve is also packing an offensive threat with Ronaldo, Paulo Dybala, and Juan Cuadrado, a fierce attack that can outplay most European defenses. Being down on aggregate score will force the Italian squad to rush things and commit a lot of mistakes. A big name team with international talent like Juventus should not be losing a game like this, but they lack momentum. Out of their last 8 matches, Maurizio Sarri’s squad won just 2 games while dropping 4 and tying 2.

Lyon are the better rested squad, as the French Ligue 1 was cancelled, and having players return from injury will lead to a fresher team. This game can easily go one way or the other but Lyon has been long overlooked against better squads in the past, and I think this time Ronaldo’s magic in Champions League bouts is finally up. 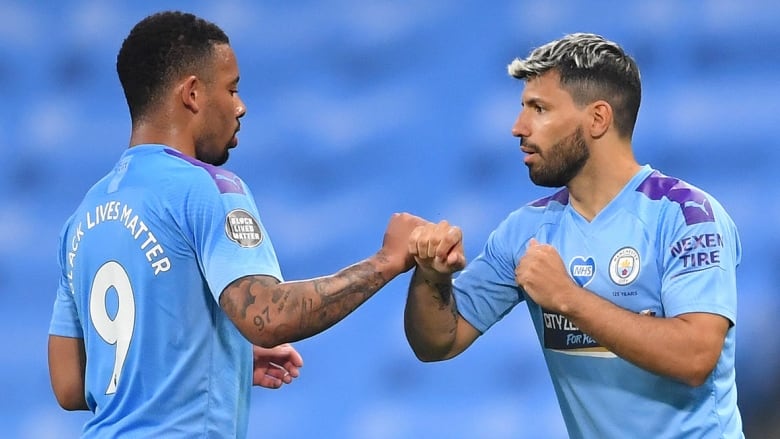 Two goals in the last 15 minutes (and a red card for Madrid that keeps Sergio Ramos out of this second game) helped push the “Citizens” past the Spanish squad in a tough away atmosphere. Manchester City played well as a team and had the ball most of the time.

It’s hard to say that this game won’t be competitive, as a matter of fact, it will be an absolute thriller. The lack of leadership for Real Madrid lacking Ramos can really hinder the Spanish team if they lose focus. Riyad Mahrez (T-2nd in assists in Champions League this season) can really be the difference maker in this clash of titans. Madrid will try their best to stop City’s speedster Raheem Sterling as well as their crafty technician Kevin DeBruyne. If Real slack off defensively, a big hole will be left for Mahrez to easily exploit and feed off of.

Man City, will have to make sure that Vinicius Jr and Eden Hazard don’t find momentum early. The first match saw Vinicius create plays, but he was unable to finish well. If the Brazilian star can keep a cool head he can without a doubt get the fullbacks to bite and pressure him, leaving other teammates open. Hazard is and has been a world class talent, and that will have to be on display for Madrid to have a chance. He knows Man City better than anyone else, having spent 7 years in the English Premier League, and this knowledge can be a huge game changer.

I expect Madrid to score early but Man City should take control before half and continue late into the second half. I think both teams will struggle to slow down wing play and overcommitting to it may leave wide open chances in the middle. The goalies should be the key to this one for both sides, so Ederson and Thibaut Courtois are going to have their hands full. 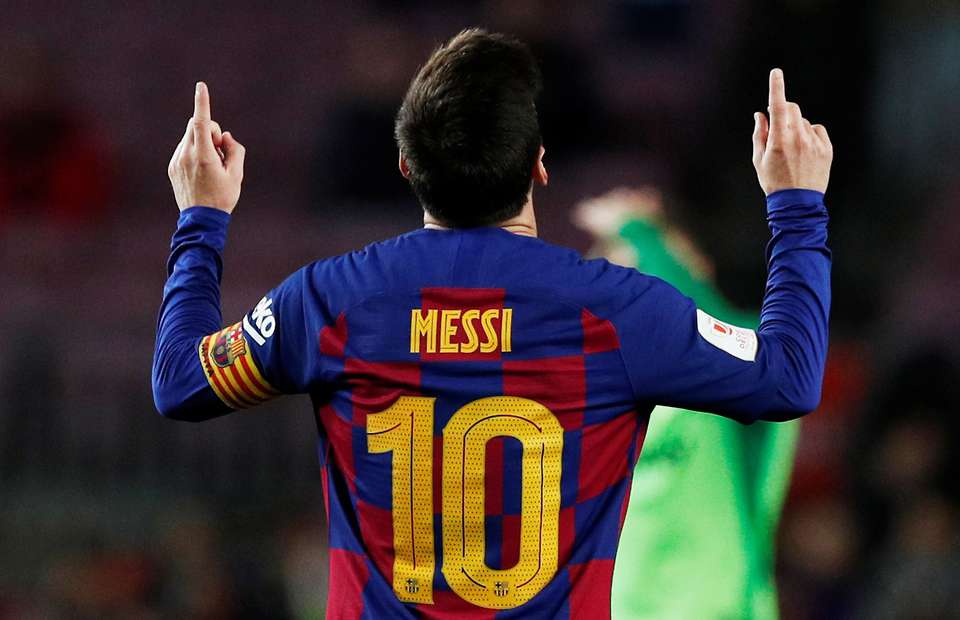 Barcelona enjoyed control during the whole game. They had 67% possession and 90% pass accuracy, but only had 2 shots on target. Dries Mertens leads Napoli in goals and is currently tied for 3rd of all players in UCL totals. He was able to snatch one against Barca and can even add more to his name in the second game.

This game is the only one I am torn on. Barcelona want revenge after their loss to Liverpool last year and are looking to make it far this time. Although Barca is much stronger on paper and they are more experienced in these games, Napoli shouldn’t be underestimated. They are undefeated on the road in the Champions League this year and are currently the Coppa Italia champs, a competition in which they took down Juventus. Dries Mertens is looking to strike again with help from an elite playmaker and midfielder in Fabian Ruiz.

The center back position is strong as well for the Italian side with Kalidou Koulibaly and Kostas Manolas. The wildcard for Napoli is Mexican superstar Hirving “Chucky” Lozano, who can out dribble defenders with his pace and ball control. If Lorenzo Insigne is out with an injury, Lozano can be plugged in and can easily make a difference.

Barcelona are coming off wins, but also enter with questions over the future of world-renowned superstar Lionel Messi. The Spanish team is without Arthur Melo who refused to return to camp after being swapped for Miralem Pjanic with Juventus. Messi is reportedly upset that Barca is getting rid of young talent, and instead of continuing to build as a European competitor, Barca seem to be going backwards.

Without Arturo Vidal (red card), the Barca midfield will be led by Frenkie De Jong, Ivan Rakitic, and maybe even Riqui Puig. Up top will be Messi, Luis Suarez, and Antoine Griezmann, who have been amongst the elite in Europe for years now. This game will be determined by which team can maintain possession and dominate in the midfield, and by who can set aside distractions to benefit their team. With all the mess around Barcelona, I feel like an upset is brewing The leading scorer in the Champions League had himself a night against Chelsea. Robert Lewandowski has 11 goals this UCL and got one against the Blues. He contributed to every goal in the match, with 2 assists as well. Marcos Alonso is out for Chelsea in the second leg with a red card suspension.

This should be easy to guess. Before Alonso got the red card, Bayern Munich was already up 3-0 and owning Chelsea in every category possible. Chelsea has amazing talent but are short handed. American legend-in-the-making Christian Pulisic is out with a hamstring injury, Pedro injured his shoulder, team captain Cesar Azpilicueta is out, as well as Billy Gilmour and Jorginho

Normally it’s hard to rule any team out of a game but in all honesty Frank Lampard’s team will have an extremely difficult task against the best offense in Europe. I see a big game in store for Lewandowski and Serge Gnabry, who look to finish off a weak Chelsea team in a match where they are already up 3 goals. Bayern has proven to be the best attacking team in this installment of the Champions League and look to put on a show with their squad who actually is somewhat complete.

Previous article10 Fantasy Gems Who Will Crush Their ADP
Next articleDerrius Guice: What Release Means for Washington