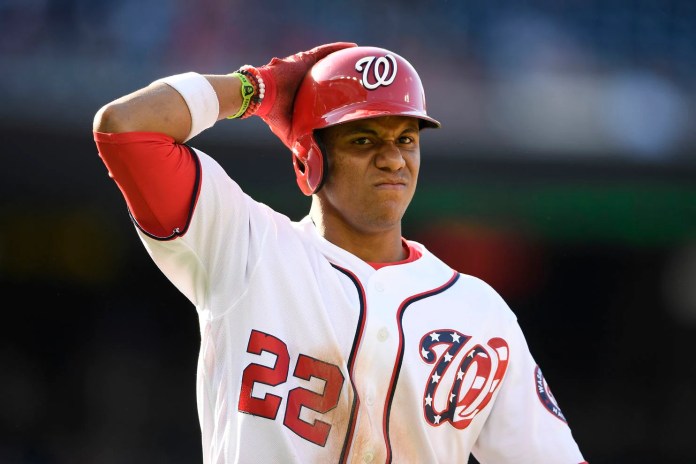 On Saturday, superstar outfielder Juan Soto rejected a 15-year, $440 million offer from the Washington Nationals. With this news coming out, the Nationals are expected to entertain trading him, per Ken Rosenthal.

Could the Yankees somehow pair Aaron Judge and Juan Soto together?

Juan Soto is 23, a proven winner, and has already solidified himself as a young superstar in the league.

Juan Soto has won 1 title with the Nationals, and since then the Nationals have entered a rebuild. Since winning the World Series, Washington has let go of key players such as Anthony Rendon, Trea Turner, and Max Scherzer. Other players include Patrick Corbin and Stephen Strasburg. Strasburg hasn’t been healthy for the last couple of seasons for Washington, and Corbin has been struggling.

With Soto declining this offer, he is showing that he wants to be on a winning team, and not a part of a rebuild. Could the Yankees be the team that Soto is looking for?

Why Soto and the Yankees make sense 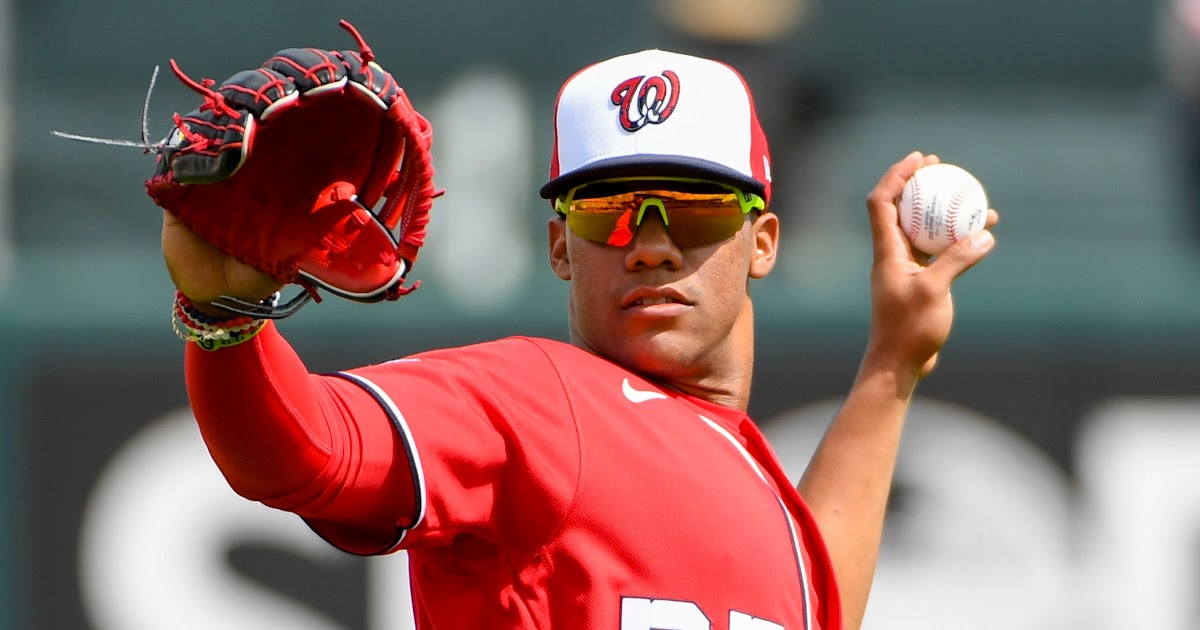 Currently, the Yankees are the best team in baseball and are making a run at the world series. If Brian Cashman were to go all in this season, Juan Soto is the exact guy he’s looking for. Another reason why Soto fits the Bronx is the right-field wall in Yankee Stadium. Soto would absolutely dominate in the Bronx and would be unstoppable with Aaron Judge.

Most importantly, the Yankees are one of few teams who have the assets to acquire Soto. New York has a top 10 farm system with top prospects that include Jasson Dominguez, Anthony Volpe, Estevan Florial, Austin Wells, Oswald Peraza, Ken Waldichuk, and many more.

Per Jon Heyman, “Both Yankees and Mets will look into a trade for Juan Soto, sources tell The Post. That said it won’t be easy for anyone to make a quick deal for the young superstar.’ “Like a Kevin Durant trade, says one rival exec.” The Nationals are going to want a lot in return for their star outfielder.

Here are some potential prospects who could be traded for Juan Soto. 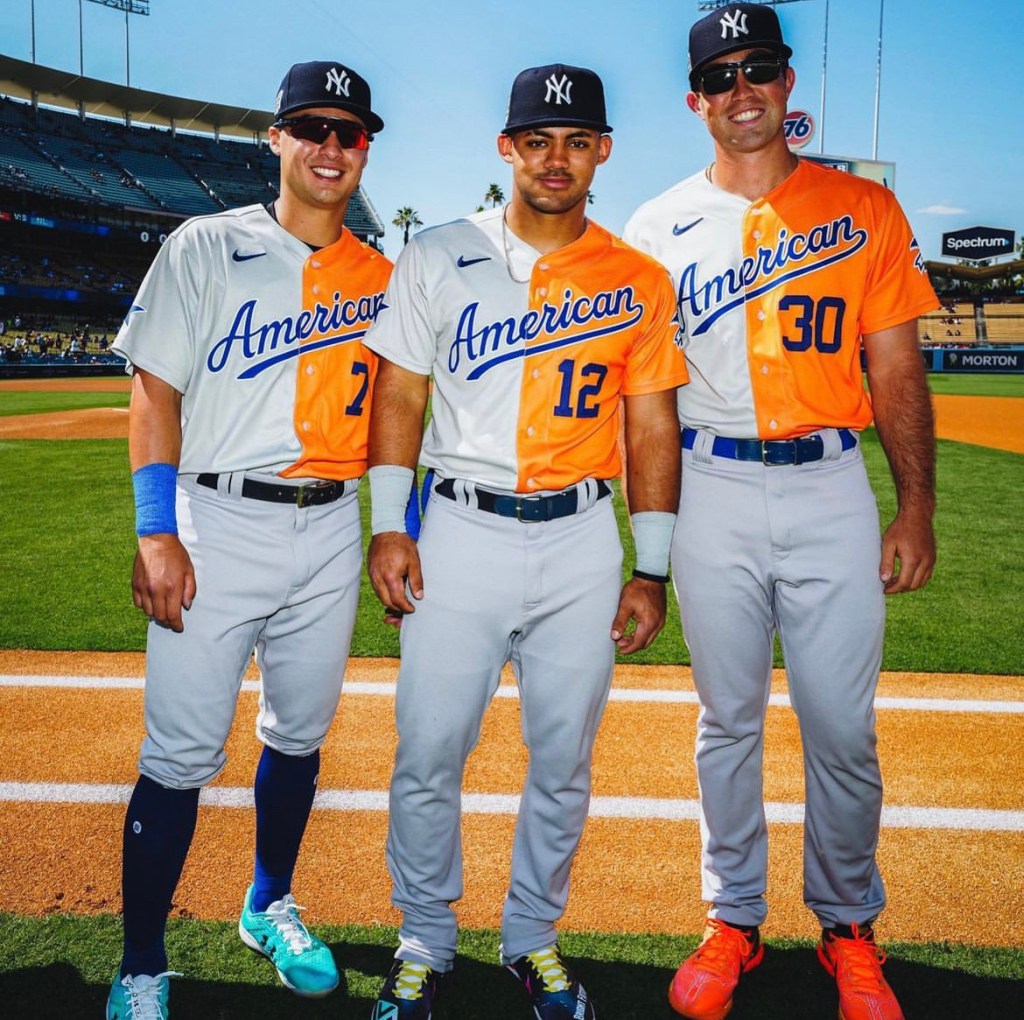 Jasson Dominguez is one of the top Yankees prospects. Dominguez is 19 years old and was recently promoted to the Yankees high-A team. Here are his stats so far this season in low-A:

Dominguez has a lot of upside. He has good power, great speed, and is a switch hitter. When at the plate, the Yankees’ top prospect has more success from the left side than the right side.

Anthony Volpe is 21 years old and really broke out in the minor leagues last season. He emerged as the Yankees’ #1 prospect, and the 8th-best overall prospect in 2022. Here are Volpe’s stats this season in Double-A:

Volpe is a future star at shortstop and is progressing well throughout the minor leagues. He is a great defender, a good hitter, and has great speed. Anthony Volpe is everything you look for in a shortstop. 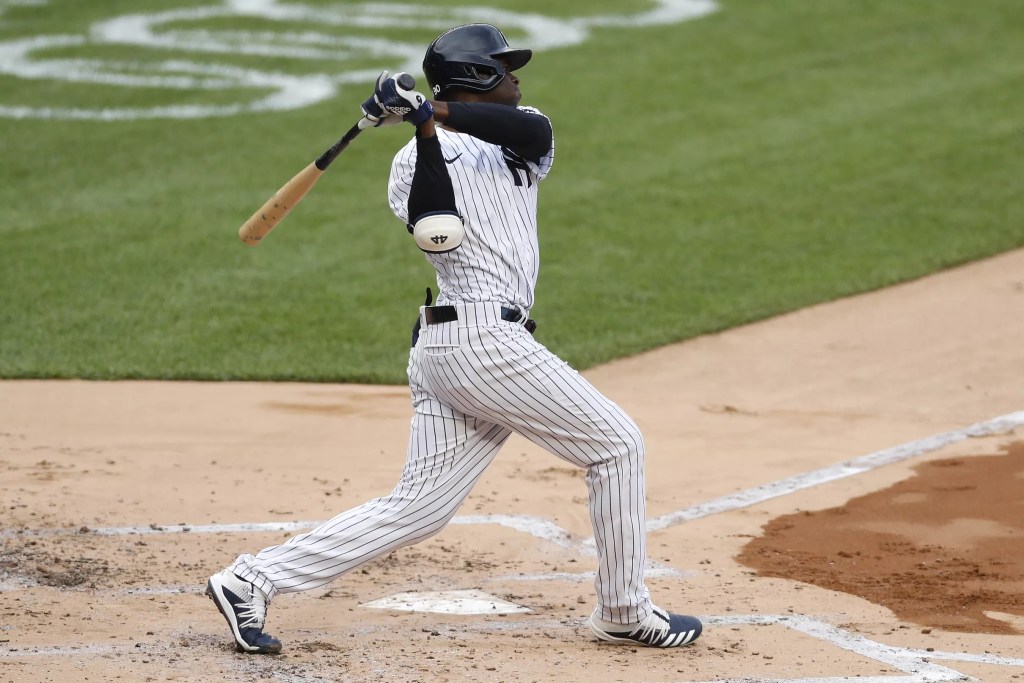 Estevan Florial is a 24-year-old outfielder and has been dominant in Triple-A this season. Unfortunately, he hasn’t been called up because there just simply isn’t a spot for him on the roster.

He’s been up and down between the MLB and Triple-A for most of his tenure with New York. Here are Florial’s stats this season in Triple-A:

Other potential prospects include:

Overall, the Yankees have what it takes to acquire Juan Soto. They have the prospects along with other assets to throw into a potential deal. The Nationals’ superstar outfielder would flourish in the Bronx.