On Monday night football, Dak Prescott and the Dallas Cowboys made sure to silence all the doubters. Dallas rolled past Tampa Bay with a final score of 31-14; potentially putting Tom Brady into retirement. Dallas was looking to win their first road playoff game in 30 years. Coming off a dreaded loss to Washington, many had lost hope in the Cowboys to make it past Tom Brady, who was previously undefeated (7-0) versus the Cowboys.

Heading into this game, Prescott had a 1-3 playoff record. The time was now for Prescott to make a statement to the NFL world. Dak Prescott took total control of this game, making him the complete “X-factor,” Dallas needed. 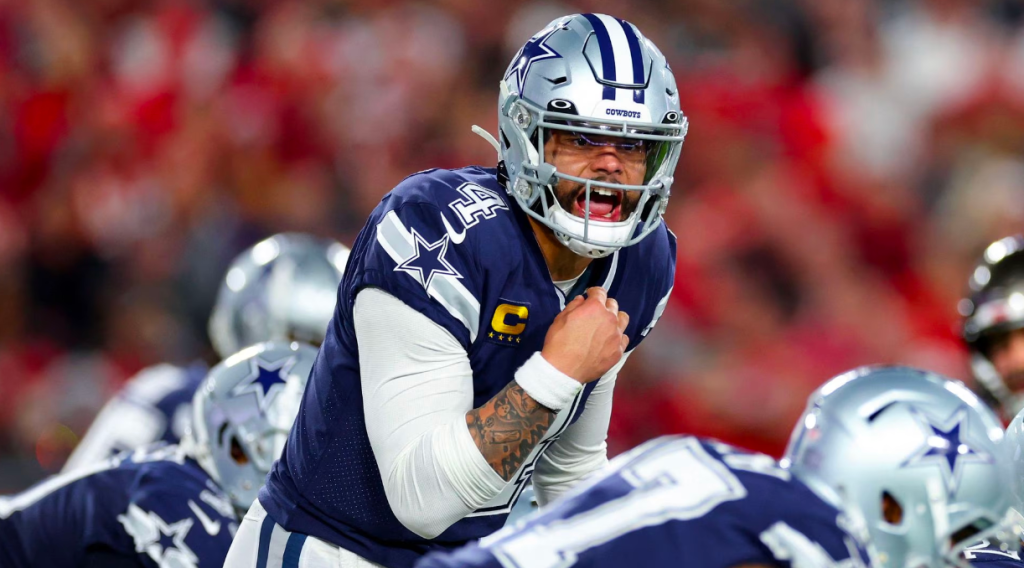 The offense ultimately runs through Dak Prescott. The consistency starts and ends with him. Last night was special for the seventh-year veteran. He set a career-high for the playoffs completing 25/33 of his passes for 305 yards and 4 touchdowns. Prescott had a passer rating of 143.3 and a QBR of 96.5. Keeping it on the ground, Prescott had 7 carries for 24 yards and 1 touchdown. It is also important to note that Dak Prescott had 0 turnovers.

Prescott improved his playoff record to 2-3 following arguably one of the best games in his career.

Offense by the numbers

The offense seemed to have one of the best games we had seen from Dallas this season. In total, the offense put together 433 yards; 305 yards from passing, and 128 rushing. Tight end Dalton Schultz had a career game recording 7 receptions for 95 yards and 2 touchdowns. Runningback Tony Pollard had a quiet yet solid night, rushing 15 times for 77 yards.

CeeDee Lamb had a good game racking in 4 catches for 65 yards and 1 touchdown. Michael Gallup showed up when needed, recording 5 catches on 46 yards, and adding a touchdown as well. By the numbers, Dallas had a great game against the Buccaneers.

His performance versus Tampa was hands down his worst performance this year. Maher missed 4 extra-point kicks; making him the first kicker in NFL history to miss four PATs in a game.

Overreaction? Who knows, but this time of year is not the time to be making simple mistakes. Maher has been an outstanding player who had just one terrible game. Obviously, these points weren’t needed but a performance like this next week could have Dallas skating on thin ice.

Dallas showed up on the road in the postseason against a Buccaneers team that has beaten them twice within the past two years. This win speaks volumes for both the players and the coaching staff.

Building momentum, Dallas will head to the Bay in San Francisco next Sunday to take on the 49ers. A rematch that most fans have been looking forward to. It won’t be an easy game, but putting on another performance like this could land Dallas in the NFC Championship for the first time since 1995.

So we meet again. #DALvsSF