Team Owner and GM Jerry Jones is optimistic Prescott could play “within the next four games.” 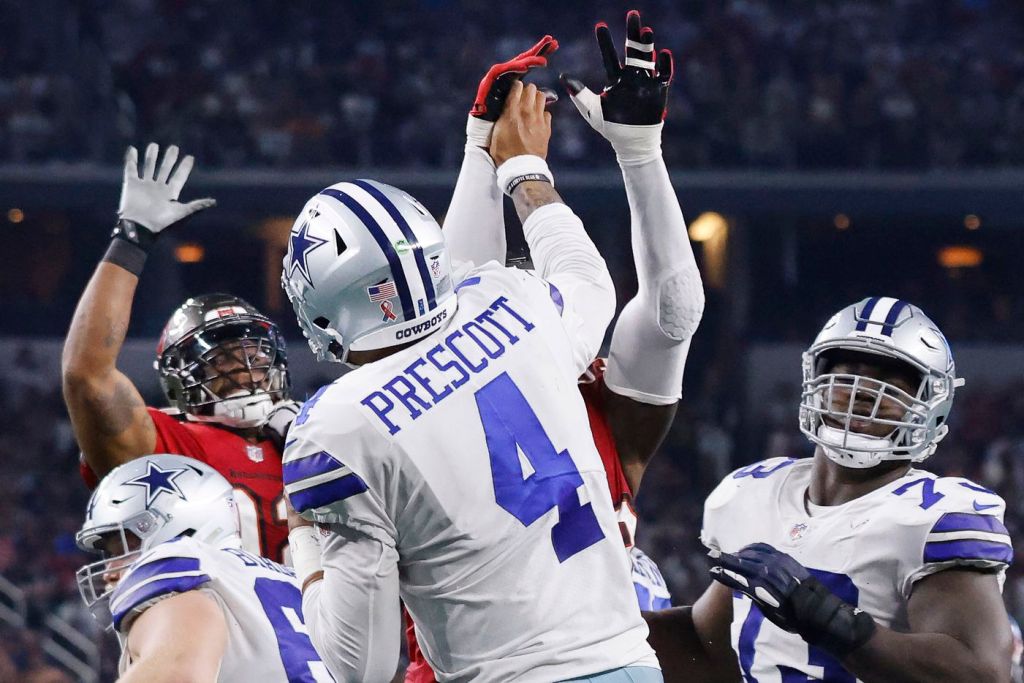 The opening game for Sunday Night Football was a dreadful one for the Dallas Cowboys. Dallas went on to lose with a score of 19-3 against Tom Brady and the Tampa Bay Buccaneers. Losing their first game wasn’t their biggest loss that night, it was Dak Prescott.

Late into the fourth quarter, the Cowboys were seemingly trying to get a touchdown on the board. In the midst of putting together a touchdown-worthy drive, quarterback Dak Prescott went down with a thumb fracture after making contact with a Buccaneers defender. Dak made his way to the locker room and did not return.

Initial x-rays confirmed that Dak had suffered a clean fracture in his right thumb. This injury usually takes a four-to-six week timeframe for recovery. However, according to Jerry Jones, this is not the case.

Details of the surgery revealed that Prescott suffered an extra-articular fracture to his right thumb. A knowledgeable person about the situation revealed that this fracture occurred above the wrist joint and did not extend into the joint itself.

On Tuesday morning, team owner Jerry Jones spoke on “105.3 The Fan” and announced the team will not place Prescott on injured reserve. Placing Dak on injured reserve would force him to miss at least four games before being eligible to return. Jones is optimistic that Prescott could return for the home game against the reigning Super Bowl Champions, the Los Angeles Rams.

“If we thought he wasn’t going to be ready to go for four games, after four games, we would be putting him on injured reserve,” Jones said. “We’re not doing that. We think he can come in and play.” Jones revealed that the team feels better about the injury (now) than they previously did on Sunday night.

The initial thought was that Prescott would sit 6-8 weeks on injured reserve. With optimism surrounding the situation, it is now deemed as a 3-4 week injury. The Cowboys could have Prescott back as early as, October 9. versus the Rams. A more realistic timeline to take a cautious approach would be a return on October 16. versus division rivals in the Philadelphia Eagles.

Quarterback Dak Prescott told reporters, that he thought the fracture was much cleaner than it could have been. He acknowledged the loss to the Buccaneers saying, “It’s unfortunate, but I’ll do what I’ve always done when adversity comes. Take it on headfirst.”

The Cowboys have no current plans to acquire a veteran quarterback. For the time being, Cooper Rush will take over until Prescott’s return.

The Cowboys will now have Dak Prescott back before the bye-week. This gives the Cowboys a chance to get back into playoff contention early on and win key games.