Defense Is Solely To Blame for Raiders Woes

After the Raiders’ week 4, 30-23 loss to the Buffalo Bills, quarterback Derek Carr told reporters ‘I’m tired of losing. I’m sick of it’.
And it is easy to see why, as Carr is currently the ‘losingest’ quarterback since his brother, David Carr, having had just one winning season in 6 years with the Silver N’ Black.

But if we have learnt anything this season, from both the weeks prior to and following the Raiders’ loss to Buffalo, it is that when it comes to wins and losses, it is out of Carr’s hands.

The Raiders have really had a mixed bag of results. In week 2, they gathered their 2nd win of the season, and first win in Vegas as they defeated the New Orleans Saints.
And, after Carr’s statement following their loss to the Bills, the Raiders redeemed themselves with a 40-32 win away to AFC giants, the Kansas City Chiefs. 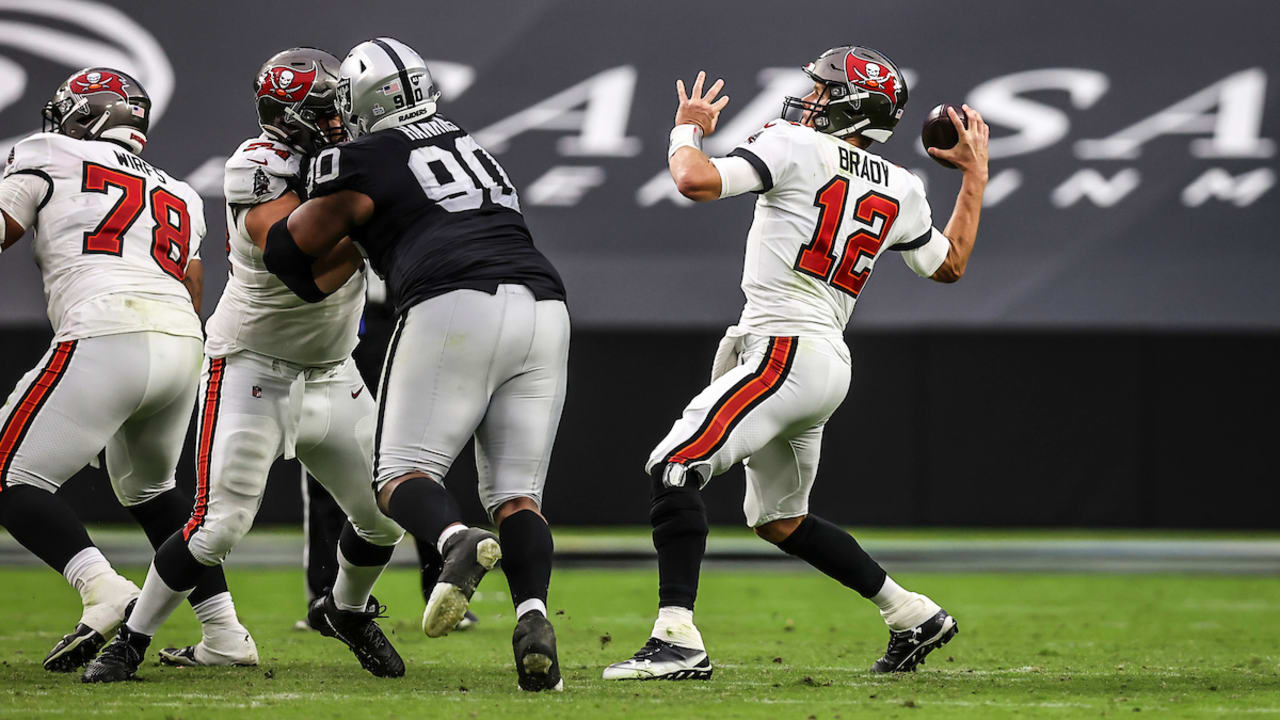 Following their victory over the reigning champs, and their week 6 bye, the Raiders were optimistic heading into their matchup versus Tampa. But, after Trent Brown came close to knocking the whole offensive line out of the game with COVID-19, the Raiders were left unprepared, and suffered a 40-23 loss to the new-look Buccaneers, continuing their rollercoaster of a season.

While the loss to the Buccaneers was undoubtedly the Raiders worst performance of the season, this blowout was not so different than the other 5 they have played thus far.

In each of the Raiders’ 6 games, they have conceded at least 30 points, despite Carr’s clutch ability winning 3 of them. The Raiders’ defense also managed 0 sacks, nor any turnovers versus Tampa – making it their 3rd game without an interception, and their 4th with 1 or fewer sacks.

The Raiders’ defense has been a problem for several years now. Even in their 12-4 2016 season, the Raiders struggled with sacks and takeaways, despite having DPOY Khalil Mack. But the defense has not improved since Ken Norton’s firing. Since 2018, under current Defensive Coordinator Paul Guenther, the Raiders rank dead last in sacks and takeaways, and 31st in conceded points per game, yards per play and passer rating against. 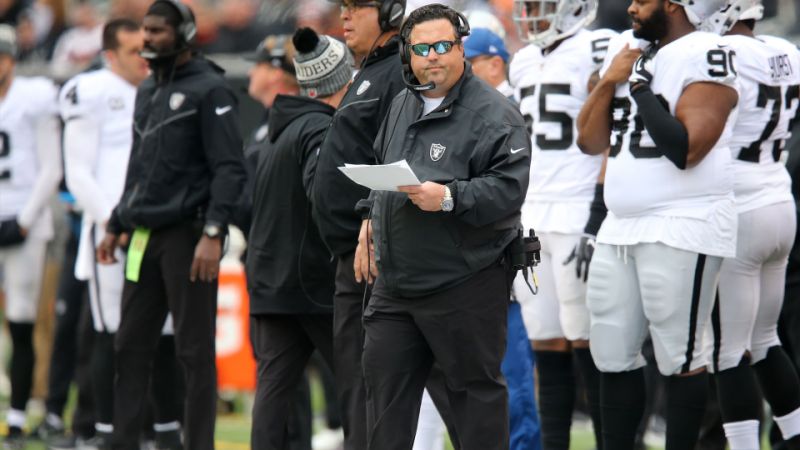 While pinning the blame purely on Guenther seems the most obvious thing to do, and may be justified, the poor performances from players cannot be ignored.
The Raiders’ defensive signings were thought to be some of the best deals of the offseason, with their new linebacker core ranked 6th in the league by PFF. But they have been more than disappointing, with Corry Littleton, Nick Kwiatkoski, Carl Nassib and Maliek Collins so far amounting to just 5 TFL, 3 PBU, 1 QB hit, 0.5 sacks and 0 interceptions between them.

The defense is losing every game for Vegas and hindering their ability to get it done on offense. But despite this, Carr and co. are keeping it together.

Entering the season as many people’s Darkhorse MVP candidate, Carr has recorded 1,726 yards and 13 TDs to just 2 interceptions – giving him a 112.8 QB Rating and placing third among starting quarterbacks behind just Aaron Rodgers and Russell Wilson. And this is despite injuries to his line and receivers, missing Henry Ruggs, Bryan Edwards, Trent Brown and Richie Incognito for multiple games this season. 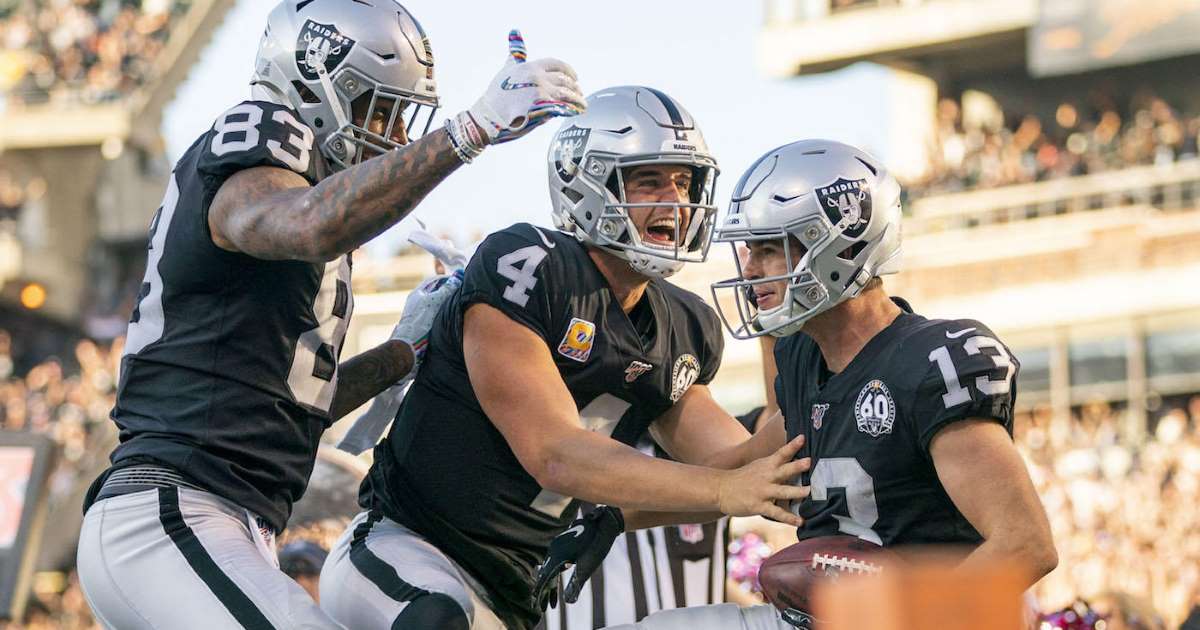 But the efficiency that the defense gives to opposing offenses during games, allowing big play after big play, renders any offensive edge useless. If the quarterback with the most game winning drives, 4th quarter comebacks and lowest turnover rate in franchise history cannot win games with the current defense, then no-one can.

After nearly a decade with a broken defense, the Raiders must be harsh in the coming weeks and months to fix the problem. The Raiders cannot expect to win games when conceding 30 week in, week out, and switching up on their loyal quarterback will not fix anything.

Gruden and Mayock have done what they can to fix the defense – adding free agents, and selecting 3 defensive players with their last 5 first round draft picks. If the Raiders defense fails to improve dramatically by the end of the regular season, then Gruden may have no choice but to let go of his good friend and defensive coordinator.