After an insane March Madness tourney that has given us everything and more, we have been rewarded with an all-blue blood final 4. I honestly am really excited about this as we will watch college basketball being played at its best. Each of these teams has a storied history with hall of fame head coaches. Today, I will be describing each team’s X-Factor. 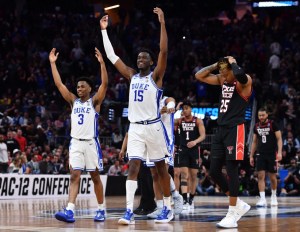 I couldn’t pick one of these guys so I’ll talk about both. First, Jeremy Roach has been an instrumental part of this team’s success. After taking a back seat during the season, Roach emerged as a starter in the tournament and a key closer down the stretch. Roach has hit clutch bucket after clutch bucket and was essential in the dying minutes against Texas Tech as he hit a big shot to give them a lead by 3 and then to extend the lead to 5. Roach is the primary ball-handler as well and his quick first step opens up shots for Banchero, Griffin, Moore, and Keels. Alternatively, he can get to the rim and create his own shot or shots for Mark Williams.

Mark Williams has been playing his best ball all season and it has shown as he has risen up the draft boards. With potential matchups against Armando Bacot (16.5 points and 15.75 rebounds) and then McCormack, Williams will be crucial in commanding the paint and limiting second-chance opportunities. Williams is averaging 14.5 PPG, 8.8 RPG, and 4 BPG in the NCAA Tournament. Williams is extremely efficient in scoring the ball as he has scored at over a 75% field goal percentage during the tournament and is great in the pick and roll, especially with Roach. 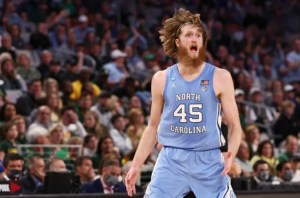 When Manek was ejected from the Baylor game, UNC blew a 23-point lead but hung on in overtime. Brady Manek has scored 20 or more in 5 of his last 8 games. He will likely be matched up against Banchero and last time although he scored 23, it was at a sub 30 percent rate. North Carolina has won 20 games when Manek scores in double figures. Manek is great at stretching the floor and has shown his elite three-point shooting threat, as he can shoot the ball from almost anywhere on the floor. If Bacot is struggling, x-factor Manek will be key in providing that scoring from the Forward position. 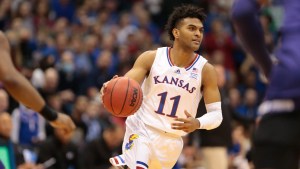 Remy Martin is the reason the Kansas Jayhawks were Big 12 Champions and Midwest Region Champions. Kansas was hurting at the point guard position as although Dujuan Harris is a great defender, he doesn’t give Kansas much offensively. Remy Martin came back from injury and completely changed their season for the better. With Ochai struggling, Remy has taken over as Kansas’s primary scorer. Against Creighton and Providence, two of Kansas’s closest games during the tourney, Remy has scored 20 and 23 at above 50 percent from the field. Remy controls the tempo of the Kansas team and his elite first step keeps defenses on edge. Defenses never know what to expect as Remy is great at keeping defense guessing, switching between a quick step to a pull-up jumper to slowing down the game and facilitating. Kansas will only go as far as their undeniable x-factor Remy Martin takes them. 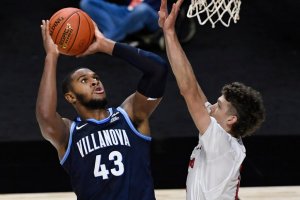 This Villanova team is so good it’s hard to pick an X-Factor, but undersized center Eric Dixon will be crucial to this team, especially now with the loss of Justin Moore. He has been matched up against Dickison (7 foot 1) and Josh Carlton (6 foot 11) and has held them to 15 (37.5% from the field) and 4 respectively. Dixon at 6 foot 7, faces a matchup against McCormack and then potentially either Armando Bacot or Mark Williams. Each of these teams has thrived off second-chance opportunities and is a big reason why each of these teams made it this far.

With how undersized Nova is, Dixon limiting second-chance opportunities as they did against Houston and Michigan, will be the key. Offensively, Dixon just has to be consistent and takes shot that comes his way. He doesn’t take a lot of threes but when he does, he is extremely efficient. Keeping the bigs out of the paint will allow Villanova to drive and kick, and for a team that hits the three-ball at a high rate, would almost guarantee them a win.