With the season well underway, most of the NFL has a clear and established idea of who their new men on the roster are. Each team in the AFC has a player who’s arrived and immediately made their impact felt. Be it a draft pick, trade acquisition, or Free Agent signing, a lot of men have already made their marks on their new franchises, so let’s get into it. 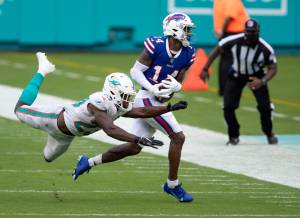 We start off strong with the NFL’s (co-)leader in receiving yards. Diggs made an immediate impact on the roster and the play of Josh Allen, bringing some star power and veteran leadership to an established WR core. Totaling 239 yards through 2 games, plus a TD, proof of his contested catch-ability, and assistance in downfield blocking and run support, Diggs has been well worth his trade cost.

We should absolutely pump the breaks here. The unending praise for Cam Newton’s “return to MVP form” needs to stop, but he’s fitting in well and putting them in positions to win. He’s not going to carry you if your defense fails, but he’s an excellent interim QB whilst the Patriots begin the search for their franchise guy.

We were all looking forward to seeing a Miami secondary featuring Byron Jones and Xavien Howard, but with Byron Jones now injured, the next man up gets the nod. Kyle Van Noy has been effective and, minus one embarrassing truck by Josh Allen, he’s played like it. All over the field, Van Noy has listed 9 tackles and 1 sack so far on the season.

Embarrassingly, the 37-year old RB leads the team in rushing yards and attempts, with 87 and 27 respectively. Second in attempts is Le’Veon Bell with 6 attempts for 14 yards, which tells you all you need to know about the effectiveness of Adam Gase as a head coach. Regardless, Gore has done everything he can to make this team competitive when they shouldn’t be. 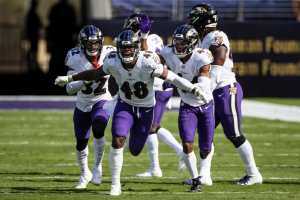 This man was a steal as a late first-rounder, and it shows. Queen leads the team with 17 tackles as a rookie, featuring 11 solo tackles and 1 sack, 1 forced fumble. The 28th overall pick in 2020 is cleaning up shop and thriving within a high-quality defense on a team that’s contending for a Superbowl.

This Canadian is second in receiving yards in Pittsburgh and displays incredible body-control on the catch. Despite his limited use, he’s made the most of his opportunities with 5 receptions on 5 targets, averaging 25.4 yards per catch, with 1 incredible TD, the longest by a Canadian in NFL history.

Obviously, there are growing pains but Burrow has shown his potential early. Hosting a 61.9% completion percentage, Burrow has passed for 509 yards in 2 games, showing drastically different performances. Most recently, he threw for 316 yards, 3 touchdowns, and no interceptions against a tricky Browns defense, showcasing hope for the Bengals’ future.

Perhaps the cream of Cleveland’s Free-Agent crop, Goodson leads the team in tackles with 16, 11 solo, and 1 pass defensed. He’s provided a solid anchor in the LB unit and helps galvanise the defense into a more cohesive unit. 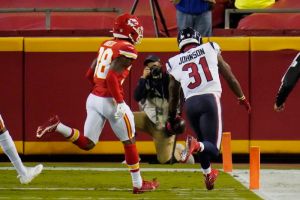 He’s finally back! Mostly, anyway, but after sprinkling a TD on top of his 11 rushing yards (team-best), and averaging 5.0 yards per attempt, Johnson looks more like his old self than he has in a few years. Thought the Texans absolutely lost their trades, Johnson has found his groove and given them something to grow off of.

That’s right, Taylor has done more for this team in 2020 than QB Philip Rivers has. Taylor has already notched 135 yards and 1 TD on his 35 rushing attempts, as well as pitching in 76 yards receiving on 8 catches. He’s been a Swiss army knife in an offense that is struggling to find it’s identity.

Whilst LB Joe Schobert has made his impact felt, Robinson has taken command of the RB room in his rookie year, providing a surprisingly good base for QB Gardner Minshew to stand on. A whopping 164 rushing yards and 1 TD through 2 games, as well as 4 catches for 46 yards, makes this player a good shoulder to lean on.

A few minor mistakes, but Fulton was bound to make some as a rookie. In total, he has excelled since he was drafted, posting 7 tackles, 1 pass defensed, and a 44-yard return on his 1 interception. A solid start for a solid player. 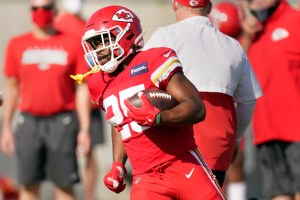 There’s not really a question here. CEH has been electric from the moment he hit the turf in the season opener. Already accumulating 176 rushing yards at a whopping 5.0 yards per carry, he’s making the Chiefs offense look like a run-first team at times. His contributions through the air can’t be ignored either: he has 6 receptions for 32 yards.

This 1st-round pick has been playing out of his mind to start strong. His 18 tackles lead the team and he notched 1 pass defense too. Rookie RB Joshua Kelley could also use a nomination but his impact is marginally less prominent.

Whilst rookie WR Jerry Jeudy has made himself known, with the injury to Drew Lock, Gordon has made himself indispensable. After his failed holdout had a massive impact on his prospects, Gordon powered his way to the top of the RB room in Denver. A sizeable 148 rushing yards, including a TD, accompany his 22 receiving yards a TD nicely.

Most of the improvements in this Raiders team are home-grown this season, but Littleton is one addition to make moves. His 9 tackles and close pass-coverage makes him their most impactful addition of the offseason and, as he settles into his groove, he will likely continue to blossom.