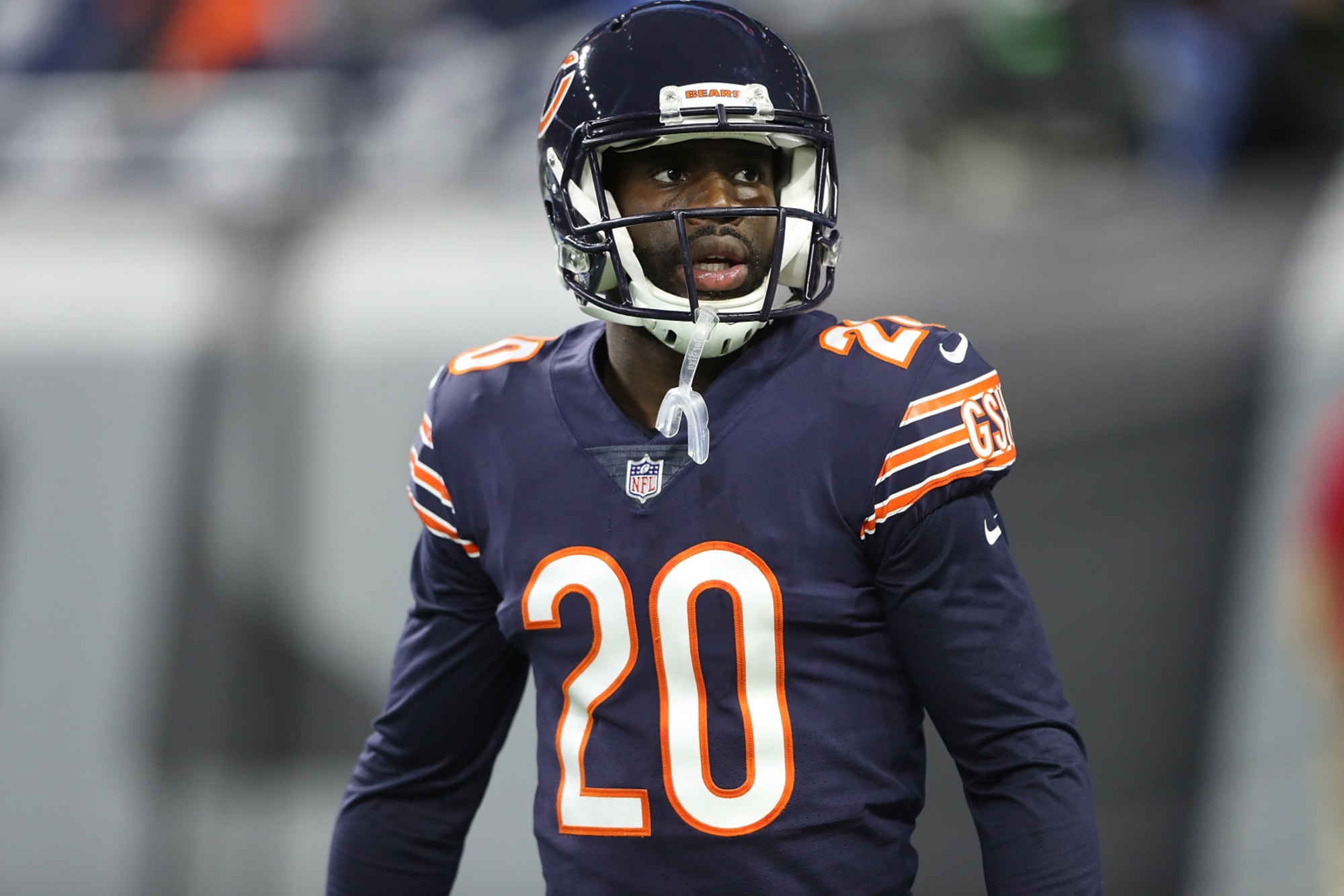 Prince Amukamara is the reason you should never trust the box score. His statistics never jump out at you, but he has been the epitome of solid over his 9-year career. Amukamara spent his first 5 years with the Giants, followed by a year with the Jaguars, and his most recent 3-year campaign with the Bears. Throughout this period, he has posted just 10 interceptions, which may lead some to believe he has been somewhat ineffective, but that simply isn’t the case.

According to PFF, he has graded above 70.0 in coverage each of his last three seasons, with a career-high 77.1 coverage grade in 2018. Seeing as how he hasn’t shown any concerning signs of decline, at just 30 years old, Amukamara can be a solid CB2 wherever he lands. If that wasn’t enough to convince you, having the coolest name in the NFL has to count for something! 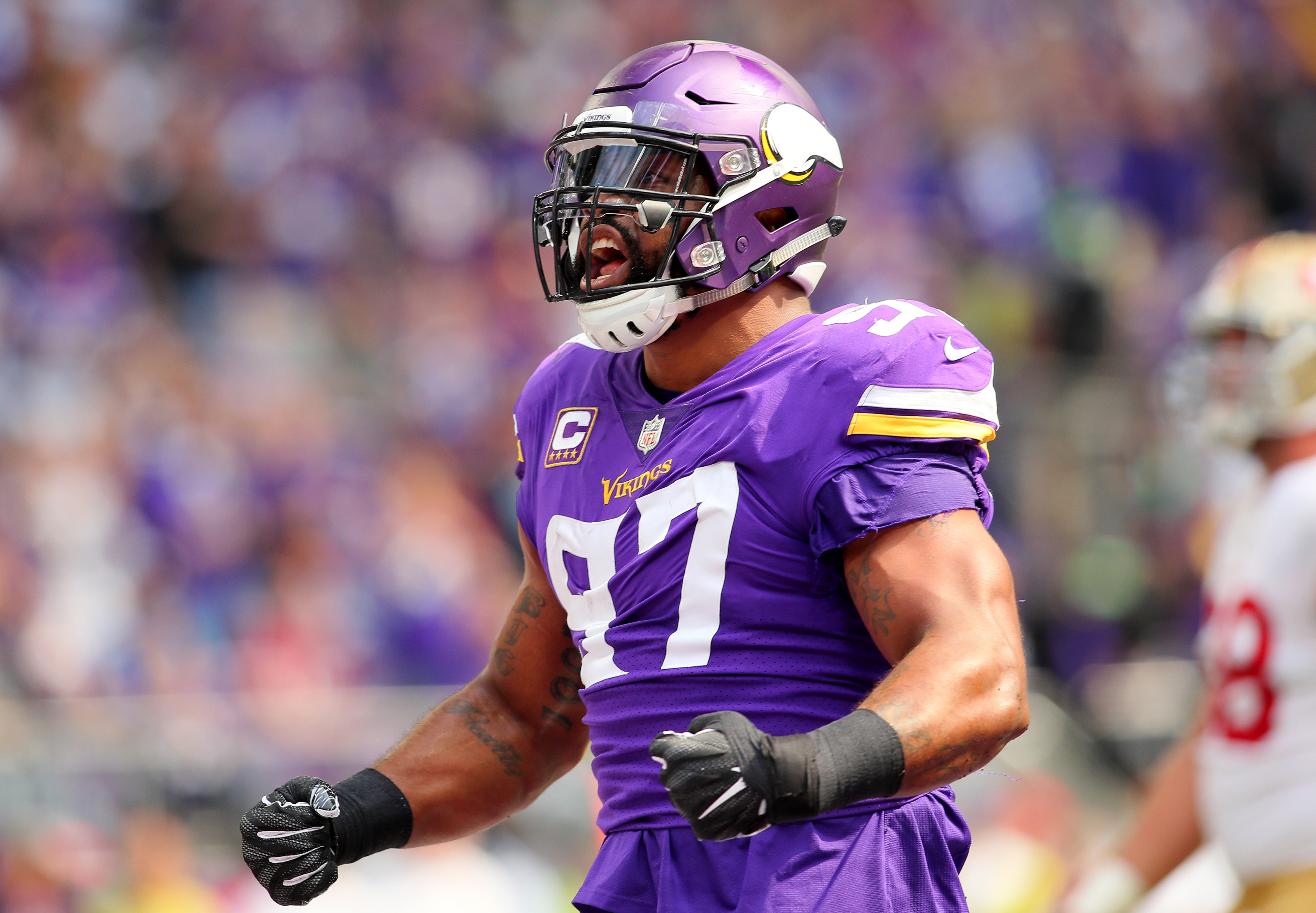 Everson Griffen has been one of the staples of the Vikings defensive front for a decade. It took the 100th pick in the 2010 NFL draft some time to arrive on the scene, but when he arrived, he showed himself as a force to be reckoned with. In his first 4 seasons combined, he recorded a total of 17.5 sacks. Although he played every game of those first 4 seasons except for his first, he only started one game over that entire span. All of that changed in 2014 when he became a week-to-week starter.

Not only did he instantly make his presence known, but he never looked back. Griffen posted an astounding 43.5 sacks and 7 forced fumbles spanning the 2014-2017 seasons, which amounted to 3 consecutive Pro-Bowl appearances. His peak year was in 2017, and with an unimpressive 2018 showcase largely due to injury, some around the league questioned his ability to get back to his form.

He responded in 2019 with another Pro-Bowl caliber year that, albeit, did not appear on the stat sheet. The 10-year vet is 32 years old and his best years are behind him, but that is not to say he cannot be an effective complementary and/or rotational piece on the outside of your defensive line for the next few years. 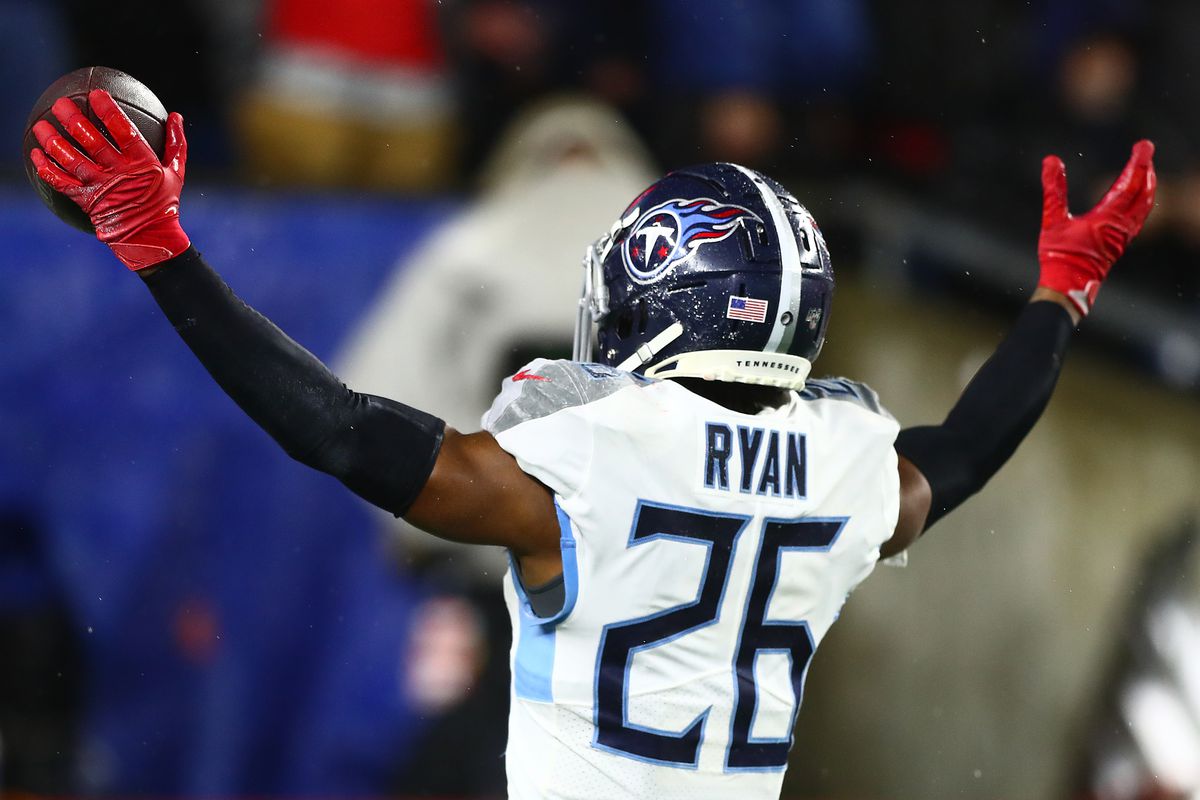 In a vacuum, Logan Ryan may not be the 3rd-best overall free agent available, but he offers a ton of value for a position that is so hard to come by, yet so important in today’s NFL. As of late, the slot cornerback has become an absolute necessity. This can be attributed to the evolution of the receiver position.

In the past, “good receivers” were typically X-receivers, and would play on the outside almost exclusively. In today’s game, the “good receivers” can run the entirety of the route tree as well as have the ability to line up anywhere on the field. Having a better than average slot corner fall into your lap in free agency can be a dream come true for teams who find themselves in need.

As for Ryan himself, he has had a solid 7-year career highlighted by his most recent 2019 outing. His 4-year stint in New England was stout, and Tennessee did not exactly get what they paid for his first 2 years in their system. In the 2017 and 2018 seasons, he totaled a measly 0 interceptions, 19 passes defended, and 1 forced fumble.

He had a resurgence in the 2019 season when he totaled 4 interceptions, a career-high 18 passes defended, and another career-high 4 forced fumbles. He is consistently above average in coverage, and is a tremendous tackler for a position that is not exactly known for its tackling. Ryan should be very valuable to some teams in need of what he offers. 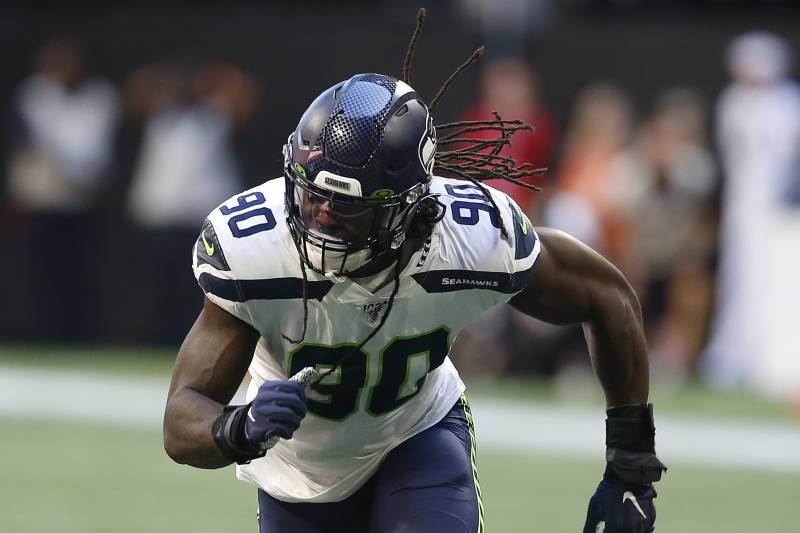 Like the next player on our list, Jadeveon Clowney was the first pick in his respective draft, selected by the Houston Texans in 2014 with high expectations from the get-go. Unlike our next player, however, Clowney did not hit the ground running. He had such a remarkably slow start to his career that people around the league began to write him off as a bust, when in fact, he was gradually becoming better and refining his game.

He did not make the Pro-Bowl in 2019, a season where he registered 4 forced fumbles, which, ironically, was more than his 3 total sacks. I do not love quantifying an edge rusher’s worth based on sacks, but in Clowney’s case, they work as an accurate barometer of his steady development.

Clowney has not necessarily lived up to his draft hype, but he is a more than capable edge defender who can be explosive at times, and he has shown steady progression throughout his career. If you also take this into consideration that he is just 27 years old and does not have an extensive injury history, he should be a highly-coveted free agent prospect. 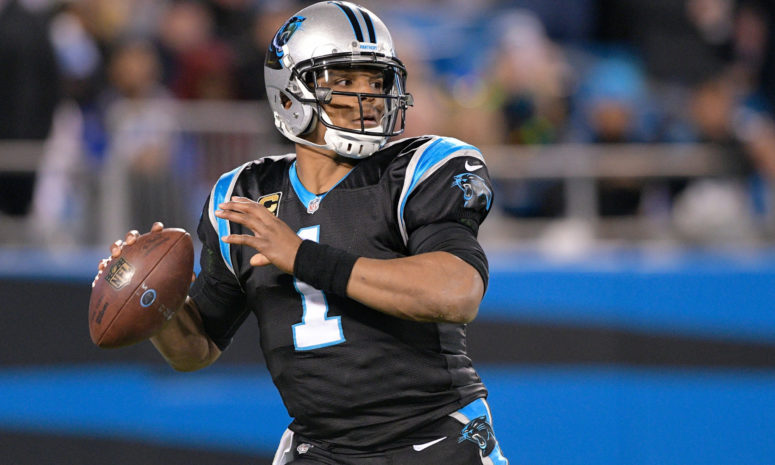 If I were to describe Cam Newton’s career using one phrase, I would say… Benjamin Button. Newton was the first pick in the 2011 NFL draft, beginning a promising young career that peaked in the 2015 season. In that season, he amassed 3,837 passing yards with 35 passing touchdowns next to just 10 interceptions, to go along with 636 rushing yards with a whopping 10 rushing touchdowns!

Those monster stats, in conjunction with the Carolina Panthers’ 15-1 regular-season record and Super Bowl appearance, was enough to land him the NFL MVP award, a First-Team All-Pro appearance, and a spot on the Pro-Bowl roster.

Since then, he has never matched his passing yardage, he has only surpassed his rushing yardage once, and has never come close to matching that rushing touchdown total. What’s even worse is when you expand that scope to the Panthers as a whole, since that 2015 season, they have had a sub .500 record of 29-35.

Another theme of Newton’s career has been inconsistency. Cam has shown spurts of Superman now and then since 2015, but it is an understatement to say he has been unable to shake the injury bug. Nevertheless, good quarterbacks are the nucleus of any successful team, and Cam should be the hot commodity for any team that sees itself as a quarterback away. Injuries are his main concern, but given the Panthers’ perceived emergence of Kyle Allen, Cam has been allowed time away from the game, hopefully long enough to replenish his body and be effective in a different location.