Joe Schoen’s first draft as the General Manager of the New York Giants was a roller coaster in the minds of many fans. After a fantastic first round, some of Big Blue Nation were left scratching their heads at the value of many of the following selections. Let’s take a deeper dive. 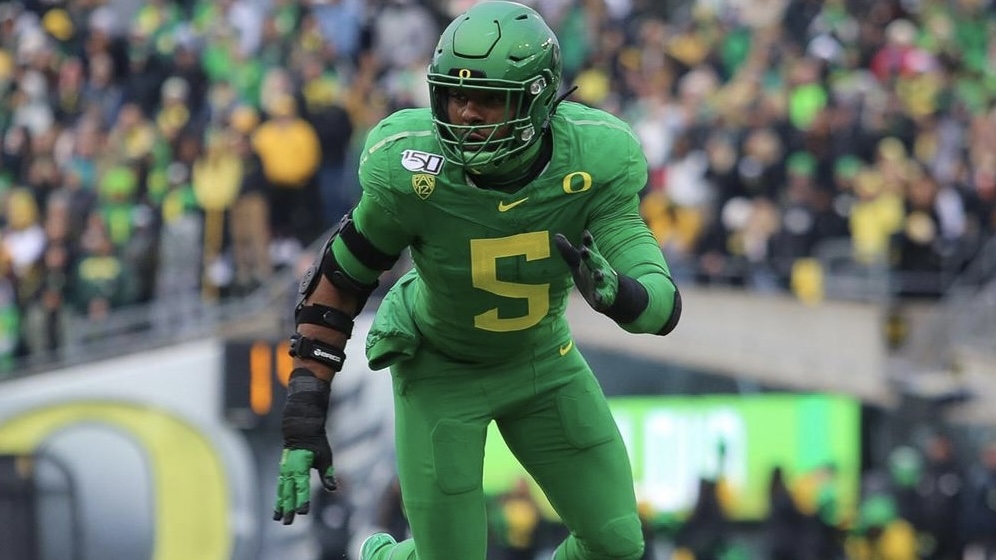 Kayvon Thibodeaux was arguably the best pass rusher in the 2022 draft class and came into the season as the consensus number one prospect on draft boards. It wasn’t until the draft process drew nearer that analysts started questioning not his play, but his character.

Thibodeaux is a charismatic individual who puts an emphasis on his personal branding in the public eye. This scared many “draft gurus” because they thought that his off-field passions would take away from his on-field abilities. Thibodeaux’s new teammate, Leonard Williams, seems to think some of the reports were overblown, “Honestly, I thought he was going to be more than he is because of what you see on TV… I was like ‘this guy’s a character’ but meeting him in person, he’s a humble guy… I’m definitely impressed…”

Thibodeaux’s production in college was never a concern. Through 30 career games, he tallied 19 sacks and 35.5 tackles for loss. With the help of fellow pass rushers Azeez Ojulari, Leonard Williams, and Dexter Lawrence, he should be able to transition this success into the NFL. 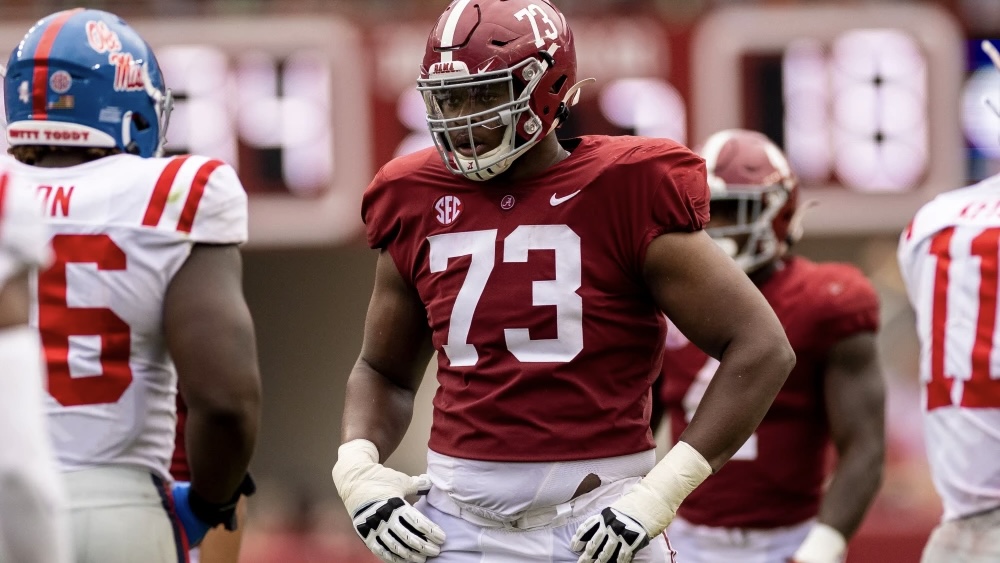 With the selection of Alabama Offensive Tackle, Evan Neal, the G-Men have seemingly filled the black hole at right tackle that has been haunting the team for multiple years.

Neal was at the top of many analysts’ offensive line prospect rankings, so the Giants truly followed the BPA (best player available) line of thinking while also filling the team’s biggest need. That alone garners an A+ grade for this pick. 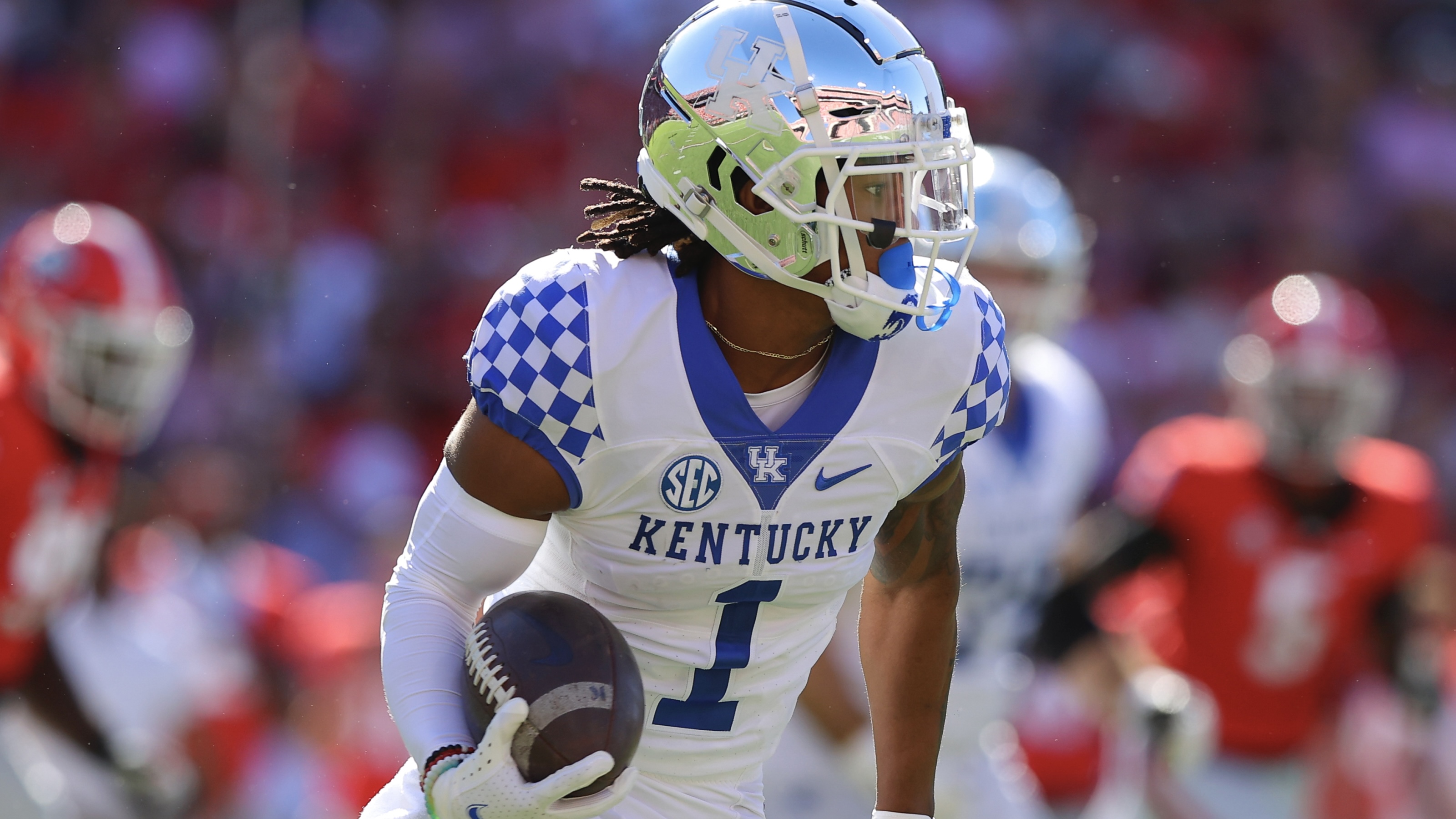 This is where the head-scratching began. Analysts such as Lance Zierlein projected Robinson to be a fourth-round pick in this year’s draft, so the value of the pick was immediately put into question by the fan base.

A poll done by @newyork.giantsnews on Instagram shows this very well. Directly after the selection, fans had an opportunity to answer a poll about their thoughts on the pick:

Though some have doubted him, Wan’Dale Robinson has proven that he can produce against top-tier talent. He earned second-team All-SEC honors for the 2021 season while ranking third in receptions (104) and eleventh in receiving yards (1,334) in all of college football. These marks were also University of Kentucky single-season records.

At the end of the day, Robinson will bring a high level of versatility and speed to the Giants’ offense; two attributes that new HC Brian Daboll and new OC Mike Kafka covet. 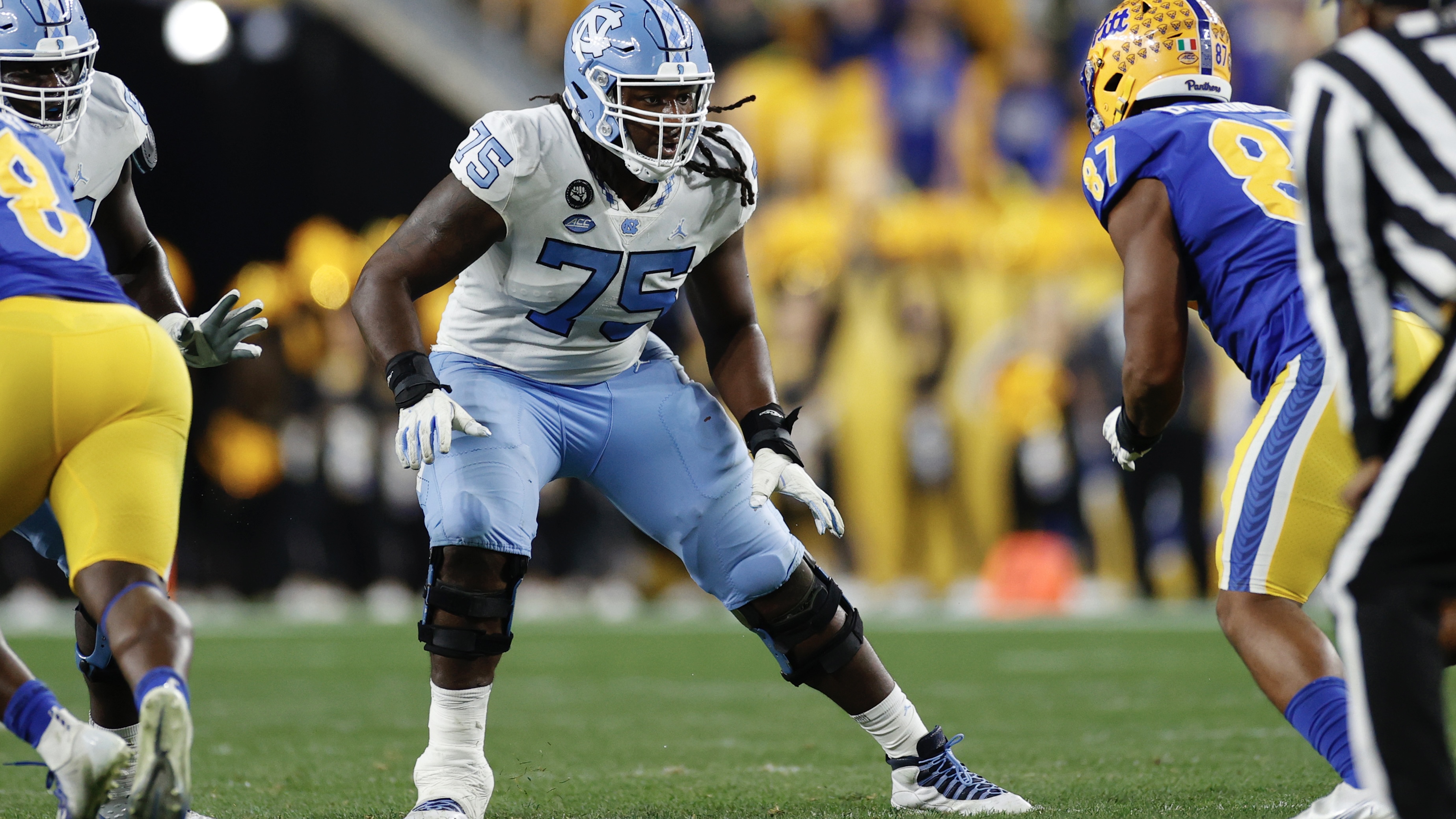 Joshua Ezeudu is a very athletic guard who comes packed with loads of versatility. The former UNC lineman had games where he would switch positions (tackle to guard or vice versa) midway through a drive which is unheard of at the Division 1 level.

The ability to play on the interior offensive line as well as at tackle brings a ton of value to the team even if he does not find a starting role for himself in year one. 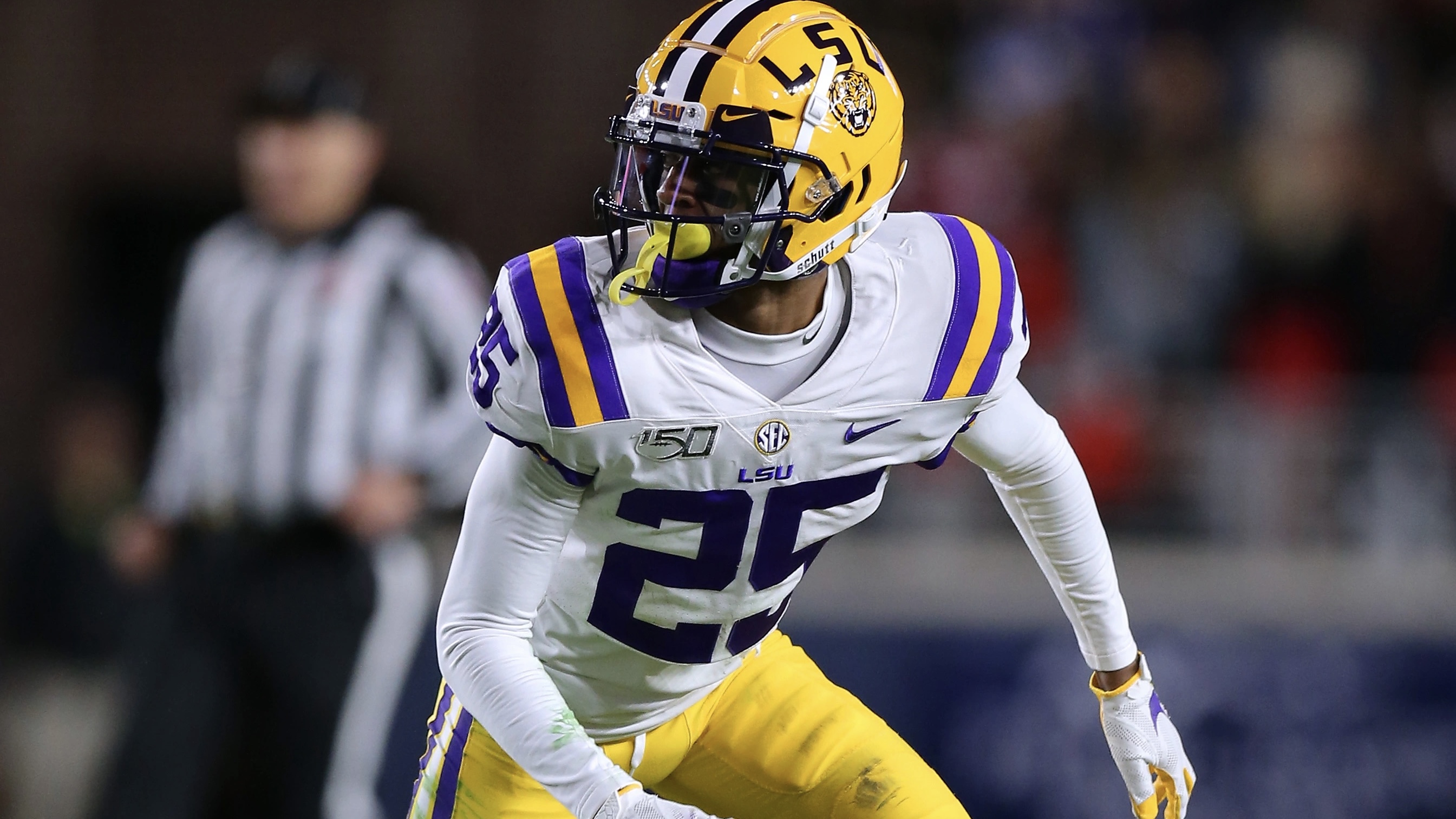 Cor’Dale Flott excelled as a slot corner during his time at LSU. He is a long-lanky player who could benefit to put a few pounds on to his 6’1” 170lb frame.

If Flott is able to add muscle and some more strength into his game, he could be a great fit as an outside corner in new DC Don “Wink” Martindale’s heavy press-man scheme. 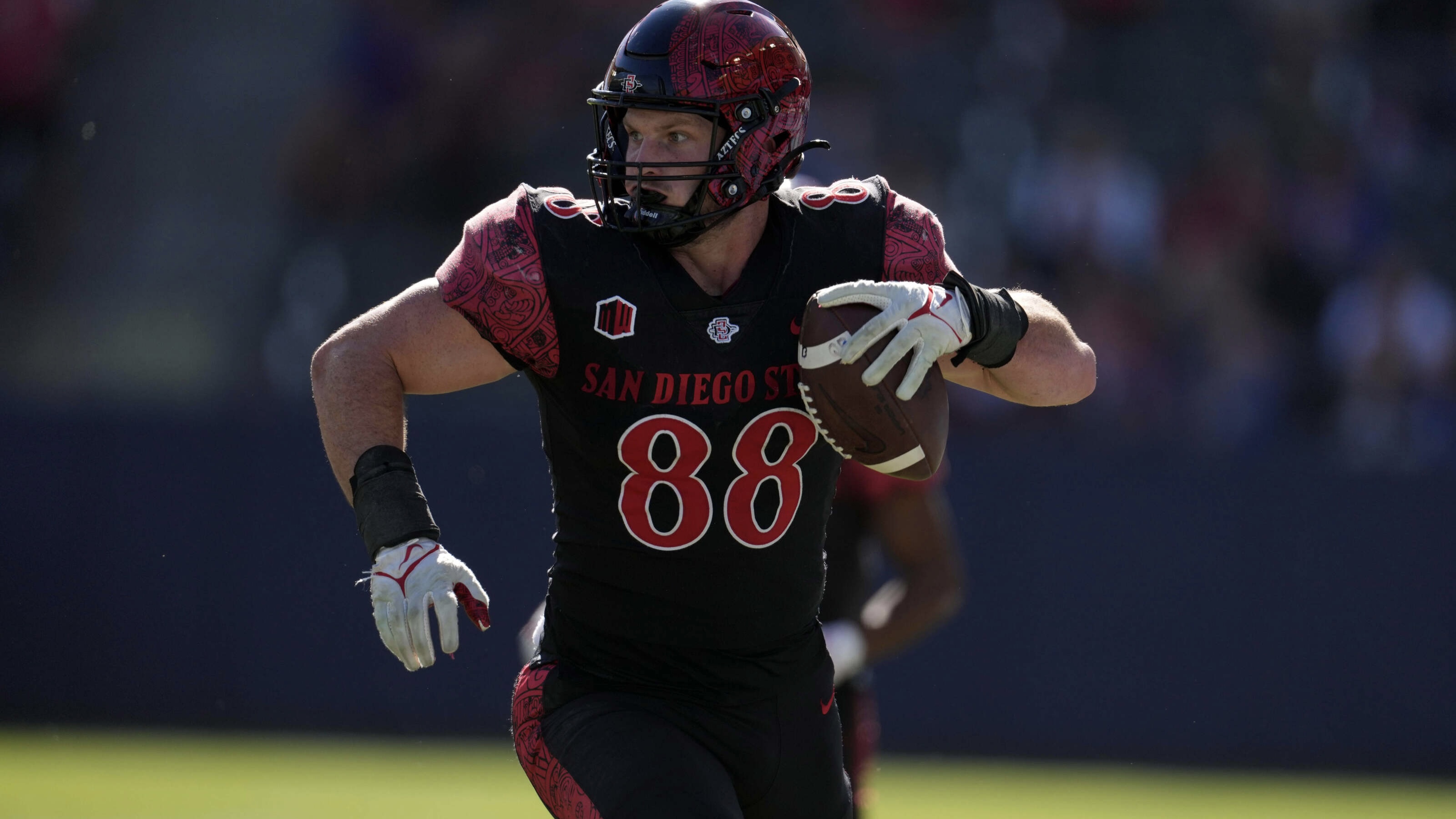 Daniel Bellinger was underutilized as a receiving option during his time at San Diego State University. He only received 43 targets in 2021, hauling in 31 of those for 353 yards and 2 touchdowns.

Bellinger is known for his outstanding run-blocking ability, which was a team need in the tight end room. He is also sneakily athletic for a 6’6” 255lb TE, so he could turn into a solid weapon for the Giants in the passing game. 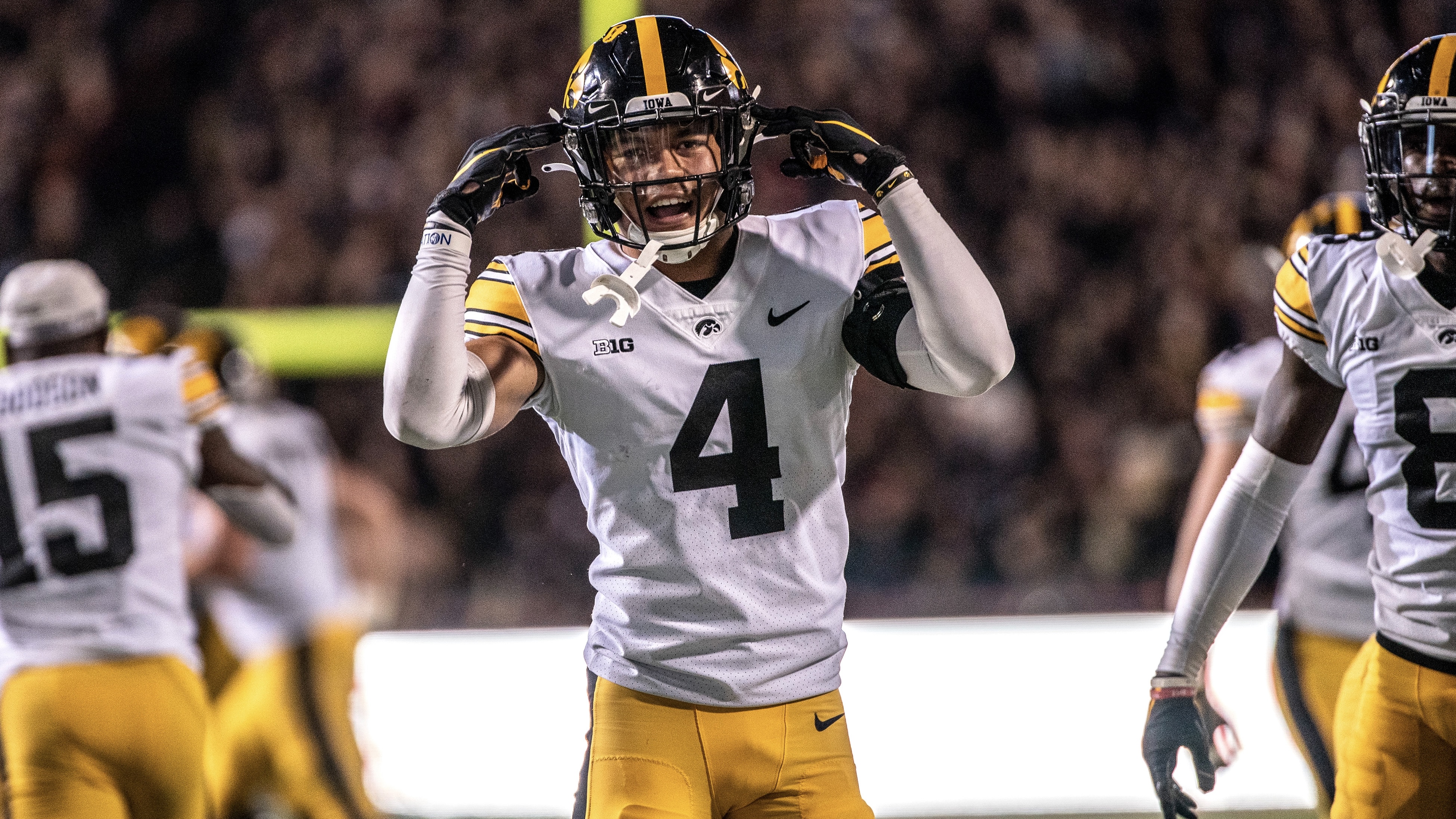 Dane Belton is a perfect scheme fit for Don “Wink” Martindale’s defense that thrives on players being able to fit into multiple roles.

Belton lined up all over the field for Iowa in 2021, logging 536 snaps in the slot, 290 snaps in the box, and 57 snaps as the deep safety. He also seemed to have a nose for the ball this past season: 46 tackles, 7 passes defended, and 5 interceptions. 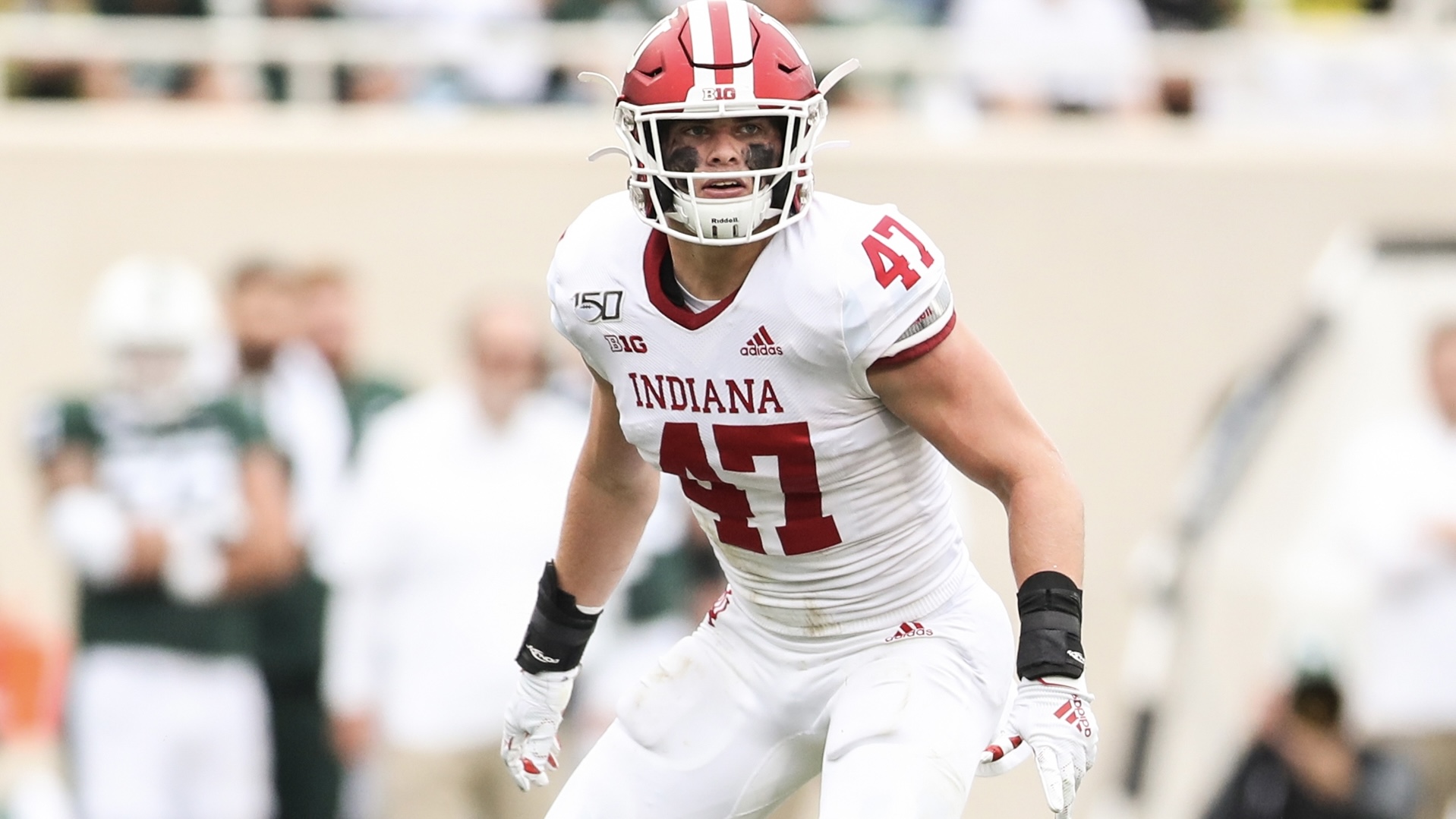 Need blitzing? Look no further than Micah McFadden’s 12.5 sacks over the past two seasons. The former Hoosier is another guy who fits perfectly into Don “Wink” Martindale’s defense that commonly uses the middle linebackers as pass-rushing options.

McFadden will join team captain Blake Martinez in the middle of the defense where he will learn the ropes from a proven NFL tackling machine. 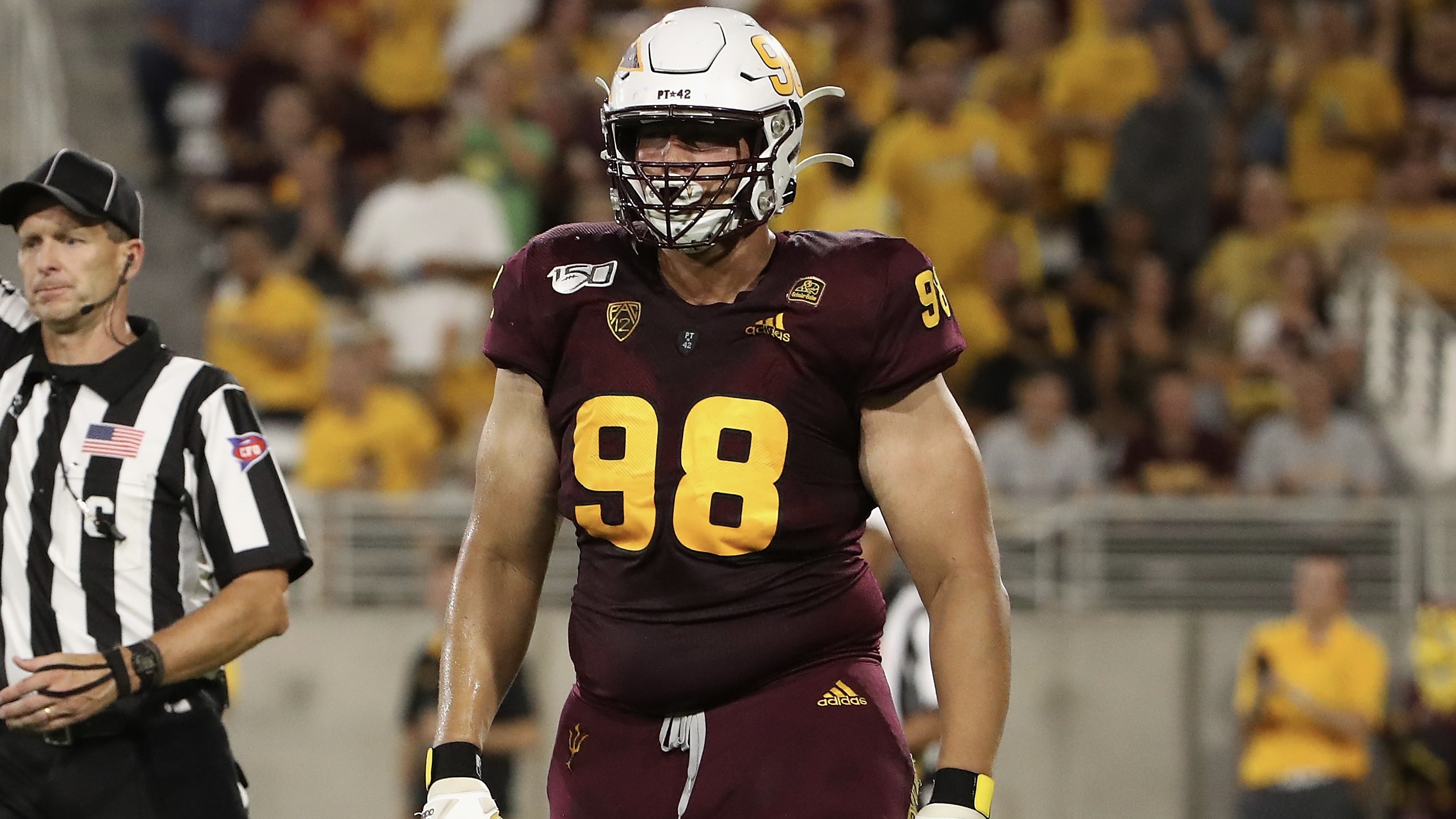 DJ Davidson was not a “sexy” or “glamorous” pick, but he plays at a position of need for the Giants. Davidson is a prototypical run-stuffing nose tackle, standing at 6’5” 325lbs.

He totaled 15.5 tackles for loss and 5 sacks throughout his 34 games at Arizona State University. 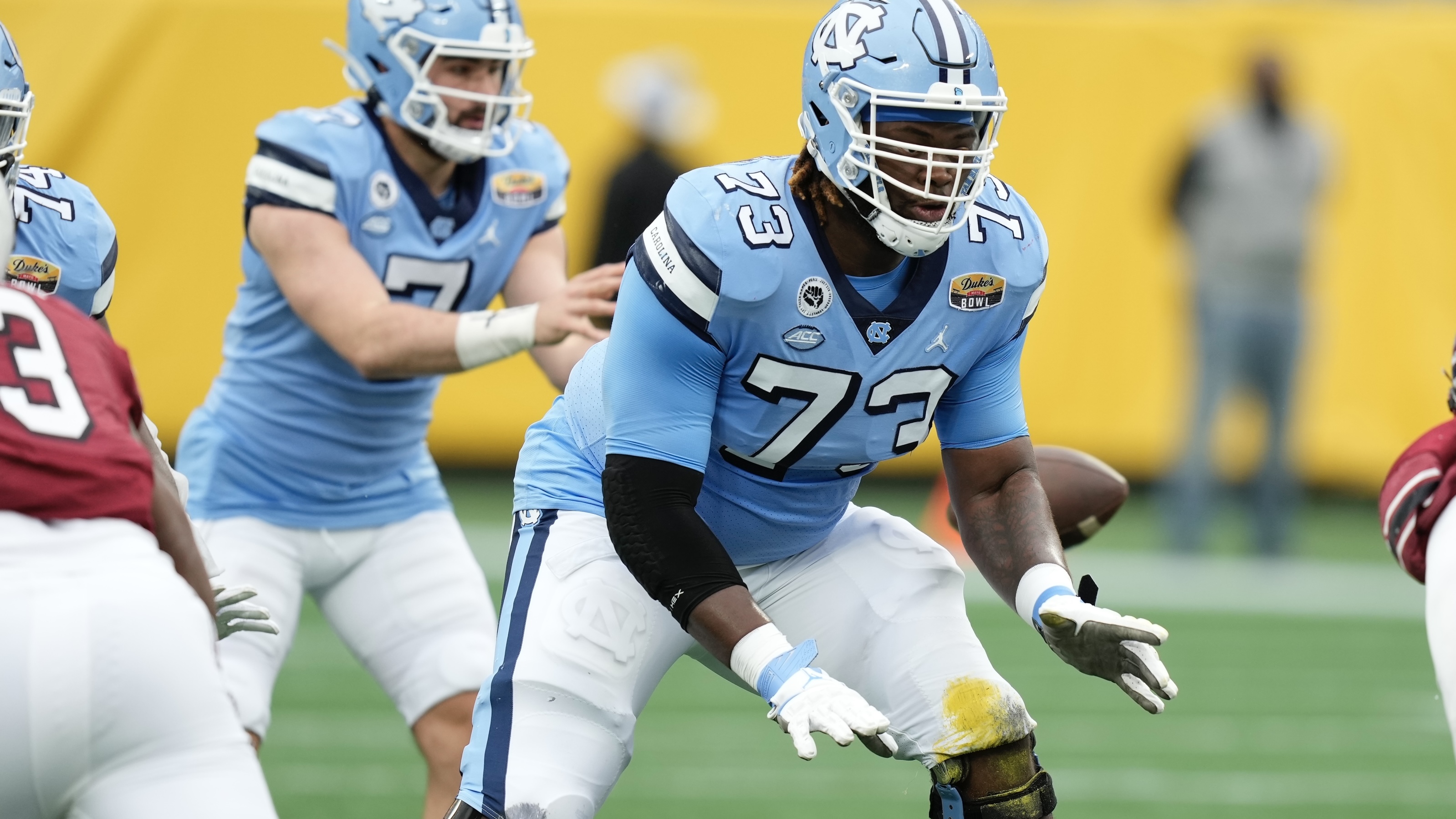 Marcus McKethan gets a reunion with UNC teammate Joshua Ezeudu in the Big Apple.

McKethan is a big mauler of a guard. He is 6’6” 340lbs, however, he does not possess ideal mobility for someone who plays on the interior.

His size makes him a fantastic run blocker, but he can sometimes struggle in pass protection when facing more athletic and agile rushers. 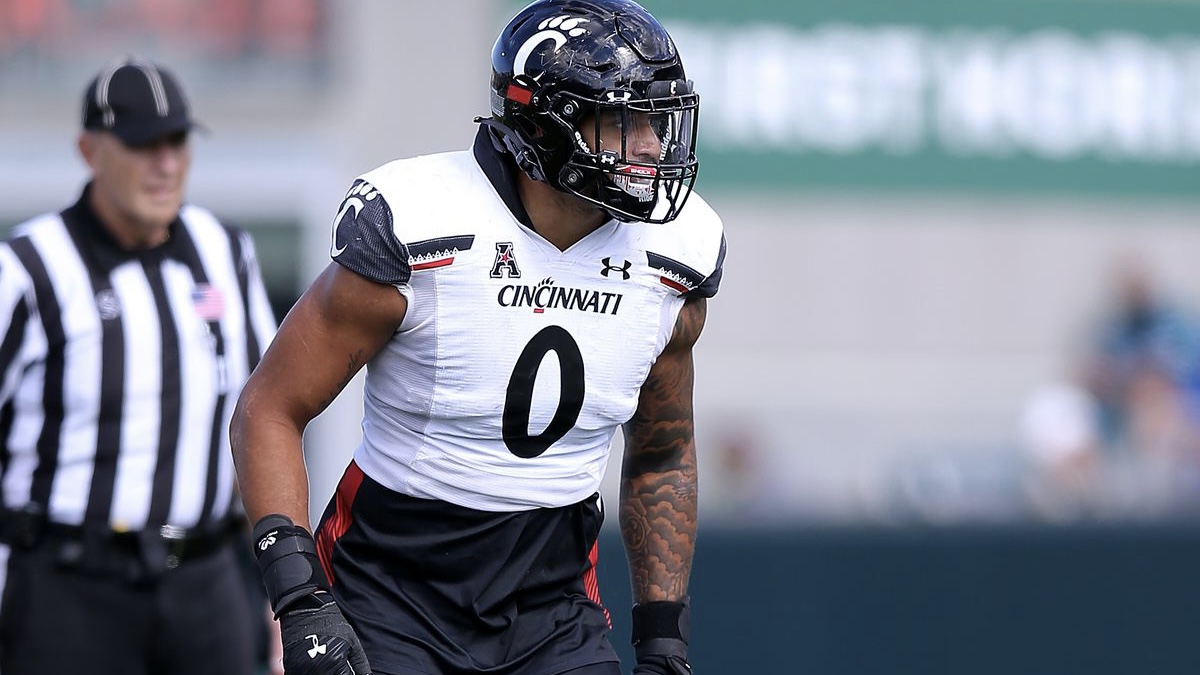 Beavers moved all around the field throughout his college career and racked up 102 tackles, 11.5 tackles for loss, 4.5 sacks, 2 passes defended, 1 interception, and 2 forced fumbles in 2021 alone.

Beavers should find himself a solid role on this defense in year number one and will likely be a key contributor on special teams.

This draft was really about building a foundation for the future, and the Giants did that by adding players at positions where depth is a key factor. The first two picks (Thibodeaux and Neal) were incredible, so if the rest of this 2022 class can play up to their potential, the Giants should be able to turn this ship around in the next couple of years.

This article originally appeared on thesportswave.net