The Titans started off their draft weekend with a bang when they shockingly dealt their star receiver A.J. Brown to the Philadelphia Eagles in exchange for the 18th overall pick, and a mid-round selection. They went on to make 9 selections on the weekend, let’s break them down. 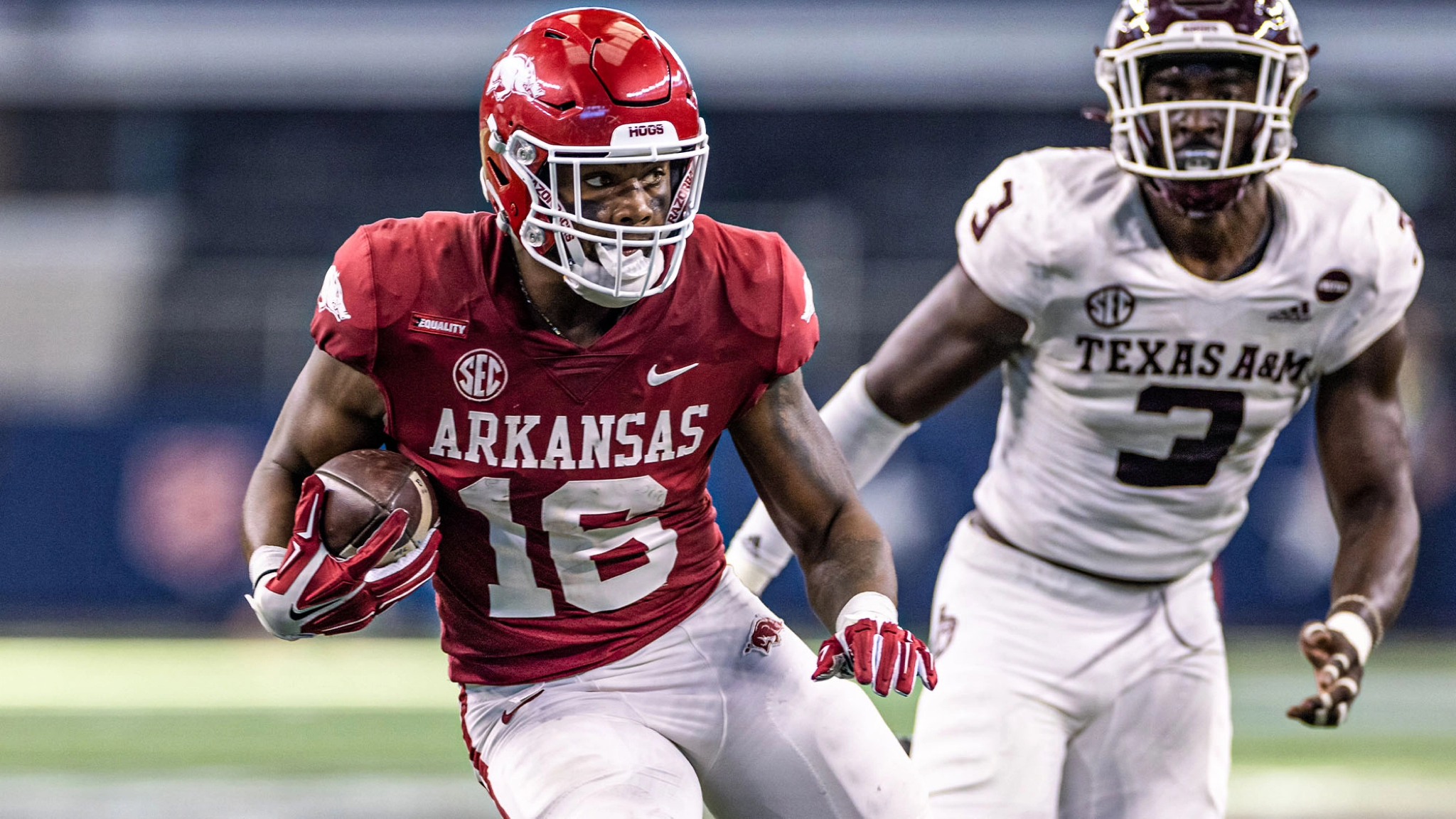 With the selection the Titans got in exchange for A.J. Brown, Jon Robinson and co. selected Treylon Burks, a 6’3, 225-pound receiver out of Arkansas. Throughout his collegiate career, Burks built his reputation as a YAC monster, who often needed multiple tacklers to bring him down, and despite mediocre pre-draft testing, showcased solid athleticism on the field. He displayed great versatility throughout his time as a Razorback, lining up inside, outside, on the wing, and even taking snaps in the backfield.

His hands never proved to be a problem, as he sported a modest career drop rate of 7.4%. Burks often flashed his strong hands while making contested catches downfield. Speaking of downfield, Burks showcased elite ball tracking ability at Arkansas, tracking down deep balls has become a strength for the 22-year-old receiver. He’s still developing as a route runner, but there’s definitely a lot to be excited about here. He has the skillset and potential to be the perfect replacement for A.J. Brown. 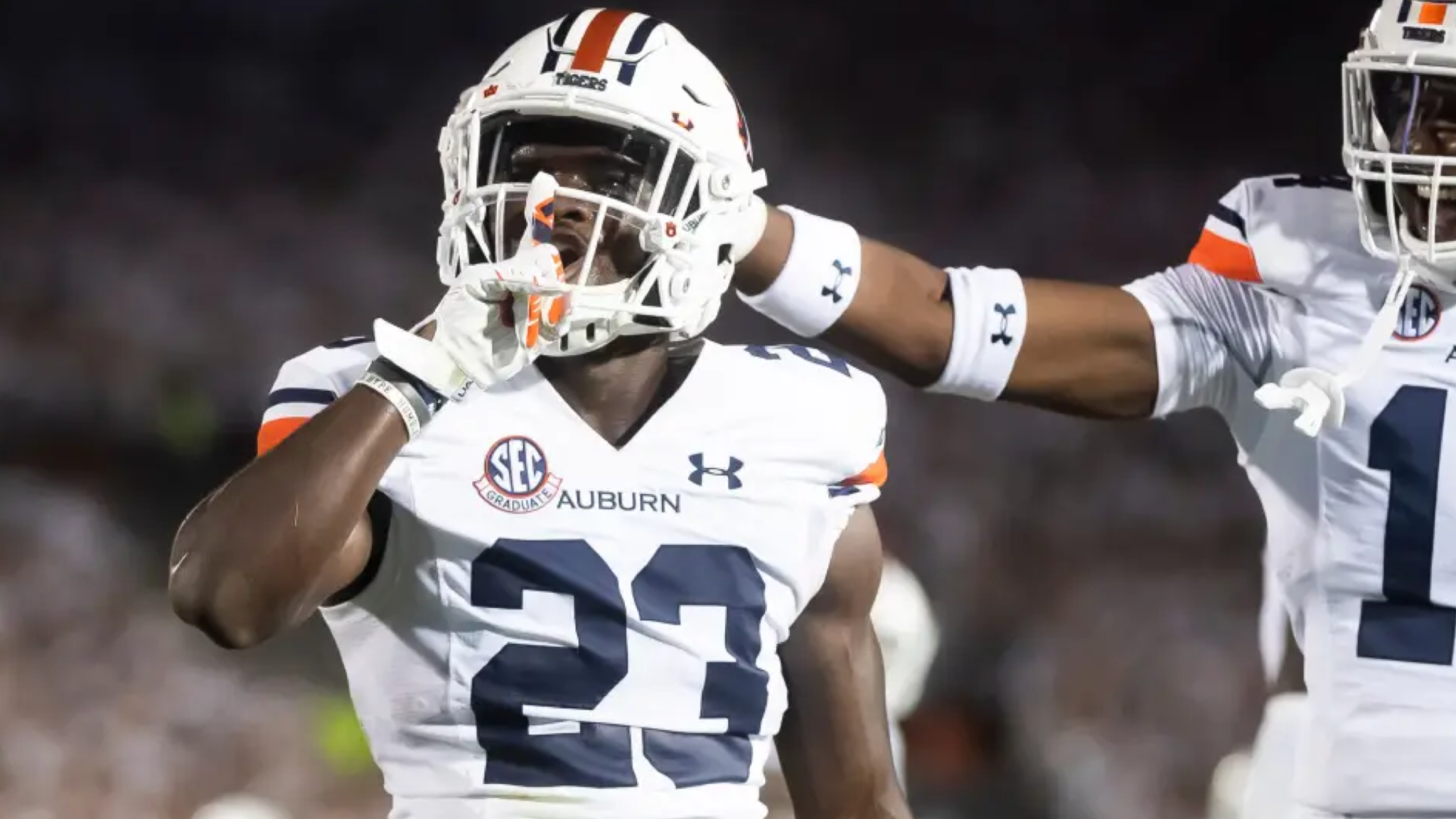 The Titans traded their original first-round selection, pick 26 to the Jets in exchange for a flurry of mid-round picks, including pick 35, which they used to select Roger McCreary, a versatile, battle-tested corner out of Auburn. Throughout his time at Auburn, McCreary faced the best competition in the nation, against the likes of Alabama, and Georgia. McCreary demonstrated nice ball skills, recording 14 PBUs in 2021, 4 of which came in Auburn’s OT thriller vs Alabama. He has really fluid hips, and excels in press-man situations, he played both the boundary and the slot at Auburn. However, many think he will be most successful in the slot at the NFL level, due to his extremely short arms.

McCreary played basically zero zone coverage in college, so he will definitely have to improve there. He’s just average as far as athleticism goes, and it may have been a bit early for the Titans to draft a corner, after investing a 2nd in 2020, and a 1st and 3rd in 2021 on the position. However, the player is definitely a quality one and should be able to contribute right away. 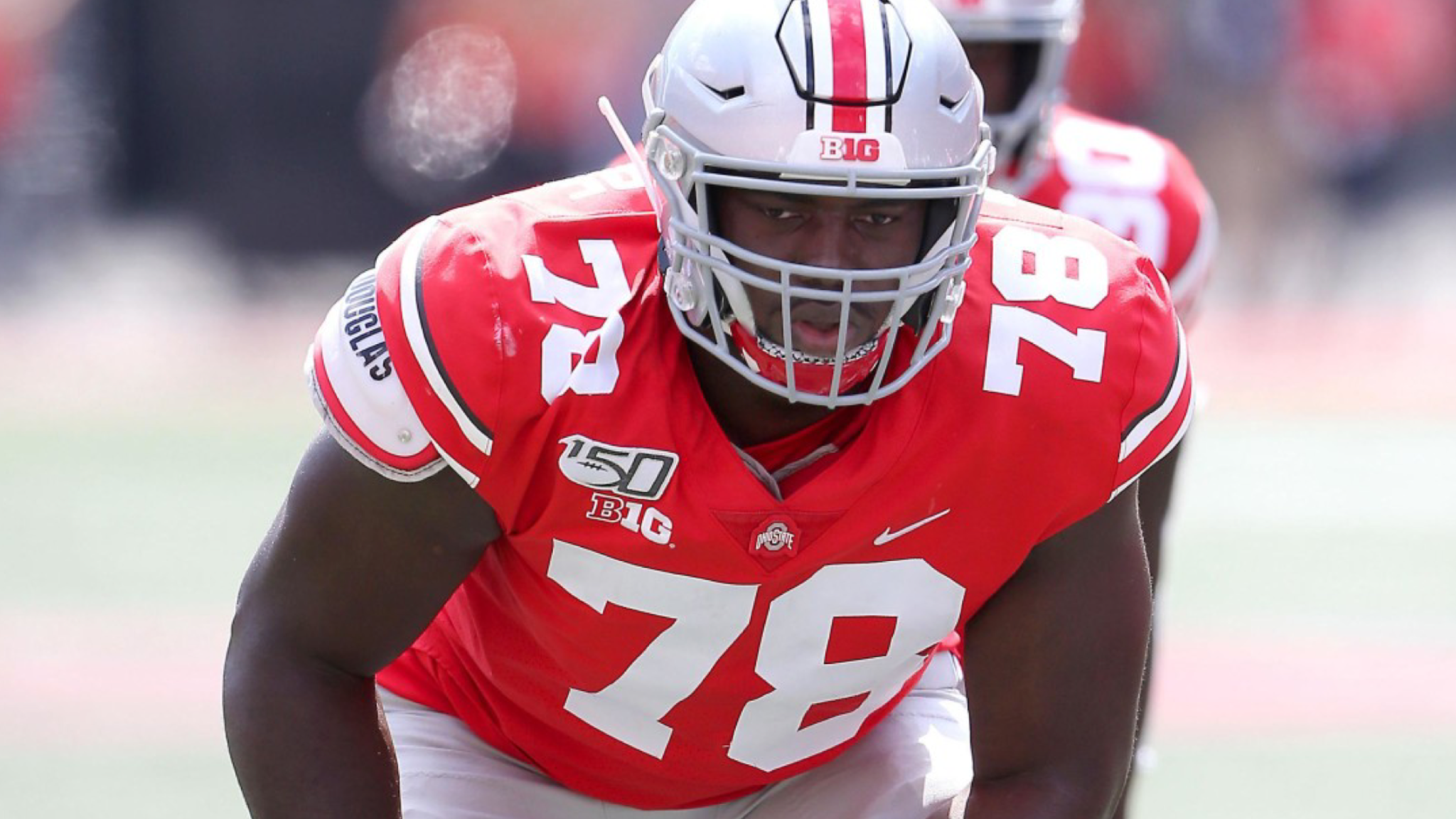 Nick Petit-Frere is a versatile offensive lineman with experience at both tackles spots, though he’s looked much more comfortable on the right side throughout his college career. Petit-Frere excels as a zone blocker, so it makes sense why the Titans took a liking to him. He needs to improve on his play strength and develop a stronger anchor, but the highly recruited Petit-Frere has a lot of untapped potential inside of him, and with the proper coaching Petit-Frere has the ability to be the Titans’ future at the right tackle spot. 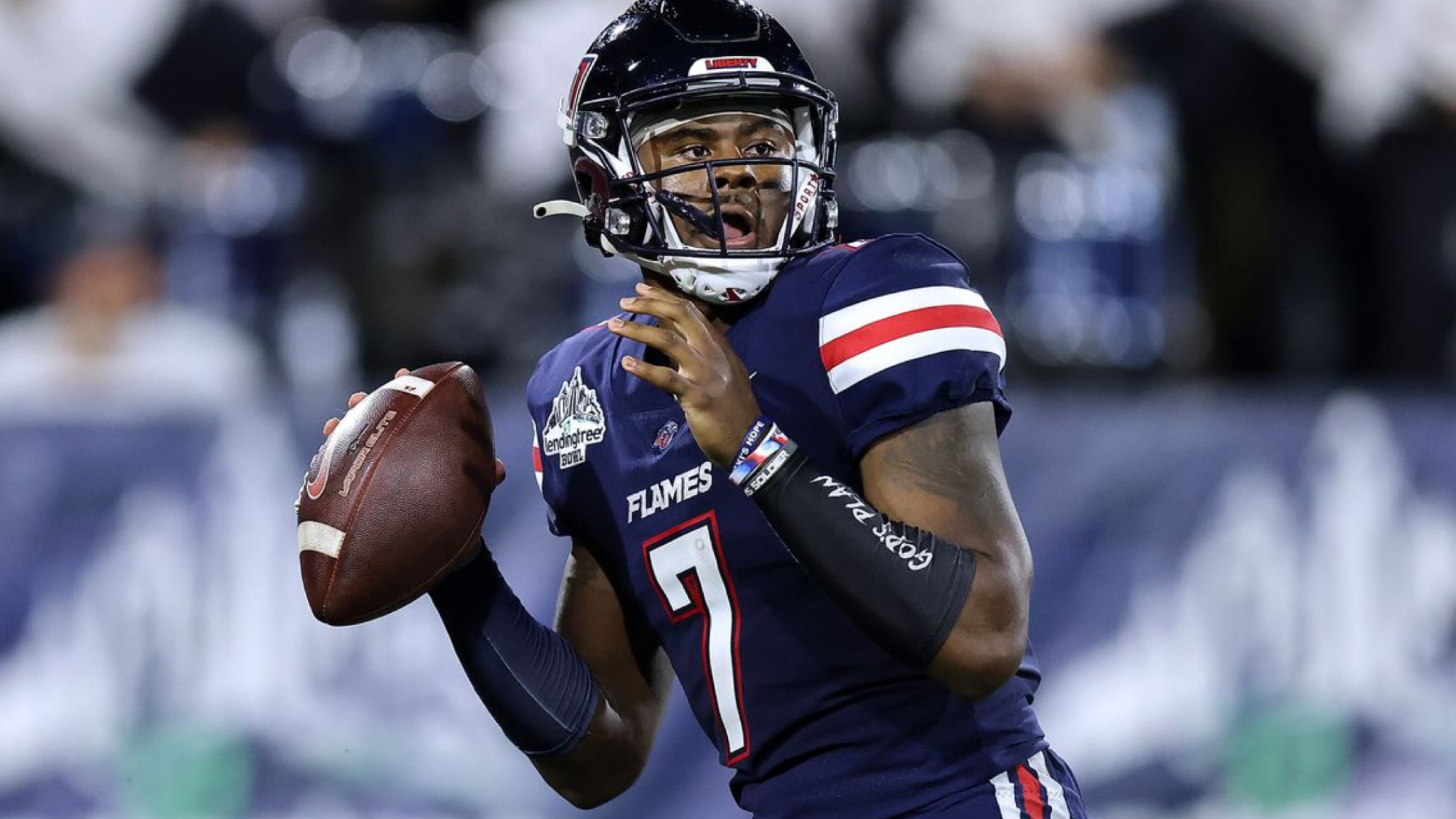 The Titans traded up 4 spots from pick 90 to select Liberty quarterback Malik Willis, 86th overall. Talk about value. Many viewed Willis as a top 10 pick, linking teams like the Panthers and Falcons as potential suitors, but miraculously, Willis fell into the Titans’ lap at the backend of the 3rd round. This pick is all reward, no risk. If Willis hits his ceiling, he has the tools to be an elite quarterback in the NFL. If he doesn’t work out, he was picked 86, not much of a loss there. Willis possesses an absolute cannon of an arm, elite athleticism, and a strong build. He has to work on other areas of his game such as footwork, progressions, and anticipation, but he checks all the boxes of the modern ideal quarterback. If this pick hits, it has the potential to be a franchise changer for Tennessee. 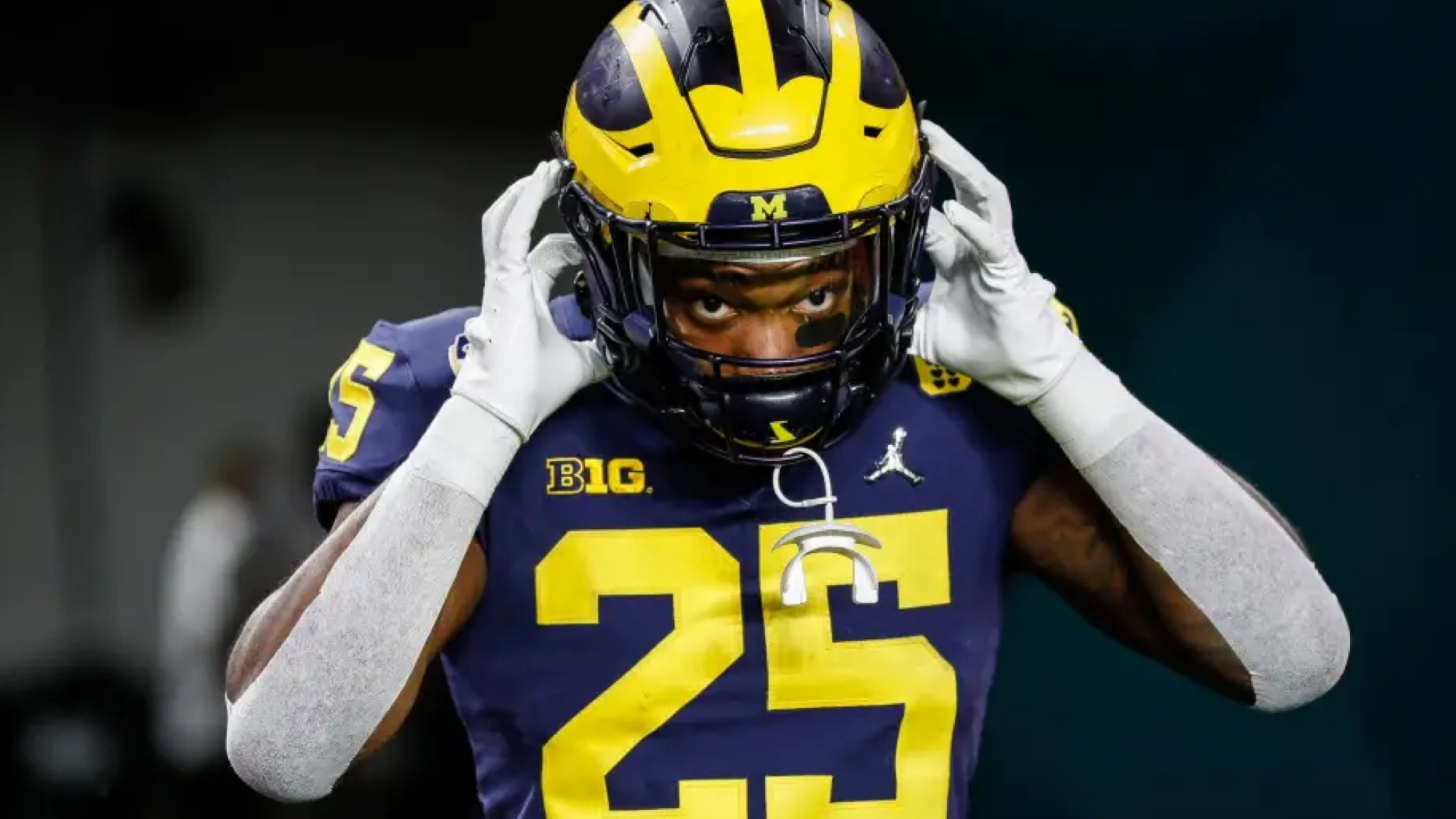 Hassan Haskins fits the mold of everything the Titans covet in running backs. He’s a hard, downhill, physical runner that wears down on defenses as the game progresses. This was evident in Michigan’s game vs Ohio State last year, where Haskins ran all over the Buckeyes to the tune of 169 yards, and 5 touchdowns. It’s quite possible that Haskins’s biggest strength comes in the passing game, however, as Haskins proved to be an elite pass blocker throughout his tenure as a Wolverine, and showed he can be counted on in 3rd and long situations to pick up an extra blitzer. Haskins isn’t the greatest of athletes, and it may have been a bit early for the Titans to go running back, but Haskins should be an immediate effective spell to Derrick Henry, and could even be his heir apparent in the future. 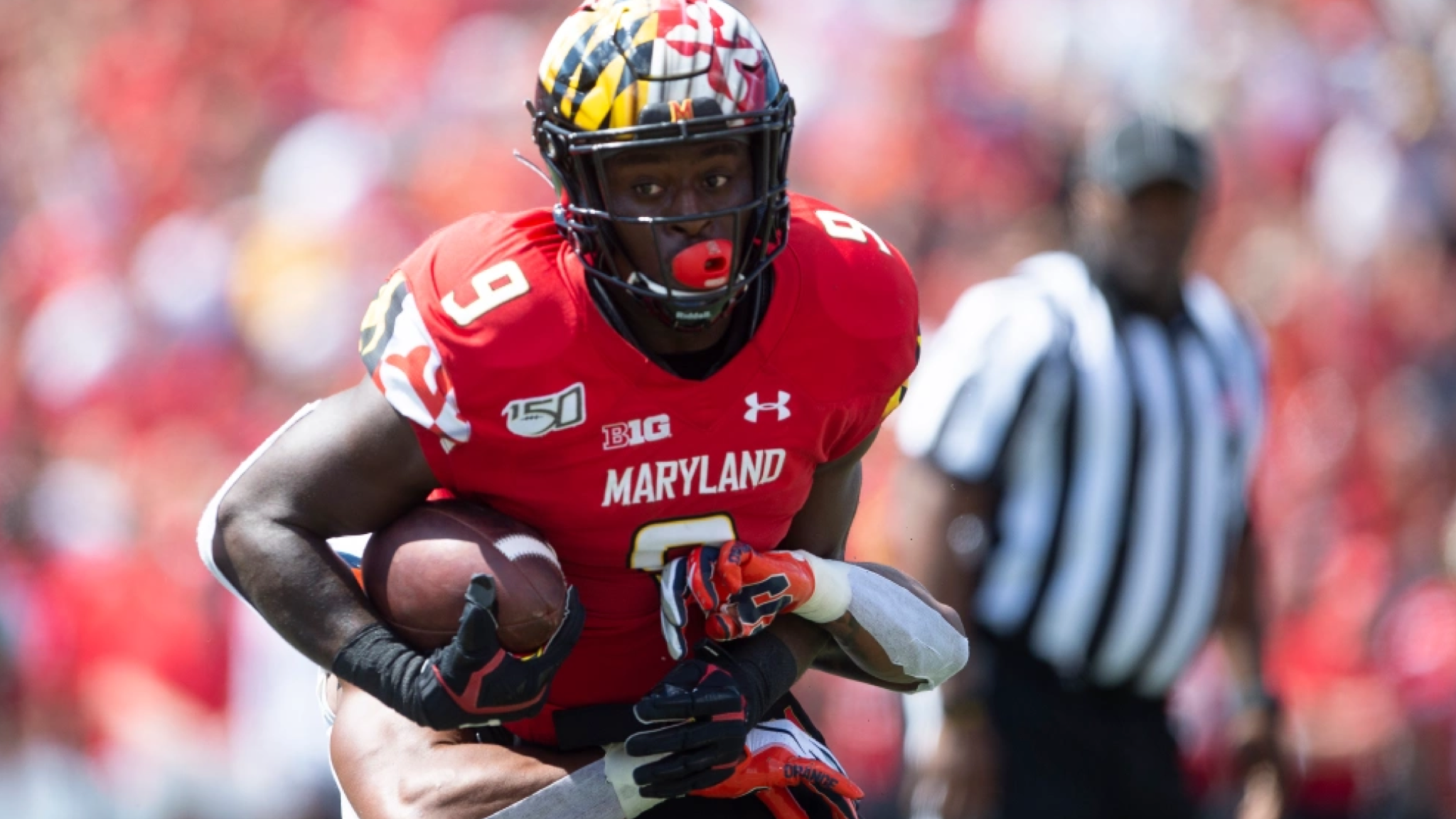 With their 2nd pick in the 4th round, the Titans selected Chig Okonkwo, a freakishly athletic tight end out of Maryland. Okonkwo recorded the fastest time amongst tight ends at this year’s combine, and it shows on tape. He’s dynamic with the ball in his hands and has proven to be a headache to bring down. Okonkwo is not the biggest guy for the position, measuring in at 6’2, 238 LBS, but he’s extremely effective as a blocker considering his aforementioned size. Also, he’s drawn comparisons from many to former Titans to play the position, such as Jonnu Smith and Delanie Walker. If Okonkwo can play a similar role to the previously mentioned Smith and Walker, this has the potential to be a great value pick for Tennessee. 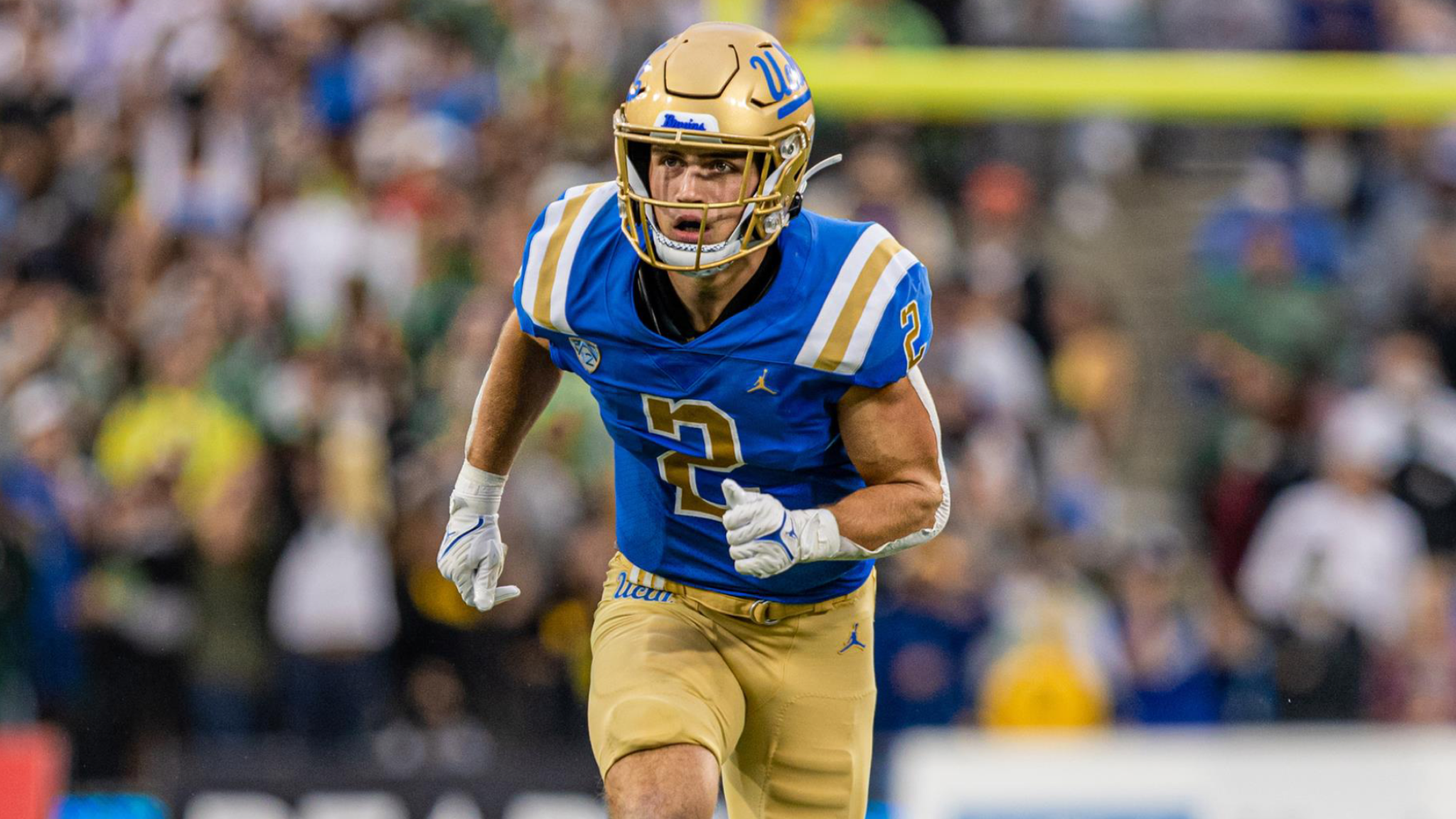 It’s not often you can find a key day 1 contributor late in the 5th round of the NFL Draft, however, the Titans may have very well done that in drafting UCLA receiver Kyle Philips. Philips is a silky smooth, polished route runner, that consistently creates separation from the slot. He’s quicker than he is fast, and isn’t the biggest of receivers, but has proven to be slippery after the catch. Philips showed flashes of being a dynamic punt returner at UCLA, and though his ceiling is limited due to playing exclusively in the slot, Philips has the ability to catch 60-70 balls as a rookie, while filling an important role on special teams, which the team has been lacking. 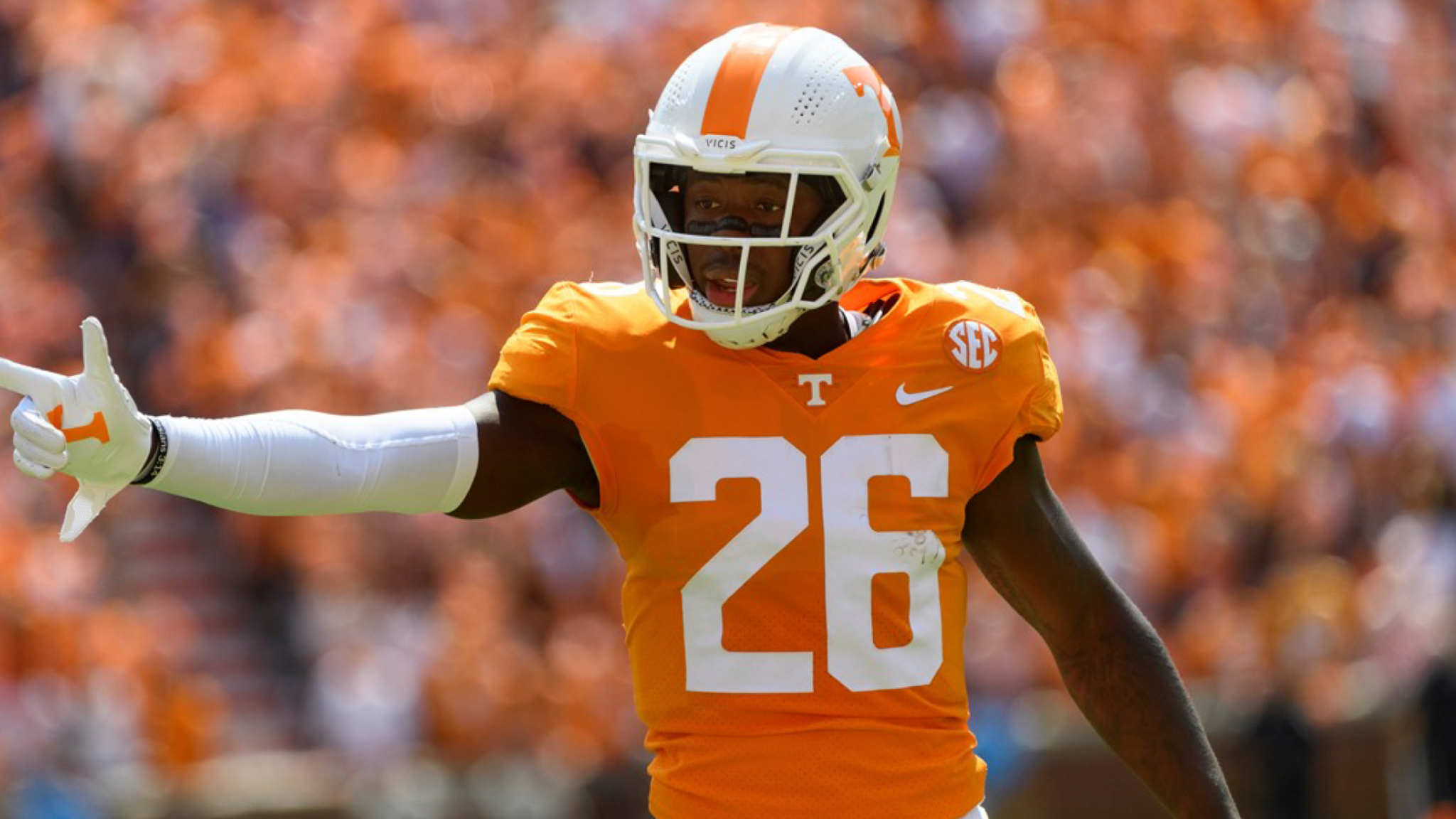 Theo Jackson is a versatile, productive defensive back with experience playing both corner and safety. The Nashville native broke out in his senior season, registering 12 PBUs (2nd among P5 DBs), while being a keystone of the Volunteers secondary along with fellow draftee’ Alontae Taylor. Jackson reads the play well and is physical defending both the run and the pass. He’s succeeded more in zone than man throughout his career and is probably best suited for a safety role at the next level. The Titans likely view him as a special team contributor, while being able to help fill the void left by Dane Cruikshank’s departure on defense. 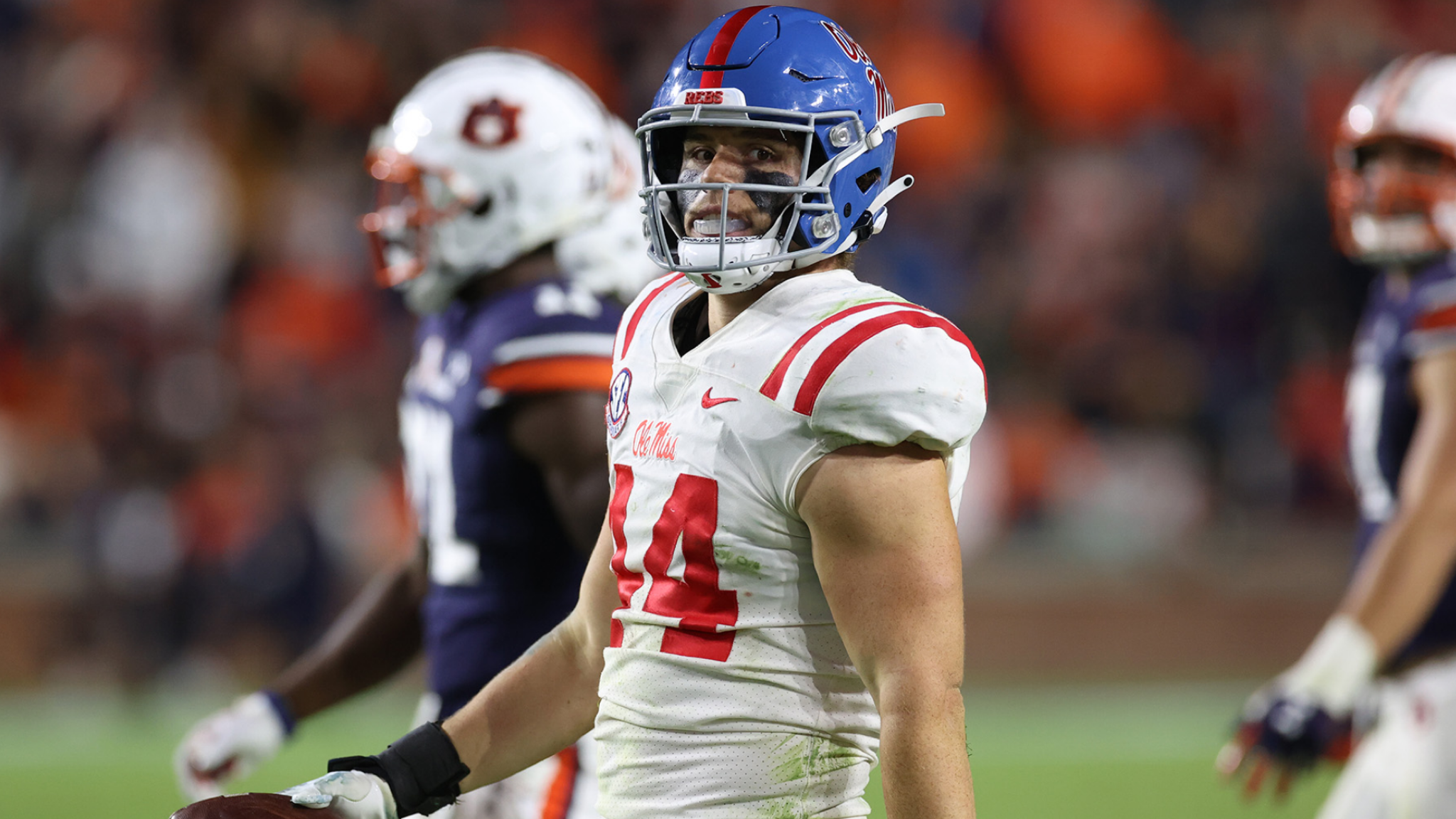 Jon Robinson has had a knack for finding starting-caliber linebackers late in the draft, throughout his tenure as Titans’ General Manager. His most recent attempt comes in the form of Chance Campbell, a secure tackling linebacker out of Ole Miss. Campbell is at his best when defending the run near the line of scrimmage, he reads the play well, and is a natural ball hunter. He tested incredibly in the pre-draft process registering a 9.70 relative athletic score (97th percentile among LBs), and despite not offering much in pass coverage to this point, Campbell can be an effective special teamer and a rotational early-down linebacker early on in his NFL career. Add that to the fact that it’s never a bad idea to gamble on elite athletes in the later stages of the draft, not a bad pick.

Overall, I think the Titans got a really nice haul in this year’s NFL draft, they selected an array of guys with potential to make impacts both now and in the future, pair that with a few exciting undrafted free agent signings, and this has the makings to be a very exciting draft class for the Tennessee Titans organization.