We have been blessed with some insane talent on the cornerback board for the last two years. In 2021, we saw Patrick Surtain and Jaycee Horn in the top ten. Surtain has turned into a top corner with the Denver Broncos. Horn was also on track for a solid rookie year before his unfortunate injury. In 2022, we saw corners go three and four in Derek Stingley and Sauce Gardner. Both project to be very good players on the next level. However, the early look at 2023 has shown that the depth at the corner position may not be as good. Kelee Ringo and Elias Ricks receive a ton of hype, but Ricks is slightly overrated and Ringo has had trouble at certain points. However, one player that looks as advertised is Joey Porter Jr. 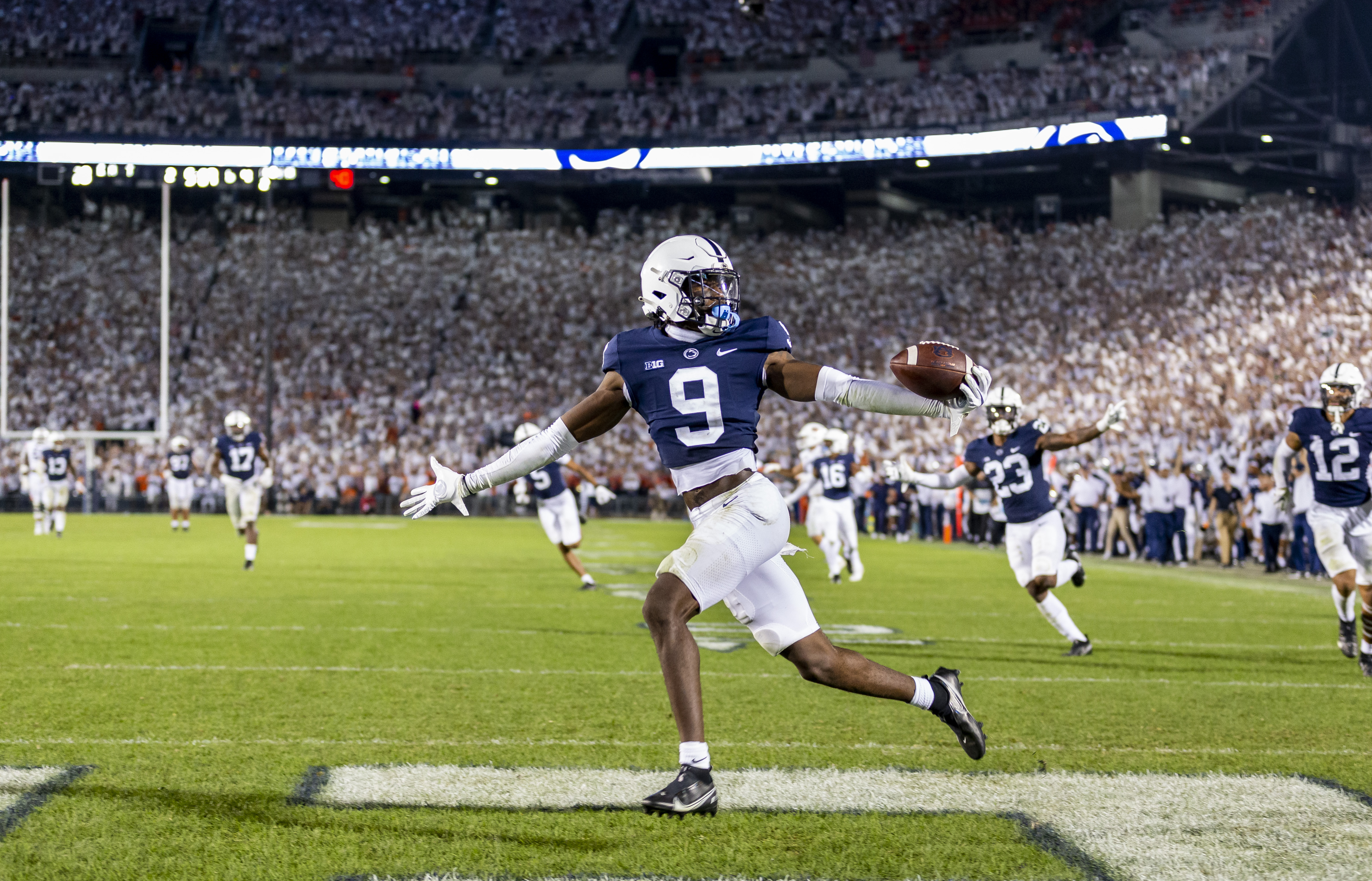 We saw a tall, long-press coverage corner in Sauce Gardner go at fourth overall in the draft. While Joey Porter Jr. may not go as high, he is certainly another ‘Sauce Gardner’ type of player who I am a huge fan of. What initially put him on my radar was his performance while watching the Ohio State receivers Garrett Wilson and Chris Olave. He put clamps on both of them and made it a challenge for either to get targets when he was in coverage.

As I said, Porter at 6’2’’ is tall and very lengthy. His arms are the center point of his game and he is able to use them efficiently to jam receivers at the line or swipe a ball down. He has the potential to be an elite coverage corner. He is experienced in both man and zone coverage.

While he is better in man, I do want to touch on his zone coverage ability. I love the way Porter is able to pass off assignments and stay aware of his zone. However, he is the best in man. He has the athleticism to stick with receivers and is also able to use his hands to play physically and keep up with receivers throughout their routes. I love his instincts. Porter sees things super quickly and is able to roll with where they go. He tracks the ball well and finds the ball carrier easily to make a play if he has to.

In coverage, you see him consistently get his head around to locate the football and work to make a play on it. Although I would like to see more interceptions, his pass breakup percentage is insane. He is patient when receivers run routes and is able to use his elite athleticism and change of direction ability to mirror routes. I also love that despite his slimmer frame, Porter is not afraid to come up and make a play in the run. He is aggressive and able to make stops when he needs to.

Porter seems quite complete. But there are some slight problems in how he goes about playing with specific techniques. At the release point, Porter does a great job of getting hands-on. However, I need to see him move his feet as well so that when the receiver gets into their stem, Porter does not fall behind.

I also don’t love how grabby he ends up getting because of this. A lot of pass interference calls could be a problem with him. I also would like to see him gain a bit of weight. He is quite literally skin and bones and I get worried about that. Overall, Joey Porter Jr. is a very talented player. I think if he is able to improve technique-wise, he can get to the level of the Stingley, Gardner, Surtain, or Horn’s of the world.

But can he edge out the rest of the 2023 corners to become CB1? Ringo should be pretty solid taking over as CB1 in Athens this fall. I wouldn’t consider Elias Ricks in the conversation for CB1 despite how much hype he seems to get. Otherwise, the class seems to fall off. But if players like South Carolina’s Cam Smith, Utah’s Clark Phillips II, or North Carolina’s Tony Grimes are able to break out, they could also enter that upper echelon of the 2023 cornerback class. For now, though, Joey Porter Jr. to me is CB1.