The Raiders came into this draft needing a receiver, and they had their pick of the bunch at #12. Even after signing Nelson Agholor in free agency, the Raiders still required a WR1 for the 2020 season, but they had shown that speed was their priority. Las Vegas got just that in the first round.

Many had speculated that GM Mike Mayock’s favourite receiver, CeeDee Lamb from Oklahoma, would be the first off the board. Instead, Las Vegas took Jon Gruden’s favorite: Henry Ruggs III, WR, Alabama.

It is difficult at first to see why they would take Ruggs over other available players. After all, the Raiders already have a vertical threat in Tyrell Williams. But Ruggs’ speed is just one of his attributes that makes him a first-round talent and a likely stud in the pros. He is a fantastic route runner and this ability, paired with his speed, allows him to reach the top of his route quicker than most receivers I’ve observed.

This alone will make him an instant threat in the NFL, as it fits right in with Gruden’s quick passing West Coast offense. He will also be aided by his great vision and ability to gain yards after the catch. Considering all these factors, Ruggs seems like a perfect fit for the Raiders offense.

The Raiders taking Arnette at #19, making him just the 3rd corner off the board behind Ohio State teammate Jeff Okudah and Florida’s CJ Henderson might have been one of the biggest surprises of Day 1, had it not been for Jordan Love stealing the limelight. The pick is questionable, as it is anytime a mid-round prospect goes in the first. Still on the board were players such as Kristian Fulton, Jaylon Johnson and Trevon Diggs, yet the Raiders were set on Arnette.

But while Arnette may not be as spectacular a player as these other prospects, he certainly fulfils his role well. Playing in Okudah’s shadow, Arnette was targeted more often by the opposition, yet managed to hold his own. The Ohio State Buckeye only picked up one interception in 2019, which he returned for six – and yet he still finished the season with more touchdowns scored than conceded. The Raiders have signed some big defensive players in free agency, and Arnette may very well be the corner that this team was missing. 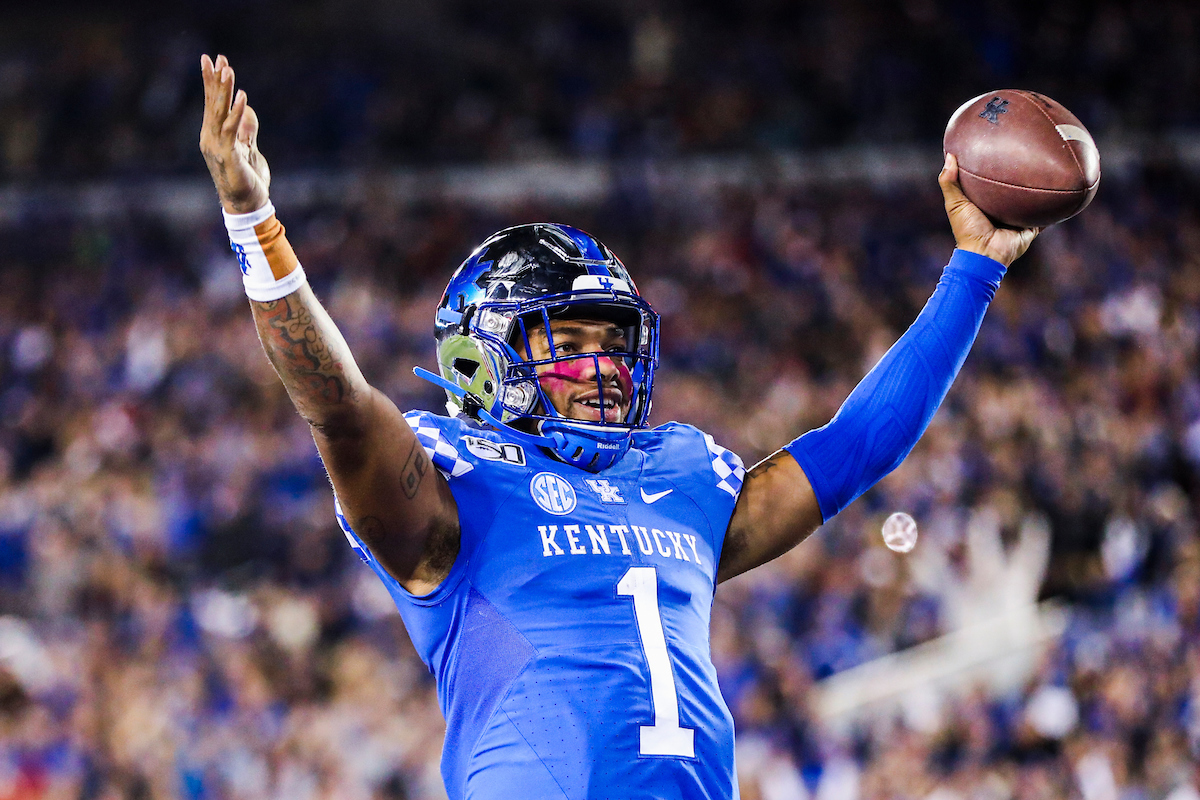 There is no doubt that Lynn Bowden is a great athlete. A real swiss-army knife player with Taysom Hill potential. But this pick might be even more questionable than Arnette in the first, since the Raiders have pretty much all the depth they need at receiver (especially with the following pick) and the need for a running back is not nearly as urgent as are other needs. While I am confident he will do good things at either position and prove to be an asset to the Raiders’ offense, Vegas may have been better off getting an offensive lineman here.

Edwards is perhaps the Raiders’ best pick of the draft, and one of the biggest steals overall. A big, physical receiver with great hands makes Edwards not only a red-zone threat for the Raiders, but also a great contrast to their 1st-round speedster. Again, the availability and needs at other positions come into play, but provided that Edwards proves to be fully recovered from his foot injury, it is likely that the Raiders will have both rookies starting at receiver by week 8.

Tanner Muse joins the Raiders as just one of many former Clemson Tigers in their team, having been drafted with the 100th overall pick. Muse showed great versatility at Clemson and could be used as a safety or a linebacker in the future, as he possesses good athleticism and size – but most importantly the mental toughness and can-do attitude to tackle either duty (which is likely what made Mayock and Gruden so keen).

However, this pick gets a C- grade, because once again, the linebacker and safety positions should not have been prioritized by the Raiders, having added the likes of Nick Kwiatkowski, Cory Littleton and Damarious Randall in free agency.  By the 4th round, the needs of a defensive or offensive lineman still remained unaddressed.

Back-to-back Clemson Tigers for the Raiders. Simpson adds much-needed depth to the Raiders O-line, which in terms of starters, is a strong offensive unit. Raiders’ guards Richie Incognito and Gabe Jackson are not likely to be benched anytime soon after Mayock made it clear that reports of Jackson being shopped were false.

However, Incognito is 36 years old and retirement has got to be on the cards after his 2-year contract extension ends. With John Simpson expected to be a starter within two years, this seems like some elite forward thinking from the Raiders coaching staff and makes it one pick for the Raiders that makes clear sense. 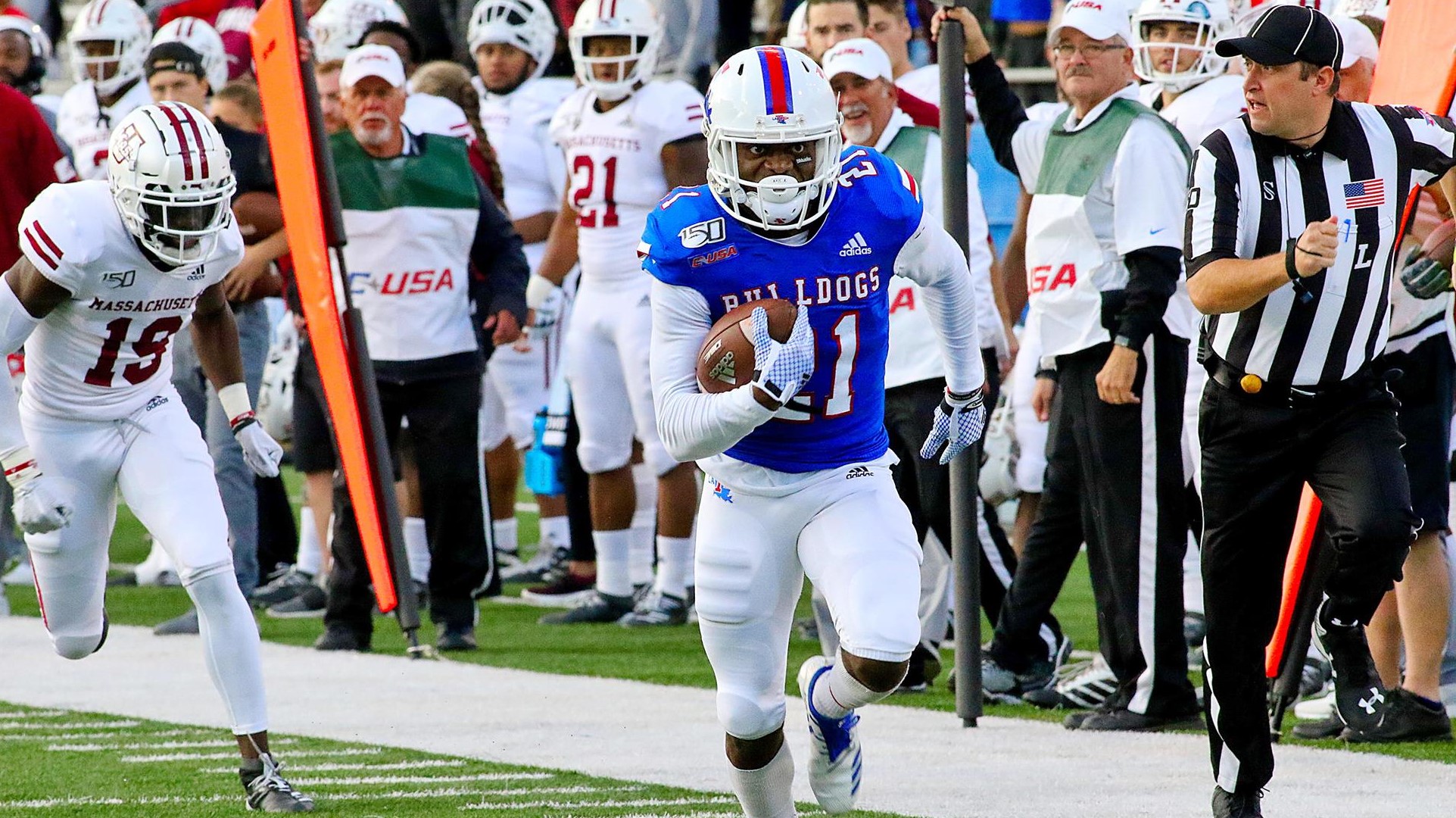 Amik Robertson is just the corner that the Raiders needed to complement their 1st-round draft choice. Standing at just 5 feet-8 inches, Robertson does not have the measurables of other players on the board, but he is a speedy corner that will be able to take on the faster players in the league, such as the Chiefs’ Tyreek Hill.

Robertson also fills the need for a ball-hawk type player, the Raiders finished up with just 9 interceptions (4th least) last season, while Amik was responsible for 5 in his final year with LA Tech alone. Time will tell if the Raiders have finally managed to fix their faulty secondary, no longer letting it hold them back.

After this draft, one thing is for sure – the Raiders no longer have room for excuses. With two talented rookie receivers, a back-up running back, and a fine addition to the O-line, the Raiders must be expected to do big things on offense in 2020. Add to that a fixed secondary in addition to the changes made at linebacker in free agency, and the Raiders look like a well-rounded team. There should be no carrying of the defense in Vegas, despite the neglect of the need at nose tackle in this year’s draft. If Derek Carr cannot deliver now, then the Raiders may well be taking a quarterback in 2021.