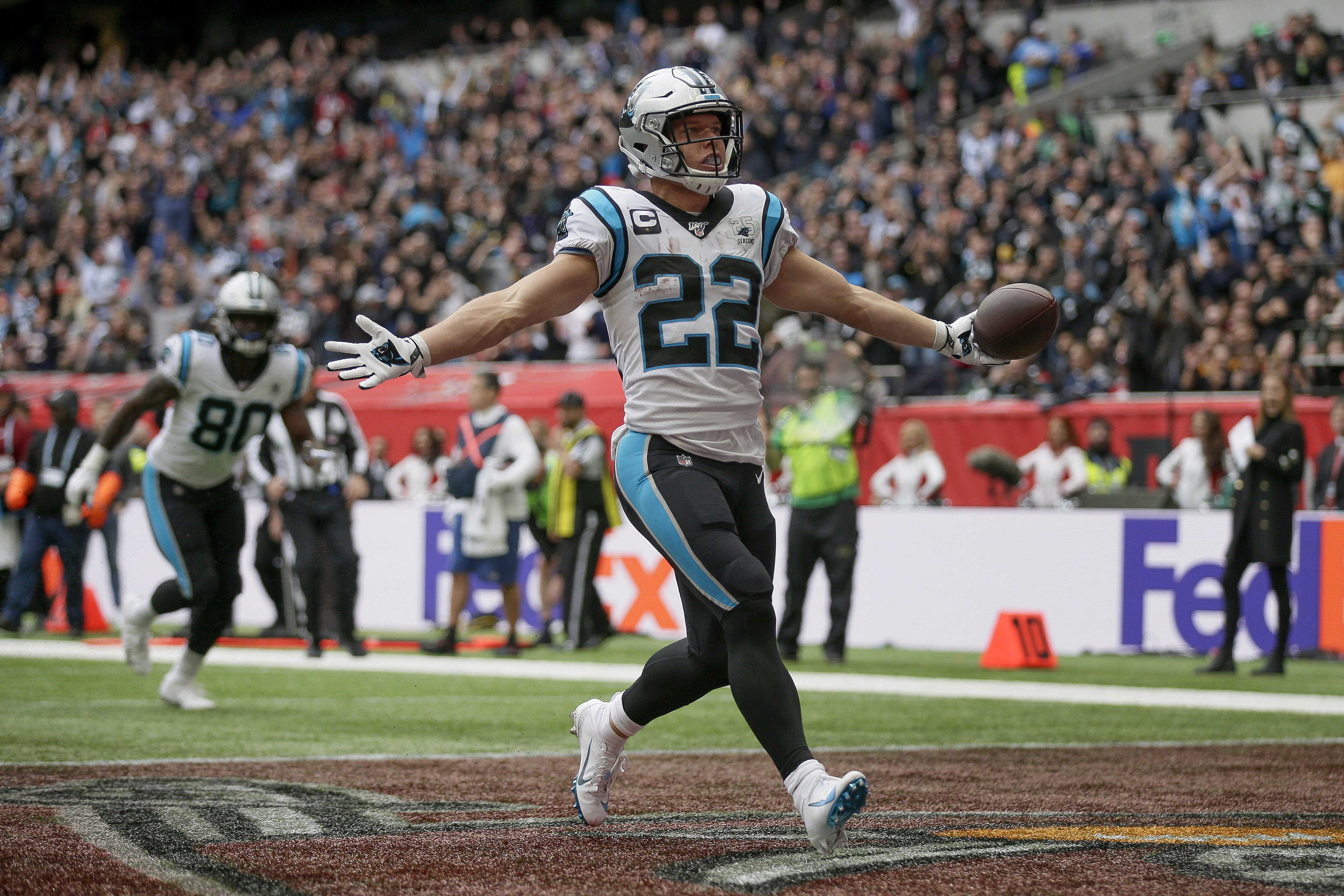 The first game in Las Vegas Raiders history will be a nail-biter. Panthers HC Matt Rhule will be coaching his first professional game, so there may well be some inconsistencies that will need straightening out. Plus, Bridgewater will likely be quarterbacking this game after sitting behind Drew Brees for a season, and the strong Raiders’ defensive line – along with the additions of Cory Littleton and Nick Kwiatkowski at linebacker– should mitigate the damage done by Christian McCaffrey. It all comes down to whether that Raiders’ offense can kick in early, and I am optimistic that it will.

Having had their game debut in week 1, the Las Vegas Raiders will play their first home game at Allegiant Stadium in week 2. The Saints have a good chance of upsetting the home fans in this much-anticipated game, but being the first in Vegas, the Raiders will not want to disappoint. Both teams are expected to have strong passing games in the 2020 season, and the Saints’ defense appears better equipped to handle such offenses. Still, do not put it past Carr to pull off some 4th quarter antics, and fully expect these two to come to blows as they did in their 2017 meeting (in which the Raiders were victorious, 35-34).

For the past decade, losses have seemed certain when playing away to the Patriots. However, without Tom Brady, an inexperienced Jarrett Stidham takes the helm of a rather mediocre offense. Stephon Gilmore, Devin McCourty, and the like will handle the receivers, but with the losses of players such as Kyle Van Noy and Jamie Collins, the Patriots appear exposed and vulnerable to Josh Jacobs in the run game. It will not be a walkover, and Belichick is sure to have a few old tricks up his sleeve, but the Raiders have the potential to come out of Foxborough with a 3-0 record. 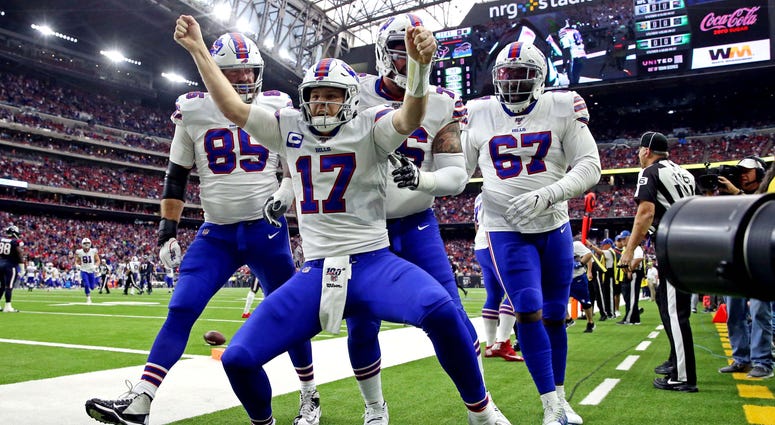 As with Carr, Josh Allen also has great offensive weapons to make use of, with elite wide receiver Stefon Diggs joining John Brown in the receiving core, along with young talent Devin Singletary likely to be more involved in 2020. The Bills may prove too much to handle for the Raiders’ defense, despite the new additions having been tested greatly within the first couple of games. I simply do not think that the Raiders will have the stamina to reach 4-0 and have them falling to Buffalo in Week 4.

Coming off a Super Bowl victory, the Chiefs are headed into 2020 full steam with a second consecutive championship on their minds. The moves Gruden has made this off-season make it clear that he is building Vegas to compete with the likes of the Chiefs, but the Raiders will need a miracle to win in Arrowhead any time soon. The offense never gets going, and they get steamrolled in Week 5.

I am not fully sold on the Buccaneers. After all, who knows how Brady will fare without Belichick? Will Gronkowski recover from his year away? A lot is up for debate. The Raiders’ offense should put up points against a mediocre defensive unit, and expect Crosby, Ferrell, and Nassib to give hell to the Tampa linemen. That said, the Raiders’ young secondary will lose this game for them as usual, as they are tasked with covering the best receiver duo in the league.

The Browns and the Raiders have one thing in common, and unfortunately that thing is underachieving. Either that or over-ambitious fans. In 2020, however, these franchises do stand a real chance at making playoffs. With the Raiders’ newly acquired speedsters and the Browns’ revamped line, the offenses will make this a high scoring one. Both teams will give up big plays on defense, but ultimately the home team gets the edge, and the Raiders take a 4th straight loss.

The first of 3 consecutive divisional games will come in Week 9 against Los Angeles, so Vegas will be hoping for a win to give them what they need to see this trio of rivalries through.  It never is easy playing away in these games, and the Chargers have a lot of hype surrounding them, considering their many big-name talents at positions on either side of the ball. While it is unknown whether Taylor or Herbert will be starting, the Chargers’ flawed o-line will allow the Raiders to panic either of them, and their offense struggles in this game. Carr and co. capitalize. 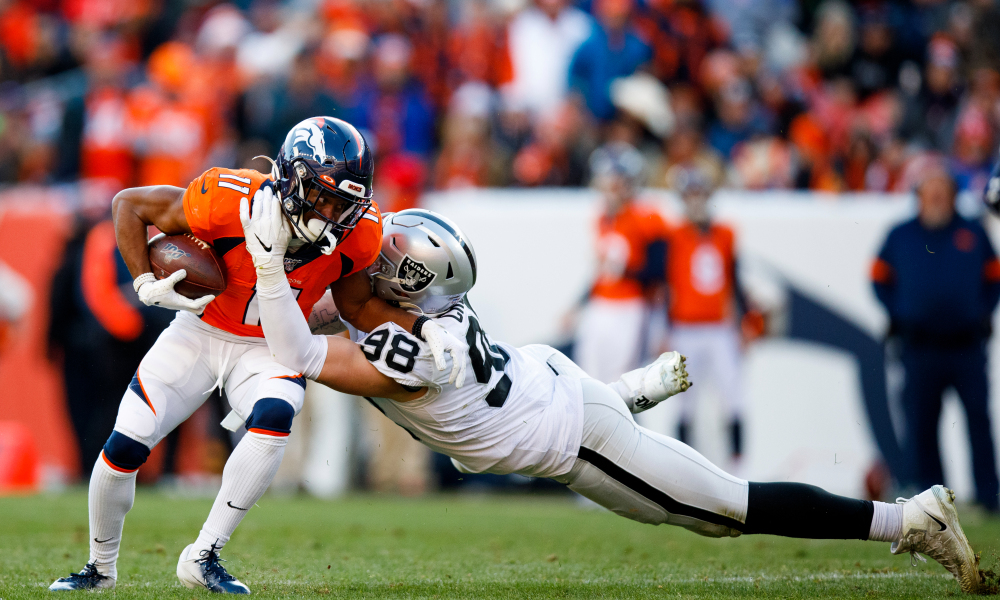 The Broncos and Raiders were active in the offseason. The Broncos won in the draft, and the Raiders had the better free agency signings. The Raiders might not have quite the same level of talent at receiver, but the o-line will give Carr the time he needs to create big plays, and the defensive line will again prove disruptive. Overall, this is a fairly even matchup without a whole lot in it, but again the Raiders will edge this one, with their biggest talents putting in a shift against Denver.

As improved as the Raiders appear entering 2020, I don’t see any chance of them managing a win in this series against the Chiefs. Kansas City enters the 2020 season stronger than before and if any teams can topple them, it will not be Vegas. Maybe Gruden makes magic happen, but the odds aren’t in his favor.

Another team stacked with offensive talent; the Falcons will give the Raiders’ young secondary a hard time as long as Matt Ryan can connect with Julio Jones. Gurley may prove a hindrance to the Vegas run defense also. The Raiders’ inexperienced corners repeatedly give up big plays, and what could be an away win for Vegas becomes a high-scoring affair in which the Raiders ultimately fall short.

The Raiders suffered a devastating loss to the Jets in 2019, but 2020 will be a whole different situation. Both teams have improved, but the Jets’ offense will still be coming into its own under Gase. Playing a talented roster up north in the winter is never easy, but Gruden will see that the Raiders are no longer a team which gets complacent, and they will come out on top.

It wouldn’t feel right if the Raiders didn’t face Phillip Rivers at some point in the season, and this matchup against their rivals’ former quarterback will come down to the wire. Each team boasts a talented offense, but their defenses, while better than before, are overmatched in this game. The Raiders’ safeties will look to minimize the aerial threat, but scores are still conceded. Ultimately, I feel confident that the Raiders manage another home win. 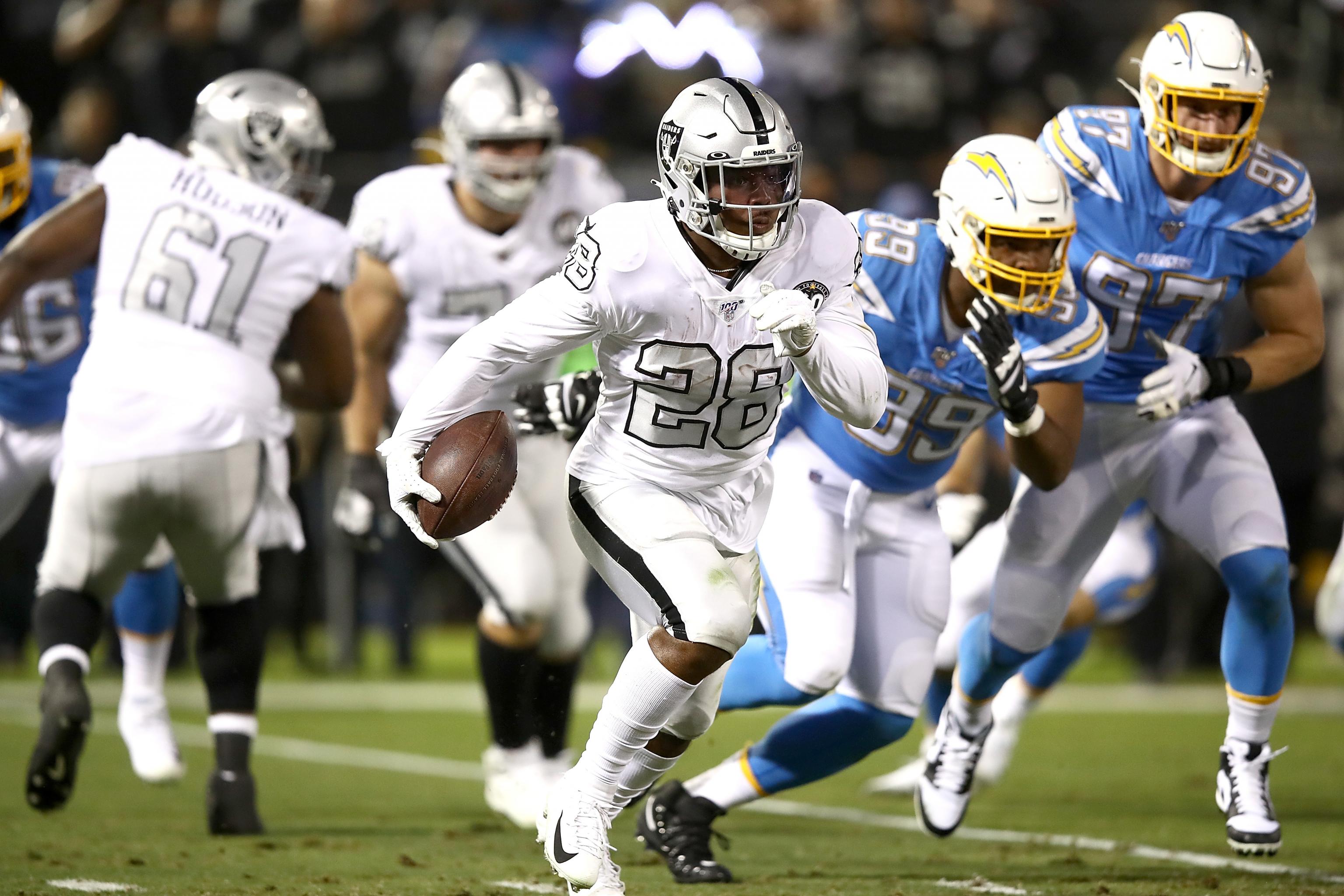 The Chargers will make sure their 2nd meeting with Vegas is a much closer game, and their defense will step up immensely, with the Raiders’ offensive line finding it difficult to hold off the likes of Bosa and Ingram. Both teams struggle to put points on the board in a low-scoring affair, but the Raiders get the win to sweep Los Angeles again.

No doubt, the Dolphins are a hard one to call. Lots of changes to the line, good running back signings, and a draft which saw them land a lot of young talent. However, many of these players will see little action in 2020, and the inexperience of the squad makes them little more of a threat than they were in 2019. It should be a comfortable win for Vegas in Week 16.

The Raiders get the best of the Broncos in the first game of the series, but there’s little chance that they sweep them with a win at Mile High. One win a piece in this series should satisfy the Raidernation for another year.

All of the talent added in the offseason means Carr is set for a big year in his rebuilt offense, and the additions of Nassib, Littleton, and most recently Amukamara, should see fewer games being lost on avoidable plays. Unfortunately for them, the AFC West will be perhaps the most competitive division in 2020, and the Raiders remain among the most traveled teams. They will surely see success in the near future, but I see little more than a wildcard spot for their first season in Nevada.