If you’ve been following the news or even kept up with my updates, you’ll know that baseball has been murdered. Dramatic? Most definitely. But necessary. This is what fans know about the MLB lockout.

Since the last update, the union and the league followed through on its’ decision to meet everyday until the deadline of 28th February to make a deal so as to avoid cancelling regular season games. Players and owners from across the league showed up for the meetings. They gave fans a little bit of hope that maybe, just maybe, a deal was on the horizon. 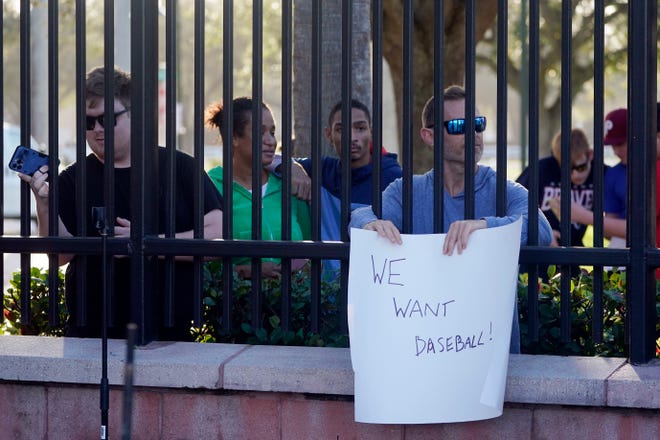 Manfred announced during a conference on Feb 10th, that a universal hitter has been agreed upon and they eliminated draft pick compensation. These are the only terms that have been accepted on both sides, everything else was still being discussed until the last minute.

There were five major points of contention during the talks:

– Draft lottery – The players have felt that for years, teams have been purposely tanking to get a better draft position. As such, players initially requested that the first eight picks of the draft be determined by a lottery; The league countered with three. These numbers steadily, and very slowly converged to where the two sides were three draft picks apart.

– Minimum salary – Previous CBA’s have helped to increase revenue and impose stricter penalties meaning that ballclubs and owners are getting richer, whilst the players are left with the same compensation. Therefore, they wanted to see a change. They asked for a minimum salary of $775K with increments of $30K year-on-year. The league countered with $615K with increments of $10K. At last glance, the sides were $135K apart per player.

– Super 2’s – Currently, as per the name, only 22% of the league’s players are eligible for arbitrations talks for four years instead of the typical three. The union wants all players to be eligible for this, though the league is set on staying at 22%. MLBPA kept reducing their asking percentage to their final stop of 75%. The league has not moved.

– Pre-arbitration bonus pool – As a way to get young players paid more earlier in their careers, the union asked for a pre-arb pool to be set up. The league was surprisingly receptive to this idea, the union asked for $105M, the league countered with $10M. A kick in the face. However, once the union backed off their request for 100% Super 2’s and reduced to 75%, they increased their pool size to $115M to compensate for the reduction. Currently, the league and union are apart $95M.

– CBT – This is largest issue between the two sides and the one point that everyone knew would be the most challenging to discuss. So, naturally, they left it until six days before the deadline to even mention it. The union obviously want a dramatic increase to the CBT threshold with less severe penalties and the league wants the exact opposite. There is currently a $31M difference between the sides. Bridging that gap could end the MLB lockout.

This was too big a gap to bridge, and so, on March 1st at 5pm ET, Rob Manfred made the decision to cancel the first two series of season.

With the sides being ocean’s apart on these big issues, it was always known that a deal was unlikely. But, it’s hard to place blame on just one side.

That’s a lie, it’s not hard to assign blame. I fully place it all on the league. Many people on social media have criticized the union for not getting to the table soon enough. But it was only one side who imposed this unnecessary MLB lockout. 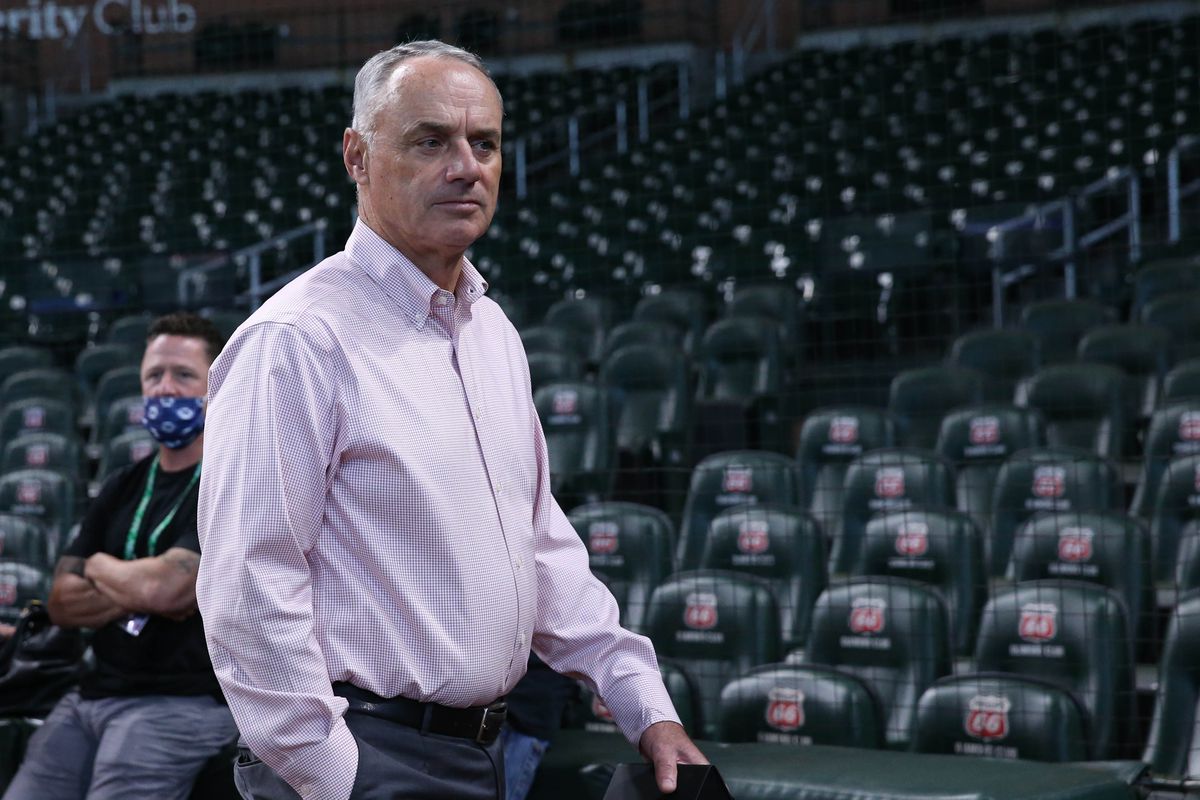 It was the league who are completely unwilling to move on certain issues. It’s the league who postponed Spring Training. The league were the ones who cancelled regular season games, and it’s the league who confirmed that the players would not be paid for missed games. Another reminder: The CBA may be negotiated in the background of the season. There is no need to hold the season hostage like this.

Manfred and the Owners have done everything possible to ruin this game for current and future players, as well as fans everywhere.

I’m going to be honest. I have no clue.

For now, the first two series have been cancelled. The two sides have met once on March 3rd, but it is unclear when they’ll meet again. During the press conference by the league, Manfred implied that the offer they presented on March 1st was it’s best and final offer. As such, it seems that the union feels slighted by the league given how completely underwhelming the offer was. The MLB lockout might be here for the long haul.

One thing is certain though: MLBPA won’t rest until they get a fair deal for their players. The league has given them the perfect opportunity to fight, and they are taking full advantage of it. And everyone is on their side, the league has shown their true colours.

The world of baseball is very unclear as of now and an end is hard to see.

Trish Patel
Much like Marty McFly, Trish Patel (aka Tyler Bass Enthusiast) is a time traveller who stole a sports almanac so as to fool you mortals into believing that she can predict the stats of a game. If you come at her on social media, there is an excellent chance you'll get burnt. They don't call her @savage_trish for nothing.