This is Part 2 and the finale to the series “Most Improved NFL Teams”. I will base these teams off their drafts and offseason moves to see who can improve their win total. 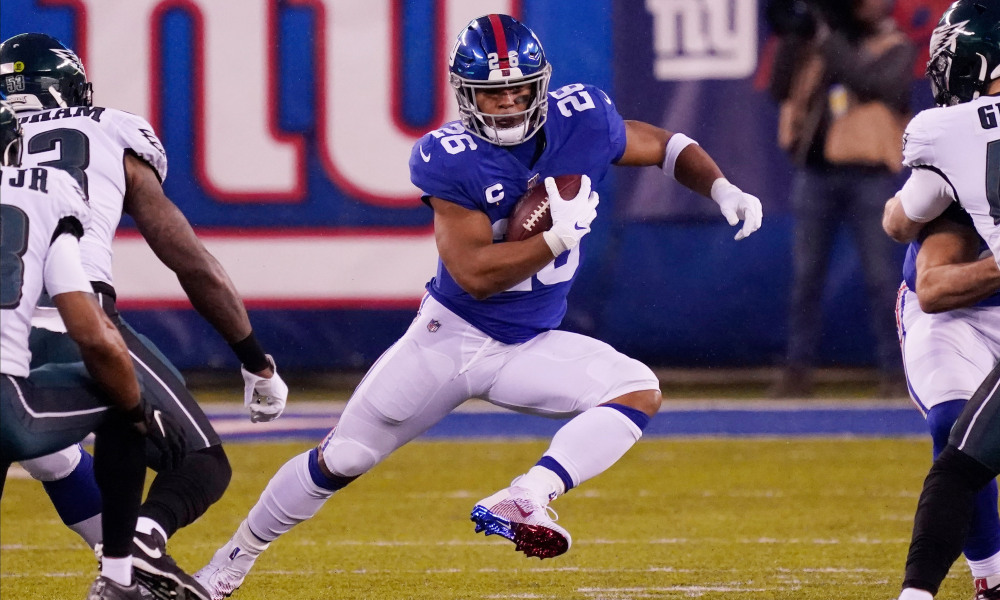 The New York Giants really have nowhere to go but up. They showed a lot of promise last season, but poor offensive line play and terrible defense led to their 4-12 record. The new additions of head coach Joe Judge and offensive coordinator Jason Garrett should give this Giants team a new identity and an improved record this season.

On the offensive side of the ball, the Giants made some depth signings in signing tight end Levine Tolilo, quarterback Colt McCoy, and offensive tackle Cameron Fleming. Evan Engram has had trouble staying healthy in the past, so Toilolo could be a solid backup piece. McCoy can be a decent backup but is very inconsistent in throwing the ball, so he will either be really good or really bad. He doesn’t provide a safe floor. This Giants’ offensive line is awful so Fleming could be a backup piece who may be asked to step in later in the season, depending on the performance of the team.

The defensive side of the ball is where the Giants made their mark. They first signed James Bradberry, who should immediately help this Giants’ cornerback core. He is a physical corner and has great football IQ to know when to break on the ball. Big Blue then signed Blake Martinez, who is a great tackler and run defender, and should immediately start at the MLB position. I view Kyler Fackrell as nothing more than a depth signing/camp body.

The Giants had one of the best draft classes in the 2020 draft. At pick 4, many Giants fans wanted Isaiah Simmons, but the Giants made the smart move in drafting an offensive lineman to protect their future investments in Daniel Jones and Saquon Barkley. Andrew Thomas is versatile and the most physical tackle in this class, as he is very hard to move. He also is very effective in both the run and pass game. They then got a steal in Xavier McKinney, who many considered a first-round talent.

McKinney is versatile and is great at reading and diagnosing plays. The Giants doubled up on offensive tackles, selecting Matt Peart, who makes up for his lack of strength with great lateral quickness and athleticism for his position. They finished up the draft selecting depth/starters at the secondary, offensive line, and linebacker positions.

Overall, the Giants had a solid offseason and I could see them being a very sneaky team in the NFC East. They should improve on their 4-12 season from last year. 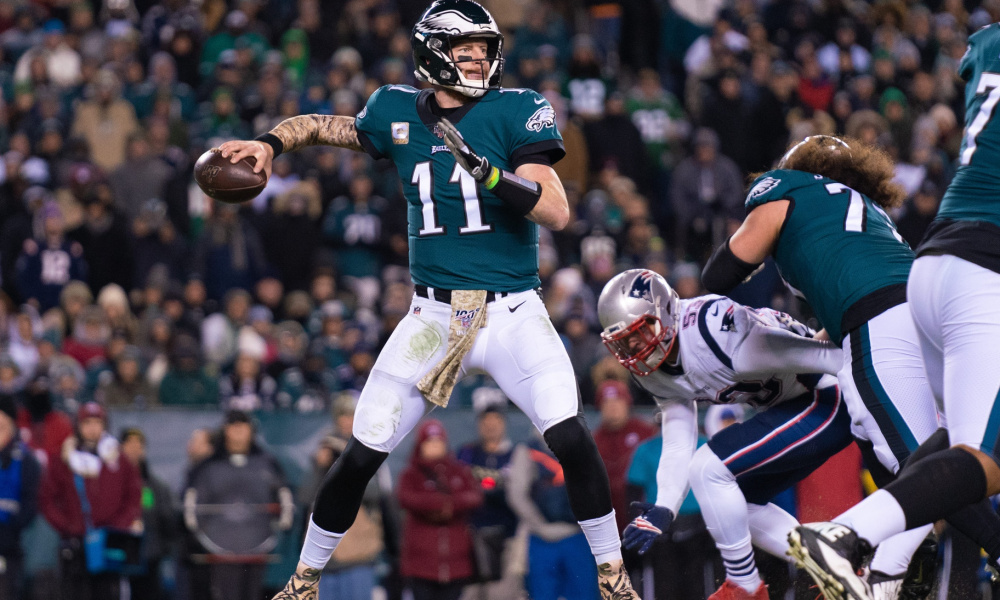 The Eagles made the playoffs last season, despite having a practice squad team. Their #1 receiver was a former quarterback turned wide receiver and their defense was decimated by injuries. They had to make big offseason improvements depth-wise as well as in the secondary and receiving core.

The Eagles upgraded their defense. They made the big trade for cornerback Darius Slay, who should give this secondary a big boost, as he is one of the top 5-10 corners in the game. Philly has lacked a great #1 corner for a while now and Slay gives them one. They then signed Javon Hargrave, a defensive tackle who will create an elite trio with Fletcher Cox and Malik Jackson in the trenches. Will Parks is a very underrated and versatile safety who has shown glimpses of potential but has never gotten a chance to fully showcase it. The Eagles got a solid depth signing at linebacker with Jatavis Brown, who suffered some injuries last season but is a great tackler when healthy.

Offensively, they traded for Marquise Goodwin, who in my opinion is just another player like DeSean Jackson. Not that it’s a bad thing, and with Jackson being a little injury-prone, they can plug Goodwin in and still have elite speed in that offense.

Onto the draft, where the Eagles made headlines. They first drafted Jalen Reagor, who has great speed and elusiveness but also the ability to make tough catches in traffic. He can be used in the different scenarios on offense. They followed that up with the controversial selection of Jalen Hurts, who can be a significant value for the Eagles later in the season as well as early on.

Carson Wentz hasn’t been able to stay healthy and this has cost the Eagles in the playoffs, so drafting a great backup quarterback can only help them later in the season. They can also run Taysom Hill-esque packages with Hurts. The Eagles drafted Davion Taylor, who is a raw linebacker talent with excellent athleticism and speed. K’Von Wallace was my favorite pick for this team as he is very versatile and a big hitter, and I really liked the way he reacted to being picked. The team then built up depth on the offensive line, wide receiver, and linebacker core with their late-round picks.

I expect the Eagles to be a playoff team this season as they have both improved and provided depth at weaker positions. 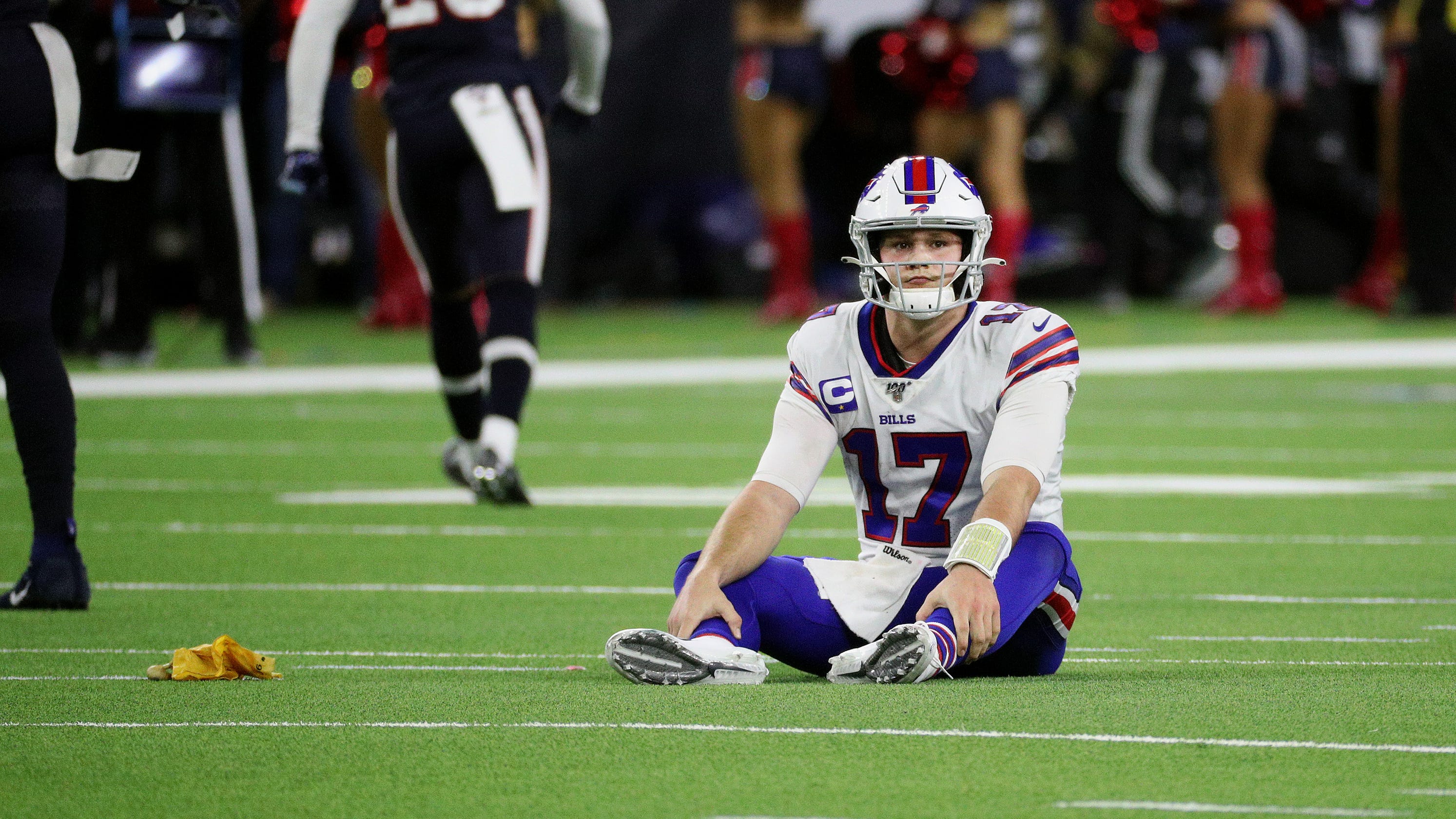 BILLS MAFIA!!! The Bills seem to be the heir to the AFC East throne, as the Patriots have gotten worse in the offseason. Buffalo showed a lot of promise last season and I believe they only got better in the offseason.

Defensively, they signed Josh Norman, who fell off in Washington, but there is no way to go but up in Buffalo. EJ Gaines will provide some much-needed depth at the outside cornerback position. Mario Addison will fill into the hole Shaq Lawson left, and he had 9.5 sacks last season, which would have led the Bills in sacks.

AJ Klein is a smart linebacker and leader who should be a very consistent player in this Bills defense. Vernon Butler is another great depth signing as a defensive tackle and can be a great pass rusher alongside Ed Oliver. Quinton Jefferson is a very underrated player and provides versatility at all positions across the defensive line.

Offensively, the big trade for Stefon Diggs was the best move they made. Although they gave up a plethora of draft picks, they got a player who can contribute to this team immediately and at an elite level. He is a great route runner and a big deep threat for this team. He had back-to-back 1000 yard seasons alongside Adam Thielen, so imagine his production when he’s the go-to receiver. He’s only 26, so he and Allen can grow together to become one of the best duos in the league.

The Bills had a great draft with the picks they had. AJ Epenesa was viewed as a first-round talent but fell to the mid-late second round. He is a very powerful edge rusher who wins with his bull rush moves and is consistent across all facets of defense. Zack Moss is the perfect compliment to Devin Singletary, as he is a bruiser between the tackles.

Moss can soften up the middle of the field and give Singletary more room to run and create chances in the open field. Gabriel Davis gives Allen a big-body target. He is a great route runner and has great hands and can be a solid red-zone target. The Bills then drafted a backup quarterback, wide receiver, kicker, and cornerback. Buffalo has a chance to win their division for the first time in forever and can go far in the playoffs, as their team is now more dangerous than ever on both sides of the ball.