It goes without saying that this has been a tough year thus far for the common sports fan. NBA, gone. MLB, gone. NHL, gone. NFL, in jeopardy. We have had all the excitement of sports taken from before our very eyes, but no longer!  As America collectively holds its breath watching the gradual return to everyday life, the NBA has been quietly working on plans to rescue their POW season.

Where Do We Go From Here?

According to ESPN’s Brian Windhorst, Adam Silver has heavily considered forgoing the remainder of the regular season and jumping directly into the playoffs. This is understandable, considering it would be a very high-risk/low-reward situation to have non-playoff teams participate in the revival of the season. Besides, no one wants to see the Knicks versus the Wizards anyway. Plus, if a superstar like LeBron James caught the virus from a futile player like Reggie Bullock in a pointless regular-season game, NBA fans everywhere would be furious!

That, however, was not the most intriguing thing about Windhorst’s report. Windhorst also suggested the NBA was considering a universal 16-seed playoff format, as opposed to its usual 2-conference format with the top eight seeds from each conference.

Brian Windhorst just said on @GetUpESPN that there’s a “really good chance” the NBA elects to go with a 16-team playoff and no regular season.

Added that it leaves open the possibility for seeding the teams 1-16, which would have to pass an owner vote.

Can This Actually Work?

Unprecedented events call for innovative responses, and that is exactly what we may be getting this season. The idea of a 16-seed playoff format has been toyed with in the past but has never come to fruition due to the flaws it comes with.

One of these flaws is that the bracket may end up stacking an uneven number of teams in one conference. For example, if this rule were implemented in the 2018 season, the Denver Nuggets (9th seed in the West) would have bumped the Washington Wizards (8th seed in the East) completely out of playoff contention. This format also fails to recognize that one conference may be stronger than the other. This can allow one team’s intra-conference record to be worse than another even if they are better, just by virtue of the fact they are in the opposite conference.

This may all be true, but these arguments do not stand when talking about this year in particular. One reason is that, in terms of record, the top eight teams in each conference make up the top 16 teams in the league regardless. Another reason is that the talent gap between the East and the West is nowhere near where it used to be. Yes, the second reason is subjective, but it is quite evident to those who watch basketball. 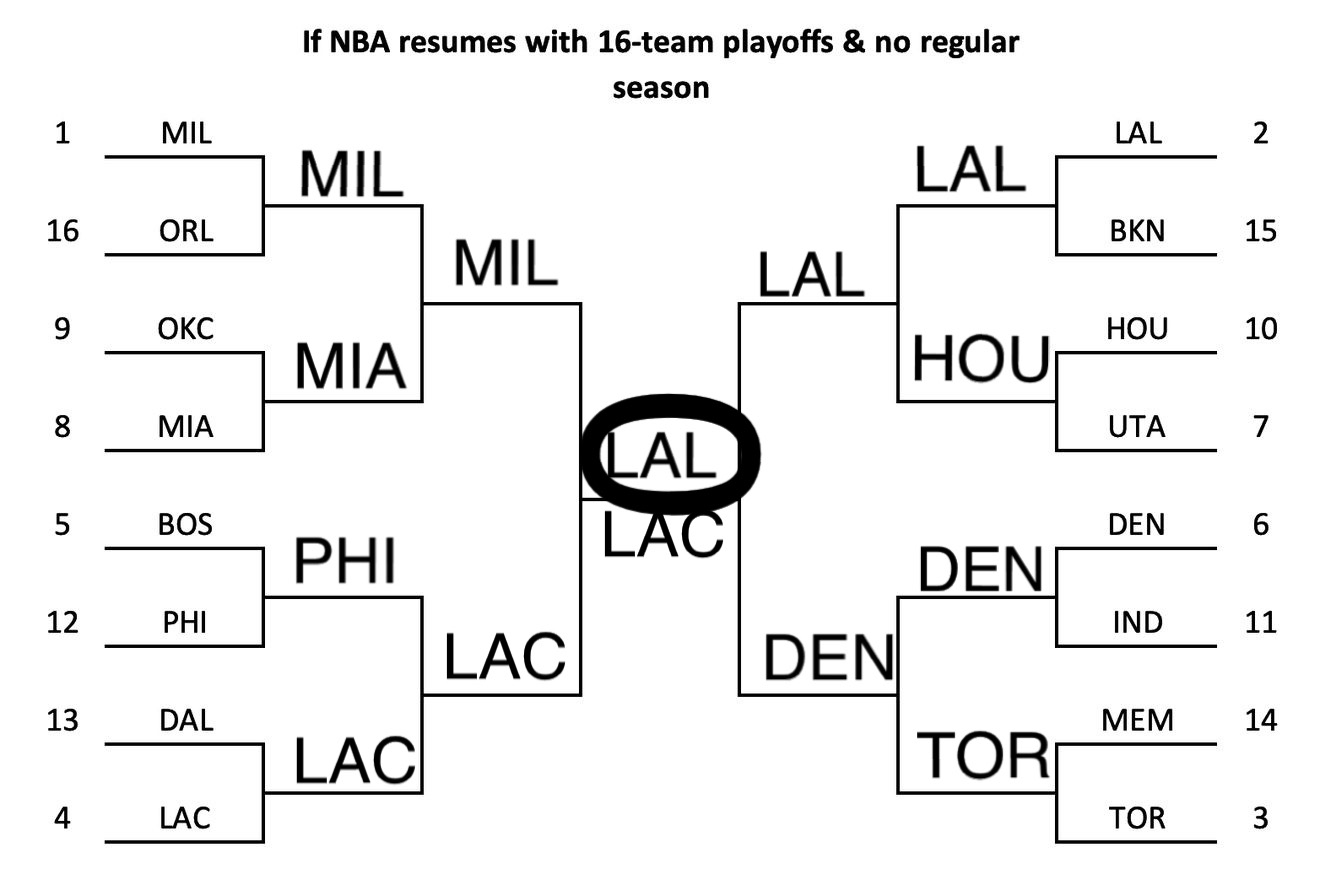