After a mostly expected and largely unsurprising first round, the NBA playoffs are in full swing, after a brief boycott to honour police shooting victim Jacob Blake and protest police violence. Round two, the Eastern Conference Semi-Finals, features a matchup that has never happened before, and one that has only happened once. Without further ado, let’s get into it. 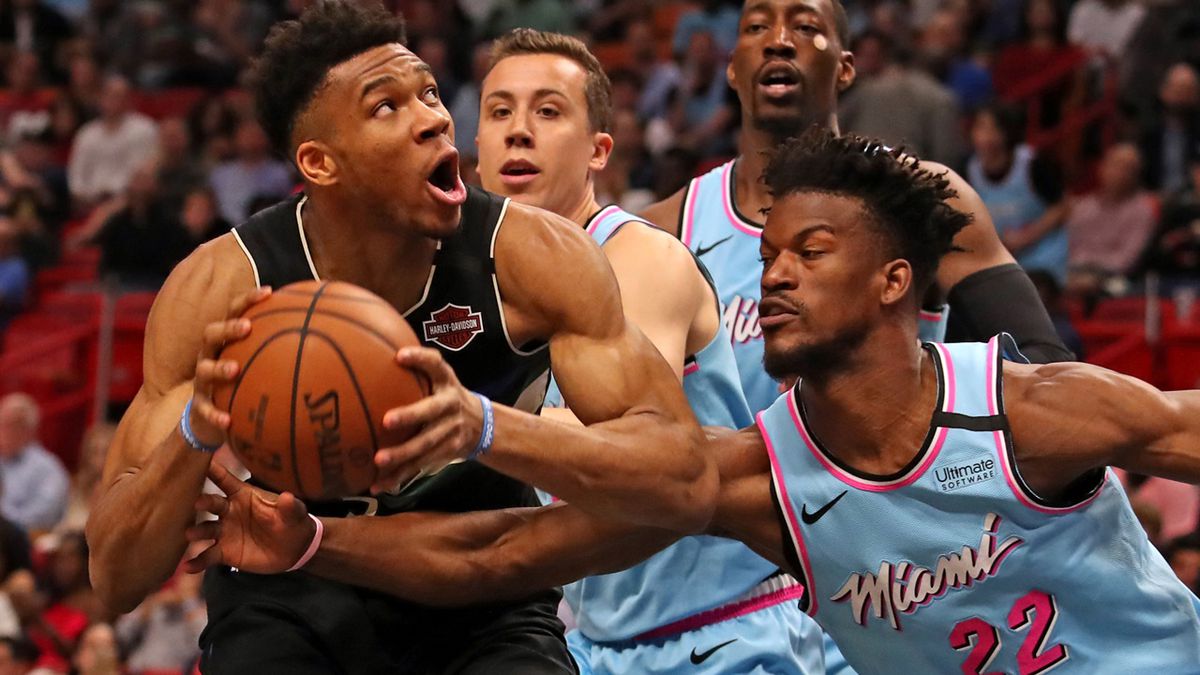 This is an interesting one. The Heat and Bucks have met just once in the playoffs in their 32 years in the league together. Since the Heat’s induction into the league in 1988-89, Miami has dominated their head-to-head history; They lead the Bucks by a total of 70 wins to 45 in the regular season and own a sweep of the Bucks in the only playoff meetup these teams have had previously. In the regular season this year, the lower seed actually holds the ‘W’, with the Heat leading 2-1, including an OT win in October. The Bucks won’t let the Heat keep their 2013 clean sweep going, as the best record in the NBA looks to play physical against a tough opponent.

These teams might both be talented, but they are far from the same. The Heat, coming off a 1st-round sweep of the Indiana Pacers, looked like a team possessed at times; led by the energetic Jimmy Butler. Through injury, Butler led his starters against a tough Pacers unit again and again, with help from upstarts Bam Adebayo and the rookie Tyler Herro. They relied on their veterans when it came down to it and the combination of Dragic, Crowder, and Iguodala all played their roles flawlessly. Their bench, 2nd-best in the entire NBA playoffs, dominated and let the starters rest as needed. The Bucks, however, were surprisingly underwhelming. The last team in the East to qualify for round 2, Milwaukee failed to dominate the 8th seed as many predicted, but they still did what they had to do to stay alive, winning 4 on the trot to close out the series. Blowing out their opponents in the later games, Giannis and crew played the same physical basketball they’ve played all season to bring it home and advance.

The Bucks did one thing better than anyone this season: they lived inside the arc. Ranking 1st in PPG (118.7), Milwaukee reached unheard of sustainability in the offense with the highest 2PT (.567%) percentage in the NBA. They were able to take risks because of their top-ranked defensive rebounding, and it all turned into points. The Heat will need to get between the Bucks’ bigs and the basket if they plan to secure rebounds and give their offense those crucial second-chance points. This, as well as dialing up perimeter 3-point attempts where the Cream City fell short defending, will be important if Miami intends to compete in this series. If Milwaukee can continue to manipulate the boards, their only true issue against this frugal Heat team will be limiting their high-calibre shooting from distance and playing clean defense to keep them away from the free-throw line, where they shoot 4th-most in the league. 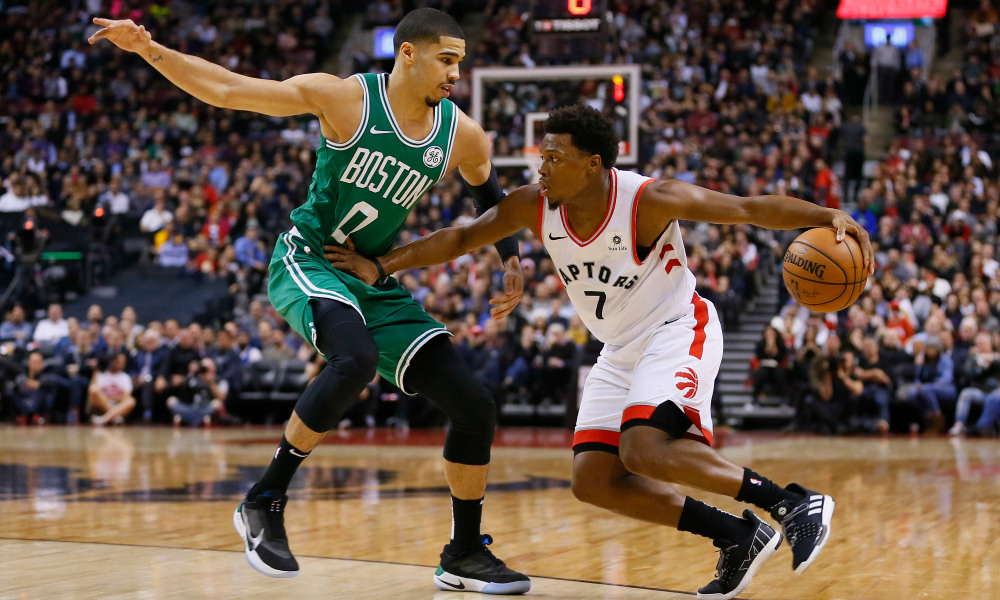 Welcome to the show. Potentially the most closely watched matchup in the East this playoffs, the reigning champion Toronto Raptors take on the surging small-ball Celtics in this battle of first-round dustmen. Since the Raptors were introduced to the NBA, the Celtics own a 59% win rate over them, including winning 3 of their 4 matchups this season. One of those was a blowout in the most recent game inside the Orlando bubble. Despite this, the Raptors had an incredible bubble run, winning all 7 of their other games. The Raptors have only lost to anyone once since the restart (including playoffs), and it happened to be the Celtics.

Sweeping the Nets and 76ers respectively was no small task, but there are a lot of takeaways to be found in those round one games. The Celtics took on the impressive but ultimately doomed, Philadelphia in a series that held only 1 close game. The Celtics’ abundance of playmakers and scorers, as well as a top-5 defense, made fast work of a 76ers unit that sorely missed Ben Simmons. The Celtics’ lack of interior size and limited bench depth were its only weaknesses, and the Raptors will need to take full advantage of these to topple Boston. The Raptors took on the much less impressive Brooklyn Nets, struggling occasionally but taking care of business. Their (also) top-5 defense led to consistent turnovers and they humbled the Nets, taking momentum seemingly at will during the series. Their role players stepped up and Fred VanVleet in particular made his impact felt.

Despite the difference in role players and roster build, these two teams are nearly identical on the stat sheet. In this series, both teams will need to double down their defensive efforts against undersized scorers and keep each other away from the free-throw line. The Celtics will need to continue their notable streak of ball security and limit their turnovers: This will limit the Raptors’ league-best fast break points, their one advantage over Boston. Toronto will need to space the floor as the abundance of Celtics playmakers will be scoring threats from anywhere on the court. Getting their big men inside of the Celtics’ box is crucial to out-sizing them for offensive rebounds to control the series. The Raptors will need to lean on the loss of Gordon Hayward, much as the Celtics will pressure the missing Kyle Lowry until his return. This is anyone’s best guess for this matchup that is probably more even than any other series these playoffs.