Unlike 2021, this year’s NBA trade deadline gave us many moves. These moves will not only impact the league for this season but years to come. Let’s grade these moves.

The Nets are including Paul Millsap in the deal too, sources tell ESPN. https://t.co/yTzxKqH99q

This was a move that had to be made. Harden was not happy with the Nets, and the team outside of the big three was subpar. Adding Seth Curry gives them another shooter to go alongside guys like Cam Thomas and Patty Mills, creating space for others on the inside. Andre Drummond gives them a big man presence that Brooklyn has lacked since they traded Jarrett Allen to Cleveland in 2020. Even though he is averaging a career-low 18.4 minutes per game, Drummond is still averaging 8.8 rebounds per game, good for 22nd in the league. He might not give you the scoring production that Lamarcus Aldridge will give you, but his rebounding and athleticism separate him from Aldridge.

Now on to Ben Simmons. Last we saw Simmons was in game 7 of the Conference Semifinals against the Hawks. He was a shell of himself on the offensive side of things. He wasn’t attacking the paint because he couldn’t hit any free throws. Also, he wasn’t taking any inside shots because he was afraid of getting fouled. But he gets a fresh start in Brooklyn and will pair with Kyrie Irving and Kevin Durant.

Brooklyn lacked that outside perimeter defender that would help them reach that next level. He also gives them a big body down low and a playmaking ball handler that can get the ball to his open shooters like the ones I mentioned earlier. I like this move for both the short and long-term goals of the Brooklyn Nets.

They finally get that running mate to go alongside Joel Embiid. Embiid is having an MVP caliber year, and they do not want to waste this championship window. Adding James Harden gives Philly the best duo in basketball. Yes, they lose a rebounding machine in Andre Drummond and a sniper in Seth Curry. On the flip side, they add an offensive juggernaut who has averaged over 30 points and 9 assists per game since 2017. You still have your best ACTIVE on-ball defender in Matisse Thybulle and a young stud in Tyrese Maxey going forward.

The biggest win for Philadelphia is finally moving off of the Ben Simmons drama. It was clear after last season that Ben would never return and play for Philadelphia. With Harden becoming disgruntled in Brooklyn, today was the day for them to strike, and they ultimately succeeded.

The Wizards will send Davis Bertans in deal too, source tells ESPN. Mavericks send a second-round pick to Wizards. https://t.co/RJdybUd0Lw

I don’t understand what Dallas was thinking here. Yes, Porzingis was not happy in Dallas and needed a fresh start. But you do not do what Dallas did by trading for two of the worst contracts in the league. Acquiring Spencer Dinwiddie making $18M in 2023 and another partially guaranteed $18.8M in 2024 while averaging career-low numbers. Then doubling down by adding Davis Bertans, who is in the middle of the second year of his 5 year/$80M contract with a player option for a partially guaranteed 2025 season.

Bertans could potentially come back and shoot better and become that guy that hovers around 38% from three. The main issue with him is there is nothing else he does well. He can’t defend, dribble or rebound. So if his shot is not falling, he’s almost useless to a team.

My main question is what will Dallas get out of this deal? They did not generate any cap space and they took two players who are averaging career lows across the board. Maybe they can flip these guys for smaller pieces going forward. As of right now, I cannot see this happening. 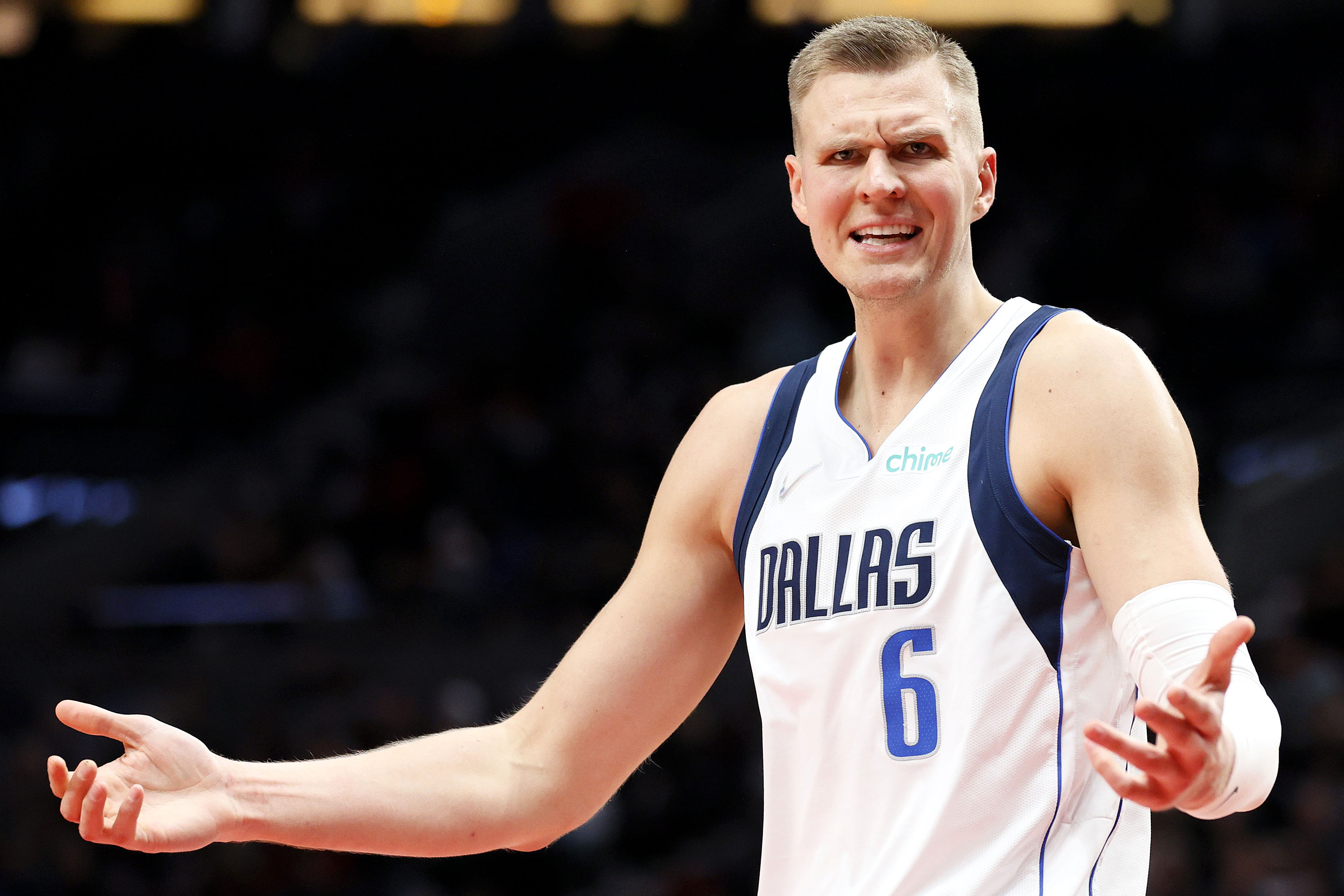 After back-to-back seasons of giving out bad contracts to the exact guys they traded away, Washington hit the reset button by acquiring Kristaps Porzingis. After their 10-3 start, the Wizards have gone a whopping 15-26 since. It was clear as day that the Dinwiddie/Beal-led Wizards were not going to work out. Moving on was best for all parties.

Porzingis gets a new start in DC, and this could be his last opportunity to show that he can be a key piece towards a team’s future. Ever since he tore his ACL in 2018, he has missed a total of 177 regular-season games (including all of 2018-19). If he can stay healthy while also putting up around 20 and 8 per game, those allegations will disappear.

With their playoff chances lessening by the day, they can now focus on getting healthy and letting their young players get time to develop. They can run lineups including Corey Kispert, Deni Avadija, and Rui Hachimura. The main question is how does this move help convince Bradley Beal to stay in DC long-term. He has an impending player option this summer and can simply sign with another team. If Beal waits until this summer, he will hit 10 years of service time and will be eligible for a supermax contract extension. The deal can be about 5 years worth $235M. If they can convince Brad that the future is bright in DC, this trade has to go a long way towards that.

The Kings give up a ransom for Sabonis, lose Haliburton

The Indiana Pacers might not be immediate contenders in the Eastern Conference playoff picture, I expect them to be building in the right direction going forward. They got all they could have out of the Sabonis-led team and it was time to tear it down. But instead of tearing it down, they became a young promising team. Getting Tyrese Haliburton in the deal is a massive win for them. He averaged 14 and 7 while sharing backcourt duties with De’Aaron Fox. Haliburton is an excellent shooter with promising all-around tools to be the next face of the Indiana Pacers.

They have a sharpshooter in Buddy Hield who is on a deal that is dropping from $20.5M in 2023 to $18.5M in 2024. Malcolm Brogdon also signed a two-year extension in October, locking him up until 2025.  They will have both cap space and young talent to possibly compete for a playoff spot next season under year two of Rick Charlise. 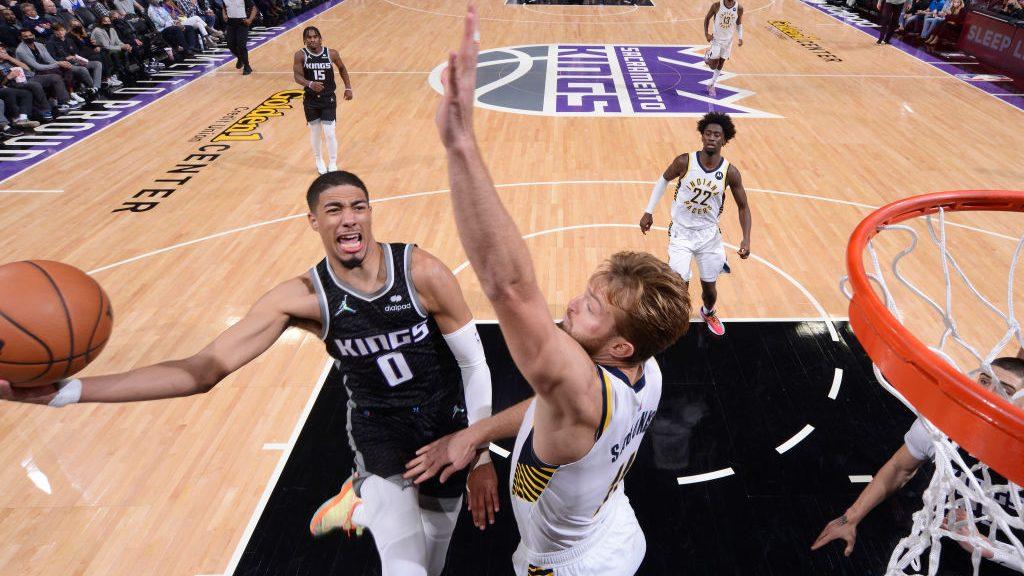 I get why they traded for Sabonis. Giving up Haliburton in the process while arguably being in a worse position going forward makes zero sense to me. Are they trying to compete for the play-in this year? What exactly is their long-term goal here?

This might backfire on them in a year or two when they’re at the bottom of the Western Conference with no true direction. If they would have traded Fox instead of Haliburton, then this trade would have made more sense. At the same time would Indiana have accepted this move for Sabonis without getting Haliburton? I don’t think so. Maybe they could have gotten Myles Turner instead. Indiana is clearly okay with that as their duo for the future, why weren’t the kings?

Portland has a fire sale, where does this leave Damian Lillard’s future?

The end of an era. After a Damian Lillard injury that will have him sidelined for the foreseeable future, Portland decided now was time to move off CJ McCollum. This trade might have been a year or two too late, but they got an okay return. The first-round pick might be their saving grace if the Pelicans fall off as the season wraps up. As of right now, Portland would have two picks in the top 10 of the draft.  I doubt that would be enough to entice Dame to stay in Portland for the remainder of his career, but they got something for used goods.

Are the Pelicans trying to compete for a play-in seed? If so, why? They have no Zion Williamson, and after the many rumors around the league, he might not ever play in New Orleans. Now with no first-round to continue to add to the young core of Zion and Brandon Ingram in 2022, where does this put their future?

This trade might have been the worst trade of the entire deadline in my opinion. They flipped Gary Trent Jr. last year and acquired Norman Powell. Then they flipped Powell for Eric Bledsoe, Justice Winslow, and a second-round pick? So where exactly did you benefit from this move? Yes, you got below the luxury tax threshold, but they are in the worst position than before and did not get any draft compensation to make up for it. I’m of the mindset of having talent or even potential. Neither one of the guys that they had traded for fits this mold.

They were able to get another scoring option in Norman Powell who is an efficient bucket getter to pair of Kawhi Leonard and Paul George going forward. Yes, this season is most certainly a wash, so getting healthy and better while not giving up high-level draft picks to do so is a major win.

Derrick White to Boston: B+

Montrezz Harrell to Charotte: B