The Saints entered the draft with a championship-caliber roster, so there weren’t too many needs for a starting role. They also didn’t enter the draft with a lot of picks (only 5 total). So what were the needs? The Saints used their picks to build on what they already had, adding some more talent for head coach Sean Payton to work with. So here’s how the Saints went about the 2020 NFL Draft:

This pick received some controversy because some thought it was an odd pick. But if you really think about it, it was smart to go offensive line. This was a pick to help the future of the team, not the present. Stars like Marshon Lattimore and Alvin Kamara are due for new contracts after this season and will need more money. This pick allows for New Orleans to release some of the higher paid players to replace them with a rookie contract. Lattimore and Kamara are worth the money and are key pieces to the offense and defense respectively.

Ruiz is a versatile lineman who can play different roles on the offensive line. He would be able to fill in any role if needed this upcoming season and already might have a starting job. It’s a smart pickup for the Saints in my opinion. He can open holes for Kamara to get the run game going and to keep Drew Brees from being sacked. He is also a player who the Saints can use to build around when the time comes for a new quarterback. I give this selection a B+.

This pick was somewhat of a steal because Baun did have a late 1st-round/early 2nd-round grade, so picking in him in the 3rd-round was a good move for New Orleans. When the Saints saw he was still available, it was a no brainer for them. They came into the draft knowing they had to address the linebacker position, whether it be in free agency, a trade, or the draft.

Baun has tremendous explosiveness and is a speedy linebacker. He also has good hands and is able to read plays fairly quickly. Back at Wisconsin, Baun was used to playing more of a pass-rush linebacker, recording 12 sacks in the 2019 campaign. He’s a solid pickup and will be an important player in key situations. I like this pickup a lot because it was evident that the Saints needed some help at the linebacker position. Baun is just the guy and can develop into a really nice player for New Orleans in the future.

On paper, it doesn’t look like there was a need for drafting a tight end, but adding Adam Trautman was the smart idea in this scenario. Since Jimmy Graham left in 2015, the Saints haven’t had a solid player like him to fill that role. New Orleans traded up to land Trautman and when they did, they made history. This was the first Dayton player to be drafted since 1977, where Seattle took offensive lineman Bill Westbeld.

I think Trautman has a high ceiling and can become a solid tight end for the Saints, but it won’t happen overnight. As of right now, Trautman is the 3rd TE on the depth chart behind Jared Cook and Josh Hill. This was more of a safety net if the Saints decided to move on from Cook at the end of the year. Trautman is going to be used as a blocking tight end because of his 6’5 frame. He’s in a good situation to learn and grow to become a really good pass-catching tight end one day. 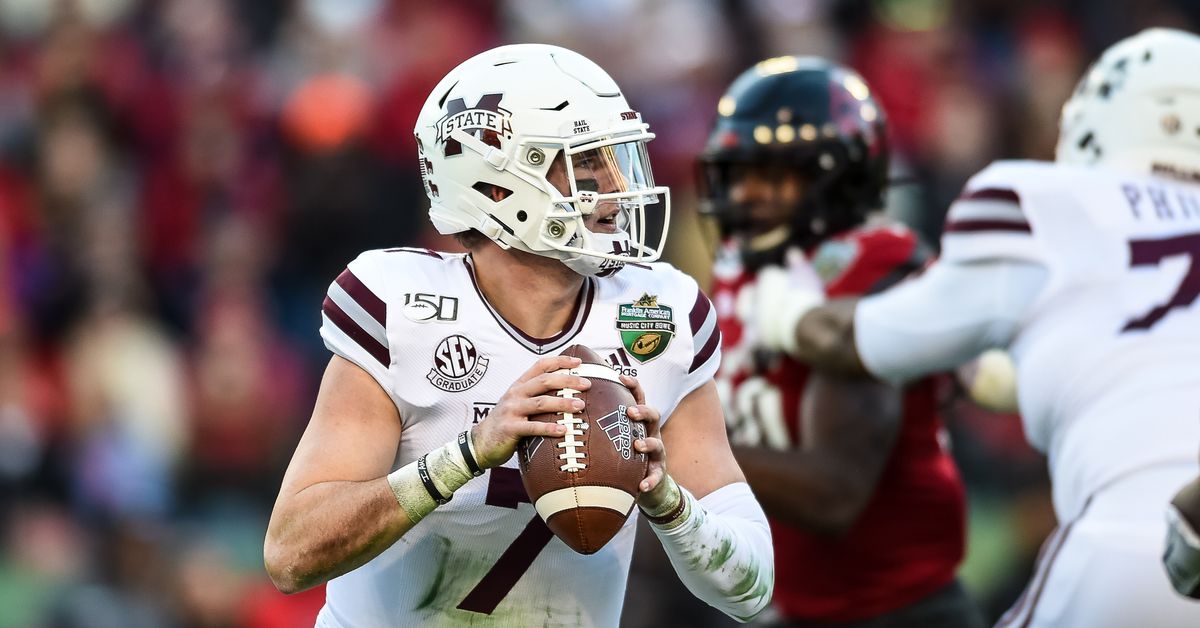 This pick made sense at first, but now with Jameis Winston on the roster, it doesn’t anymore. The QB depth chart consists of Brees, Winston, and Taysom Hill, so the need isn’t really there. Maybe Winston is in a Teddy Bridgewater situation to revive his career, but Hill is still on the roster. On top of that, consistency is also an issue with Stevens. He suffered multiple injuries including a punctured lung.

Aside from that, he is a decent quarterback. Stevens threw for 15 touchdowns and over 1,400 yards. He is also a Taysom Hill 2.0. What I mean by that is, Stevens lined up in multiple positions after losing the starting job. Maybe Sean Payton has something in kind about utilizing another athletic player like Stevens, but only time will tell. I give this pick a D because of the QB needs for the team. It might be smart if a good plan is set, but for now, I don’t see it as a good selection.