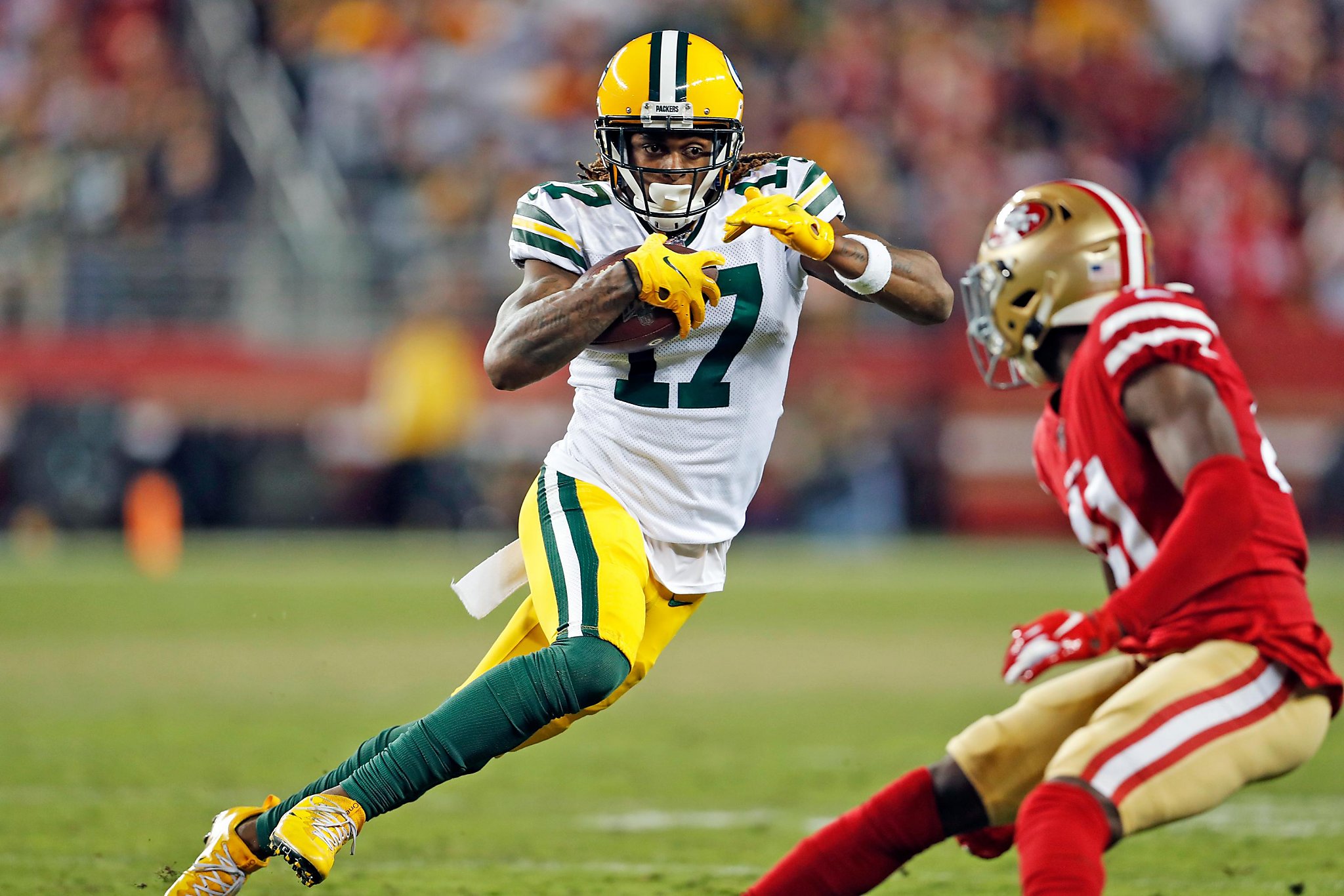 The 49ers survived a wide finish in Dallas and now travel to Green Bay to take on the top-seeded Packers. The Packers benefited from the week off and are on track to get back many of their key players such as tackle Billy Turner, tackle David Bakhtiari (he played 27 snaps Week 18) and cornerback Jaire Alexander. Linebacker Za’Darius Smith remains on IR, but the Packers hope he will be ready for Saturday.

A healthier Packers’ offensive line and defense is bad news for a Niners team that is dealing with injuries to three of their biggest stars. The team is optimistic that both defensive end Nick Bosa’s, who left their victory with a concussion, and linebacker Fred Warner’s, who suffered an ankle sprain, are able to play Saturday. Quarterback Jimmy Garoppolo suffered a shoulder sprain and is still dealing with a torn ligament in his throwing hand but is also on track to play

Fortunately for the Niners, they didn’t need Garoppolo to throw the ball a lot against the Cowboys and will hope to institute a similar game plan against the Packers. The Niners went with a run-heavy offense last week, but having the same success running the ball against a Packers’ defense only allowing 109.1 rush yards per game will be difficult. Deebo Samuel terrorized the Cowboys in the run and pass game and will need to have a similar impact in order to beat the Packers. Over his last nine games, Samuel is averaging 46 rush yards per game and has eight rushing touchdowns. San Francisco is 8-1 in those games.

Aaron Rodgers has put together another MVP caliber season. He has 37 touchdown passes and only four interceptions. Rodgers will look to expose a 49er secondary that has been picked apart this season. Emanuel Mosely, Jimmy Ward, and Ambry Thomas were able to have success stopping the Cowboys high scoring offense but I find it hard to believe they will be able to stop Davante Adams. He had 1,553 yards and 11 touchdowns on the season.

The one area the Packers have really struggled with is their special teams, They have the second-worst field goal make percentage and give up the most yards to opposing kickoff returners. The Niners will need to make a big play on special teams in order to pull off the upset.

Rodgers needed a last-second field goal to beat the 49ers the first time around, that won’t be the case this time. Rodgers’ four touchdowns will power the Packers to their third straight NFC Championship. 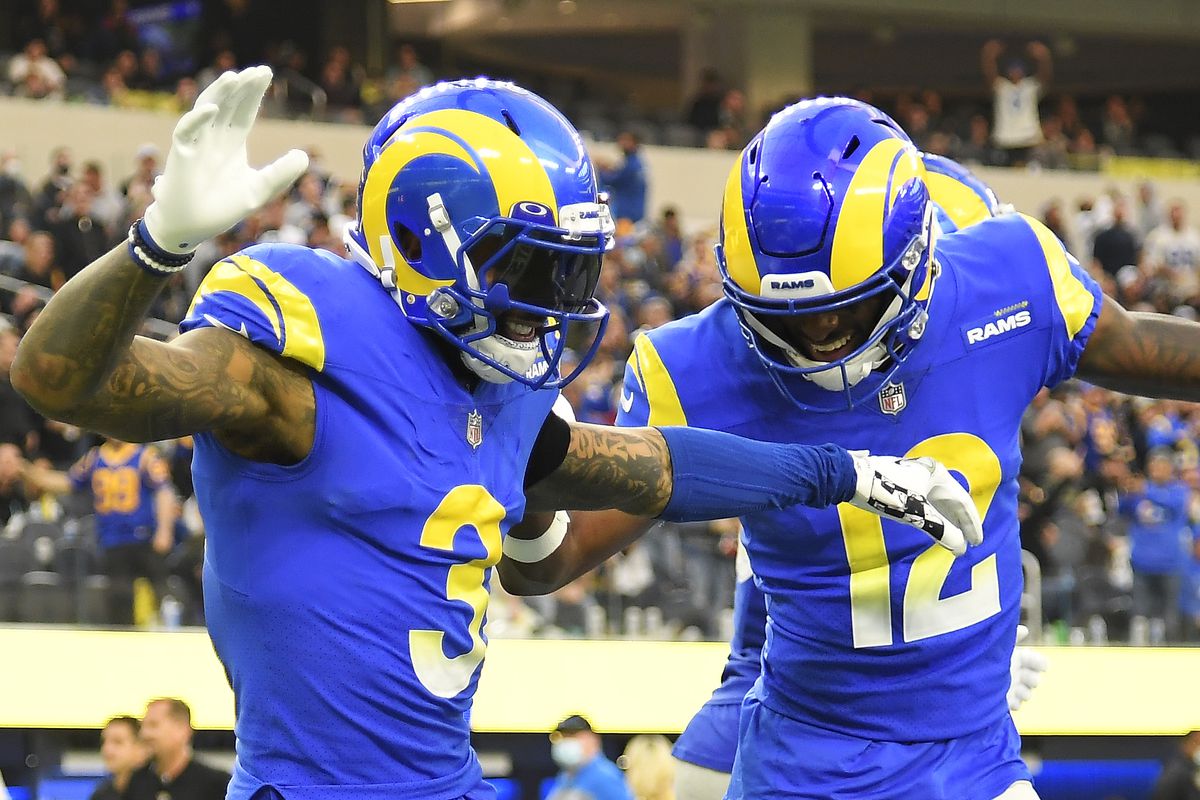 The Rams and Buccaneers won their wildcard games in convincing fashion and now face off for the second time this season with a spot in the NFC Championship on the line. Los Angeles won the first matchup 34-24.

The Rams came out of their wildcard matchup much healthier than the Bucs. Tampa has had a relatively healthy offensive line this season but tackles Tristan Wirfs and Josh Wells left the game with injuries. That is not good news for a team facing off Aaron Donald, Von Miller and a defense that had 50 sacks on the season, the third-most in the NFL. The Bucs gave up the least sacks on the season, but the task of slowing down the Rams will be much more difficult if Wirfs and Wells can’t go.

Tampa expect running back Leonard Fournette to make his return from a hamstring injury that has sidelined him for four games. The Bucs run game has been mediocre all season, so Fournette’s return should give them a needed boost. The Rams have the sixth-best run defense, so Tom Brady will need to carry the load on Sunday. That should be no problem for Brady who had a career-high in passing yards and 43 touchdowns, the second-most of his career. Mike Evans is going to need to have another big game for the Bucs, who are without Chris Godwin and Antonio Brown. Evans put up 117 and a score against the Eagles last Sunday, but replicating that will be difficult against All-Pro corner Jalen Ramsey.

The Rams had everything clicking on offense against the Cardinals. Los Angeles had 375 yards on offense and even had Odell Beckam Jr. complete a pass. OBJ has been a huge addition to this team, especially with Robert Woods out for the season. He has six touchdowns for the team since being traded from the Browns. Cooper Kupp has been the real story of the Rams this season though. Kupp had 1,947 yards and 16 touchdowns on the season. If top cornerback Sean Murphy-Bunting isn’t able to go, the Bucs will have to rely on Carlton Davis to slow down Kupp.

Tom Brady doesn’t lose a lot during the playoffs, but that won’t be the case on Sunday. The Bucs are too depleted on both sides of the ball to be able to stop the Rams stars. Matt Stafford gets his second career playoff win and sets up a date with the Packers.

To read about the AFC Divisional Round: Click Here.