Every season, the NFL sees players come and go, and for not one of these athletes was their journey to the big leagues one of luck, but of hard work, dedication, and endless hours of preparation. On the flip-side, any number of things can lead to a player’s decline, be it injury, off-field issues, questionable coaching, or simply not being of pro-football material, but being in such situations does not necessarily equate to complete downfall. This list will be looking at 5 of the biggest stars that have a chance to redeem themselves in 2020. 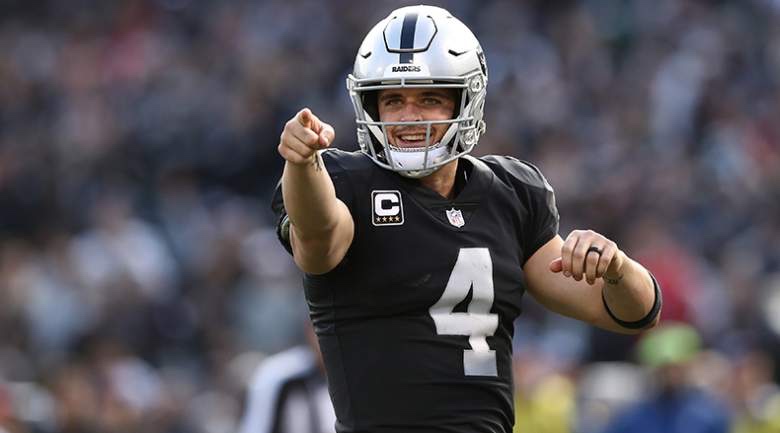 While not experiencing such a dip in production as other players on the list, Carr has been unable to deliver for the Raiders in terms of wins and losses. He continues to put up touchdowns and saw a career-high in 2019 with 4,054 pass yards. However, the Raiders went 7-9 in 2019, and have not come close to playoffs since the 2016 season. Though this is largely on the secondary, the QB almost always gets the heat, and many fans have voiced their disapproval. With the arrival of Marcus Mariota in free agency, if Carr fails to turn things around soon, he risks losing the most passionate fan base in sports, and the backing of Coach Gruden entirely.

This is an issue the Raiders are clearly trying to avoid, and they have gone the right way about it so far, creating major depth at the linebacker and safety positions on defense, as well as adding veteran TE Jason Witten and WR Nelson Agholor. Despite this, the Raiders enter the draft still in need of a WR1, and with 2 first-round picks and a highly-talented receiver class, Vegas will likely find their guy early on. The Raiders are almost certain to make this move, and in doing so will complete the receiving core, with Agholor, Williams, Renfrow, and a plethora of outstanding tight ends. The last time Carr had this much talent alongside him was the 2016 season, with Cooper, Crabtree, and Seth Roberts. 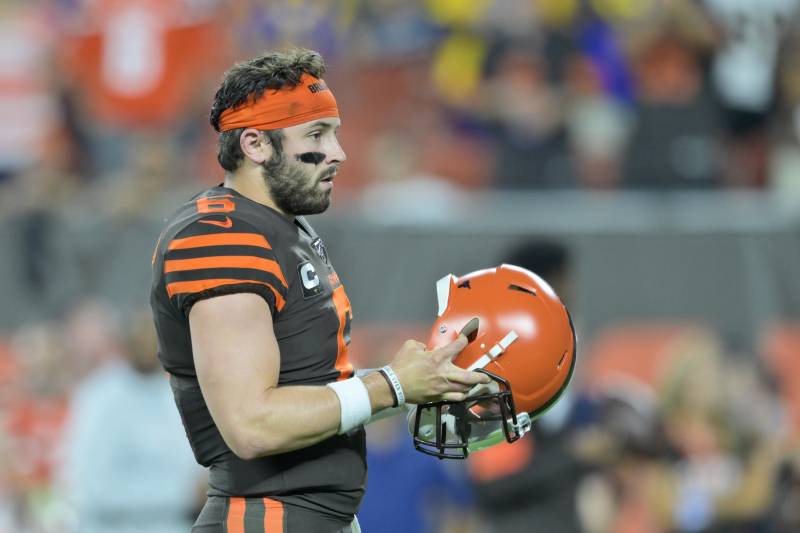 The Browns seemed a sure thing this time last year, as they looked to head into the 2019 season with a stacked offense consisting of Baker, Odell, Landry, and Chubb, to name just a few. They were expected to do big things, and some had them marked as Super Bowl hopefuls. Despite the names, the Browns had a coaching issue, the O-line was hot garbage, and Baker suffered not so much a sophomore slump as a simply disappointing season. Baker was sacked 40 times (7th most in the league) and threw 21 picks to 22 touchdowns in 2019 – second only to Jameis Winston.

The Browns are another team making big changes this offseason, as they have added RT Jack Conklin in free agency and are expected to further add to the offensive line in the first round of the draft, in which the Browns sit at #10. Passing wise, the Browns have given Baker another option in tight end Austin Hooper, in the aim to limit the dependency that Mayfield appeared to have last season on his 2 star receivers, as Hooper accompanies Njoku in new head coach Kevin Stefanski’s dual tight end offense. All around, these signings demonstrate the Browns’ commitment to transforming Baker into the city of Cleveland’s long-anticipated franchise quarterback. 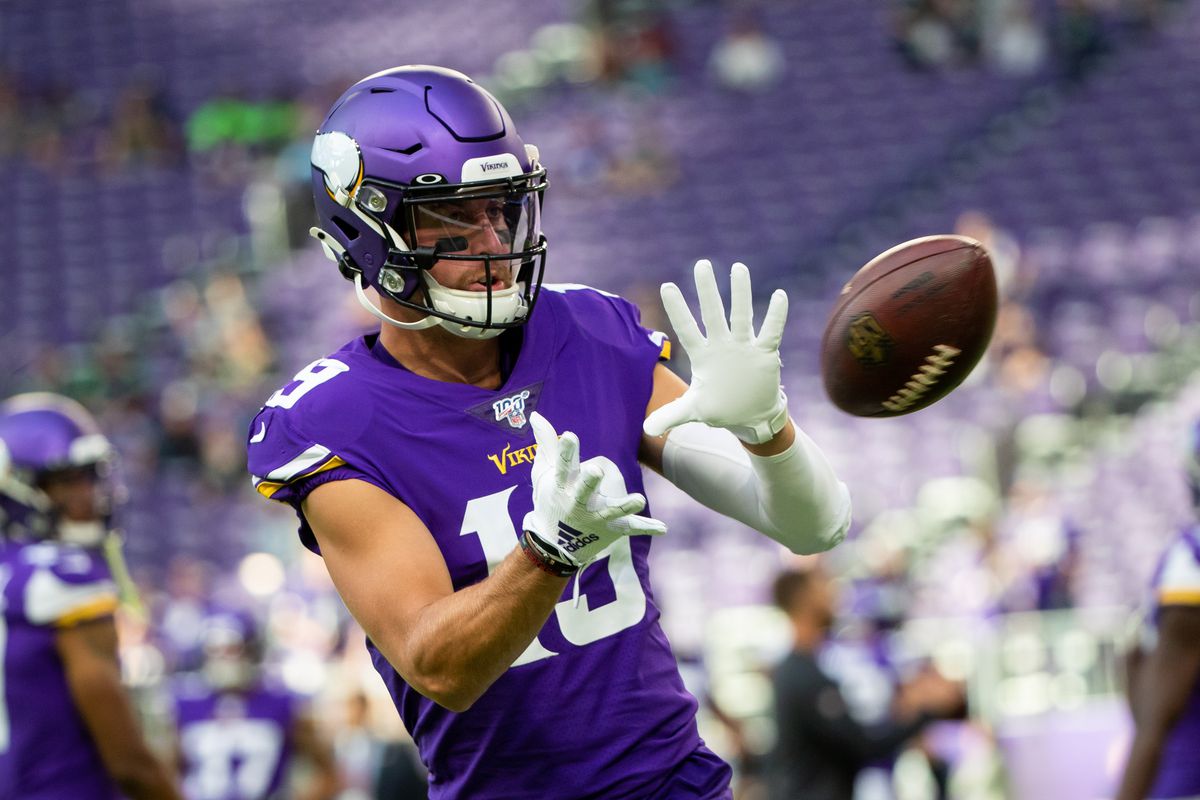 After setting career-highs in 2018, Thielen started off the 2019 season putting up steady yards and touchdowns. The frequent underperformances from Kirk Cousins caused a dip in Thielen’s production, and after a game against Chicago in Week 4, Thielen was critical of his quarterback, saying it was ‘so frustrating, it’s unbelievable’. In the next week, Thielen would put up 130 yards and 2 touchdowns in a stellar performance against the Giants; however, come Week 7, Thielen suffered a hamstring injury and was forced to miss 6 games. The Vikings receiver would finish the season with just 418 yards and 6 touchdowns from 10 games.

Injuries and an inconsistent passing game are of course a great threat to all receivers, but for Thielen, there is a belief that he will recover in 2020. Thielen had few targets and fewer catches in 2019 due to the inaccuracy of Kirk Cousins, but Cousins’ play subtly improved towards the end of the season and Thielen put up 129 yards in the NFC wildcard versus the Saints. With the departure of Stefon Diggs in free agency, Thielen is set to return as Minnesota’s undisputed #1 receiver, which will likely have a positive impact on his connection with Cousins, and his production as a result. 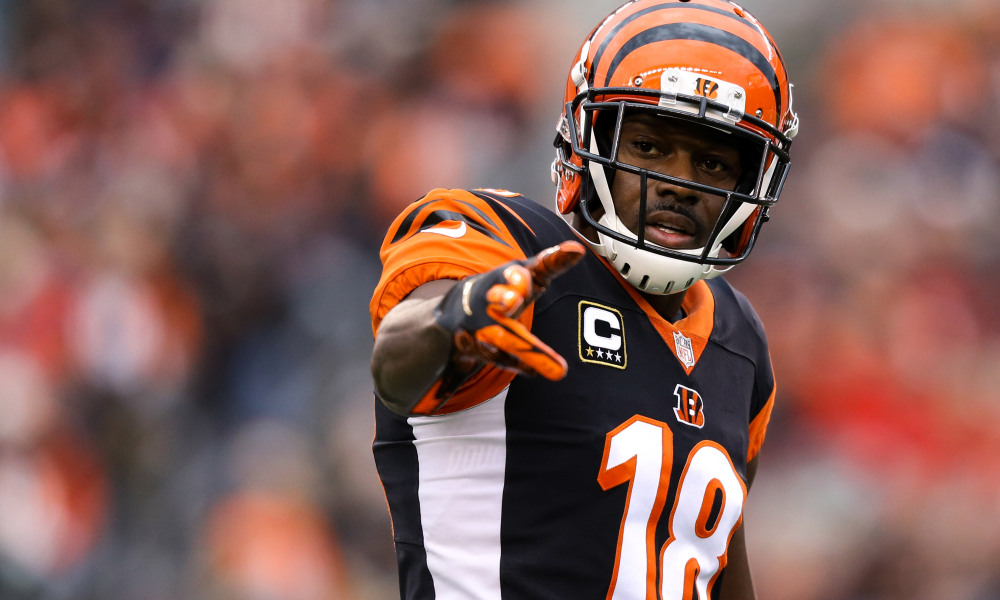 A.J. Green is perhaps the most talented player on this list, and still the most injury-prone. In 2018, coming off a season that saw him ranked as the 22nd best player in the league, Green started off strong, putting up his first 3-touchdown game and recording his 32nd 100-yard game (franchise record). However, he suffered a toe injury in Week 8 and reinjured it upon his return in Week 13. The Bengals placed Green on season-ending IR, and he finished the season with just 694 yards and 6 touchdowns.

In 2019, the bad got worse, as Green suffered an ankle ligament injury during training camp and missed the whole of the 2019 season. However, the Bengals have shown confidence that Green will rebound sooner rather than later as, despite it all, they franchise tagged him through the 2020 season. His return is set to be just one piece in the rebuild of the Bengals offense, who are more than likely set to use their first overall pick on LSU Quarterback Joe Burrow. No matter which quarterback they choose to use their pick on, Green is sure to prove as invaluable to their progress as a rookie as they will be to the reboot of his own career. 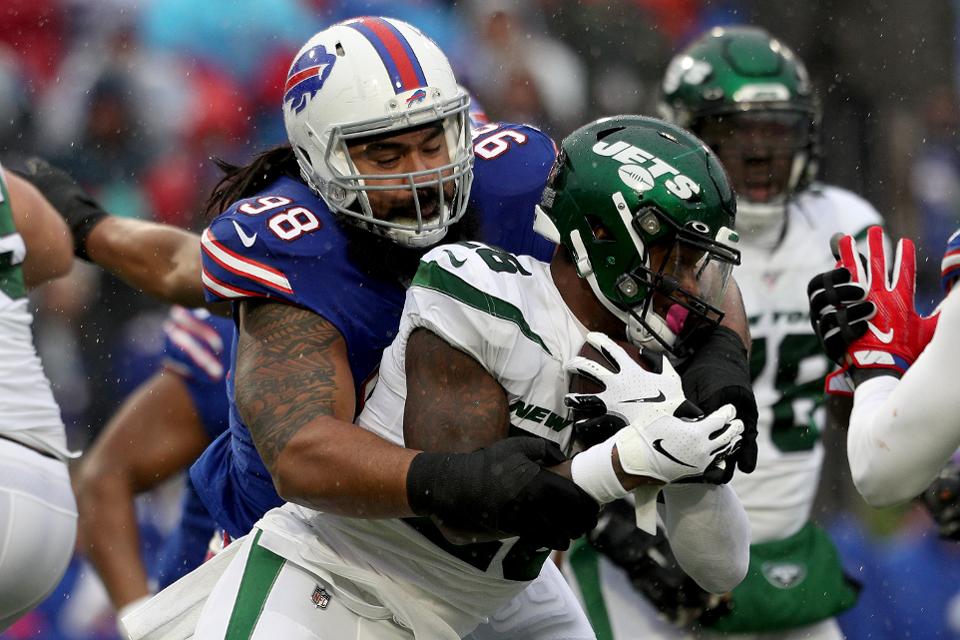 In the world of professional sports, there tends to be an unwritten rule: If you’re going to hold out of contracts, create a toxic relationship with your team, and miss a whole season of football to cap it all off, then you best make up for it on the field. While 2018 Bell talked a big game, 2019 Bell did not deliver. In his first season with the Jets, Le’Veon started 15 games and amounted to 245 total carries, however, managed just 789 rushing yards and 3 TD’s. For some running backs, these stats would not appear out of place, but for Bell, this was his worst season performance since 2015, in which he totaled 556 yards and as many touchdowns in just 6 games, with half the number of carries.

No injury. No suspension. Though it would appear Bell massively underestimated the toll that missing a whole season of football would have on his game, another clear issue was the Jets offensive line play. The league’s 5th worst offensive line unit (according to PFF) allowed an average of 0.7 rushing yards before contact – the worst in the league. Such conditions simply did not allow the ‘Great Hesitator’ to work his magic last season.

Lucky for Le’Veon, the Jets have not been shy about addressing their needs. During the Jets 2020 campaign, he will be accompanied on the field by a new and improved o-line, with the Jets having signed center Connor McGovern, LT George Fant, LG Alex Lewis, and RG Greg Van Roten in free agency. Furthermore, the Jets are expected by many to further bolster their line as early as the 1st round, with any one of Jedrick Wills, Tristan Wirfs and Mekhi Becton likely to be available at 11. When the draft is done with, I am confident that the Jets will have given Bell all he needs to return to greatness in 2020.