Each year, it is possible to describe a franchise in a phrase or a couple of words. Some teams are more obvious than others, so I decided to give it a try and describe each team with a single word. That’s right, just one word. Here, we’re going to focus on the AFC with the NFC following. So, let’s take a look at the words I chose for the 16 AFC teams: 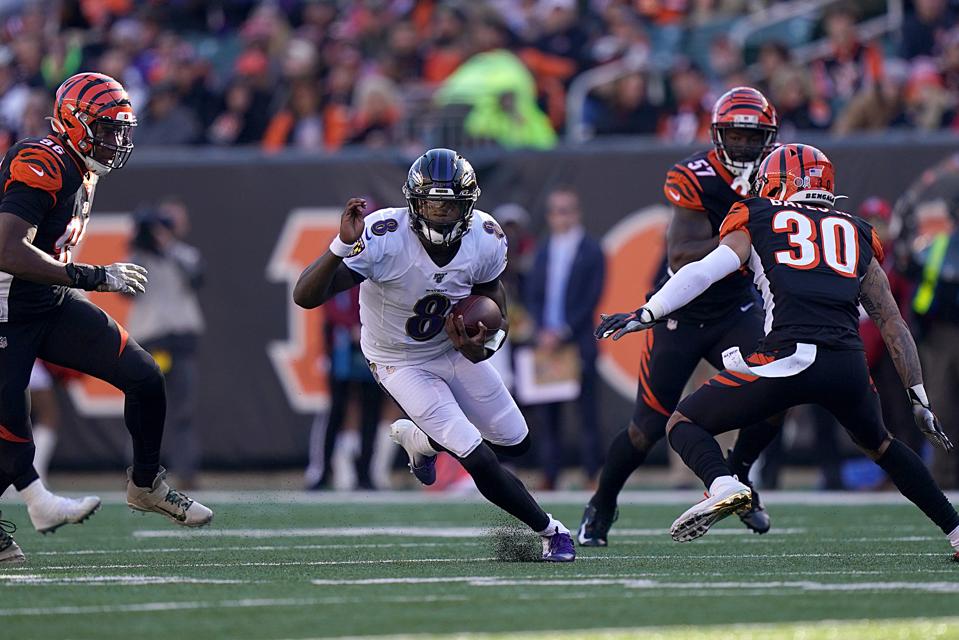 With Tom Brady gone, this is the perfect opportunity for the Bills to lead the AFC East. A new look to the Patriots, a Miami team rebuilding and questionable coaching in New York gives the Bills the keys to the division. They proved to be contenders last year after keeping up with New England for most of the season. I think they will be the new face of the division this year and for years to come (until the next Tom Brady appears).

Besides Tyler Boyd and a star running back in Joe Mixon, the Bengals don’t have much of anything. A rebuilding roster added Joe Burrow from the draft in hopes that they have their franchise quarterback. It will be a couple of years until the Bengals are back in contention, but getting guys like Burrow in the locker room will help Cincinnati in their rebuilding process.

What I mean by this is that the Browns have a lot of talent, but they still can’t win. They have stars like Nick Chubb, Jarvis Landry, and Odell Beckham Jr., but just can’t seem to put together a winning season. This year is a serious test for them, especially their quarterback Baker Mayfield. If he doesn’t perform well, he could be out of a starting job for Cleveland.

A lot of people are high on the Broncos on what they can do this year. The acquisition of Melvin Gordon gives the backfield a boost and some help for Phillip Lindsay. Cortland Sutton is a solid receiver and gets to work with two new rookies in Jerry Jeudy and KJ Hamler. It’s going to be a fun offense to watch and should be one that will only get better as time goes on. Are they a contender right now? Probably not considering the competition in the AFC, but they are a solid competitor for a Wild Card spot.

An extremely questionable offseason unfolded after one of the league’s best wide receivers in DeAndre Hopkins was traded away. In return, they received a banged up David Johnson and didn’t even get a first-round pick. The replacement for Hopkins is nowhere near the talent he possesses and it should be an interesting year for Deshaun Hopkins without a star receiver. Lots of head-scratching moves have come from Bill O’Brien, leaving Houston fans questioning their HC/GM.

I still think all Colts fans are all left with their jaws wide open after the stunning retirement announcement by Andrew Luck. I remember when it happened. I was at the Saints-Jets preseason game and when we found out, the whole stadium started screaming in disbelief. Now, the Colts are going to be led by Phillip Rivers who is an experienced veteran and will help with the development of Jacob Eason. Eason could potentially be their next starting QB and might even see a few snaps if Rivers does not produce.

On paper, this is arguably the worst team in football. There were spikes of hope last year with Minshewmania, but that came to a stop once the team began falling apart. I don’t think things get better for them this year either and they might have the first pick of the 2021 NFL Draft already locked up.

Patrick Mahomes is arguably the best quarterback in the league and looks to light up the field this season. They are the clear favorite to win the Super Bowl this year and will compete with Baltimore for the top seed. That game is going to be probably the best game all year in my opinion. But, they will try to defend their crown in a rising AFC West and a competitive conference.

Well, a new beginning for the Raiders calls for a new identity. The Gruden-Carr duo looks to get business going in their new home in Las Vegas. With Henry Ruggs III entering the picture, it gives more competition in the west and a new weapon for Derek Carr to work with. There also might be a new face for them under center if Carr underperforms. Marcus Mariota could have the opportunity to come in and revive his career just like Ryan Tannehill.

Chargers fans (the few there are) were going nuts when they heard Tom Brady was leaving New England for a new team. Unfortunately, Los Angeles was not his destination. This left all their fans disappointed and sad that they don’t get the best quarterback of all time. On the bright side, they did take Justin Herbert with their first-round selection this year. Herbert should see a lot of action this year and will likely take over for their dual-threat quarterback Tyrod Taylor.

Dolphin fans were extremely disappointed after last year’s fiasco. They were in prime position to tank for the 1st overall selection, but got going at the end of the year and blew their opportunity to have the 1st pick. After their slew of draft picks, the Dolphins have built their team for the future and are ready to get to work. Brian Flores has changed the culture in the locker room and brought in a positive mindset. Their fans should be very excited about what the future holds for the team.

Since Tom Brady left, I think the Patriots have been one of those teams you forget exists. Jarrett Stidham will be taking the snaps and some people don’t see them as a strong team next year. I think with help from Bill Belichick, Stidham should shape into a good quarterback. For now, the Patriots are going to have to prove that they can win even without Brady. I think they will be in the playoff race up until the final parts of the season and if they do make the playoffs they certainly won’t be the threat they normally are.

I tried to think of a better word for the Jets, but I couldn’t think of one. They did finish 7-9 last season, but I am not confident in Adam Gase leading them to the postseason. New York did address a position of need in the draft as they took OT Mekhi Becton and a receiver in Denzel Mims, but the coaching is holding me back. Hopefully, they prove me wrong, because I really like Sam Darnold and think he can do a lot in the playoffs and maybe win a Lombardi Trophy.

It’s time for Pittsburgh to get back into the playoffs. Head coach Mike Tomlin did a great job at keeping them in the playoff race despite not having his quarterback Ben Roethlisberger. If Big Ben returns healthy and ready, then the Steelers should have no issue getting that talented roster back in contention. They can put 2019 behind them and move on from the helmet slugging and focus on rebounding in 2020.

I couldn’t decide between the words “running” and “Cinderella”, but I went with Cinderella for a couple of reasons. I like a good Cinderella story in sports, just like the Giants ‘07 and ‘11 Super Bowl runs and the #11th seeded Loyola-Chicago’s run in the 2018 March Madness tournament. But, the Titans did make magic in the playoffs after knocking off New England and stunning top-seeded Baltimore. They are going to use that momentum along with Derrick Henry’s ground game to contend for a division title.