Week 6 is officially in the books with a mixture of really close games, and some that just weren’t close at all. This week marked the first bye week, with teams like the Falcons, Jets, Niners, and Saints all taking a rest. We are finally at a point where we see what teams are for real and which ones are pretenders, though there is still plenty of football to be played. Instead of the typical takeaways for every game like I’ve done in the past for this series, I will be highlighting only the main things we learned this week. 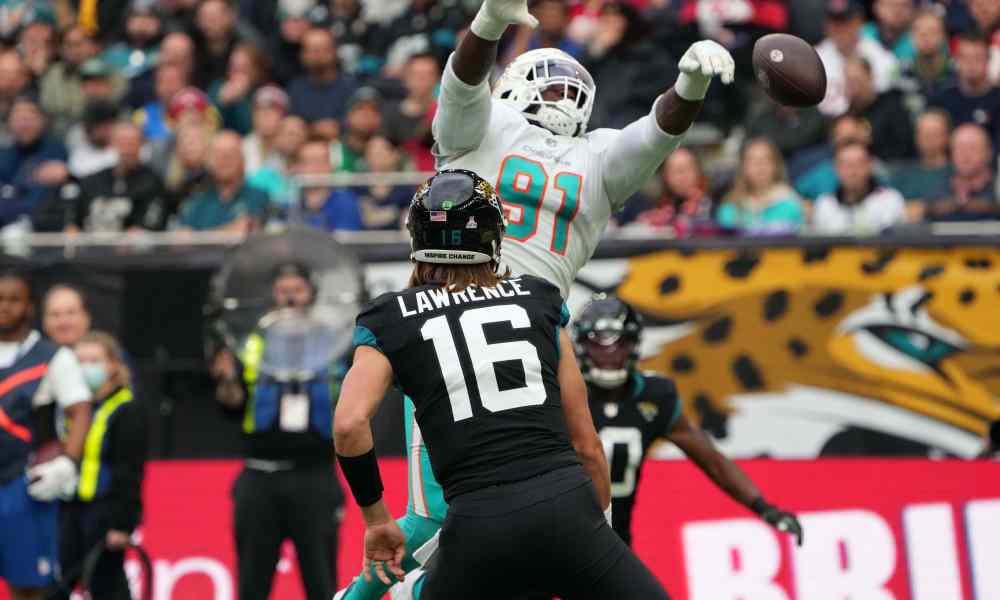 Miami is in Trouble

It was great to see Tua back in action, but his solid return where he threw over 300 yards and 2 TDs isn’t going to be talked about. The Dolphins were the Jaguars’ first win and the bragging rights for second place in Florida has gone to Jacksonville. The offense goes stale too often, and the defense just can’t seem to get out of its own way. A very troubling difference to the team that was filled with so much potential after a 10-6 season last year.

Carolina is a prime example of why you don’t overrate teams early in the season. After their 3-0 start and a really good showing from Darnold, the team just flat out fell apart and lost 3 straight. They do well in the first half but are just so bad in the second. Sam Darnold went from a guy who potentially saved his career, to the same guy from the Jets. In his last 3 games, Darnold is 64 for 117 with 3 passing TDs and 6 picks, being sacked 13 times. Got to be a scary sight for Panthers fans. 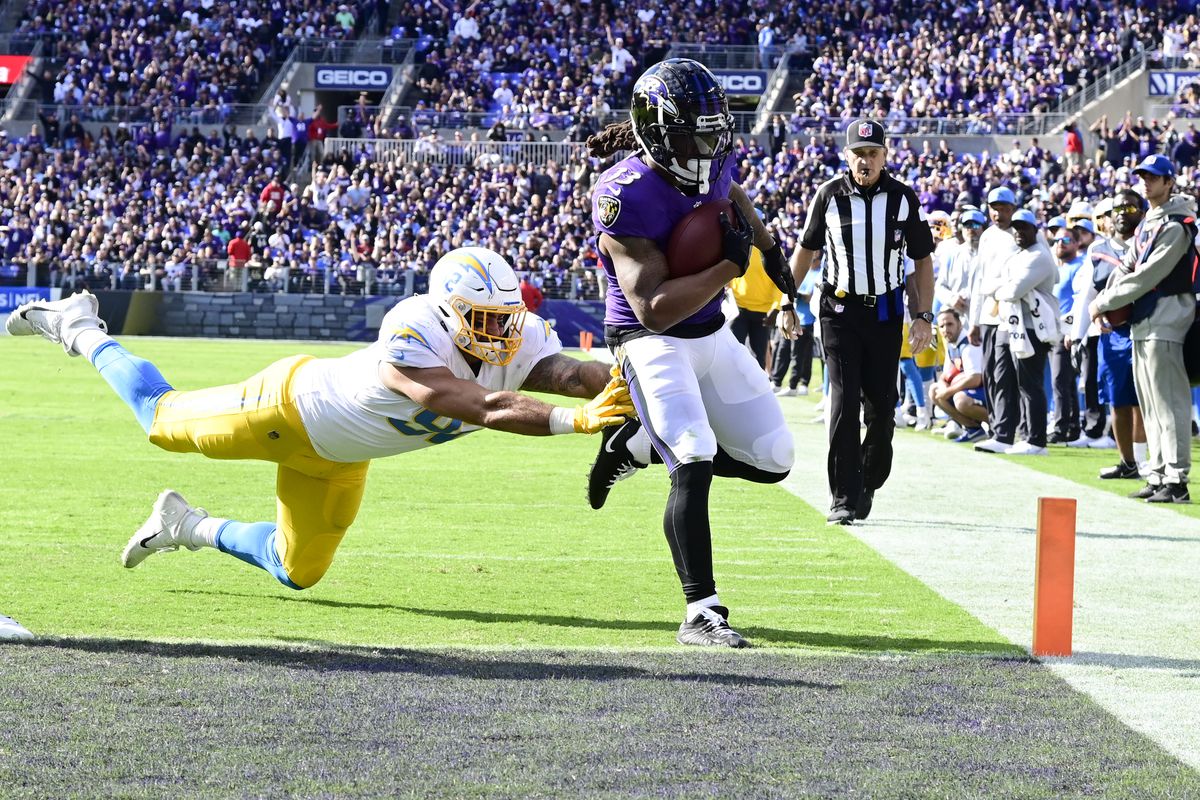 This Baltimore team just keeps finding ways to win after their lone loss to the Raiders. This one was simply a showcase of overall strength as a unit despite Lamar’s off game. The defense did well to stop the Chargers, who came into this game red hot on a streak of their own. The Ravens keep finding ways to run even after all their injuries, and that defense keeps getting stronger. Call it too soon, but I think this team is legit.

Stafford and His Rams Are Serious

Yes, they beat the Giants, but who cares. Stafford threw another 4 TDs (2 to Kupp) and their defense forced 3 INTs. The lone loss to the Cardinals is the only flaw on their resume, but should they run into each other again, LA should be victorious. They just keep showing why the move for Stafford was made. 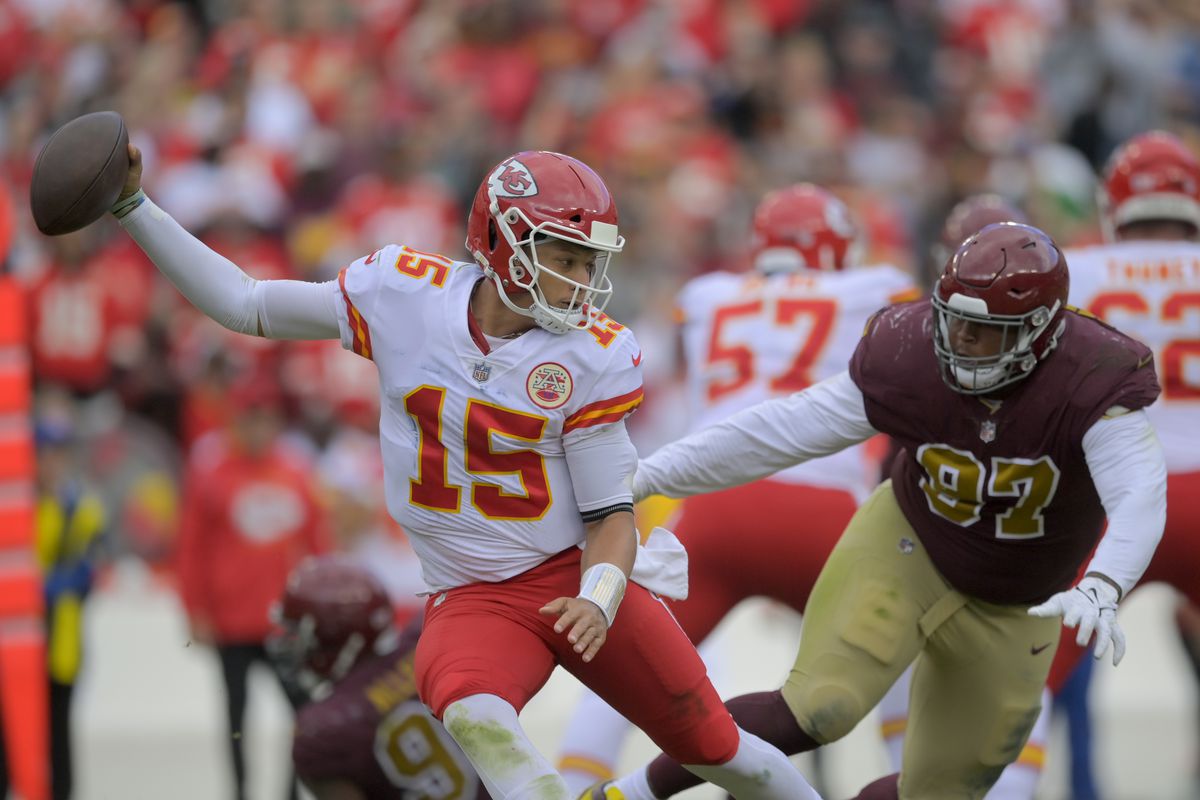 For once, the Chiefs actually won by a solid margin, and despite his two picks, Mahomes looked like himself by making some spectacular throws. The defense allowed the lowest points (13) it has all season, but still can’t seem to get a sack. They produced a turnover, but the inability to get to the QB is a huge blow and is one of the main reasons their defense as a unit gets torched, they allow too much time for QBs to throw. They sit dead last in sacks per game and their defense is still among the worst in the league. A great win for confidence, but Kansas City still has a lot of work to do.

Arizona Stays Perfect… but Against a Depleted Browns Team

Congrats to Arizona for going 6-0, defying a ton of odds cast their way at the beginning of the season. The team looked decent out there but the Browns weren’t really a test as the injury bug plagued them. Don’t be shocked if they go 7-0 against Houston, but a real matchup is looming against Green Bay in two weeks. 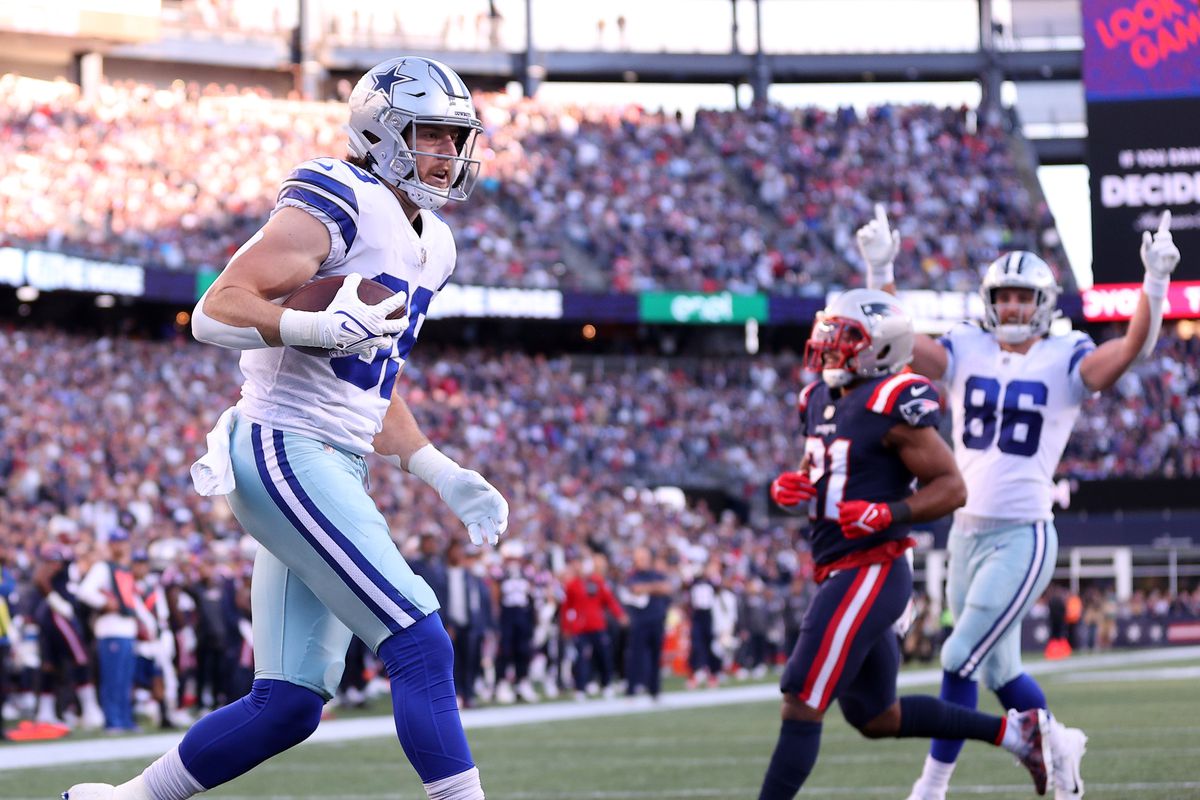 I mean, when it comes to beating expectations this Dallas team is up there. They move on to 5-1 with their lone loss coming by the hands of reigning champs Tampa, in a close one. Since then, this team has just gotten better. The defense took a MAJOR turn at the hands of Dan Quinn and just continued to look good. The offense made by the Jones’ looks unstoppable as they have a top line, two stellar backs, an elite WR core, and a healthy Dak. This OT W in a tough environment only adds to the feeling that this team is for real. When it comes to Dallas, you usually never care because it somehow always falls apart. Could this be the season they do more than they have in 20+ years? 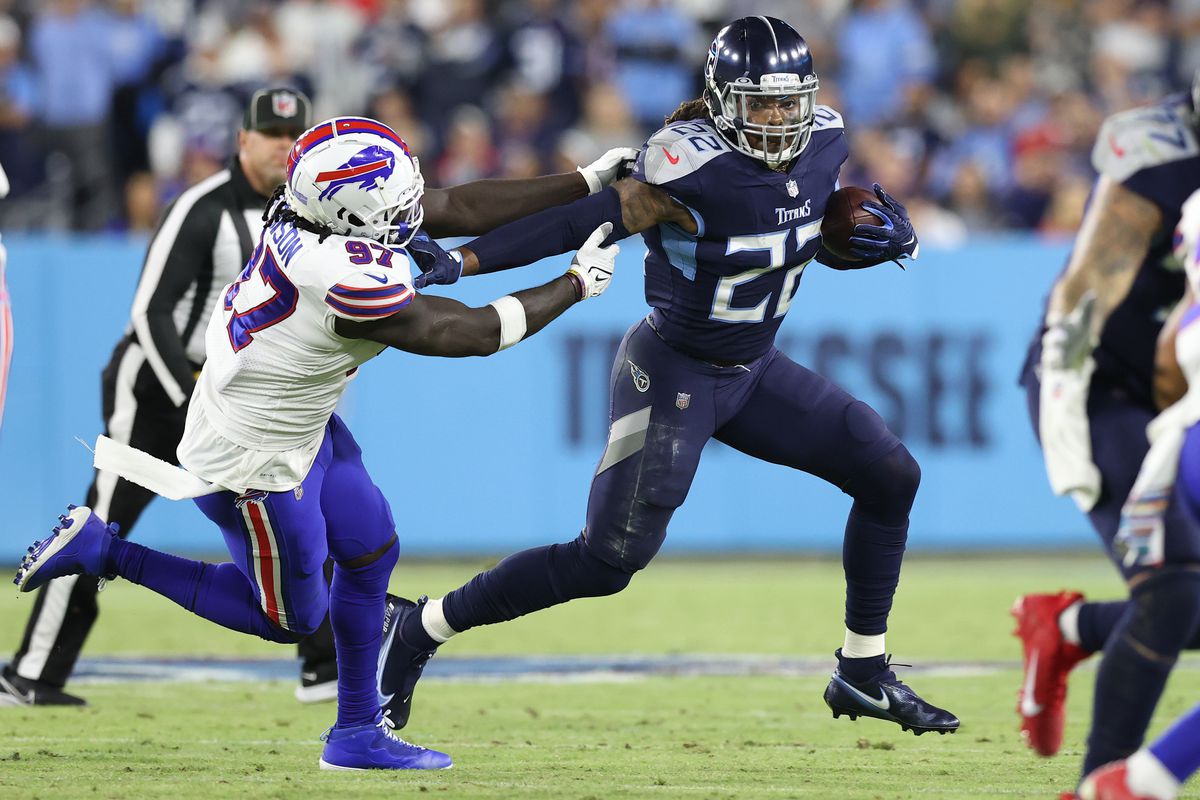 Bills Lose, but They Are Still the Team to Beat in the AFC

What a game. Just an absolute battle between two tough teams, and an absolute clinic for Derrick Henry, AGAIN. He rushed for 3 TDs and ran for over 140 yards, literally carrying his team run by run. The defense did well against a really good Bills offense which is a good sign because that defense needs to be able to pull its weight in comparison to the offense. Although Buffalo lost, that team still ain’t no joke. And even with Baltimore playing the way they are, it still feels like the AFC Championship will see the Bills once more. A bitter loss, one where the ground game just wasn’t giving, but a humbling one Buffalo can and will learn from.