What a week for NFL action. Like other weeks past, week 10 had its fair share of upsets and big blowouts. I think the biggest takeaway on top of everything else, however, is the amount of “statement” wins we saw. Whether it’s a team that had a lot of misfortunes this year and finally got a big win, or teams who slipped up recently and bounced back on track, the statements were loud and clear. Below are takeaways to some of the biggest games this weekend. 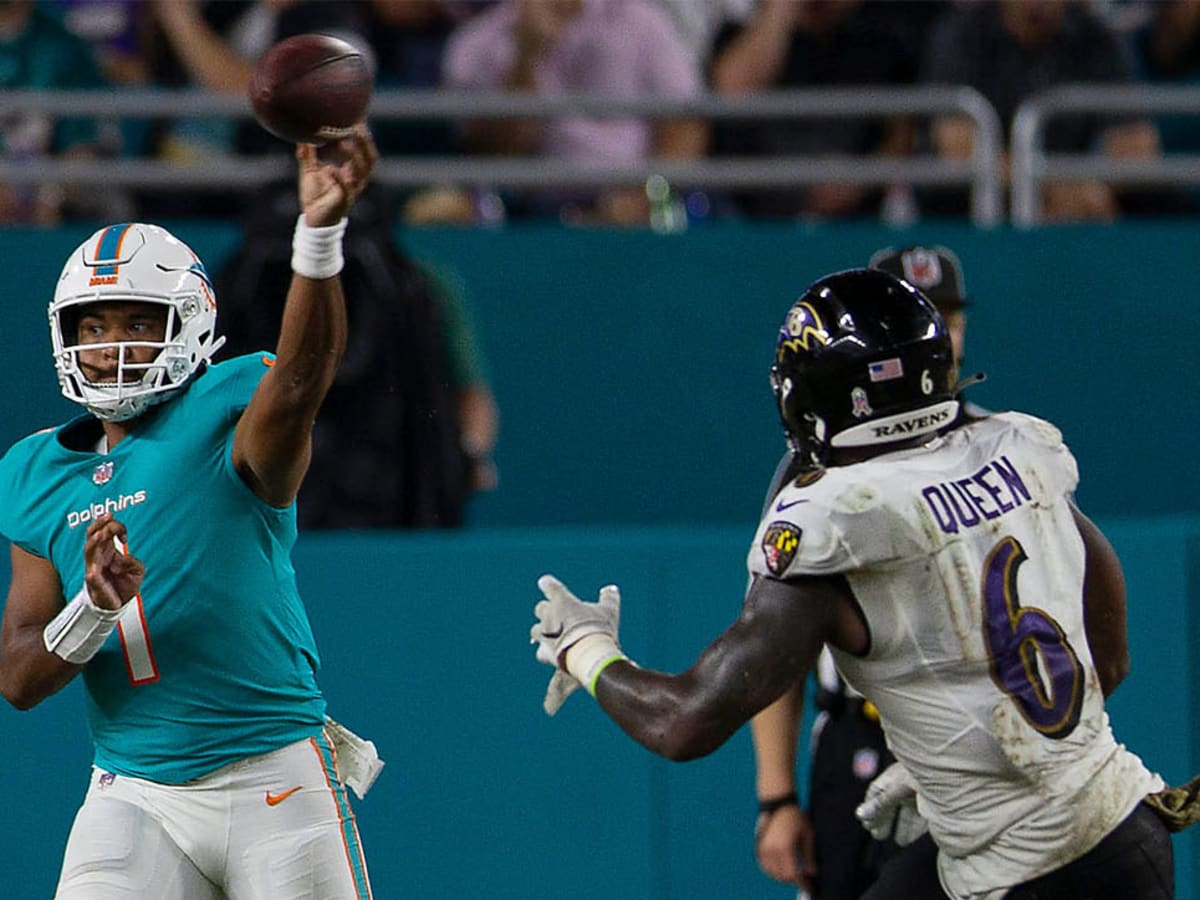 Now I know I’ve been a little harsh on the Dolphins throughout this series, but this win over Baltimore is gonna keep me quiet for a bit. The Dolphins always had a team capable of winning, but just failed to execute and live up to the expectations they put up after their big season last year. Thursday night, though, was a HUGE win for them. Going toe-to-toe with an AFC favorite and stifling their run offense, that’s gutsy. The defense for Miami was the biggest winner, forcing a fumble (recovered), forcing an INT, getting to the QB with 4 sacks, and scoring a TD. On top of that, hats off to Tua who was listed as the backup QB in an effort to continue to nurse a fractured finger, and came into the game after Brissett got hurt. He did what he had to do and he helped his team get the dub. Wins like this go a long way.

The Titans currently hold the crown of most consecutive wins in the NFL right now, winning their 6th straight after a narrow win against the Saints. This win wasn’t anything special in particular, but it was yet another game where someone else had to step up and lead the team. Last week it was the defense, this week it was Ryan Tannehill. He played a very safe game, throwing for just under 220 yards and a TD along with a score on the ground. The run game is still a process, but after losing their best player, it’s understandable. The mission for the Titans is still the same; stack wins, and have guys step up. 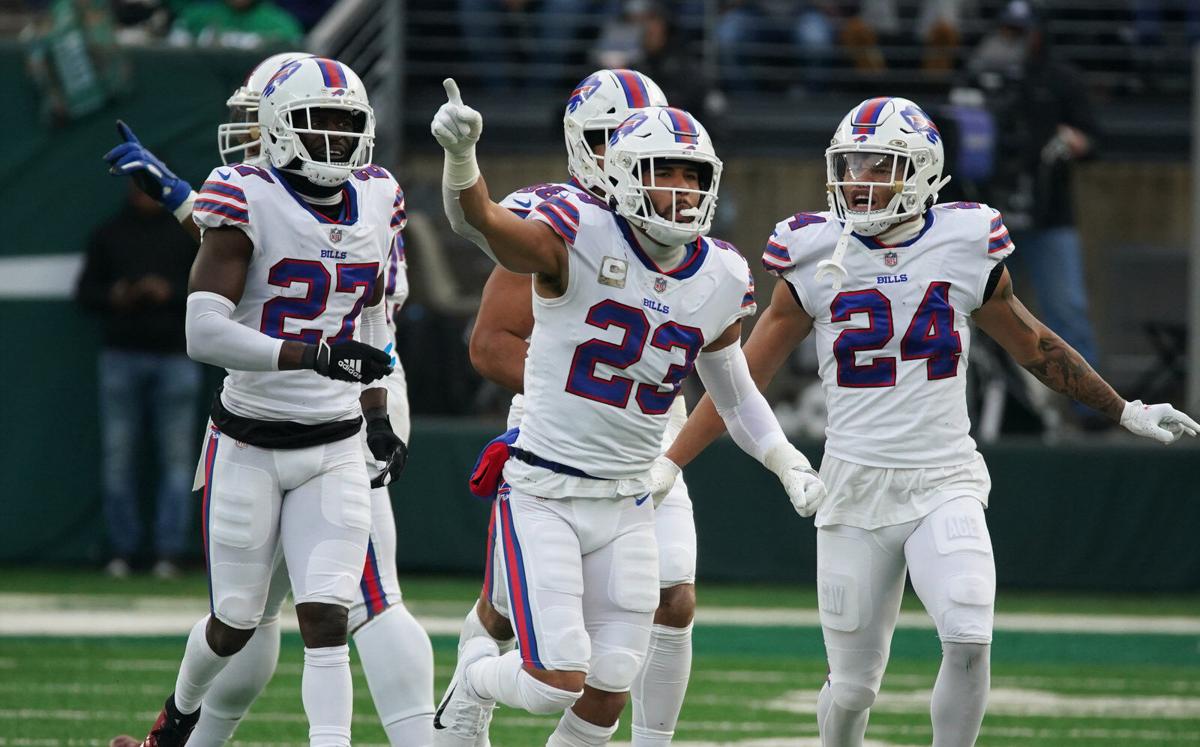 One of, if not the biggest, disappointments last week was the Buffalo Bills. Losing to the Jags in a game NO ONE had Jacksonville winning was sad, but a wake up call. How did the Bills answer the call? With an offensive barrage, with 4 different players rushing for a TD and Josh Allen throwing for 366 yards and 2 TDs. Not much else to say. The Bills are back, but whether that momentum can hold up is still in the air. 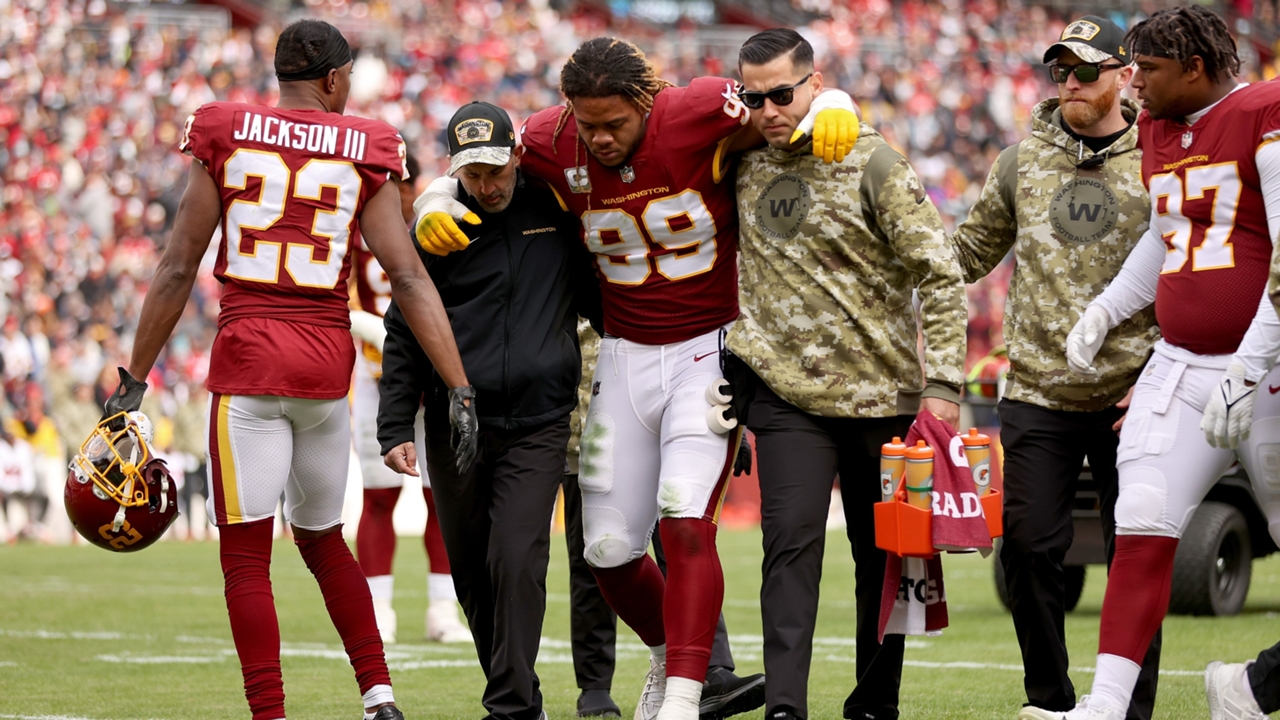 No, the Football Team did not lose the game on Sunday at all. In fact, Taylor Heinicke finally got his much deserved win against the Bucs, this team in the regular season. The defense played aggressively and forced two picks, and they also didn’t allow the run game to really do anything for Tampa, holding them to just under 55 rush yards. Brady looked really uncomfortable out there and Washington understood the assignment. The “loss” comes from losing Chase Young to a torn ACL. Although his numbers are a bit down from last year, losing such a destructive and talented defensive player with 7 games left to play is hard. Hope he can get better soon and come back stronger.

Oh No, the Patriots Look Legit

This is definitely troubling for fans who hate New England and their dominance of the last 20 years. Right now, that defense is looking SCARY. Forcing a pick, sacking the QB 5 times, and allowing the Browns to score just 7 points. Now yes, we know the Browns aren’t fully healthy and that has been a story throughout this season, but the Patriots won that game, and they did it by outplaying Cleveland. Mac Jones continues to play the system well, throwing for 3 TDs and just under 200 yards. Brian Hoyer, yes you read that right, even got himself a TD throw to add more embarrassment to Cleveland. Rhamondre Stevenson took advantage of the extra PT because of injuries and carried the ball for 100 yards and 2 scores. Just a complete win by the Pats who moved to 6-4. If they had taken care of the Bucs and Cowboys at home, two extremely close games, they could have easily been 8-2 and been on top of their division with Buffalo. They have all the praise and momentum right now, but can they execute the rest of the season?

Much like Buffalo last week, the Cowboys were victims to an upset loss. And just like the Bills this week, they make up for it with a huge win over Atlanta. Not much to say here. Dallas looked solid on offense, and spectacular on defense. Dak threw for 296 and 2 TDs, CeeDee snagged those TDs and also had 96 yards on the day, and Zeke added with 2 rushing TDs. The defense played an amazing game too, allowing just 3 points and getting 3 picks, 2 sacks, and a defensive TD. Just a complete game for a team who needed it after last week. Maybe an overreaction, but definitely a sight to see as Cam Newton played in his first game back as a Panther. His return saw little action for him, but enough to contribute two TDs en route to knocking off the Cardinals in dominant fashion. This Carolina team is really talented up and down the roster, and they can easily be competitive if they get things figured out on offense and close out games well on defense. Cam Newton isn’t the elite QB we all knew before, but his return sparked something for the Panthers. You can literally see a different vibe from them, and a 34-10 win is a statement win after all the troubles they had week after week lately. Maybe Cam is the X-factor for this team, even if that means just as the locker room leader. 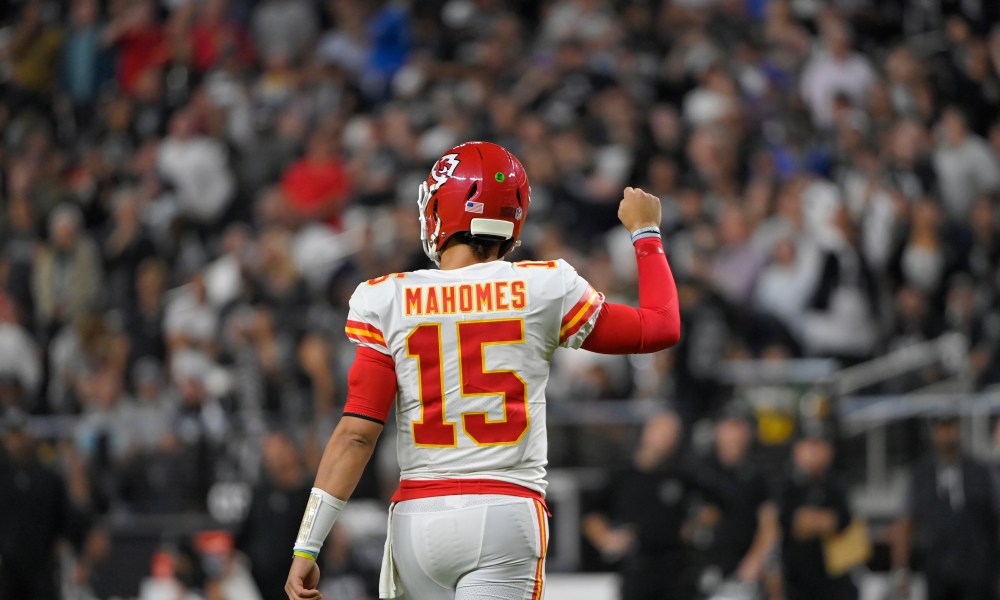 It took the Chiefs 10 weeks to finally look like the Chiefs. A 41 point barrage on the road is just what the rest of the world needed to see from them to finally start believing in them again. Mahomes looked like the MVP-caliber guy we were used to before, throwing for over 400 yards and 5 TDs. Kelce, Williams, and Hill all looked really sharp too, making Mahomes’ job easier. The Raiders were stunned, with the run game being virtually nonexistent as all 3 rushers (Carr, Jacobs, Drake) ran for under 20 yards each. Just couldn’t react in the second half after they were outplayed in the first. Chiefs still got work to do, though. The run game still needs a lot of work to be done, but that is a week-by-week thing. When your offense does this good, it doesn’t matter till it gets exposed. So hopefully the Chiefs can get it together. Until then, what a win.

What a huge loss for LA on Monday night. Absolutely outclassed by the 49ers. Stafford looked really bad for the second week in a row. He threw two INTs with one resulting in a pick-six and the first one resulting in a TD for the Niner offense. Cooper Kupp balled out again, hauling in 11 catches for 122 yards but no score. Odell caught 2 catches for 18 yards in his debut, but a loss isn’t what he expected. The Rams also didn’t bother running the ball, having just 10 carries all night. The Niners pulled off a huge statement win. The run game was sturdy, and Deebo looked like a top 10 WR, having 133 total yards and 2 TDs on 10 touches. The defense also came through, forcing 2 picks early (one for a score) as well as sacking Stafford twice. They played aggressive football all night and set the tempo early to help the offense out. Big win, big statement for a Niners team that is eager to turn their season around. Biggest takeaway here, though, is that the Super Bowl favorite Rams look really bad right now.