A Look at a Wild NFL Wildcard Race 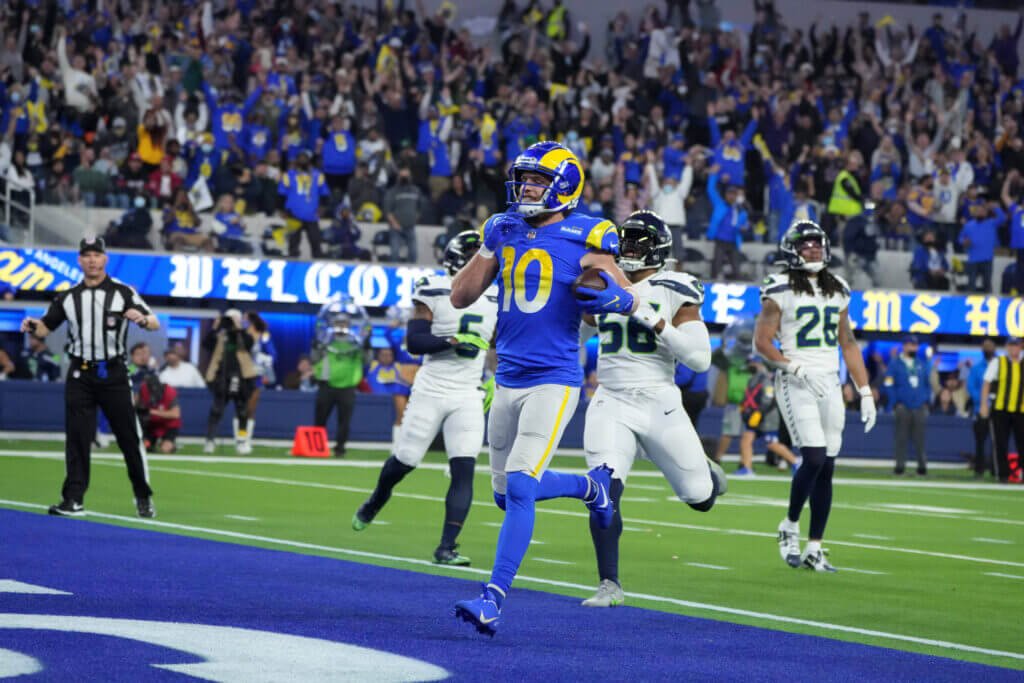 With three weeks to go in the regular season, the race for the three wildcard spots in each conference is as close as ever. A record 13 teams have a record of .500 or better in the AFC  meaning there is sure to be chaos over the final three weeks. The top two wildcard spots in the NFC appear to be locked up, but lots can change in one of the craziest NFL seasons we have had in years.

With Tuesday’s win over the Seahawks, the Rams have all but clinched a spot in the playoffs. By virtue of their win and the Cardinals’ loss to the Lions, the Rams are also tied for first in the NFC West. Quarterback Matt Stafford seems to have been the missing piece for the Rams and wide receiver Cooper Kupp is unguardable right now. Wherever the Rams end up in the postseason, watch out.

Remaining schedule: at Vikings, at Ravens, vs. 49ers

After starting the season 3-5, the Niners have reeled off wins in five of their past six games. Their resurgence has been fueled by a healthy George Kittle and Deebo Samuel’s ability to play all over the field. There are still lots of questions about quarterback Jimmy Garoppolo’s ability, but the 49ers should be a lock for the playoffs even with two tough road games to finish the season.

Remaining schedule: at Titans, vs. Texans, at Rams

The Vikings beat a spiraling Bears team Monday night to take over the seventh seed in the NFC. They hold the tiebreaker over both the Saints and Eagles which gives them the seventh seed for the time being. Wide receiver Adam Thielen is set to make his return from an ankle injury, giving the Vikings a big boost on offense.

Remaining schedule: vs. Rams, at Packers, vs. Bears

The Saints find themselves tied for seventh seed thanks to a shutout win over the Buccaneers on Sunday Night. Despite losing quarterback Jameis Winston for the season and missing running back Alvin Kamara for portions of it, the Saints have managed to stay in the race. They don’t play a team with a winning record the rest of the way, putting them in prime position to snag the seventh seed.

Remaining schedule: vs. Dolphins, vs. Panthers, at Falcons

The Eagles came from behind to beat Washinton on Tuesday night to move to .500. Jalen Hurts is the leading rusher and passer for the team in his first year as the starter. The Eagles have the best rushing attack in the league, averaging 165 yards per game. Three games against division opponents await the Eagles to finish the season.

Remaining schedule: vs. Giants, at Washington, vs. Cowboys

After winning four straight, the Football Team has lost two straight to divisional opponents, putting in jeopardy their playoff hopes. Washington was without a large portion of their team due to Covid-19 against the Eagles which severely impacted their chances of winning. They need to win out to have any shot at the playoffs.

Remaining schedule: at Cowboys, vs. Eagles, at Giants 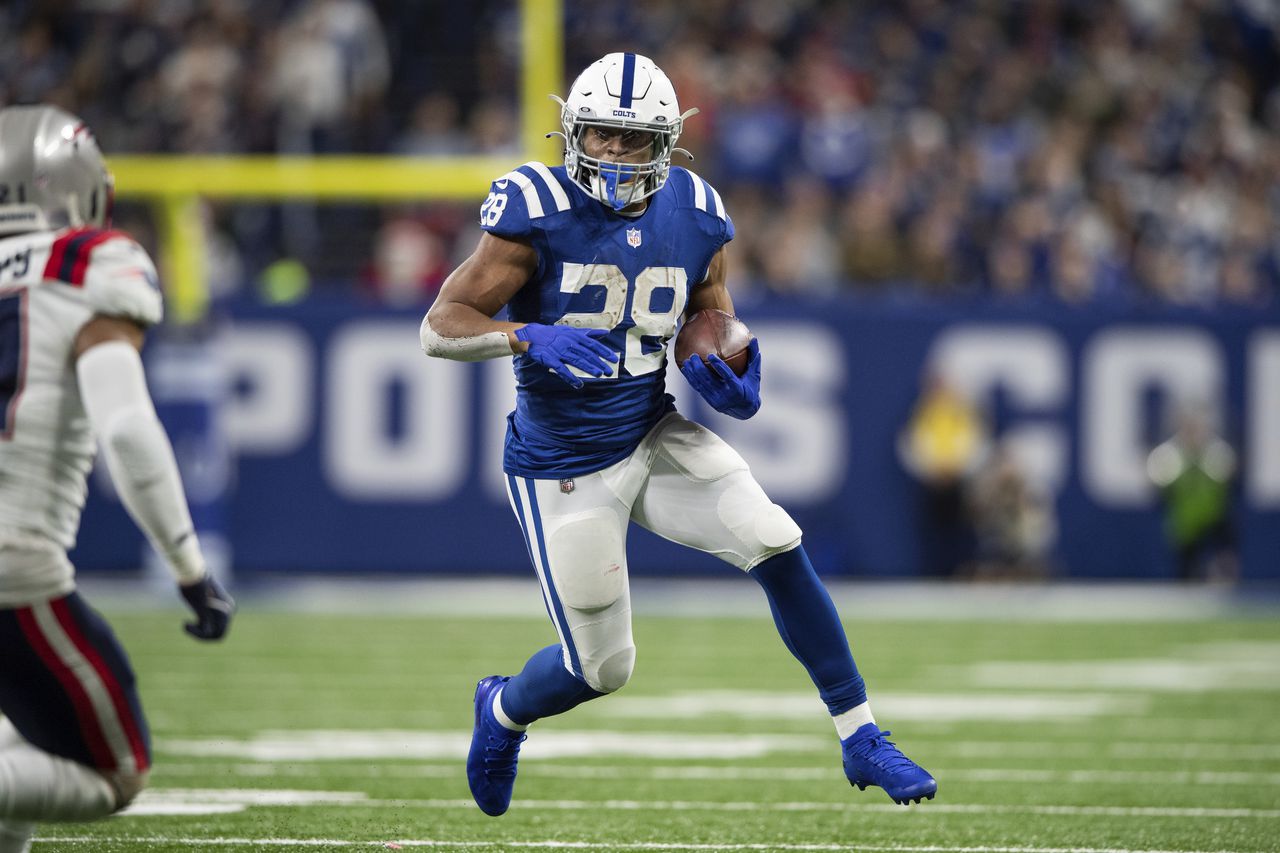 After starting the season 1-4, the Colts have turned it around thanks to Jonathan Taylor playing like an MVP candidate. Taylor is unstoppable right now. He has over 1,500 rushing yards with three games to play. Quarterback Carson Wentz has played better of late, and his play will be key if the Colts are to make a run. The Colts are a team nobody wants to face in the playoffs.

Remaining schedule: at Cardinals, vs. Raiders, at Jags

The Chargers lost a heartbreaker on Thursday night but still sit in a great position to make the playoffs. Quarterback Justin Herbert is having a stellar sophomore season and is third in the league with 32 passing touchdowns. They have a plethora of offensive playmakers in Austin Ekeler, Keenan Allen, and Mike Williams, but their 28th ranked rush defense could hurt them down the stretch.

Remaining schedule: at Texans, vs. Broncos, at Raiders

The Bills currently hold the seventh and final seed but still control their destiny in terms of winning the division. If the Bills only have one win over a team with a winning record, but if they beat the Patriots on Sunday they will move into first place in the AFC East. Josh Allen is having another great season but has struggled against tougher competition. He has nine touchdowns and six interceptions in losses this year.

Remaining schedule: at Patriots, vs. Falcons, vs. Jets

The story surrounding the Ravens would be much different if they had converted a pair of two-point conversions the past two weeks. Back to back one-point losses put the Ravens on the outside looking in. Baltimore has been ravaged by injuries this season, but has a chance to get back into first place when they travel to Cincinnati to play the division-leading Bengals.

Remaining schedule: at Bengals, vs. Rams, vs. Steelers

The Steelers continue to find ways to win games. Pittsburgh was outgained by 150 yards on Sunday but was able to pull out the win thanks to their defense forcing four turnovers. The Steelers are only a game out of the playoffs but have the toughest remaining schedule of any team in the hunt. With a coach like Mike Tomlin, anything is possible.

Remaining schedule: at Chiefs, vs. Browns, at Ravens

The Raiders moved back to .500 thanks to a last-second field goal by Daniel Carlson. Despite the victory, the win shouldn’t inspire much confidence as Las Vegas barely beat a team decimated by Covid-19. With only two wins in their last seven, Derek Carr and company face an uphill battle in a crowded AFC wildcard race.

Remaining schedule: vs. Broncos, at Colts, vs. Chargers

The Browns were a missed field goal away from being in first place in the AFC North, but they now sit in last. Cleveland was one of the hardest-hit teams by Covid-19 this past week, yet they still almost pulled out the win. The Browns will need as many healthy bodies as possible when they travel to Green Bay to take on the league-leading Packers.

Remaining schedule: at Packers, at Steelers, vs. Bengals

Don’t look now, but the Dolphins are back at .500 and very much in the wildcard race. Winners of six in a row, Miami is the hottest team in football. During that winning streak, they have only beaten one team, the Ravens, with a winning record. Quarterback Tua Tagovailoa will be put to the test with three games against top 13 defenses to finish the year.

Remaining schedule: at Saints, at Titans, vs. Patriots

The Broncos sit at .500 yet are in 13th place in the AFC, which speaks to the competitiveness of the playoff race this season. Denver faces an uphill battle the rest of the way with three games against divisional opponents. To make matters worse, quarterback Teddy Bridgewater will miss their next game due to a concussion.

Remaining schedule: at Raiders, at Chargers, vs. Chiefs

Previous articleJacksons NHL Week 10 Power Rankings
Next articleWhat Kind of Offense Does it take to win the Super Bowl?