The AFC North is probably the funniest division in football. We have the Browns, just a laughable franchise in and of itself. We have the can’t-win-a-playoff-game Bengals, who have five consecutive first round exits in this decade alone. We have the drama-prone Pittsburgh Steelers, who somehow couldn’t win a championship with Big Ben, AB, and Le’veon Bell all at the height of their respective careers. And finally, we have the “Joe Flacco is elite” Ravens, who love scandals almost as much as the Steelers (Ray Rice and Ray Lewis, for if you’re racking your brain). Now, by no means are the subject matter of these scandals funny, but the fact that all these teams are in the same division is just hilarious. So let’s see who KILLED it… for these teams this past decade (I know I said it’s not funny, but those Ray Lewis murder jokes never get old). 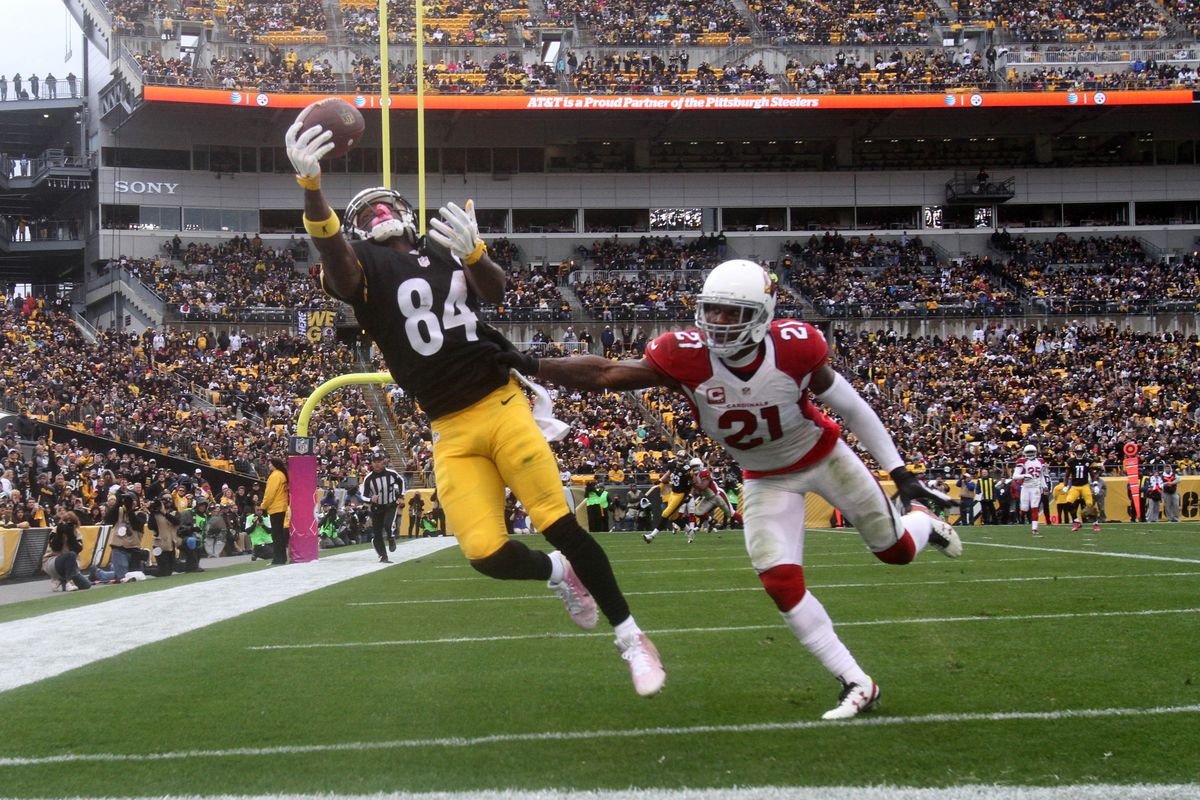 Antonio Clown, my favorite mental patient in the NFL, that is, if you still consider him part of the NFL. All jokes aside, Brown was, indisputably, a top-2 receiver in the league this past decade and has accomplished unthinkable things for a sixth-round pick. Brown played for the Steelers from 2010-2018 and in that time, Brown punched a ticket to seven Pro Bowls and earned four straight First-Team All-Pro honors from 2014-2017. Brown had seven seasons where he played in 14 games or more; he reached 1,000 receiving yards in every single one of them. Not to mention, Brown led the league in receiving yards twice, receptions twice, and touchdowns once. Antonio Brown was the definition of dominance in the 2010s.

Brown’s stats from this past decade are unbelievable. In 130 games, Brown recorded 837 receptions, 11,207 receiving yards, and 74 receiving touchdowns. That means that per game, Brown was averaging 6.4 receptions, 86.2 yards, and 0.57 touchdowns. If you add up those averages and apply them to a full, 16-game season, Brown would have averaged just around 102 receptions, 1,379 yards, and 9 touchdowns. And remember, this includes the nine games in his rookie year during which he only recorded 16 receptions for 167 yards and 0 touchdowns. That’s just absolutely ridiculous. His total production and efficiency are just unmatched by any receiver in this past decade. Although the Steelers didn’t win a Championship with AB, their playoff runs would not have been possible without him.

Brown was the clear choice for this award because, well, the stats speak for themself. Actually, that’s not true because AB really likes to speak about his stats, and his coaches, and his teammates, rarely in a positive light when it comes to the last two. But seriously, Brown was a machine for the Steelers this past decade and I hope he gets the help that he needs. 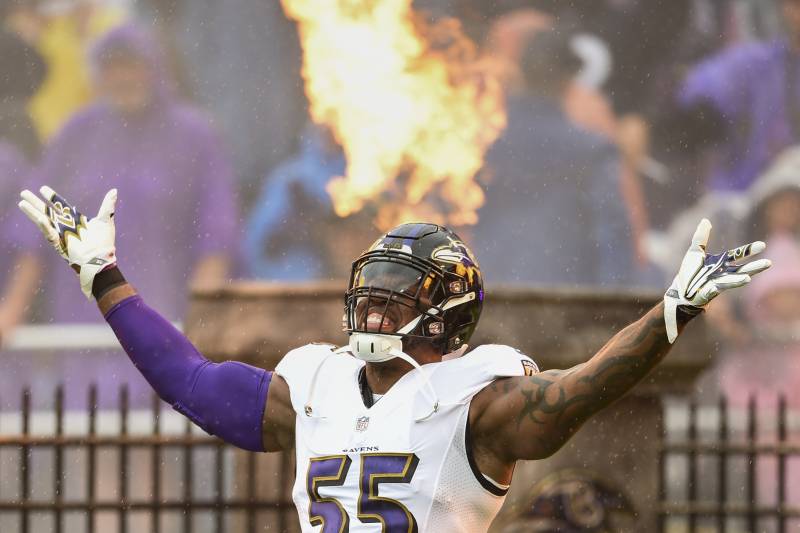 The Ravens enjoyed a steady and consistent stream of production from Terrell Suggs from 2003 all the way through 2018. Suggs has truly been one of the most skilled sack artists in the league since his rookie year, during which he recorded an astonishing 12.0 sacks while only starting in one game. Suggs didn’t slow down after that either. He managed a second double-digit sack season in his sophomore campaign and just kept riding that momentum for about 14 more years. Suggs never had an actively bad season in his 16 years playing for the ravens; even when Suggs was well into his 30s, his impact was both clear and significant.

During the 2010s, Suggs earned a ticket to four Pro Bowls, earned one First-Team All-Pro honor, and had five seasons with double-digit sacks. In Suggs’ 120 games for the Ravens last decade, he recorded 27 PDs, 17 FFs, 75.0 sacks, 419 total tackles, 105 TFLs, and 139 QB hits. Suggs missed a little over a season and a half to injury, so it would be an inaccurate representation of his efficiency to average those stats out on a per-season basis. Instead, I’m going to calculate his stats on a per-game basis and add up what his totals would be in a full, 16-game season. So, based on his per-game stats, Suggs would have had 3.6 PDs, 2.3 FFs, 10.0 sacks, 55.9 total tackles, 14 TFLs, and 18.5 QB hits. That’s a really solid season and it certainly showcases Suggs’ longevity, as he was able to keep those numbers up in his 30s.

The Ravens had a bunch of talent this past decade, but most of their stars left after 3-5 years at the beginning of the decade. Haloti Ngata, Ray Lewis, and Ed Reed all had a huge impact on the franchise and their 2012 Super Bowl. However, Suggs’ productive, nine-year tenure with the team really secured the award for him. 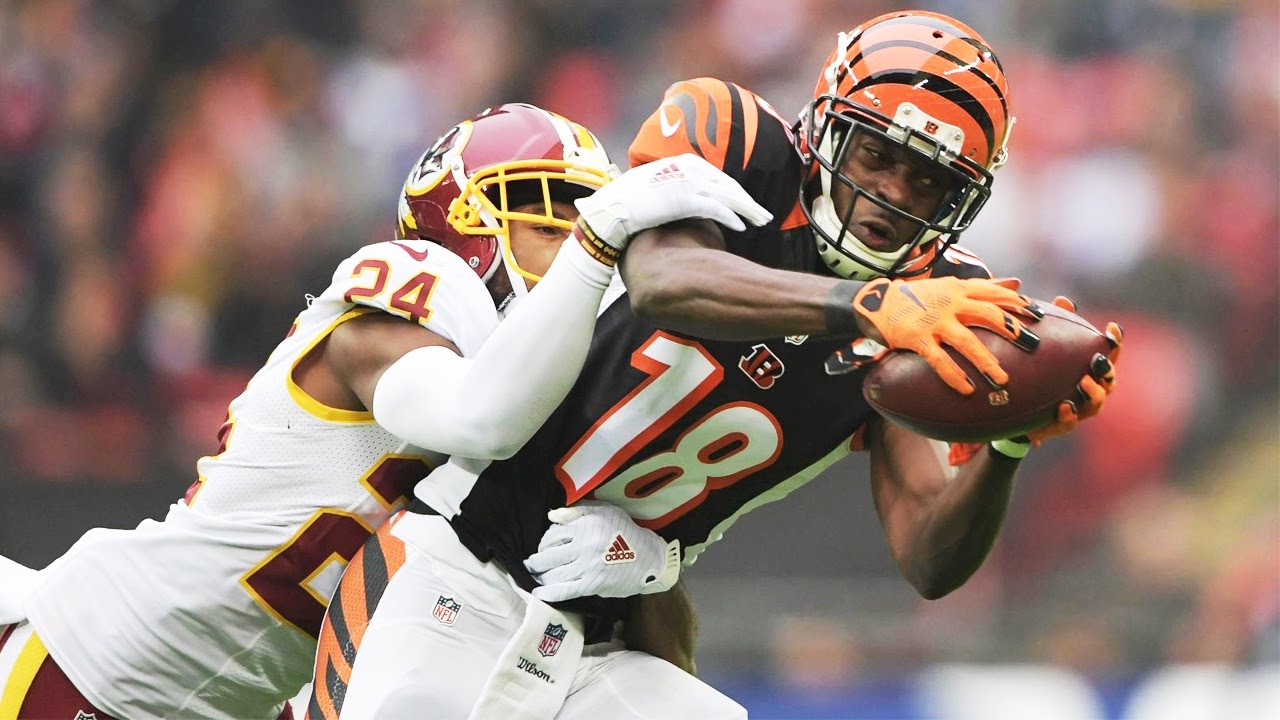 A.J. Green is one of the few receivers in the league that is never truly covered. I won’t say that he’s always open, because that’s not true, but he’s never completely out of a play. Green, along with guys like Julio Jones, and Mike Evans, have the speed, awareness, height, and athletic ability to stay in every play no matter how many defenders are draped on their backs. That presence alone is enough to torture opposing defenses. Green is special because he doesn’t just affect the team with his own performance; his presence affects the entire offense. Green can stretch the field deep with blazing speed, clearing up space in underneath zones, he can attract attention moving laterally, opening up deeper or shorter zones depending on depth, plus he can get himself open with pristine route running. A.J. Green is a gift that the Bengals squandered with mediocre seasons.

A.J. Green made seven straight Pro Bowls to start off his career. From 2011-2017 Green made the Pro Bowl every single year. He was also on pace for 1,000 yards in every single one of those seasons, and surpassed that total in all but one season that was cut short by injury. In the 2010s, Green played 111 games and totaled 602 receptions, 8,907 receiving yards, 63 receiving touchdowns, and 80.2 reception yards per game. That means Green achieved 75.3 receptions, 1,113.4 yards, and 7.9 touchdowns per season. Now, Green has missed a good bit of time to injury during his career, so I’m going to add up his per-game averages and apply them to a full, 16-game season. In such a scenario, Green would have managed 86.8 receptions, 1,283.9 yards, and 9.1 touchdowns. The difference between those two hypothetical seasons is obvious and significant. A.J. Green was one of the best and most productive receivers in the league this past decade and he opened up countless opportunities for the Bengals offense. He played an instrumental role in reaching each of their playoff losses.

The Bengals owe a huge debt of gratitude to A.J. Green. He has played on a team with horrible coaching that couldn’t win a playoff game for nine years and he didn’t say a word about it to the media. And now, after he’s past his prime and the Bengals are rebuilding, Green is still there helping them build up their new, young core while he could be chasing a championship elsewhere. I have an immense amount of respect for A.J. Green because what he does on the gridiron is remarkable, but what he does on the sidelines is honorable. 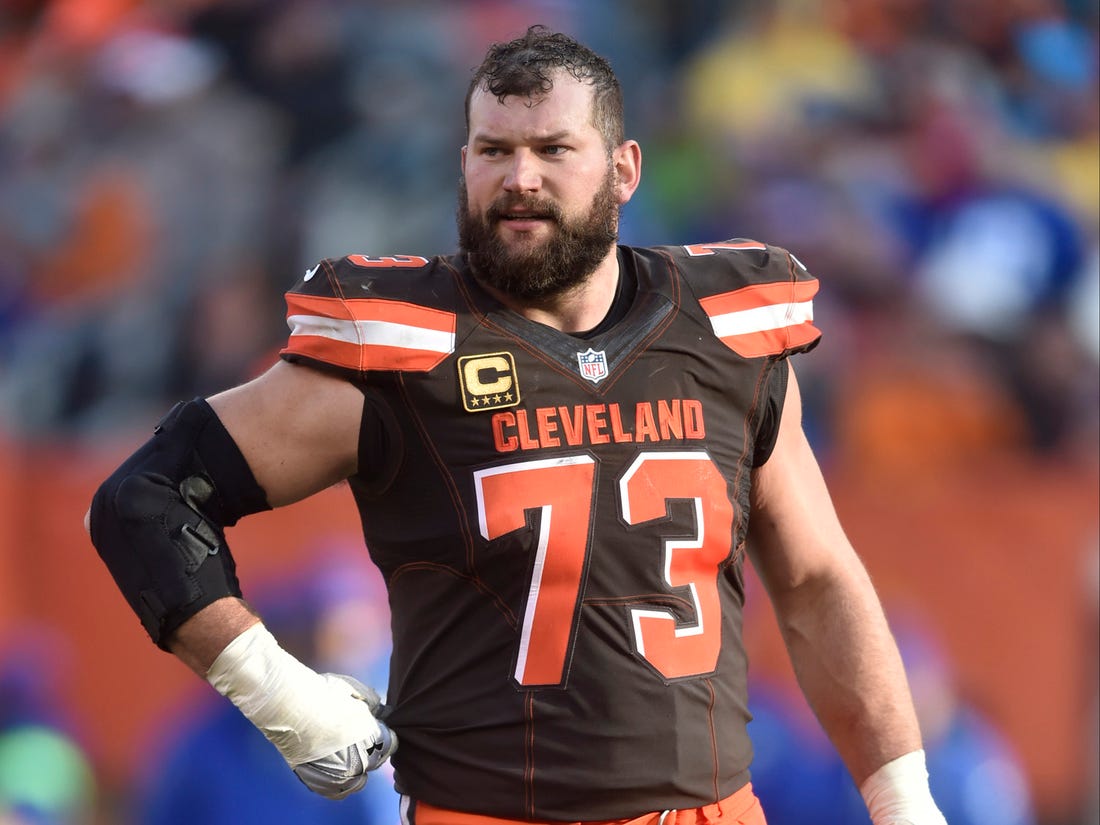 The Browns have had no success this past decade in terms of playoff berth, very few of their many early first-round picks have panned out, and they had a winless season in 2017, which only four other teams have managed to achieve. It’s safe to say that the Browns had very little talent this past decade, and what talent they did have did not perform well enough to influence their team’s success. So, it’s only fitting that their MVP is an offensive lineman.

Joe Thomas is one of the greatest offensive linemen in NFL history, and his career was squandered by the Browns, who have had probably the worst 20-year stretch of any NFL team possibly excluding the Lions. Thomas played from 2007-2017, and he made a Pro Bowl every year except for his last season. He also earned a First-Team All-Pro honor six times, five of which were in the 2010s. There aren’t very many stats regarding offensive line play that I can share to convince you that Thomas was the real deal. What I can say is that it would have been very easy to overlook Thomas’ contributions. An offensive tackle on a team with very little talent, that can’t win games, and that has no star-caliber players is not someone screaming for the spotlight. Yet, the spotlight found Joe Thomas because he was just that good at what he does. Being a Brown was a defining feature of Thomas’ career because everyone now thinks of him as an asset that could have propelled another team to a Super Bowl, but instead he was a Brown.

The Browns had almost no other contenders for this award because they wasted a lot of their top picks on quarterbacks who flopped and nobody else picked up the slack. Thomas was the clear choice because there was nobody who embodied the Browns’ players and fans more than him, their loyal and lovable offensive tackle who deserved far better than he got. In a weird way, Thomas almost doesn’t get enough credit for what he did because all his hard work and brilliant play amounted to nothing but a Hall of Fame career on a losing team.